Look, I know I should be excited about driving a McLaren 600LT Spider. And in principle, I am.

However, as I stand atop the Brecon Beacons with the keys to this rear-wheel-drive track-focused weapon in my hand, I can’t help but be apprehensive. It’s currently raining sideways, with rivers that’d put some of the Thames’s tributaries to shame forging a path along the road I’d planned to get to know Woking’s finest on. 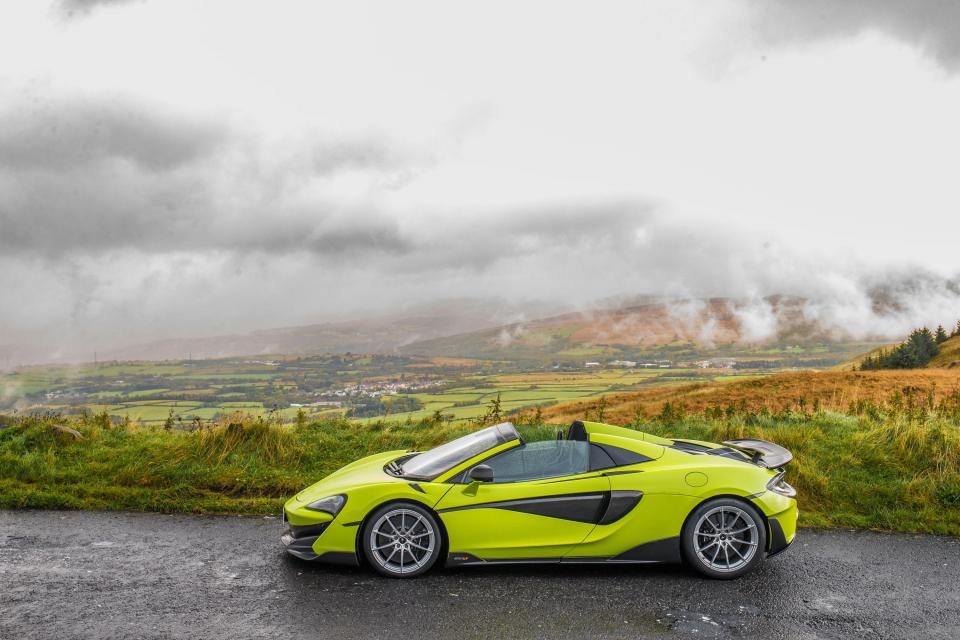 ‘Have you seen the tyres?’

My colleagues, keen to do nothing to dispel this apprehension, invite me to run my fingers across the almost-slick rubber, which probably has all the water-dispelling properties of a sponge.

With the rain abating, I decide to take my chances. Approaching the car, I drink in its features. The lime-green paint is a bit garish for my tastes, but McLaren has nailed styling cars with aggressive curves, while the splitters that hover millimetres above the ground give it a purposeful stance. 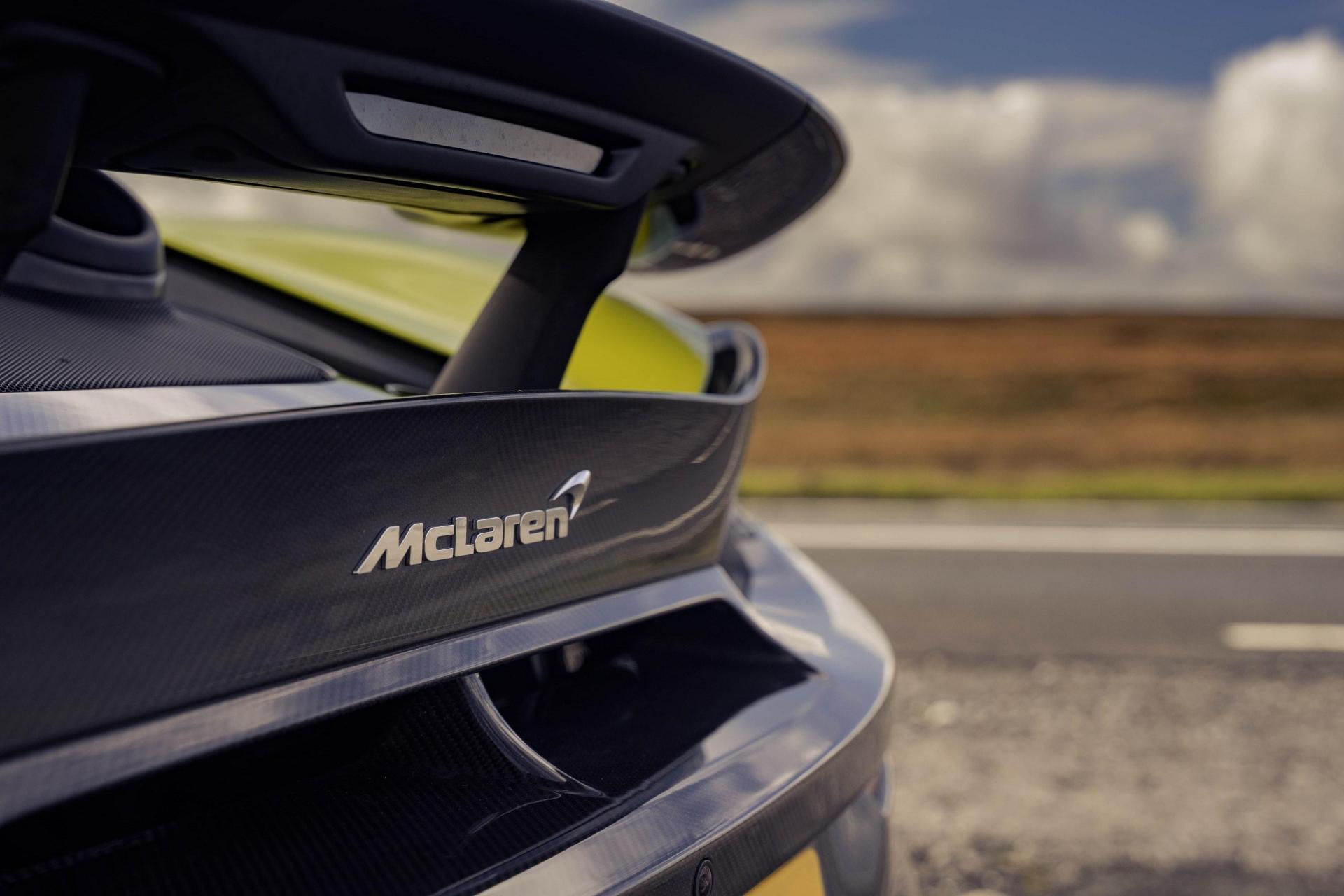 The twin top-exit exhausts that spit flames at full chat are just the icing on the cake.

Even getting in is pure theatre. Glide your fingers beneath the fins that hug the side of the car, push the release button and lift the door towards the sky.

But despite those glamorous aspects, ingress and egress aren’t elegant affairs, with the seat sunk low to the floor and the long windscreen really requiring a ‘mind your head’ sticker. 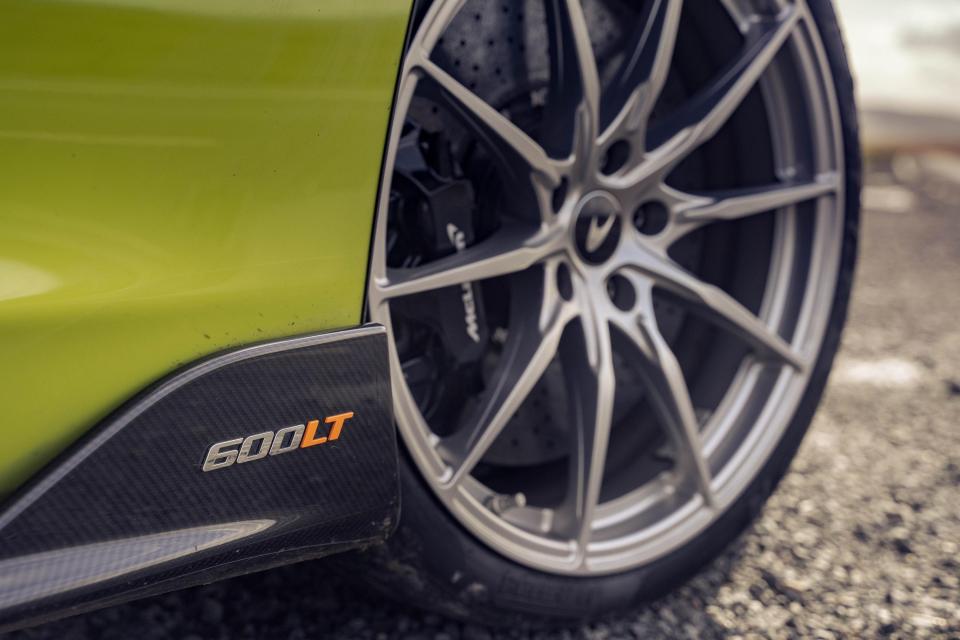 However, once you’re in, you’re really in.

The cabin cocoons around you and the driving position is spot-on. My lanky frame can never truly get comfortable in cars, but McLaren just gets it. You’re on the floor, leaning back slightly with legs outstretched, the expanse of glass around you making visibility surprisingly good for a supercar.

I thumb the start button and the 3.8-litre twin-turbo V8 barks into life, the whole car reverberating around me. As I pull on to the road, rivers streaming towards me, I decide to throw caution to the wind and give it a bit too much throttle – you know, just to see what happens. 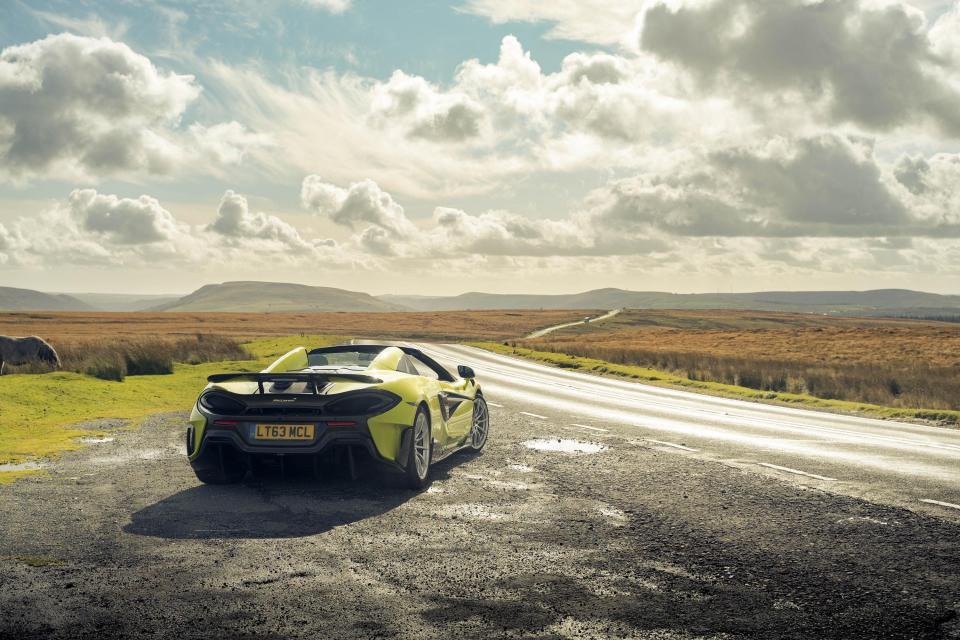 What happens is not in the least bit surprising, as the traction control system makes a brief intervention before realising containing all that torque in the wet would be about as successful as holding back a train with a rubber band. The near-slick tyres kick to the side, revs flare and I clench everything.

I give what people who think they’re good at driving often refer to as ‘a dab of oppo’ and ease off the throttle, pretending my lightning-fast counter-steering saved the day and it wasn’t just luck that saw this £200,000 (approx. €240,000) carbon-fibre warhead stay on the road. 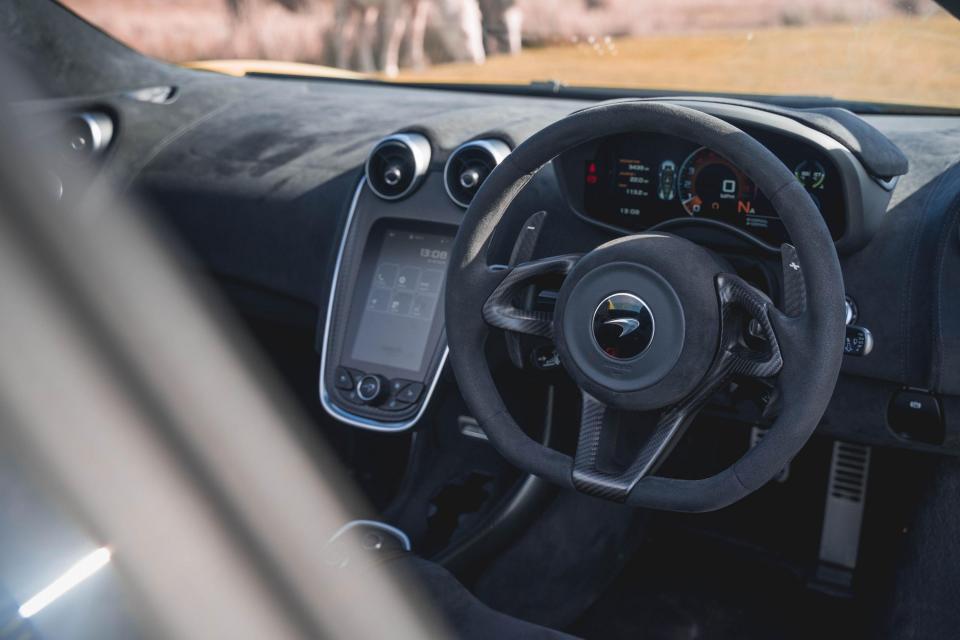 The next 10 minutes are spent waiting for the adrenalin in my veins to dilute, with the Spider in its gentlest settings. The term ‘gentle’ is relative of course, but McLaren has made a habit of creating suspension that’s taut when you need it to be but supple when you don’t.

If I wasn’t sitting on thin carbon-fibre seats with apologetic padding placed on top, I’d almost call it comfortable.

Then I discover micro-climates are a wonderful thing. Because as I crest another mountain, I find a deserted and twisty section of road that’s at worst mildly moist. Time to swallow a brave pill and see what this thing is made of. 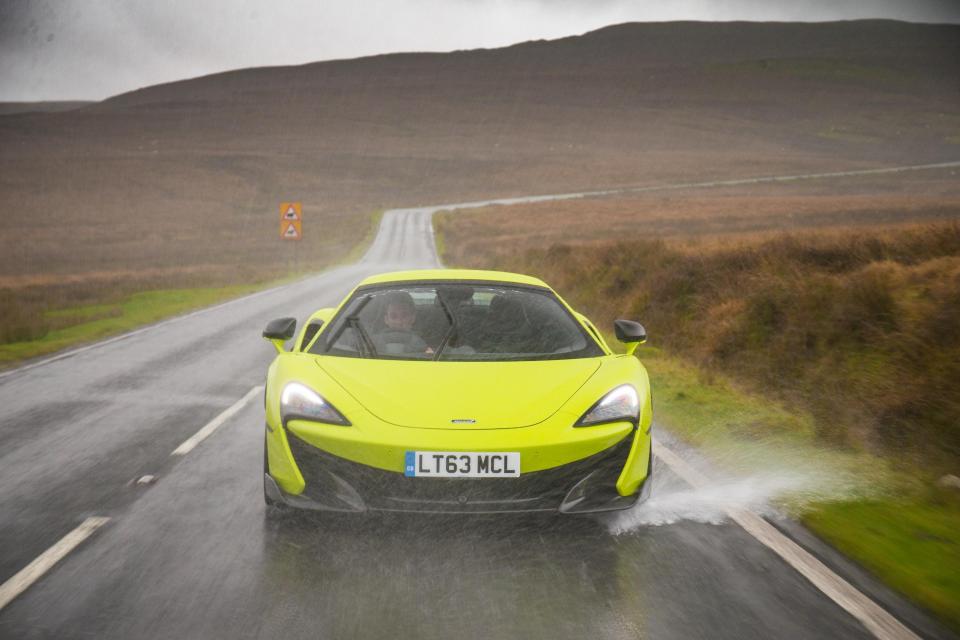 I daren’t flick the switches to Track mode just yet, instead opting for Sport, which tightens everything with a little more urgency. Exercising a little more restraint this time, I charge on with the twin-turbo V8 spooling up without hesitation and with a deep, angry soundtrack bellowing behind my head.

With the rain gone, the tyres can grip, and the urgency of the steering becomes immediately apparent, seemingly reacting to every twitch of your bicep. Knowing I might not get another chance to experience this thing in the dry, I flick to Track mode and go again.

Sport mode is all you need in reality, but once you experience the 600LT in attack mode, it’s hard to ever go back. It somehow finds even more responsiveness, with throttle inputs now equating to genuine violence from the engine. 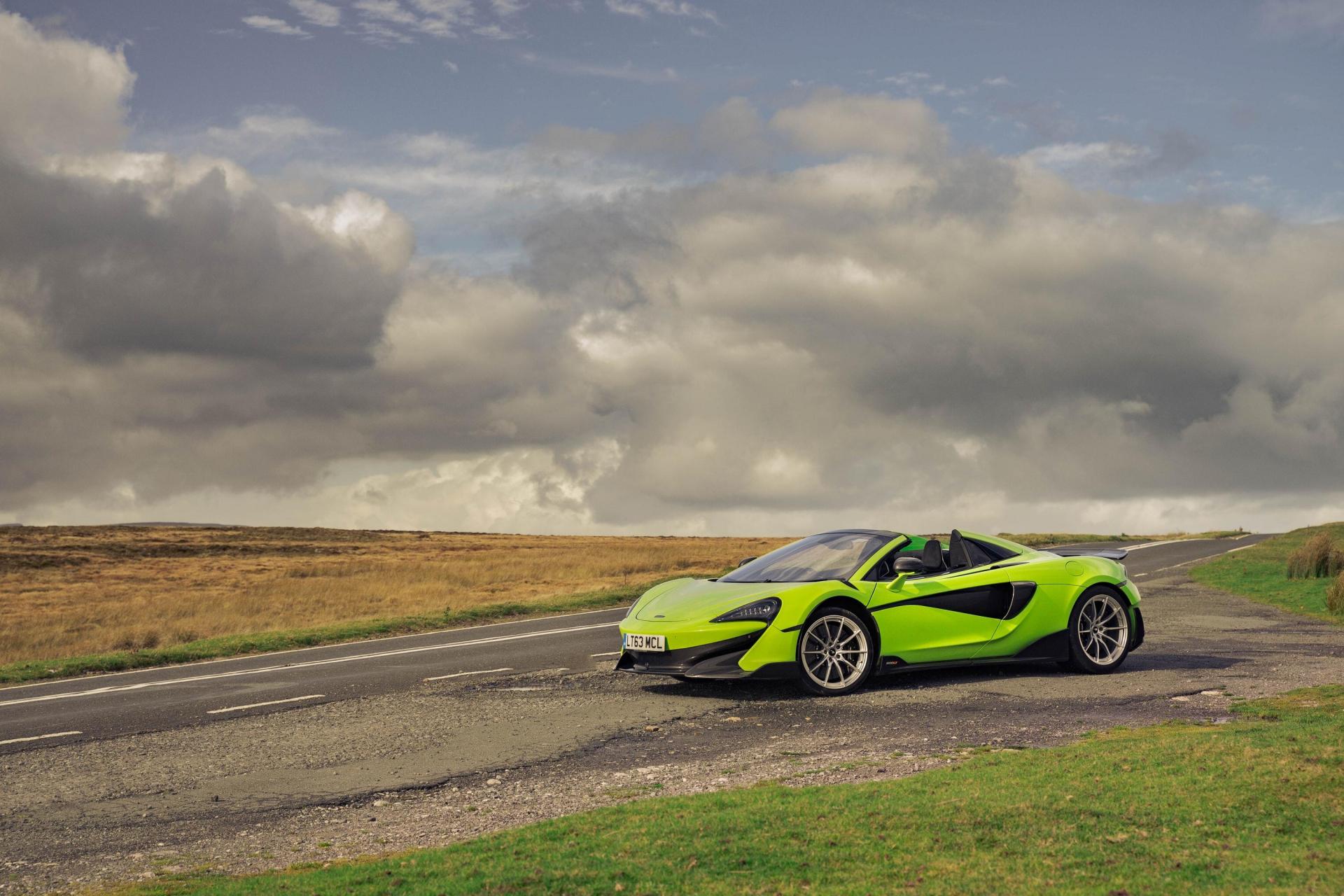 You’re aware of the car’s brain minutely managing power output as the tyres skip under hard acceleration, but there’s no perceptible delay in forward motion.

Your brain, meanwhile, goes into survival mode, your muscles tightening your grip on the wheel, your eyes out on stalks reading the road ahead, trying not to be distracted by the cacophony of explosions that accompanies your blitz on the horizon. 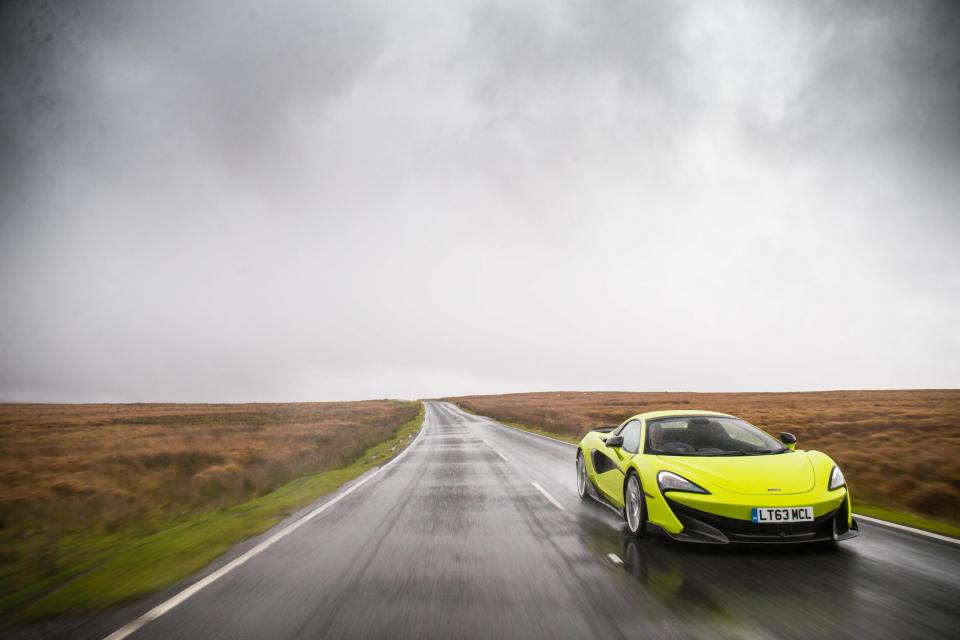 It’s an all-encompassing experience – one that requires every inch of concentration and drains you physically and mentally.

This sort of car will always struggle in our Road Test of the Year because it lacks comfort and practicality – and it suffers on the technology front, too, because the infotainment system is rubbish, while our car binged and bonged about non-existent tyre pressure issues.

But for purity of performance and for the pure experience of driving this car, it’s got everything here ticked.