Legendary Nigerian drummer Tony Allen, who pioneered Afrobeat alongside his old band mate Fela Kuti, was knocking out rhythms right up until his death last year at the age of 79.

And as shown on a new album out this week, Allen never stopped pushing boundaries and promoting young talent.

At the time of his death in April 2020, he was deep into a new project that aimed to showcase a new generation of stars.

"Tony wanted to do a rap album, to feature some young rappers, boys and girls, but outside the norm," the new album's co-producer Vincent Taeger told AFP.

His friends and collaborators decided to complete the work he had started, resulting in There Is No End, which is released on Friday.

"When he left us, it was very hard," Taeger said. "A month later, his record label and manager contacted me to say: 'You made a lot of progress, you should respect the wishes of the master and finish the album'." 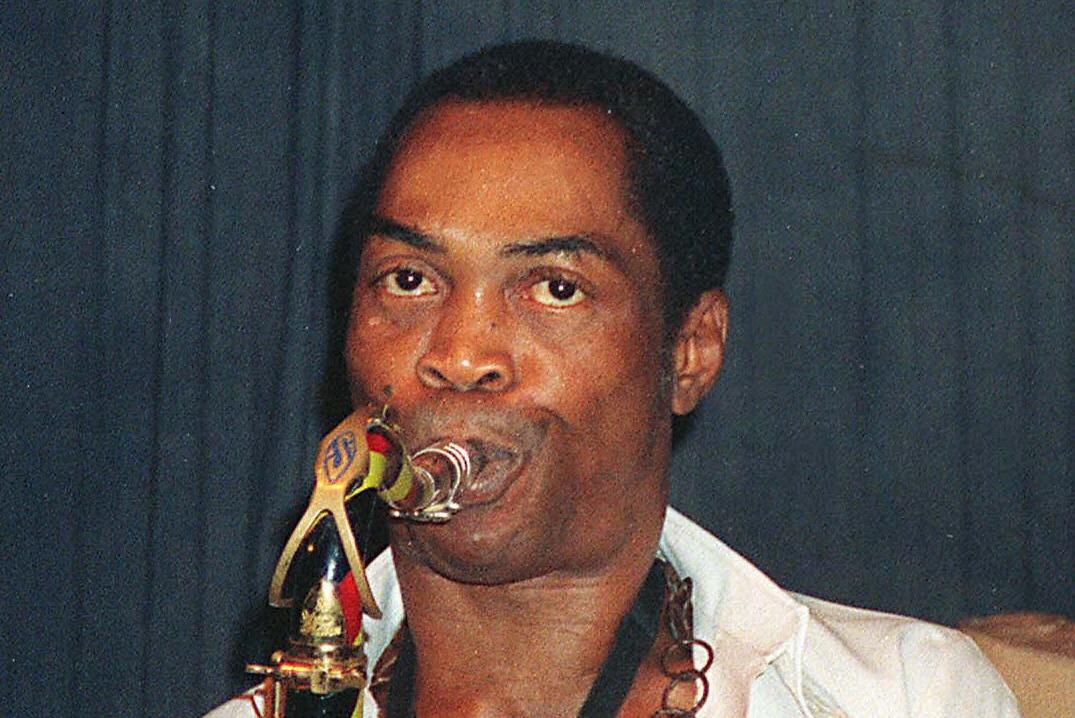 Allen had already recorded the drum parts and some bass lines and was exploring potential collaborations with up-and-coming artists.

"Tony always loved hip-hop. With Fela, there was already the groove, the party, the dancing that lasts all night, just like the early rap sound-system parties," Allen's manager Eric Trosset told AFP.

Allen was one of the founding fathers of Afrobeat in the 1960s and 1970s as a drummer for Fela Kuti and musical director of his Africa '70 band.

They recorded around 40 albums together before parting ways after a 26-year collaboration.

Allen continued to reach new audiences, particularly through his work with Blur singer Damon Albarn and his groups Gorillaz and The Good, the Bad and the Queen.

For the new album, the only song that had been completed at the time of his death was Cosmosis featuring British rapper Skepta and poet Ben Okri, who are also of Nigerian origin.

But that represents just a small part of the eclectic mix of styles brought together posthumously by Taeger and another frequent collaborator, Vincent Taurelle.

Rich Black brings in the rhymes of US rapper Koreatown Oddity, while Tres Magnifique has nods to Tom Waits.

And it falls to young British star Lava La Rue to match the tempo set by Allen on One Inna Million.

"We've managed to make an album that resembles Tony with some really great featured artists, not all of them very well known yet, that will give them a boost. Tony was always a smuggler in that way," said Taeger, who goes by the name Tiger Tigre for his own solo projects.

"At the start, I said, 'Damn, Tony isn't here, it's going to be very different. He obviously wanted to meet these rappers for the recordings in all four corners of the globe," he added.

"But he trusted me, he knew that I spoke the same language as him."

Even without Allen, the possibility of bringing the album to the stage has not been entirely ruled out, said Taeger, who is considering a crowdfunding campaign.

"I've thought about it. There are a lot of great drummers like Questlove (of The Roots), Anderson .Paak, who knew him. They could do a few concerts to show off Tony's style."