His team will feature 17 ministers and eight parliamentary secretaries as well as himself as Prime Minister, for a total of 26 members.

In a statement issued through the Office of the Prime Minister, Dr Abela highlighted three key changes: the decision to combine the environment and planning into one portfolio; introducing law enforcement as a named brief as part of the Home Affairs portfolio; and combining EU and Foreign Affairs into one portfolio.

The ministers and parliamentary secretaries will take their oaths of office on Wednesday afternoon. 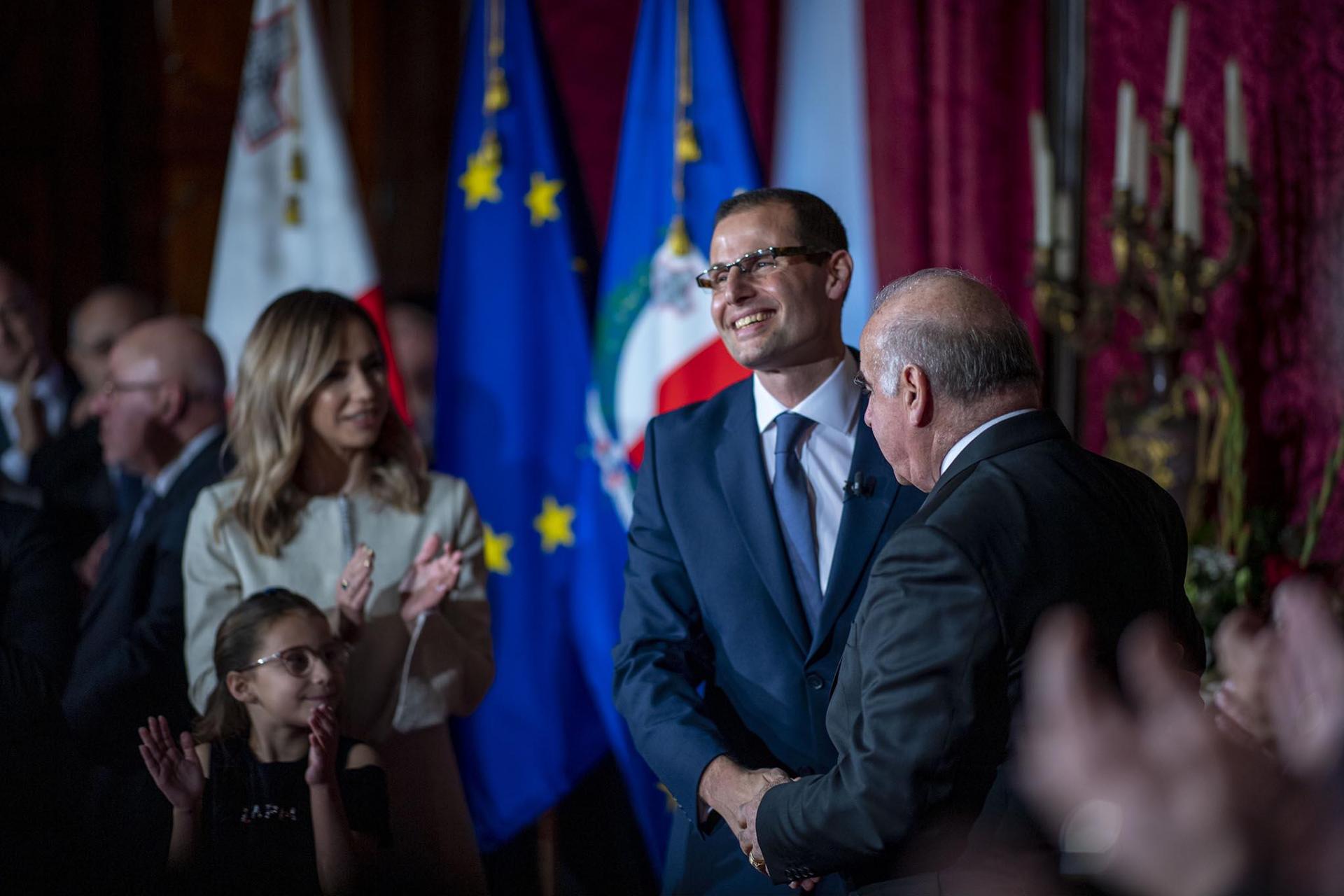 Robert Abela being sworn in as prime minister on Monday. Photo: DOI/Jason Borg

Dr Abela has jumped from the backbenches to the frontline without ever making it in Cabinet as a minister. The 42-year-old lawyer from Qormi is the son of president emeritus George Abela and has, until the PL’s leadership kept a low profile. He was first elected to Parliament in June 2017 and is married to Lydia Abela, who currently serves as executive secretary of the Labour Party. 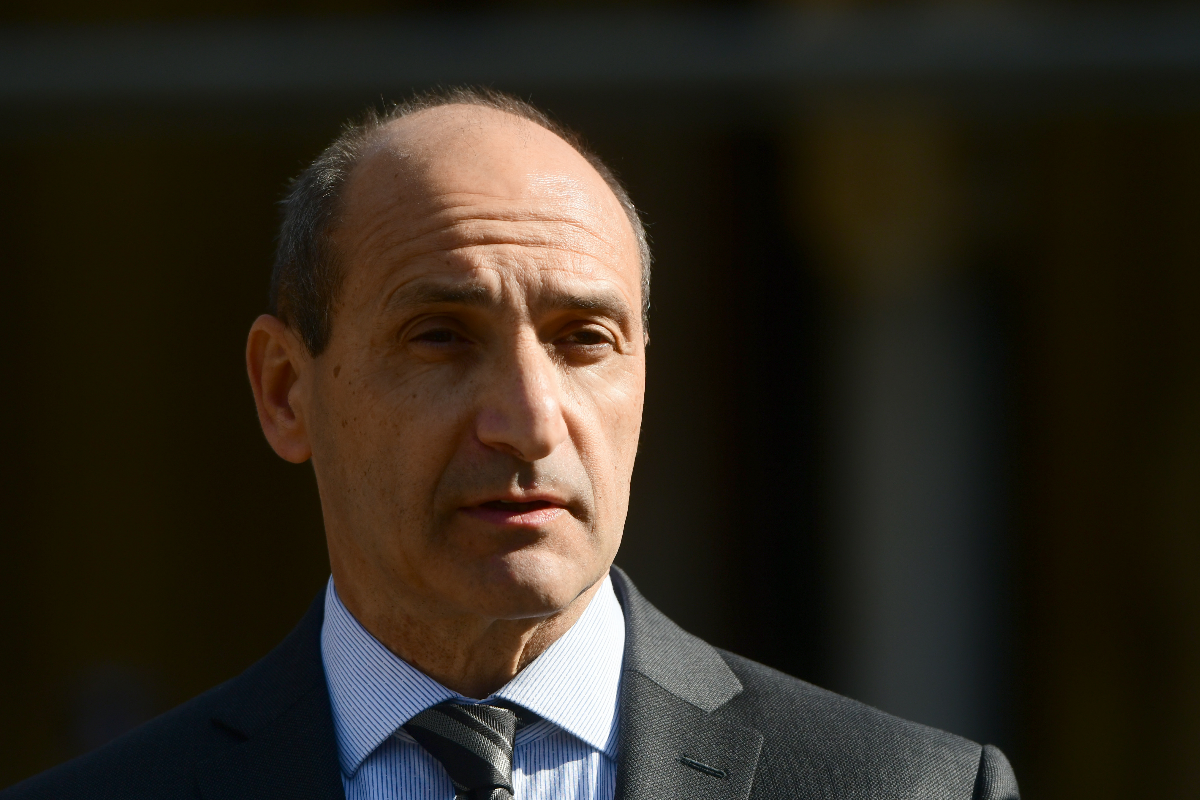 A paediatric surgeon by profession, Mr Fearne was first elected to public office as an MP following Labour’s 2013 electoral victory. He was appointed Parliamentary Secretary for Health in April of 2014 and promoted to Health Minister two years later. He lost a Labour leadership race to Dr Abela last week and will remain in his previous post. 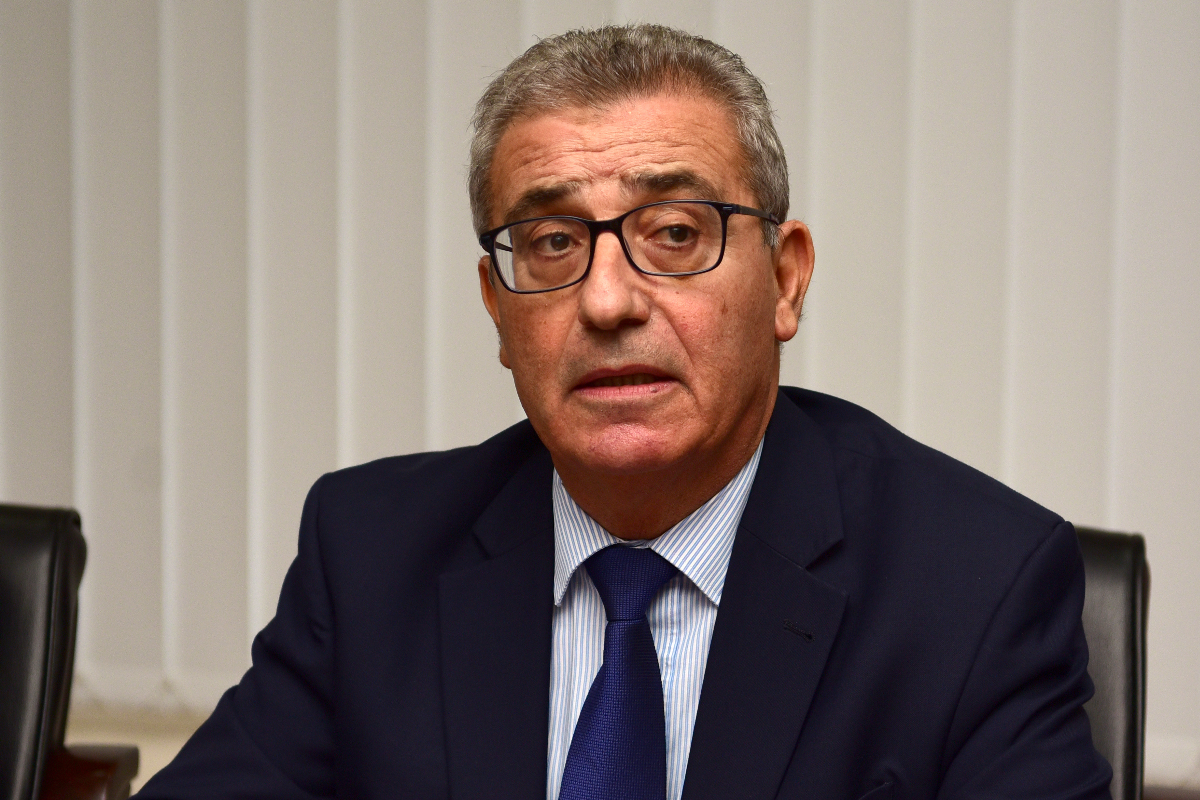 Mr Bartolo has been an MP in every legislature since 1992 and has served as Education Minister in three different legislatures. This will be the first time he serves with a different brief. The 67-year-old is remembered by some as head of news of the PL media and a De La Salle College teacher or University of Malta lecturer by others. 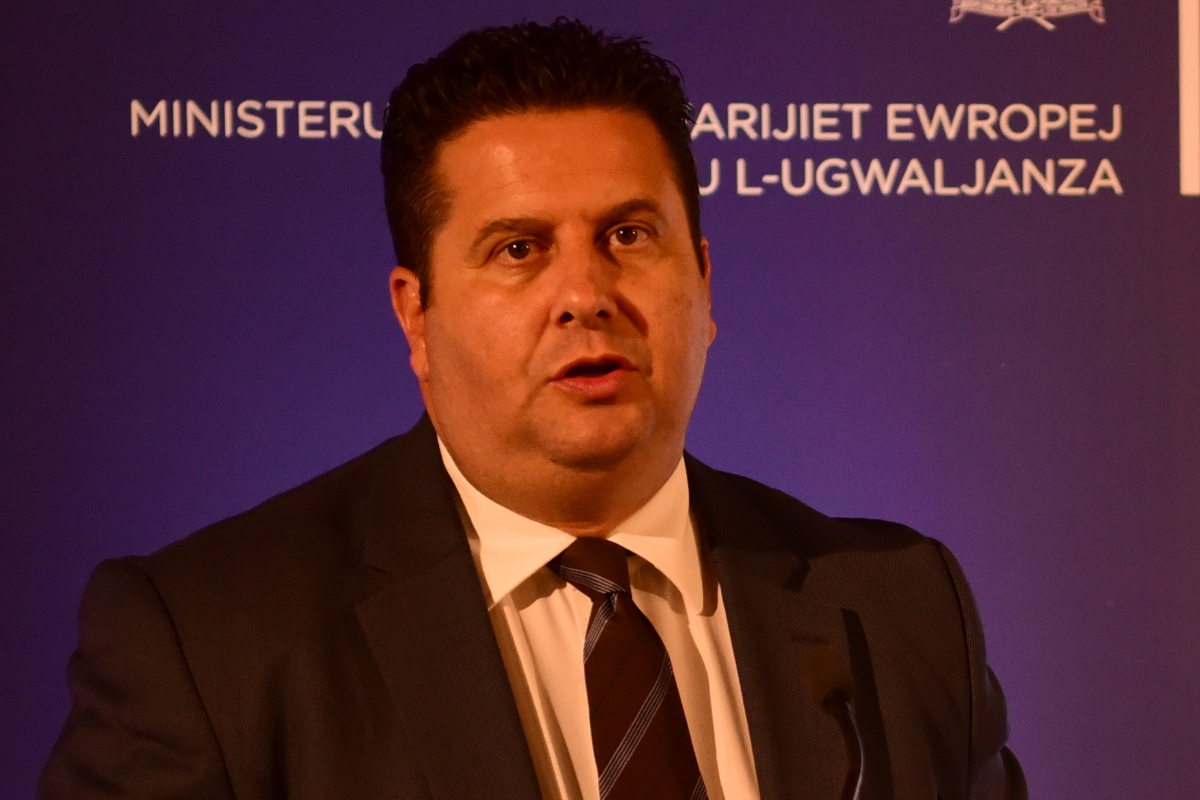 Dr Zammit Lewis has hopped from one portfolio to another: elected to Parliament in 2013, he has been responsible for competitiveness and economic growth as parliamentary secretary, tourism, European affairs and equality as minister, and has now added justice to the list. He is a lawyer by profession, and mainly worked in the civil, commercial, administrative and constitutional areas. 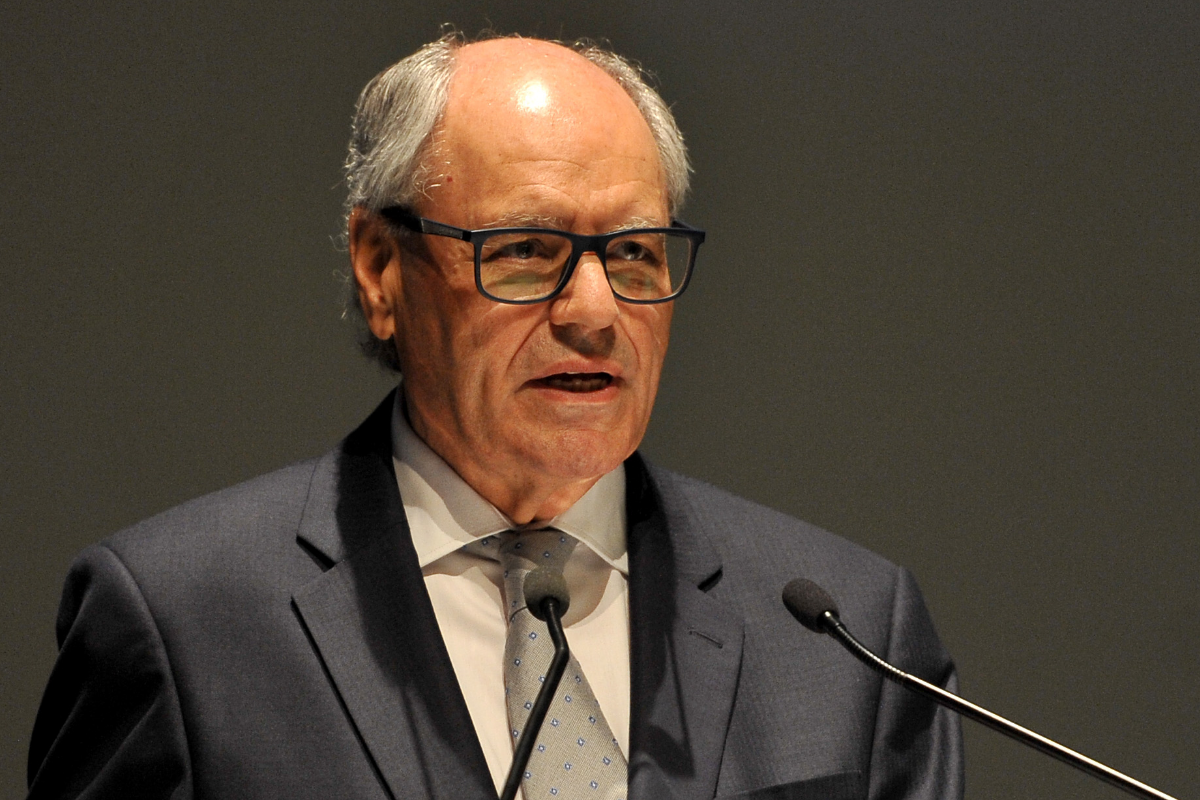 The oldest Cabinet member, Edward Scicluna is an economist by profession. He is one of the few who has retained the portfolio that he was entrusted with when elected in 2013. Before that, he was one of Malta’s MEPs. Internationally Scicluna has carried out consultancy work for the EU Commission, Unesco and the UN’s Environmental Programme, among others. 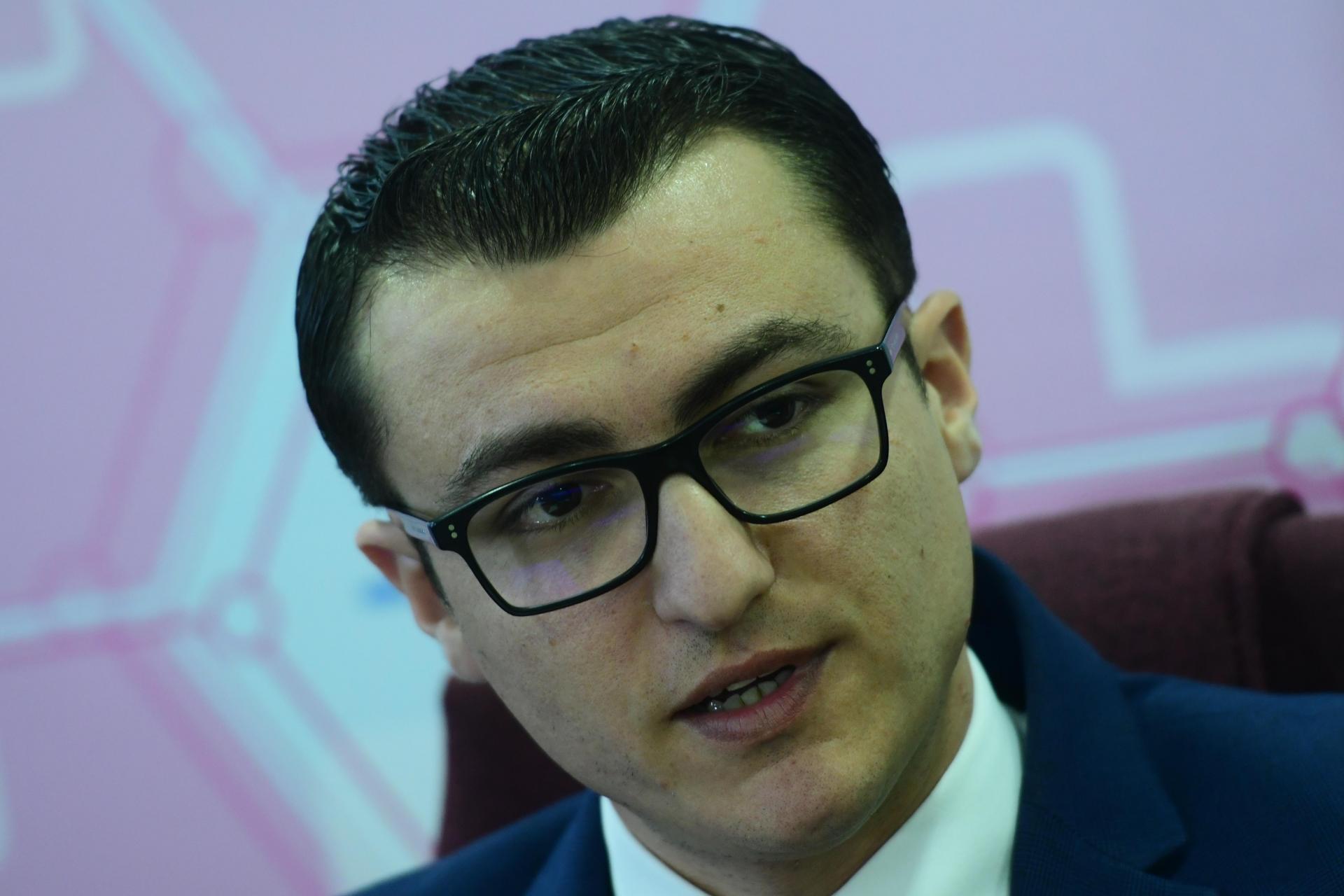 The son of a Luqa mayor, Mr Schembri was elected to parliament in 2013 at the age of 27, unseating his uncle Charles Mangion. The following year he was appointed chair of the Responsible Gaming Foundation and following the 2017 election, he was entrusted with the role of parliamentary secretary for financial services. Schembri was president of the Pulse JC movement and public relations officer of the General Workers’ Union Youths’ Section. 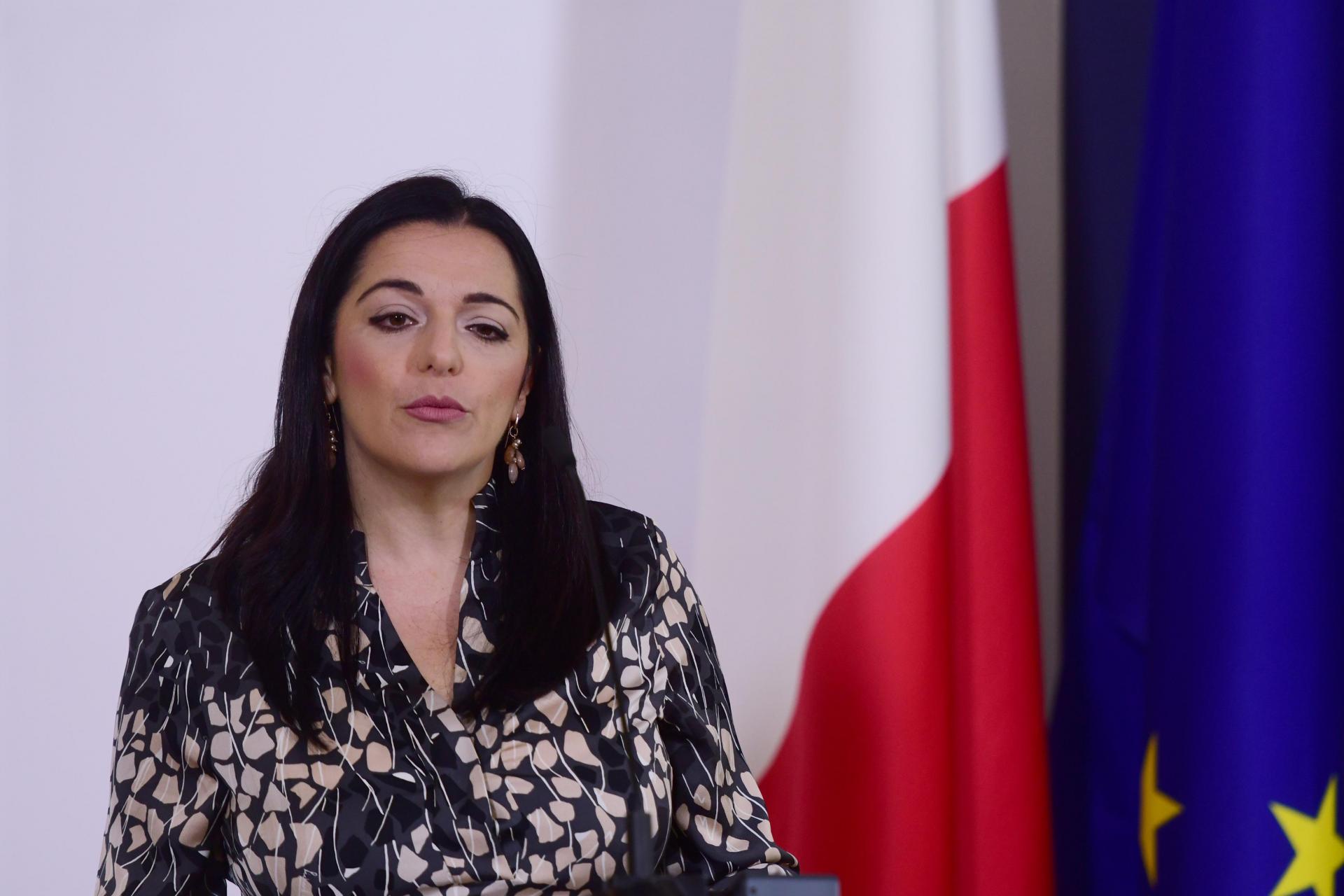 Ms Farrugia Portelli worked for two decades in journalism and was the first female editor of a Maltese newspaper. She was elected to Parliament in 2017, following five years at Projects Malta Ltd. As Parliamentary Secretary she was mostly known for working on reforms pertaining to prostitution and cannabis as well as the reform granting 16-year-olds the vote. 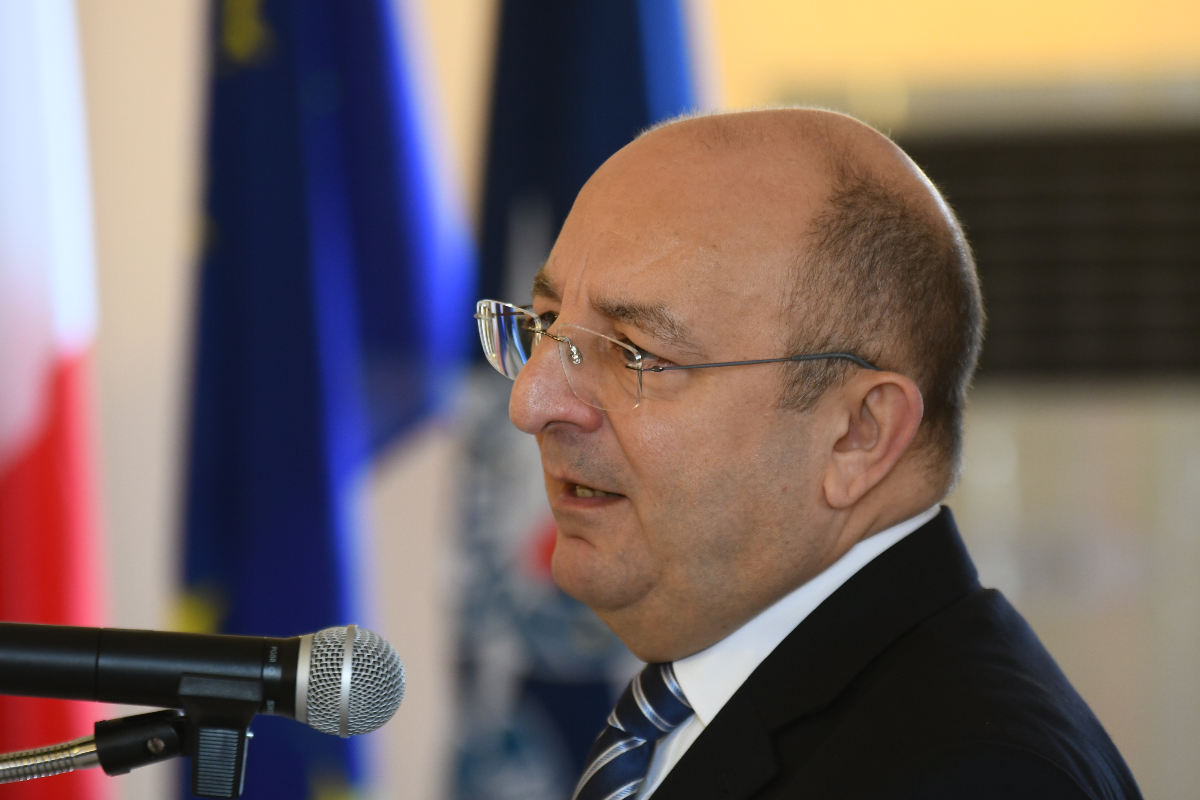 Like his colleague Evarist Bartolo, Farrugia was first elected as a member of parliament in 1992 and in all subsequent elections. But unlike Mr Bartolo, the medical doctor has had a colourful array of portfolios: in 1996 he was sworn in as Minister for Health, Care for the Elderly and Family Affairs. Since being elected to government in 2013, he has been entrusted with the Parliamentary Secretariat for Planning and Administrative Simplification, the Family and Social Solidarity Ministry, the Home Affairs and National Security Ministry and now the Energy Ministry. 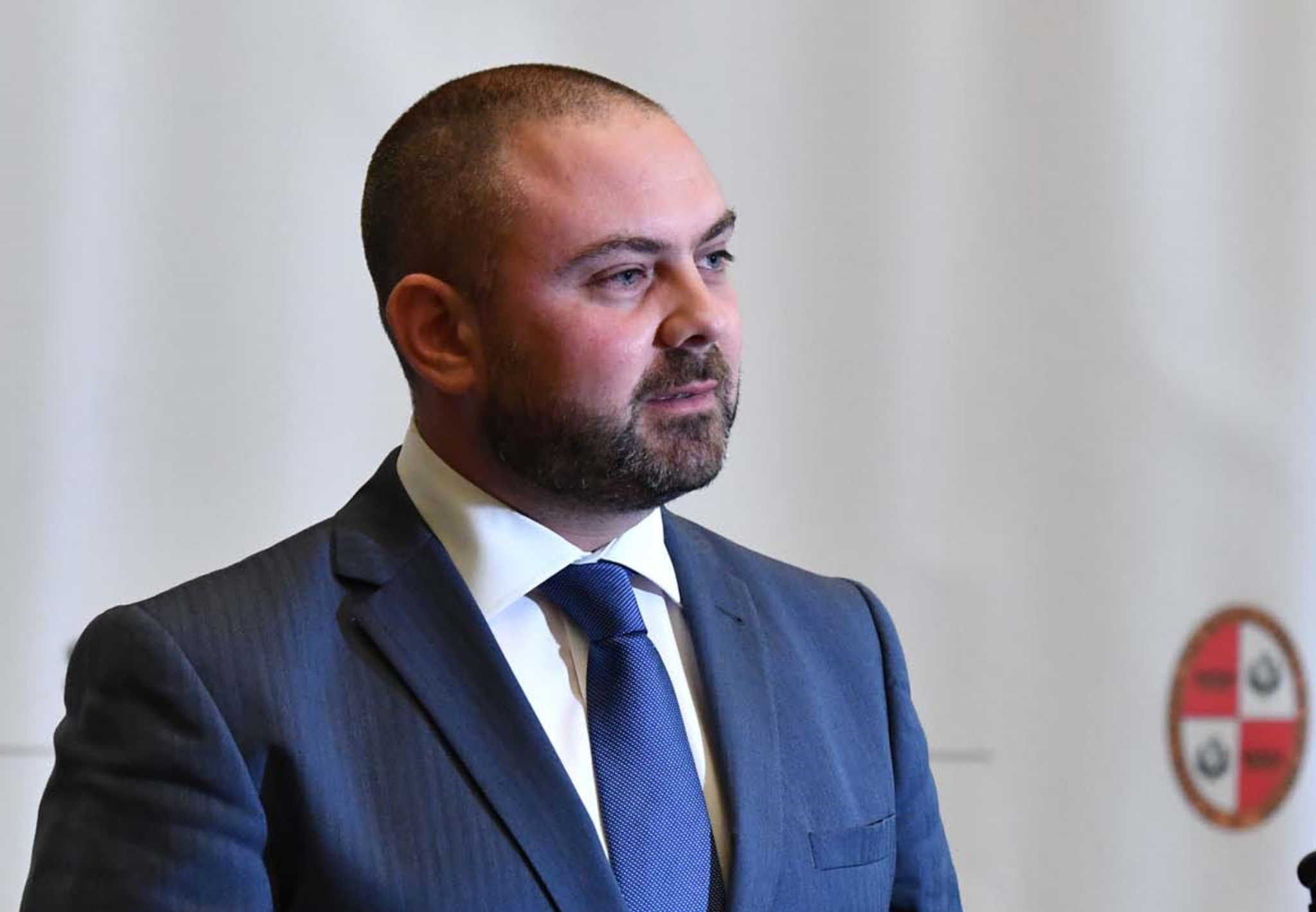 First elected as an Opposition MP in 2008, Bonnici was made a Parliamentary Secretary for Justice in 2013 to Minister for Justice, Culture and Local Government in 2014. He retained his portfolio when elected again in 2017. 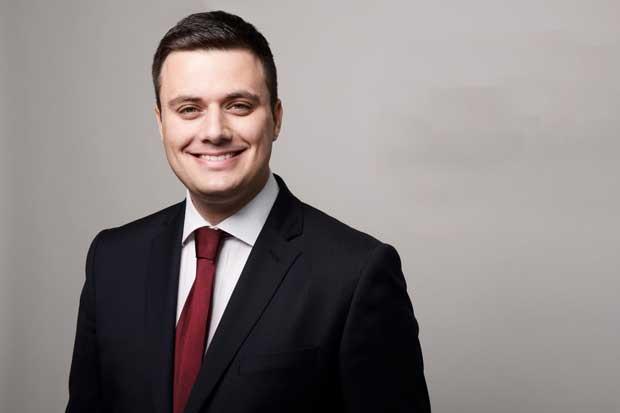 Byron Camilleri continues his rise up the political ladder. The 32-year-old lawyer was first elected to parliament in 2017 and was immediately made government whip during his maiden term as an MP. He will now be responsible for a large portfolio that includes the police and Armed Forces. 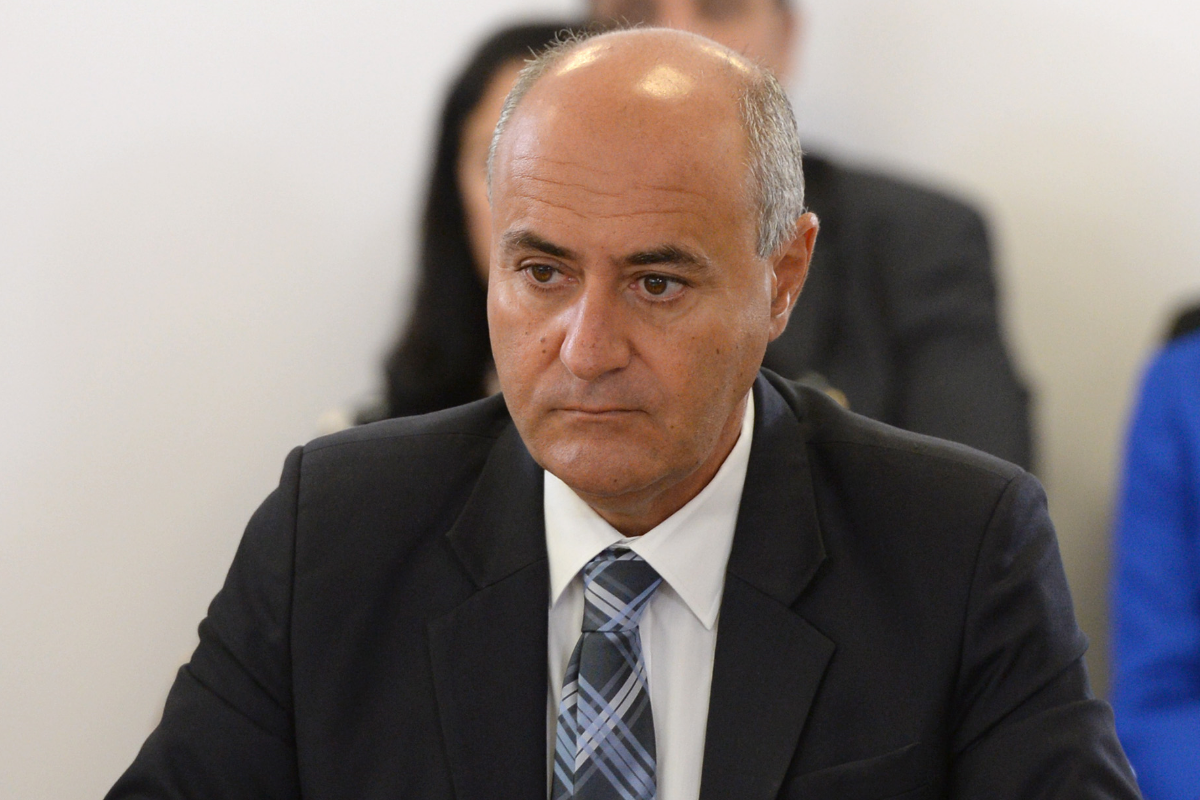 Dr Herrera has served as an MP for the past two decades and will now serve in his fourth official role since 2013. That year, he was made parliamentary secretary for competitiveness and economic growth. One year later, he was parliamentary secretary for culture and local government. In 2017 he was made Environment Minister, responsible also for Sustainable Development and Climate Change. 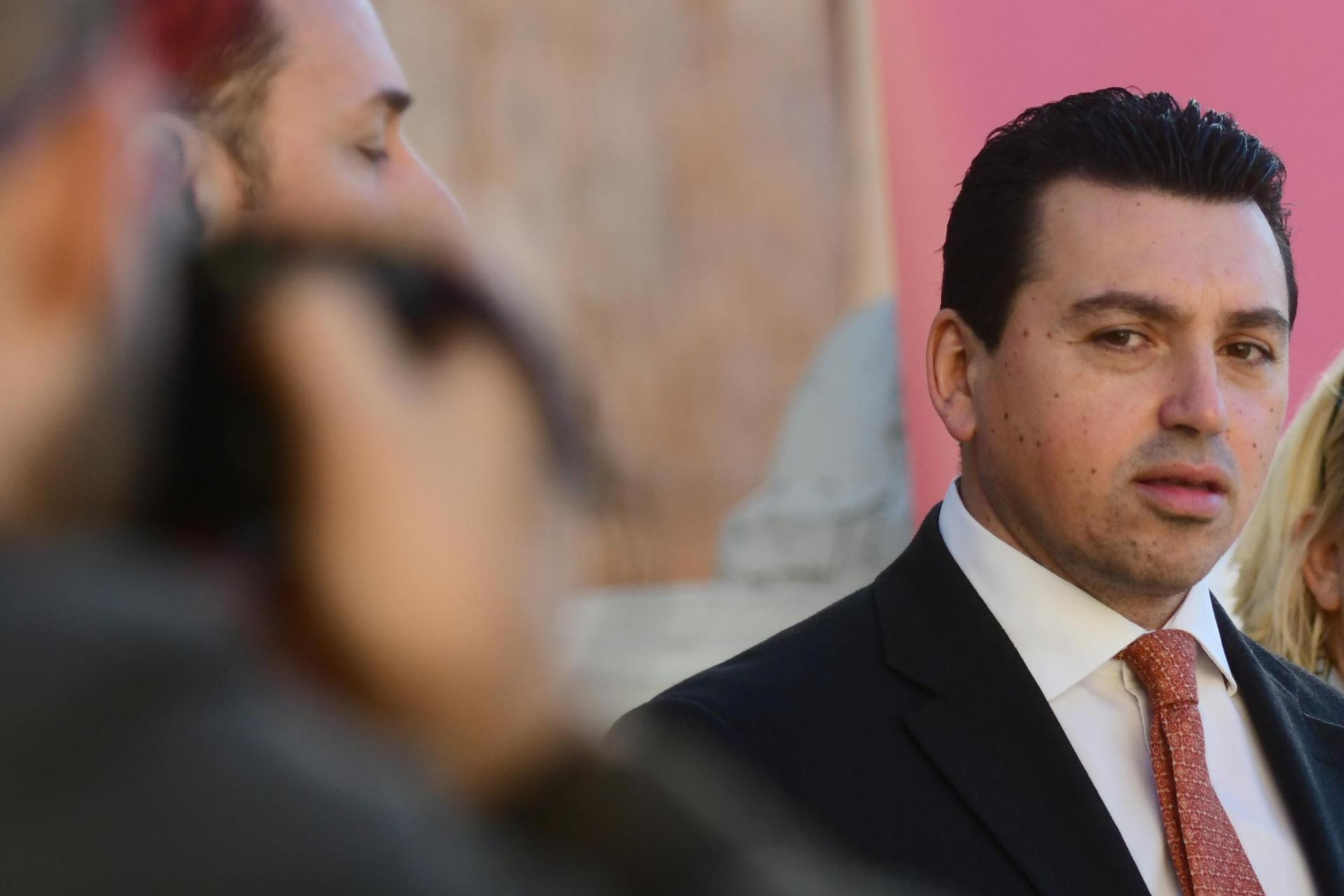 Aaron Farrugia, an economist by training, has been active in the Labour Party since his youth, having led the Labour Youth Forum. He served as deputy mayor of Ta’ Xbiex and then went on to co-found Labour think-tank Fondazzjoni IDEAT. In 2017 he was elected to parliament for the first time and was made parliamentary secretary for EU Funds. This is his first ministerial position. 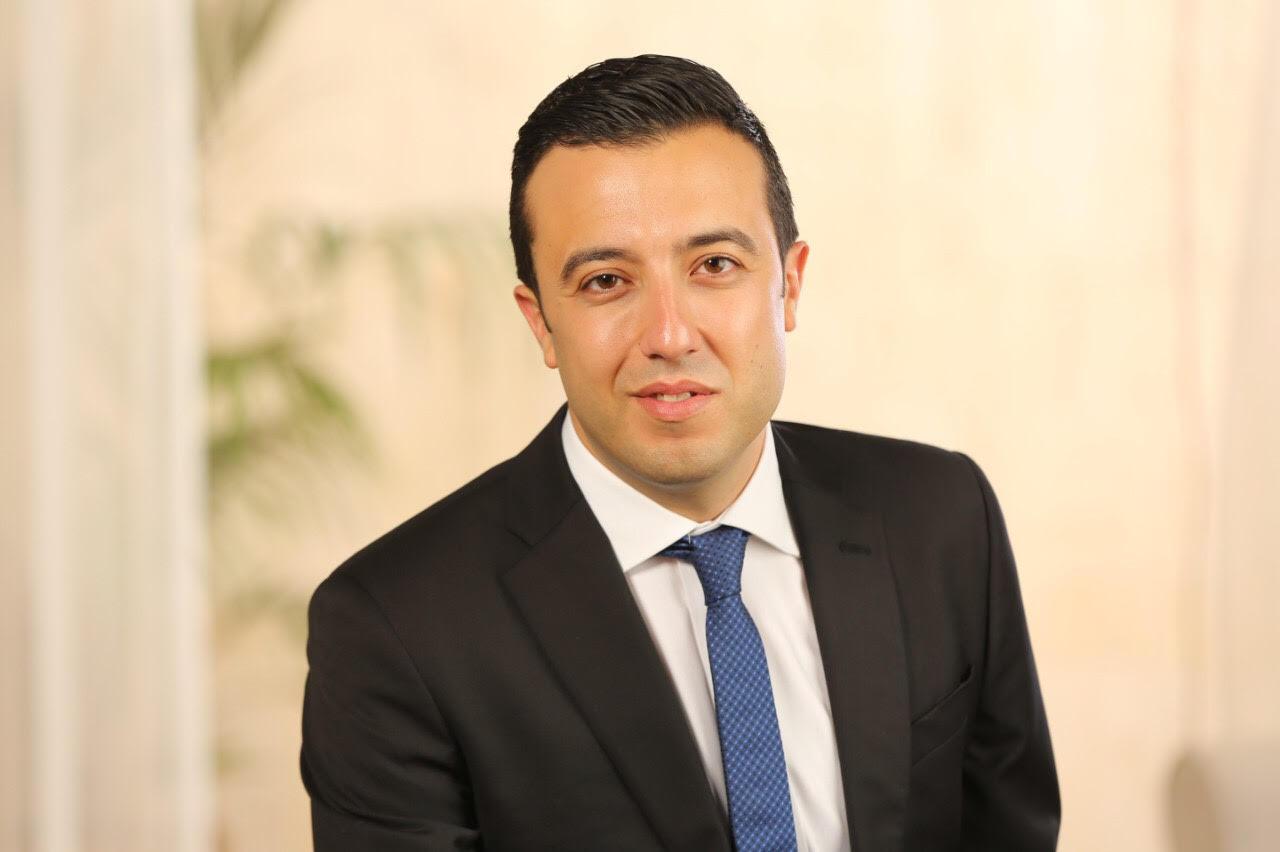 The only Gozitan man in Cabinet, Mr Camilleri is an architect and civil engineer by profession, and a trapper in his free time. He successfully contested his first-ever local council election in 2012 and was elected mayor of Qala. He was subsequently elected to Parliament in 2017. Aged 31, he is one of the youngest members of Cabinet. 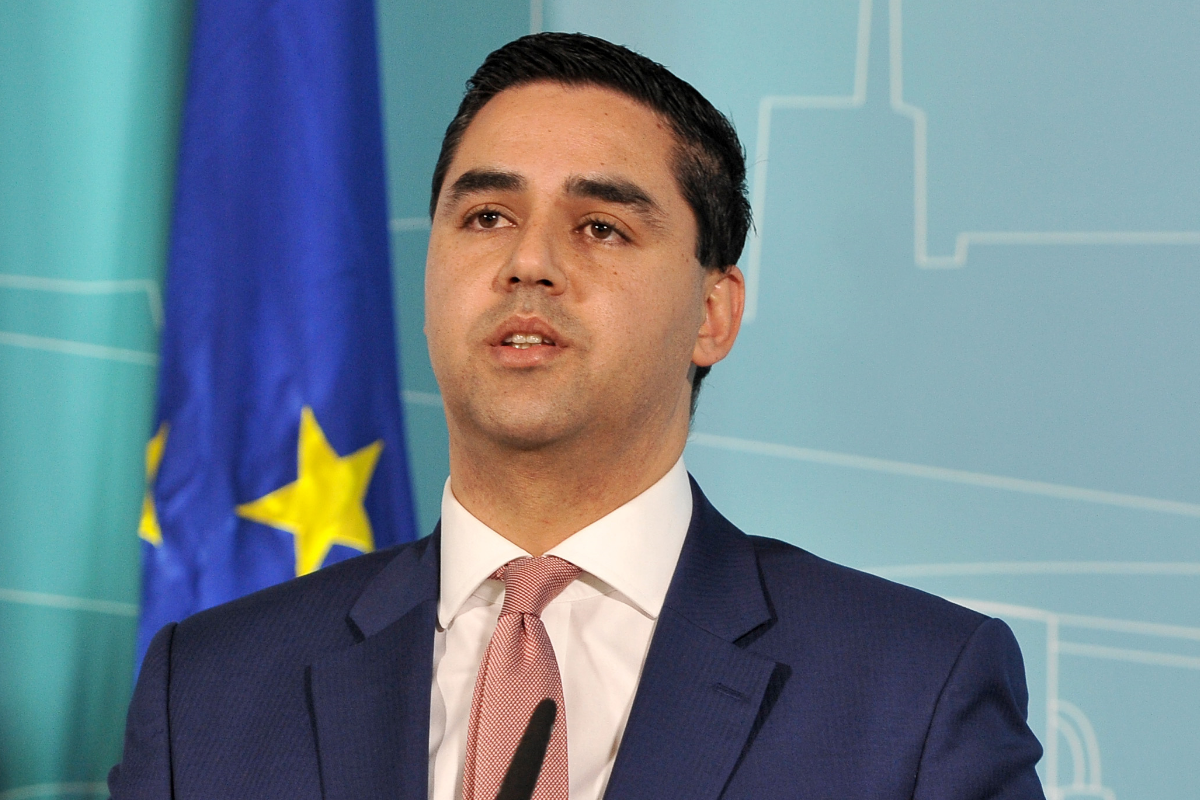 Dr Borg continues where he left off under Joseph Muscat, with his portfolio largely unchanged. The Dingli lawyer was elected mayor of his hometown aged just 19 and then entered national politics in 2013, when he was made a parliamentary secretary responsible for Malta's EU Presidency. 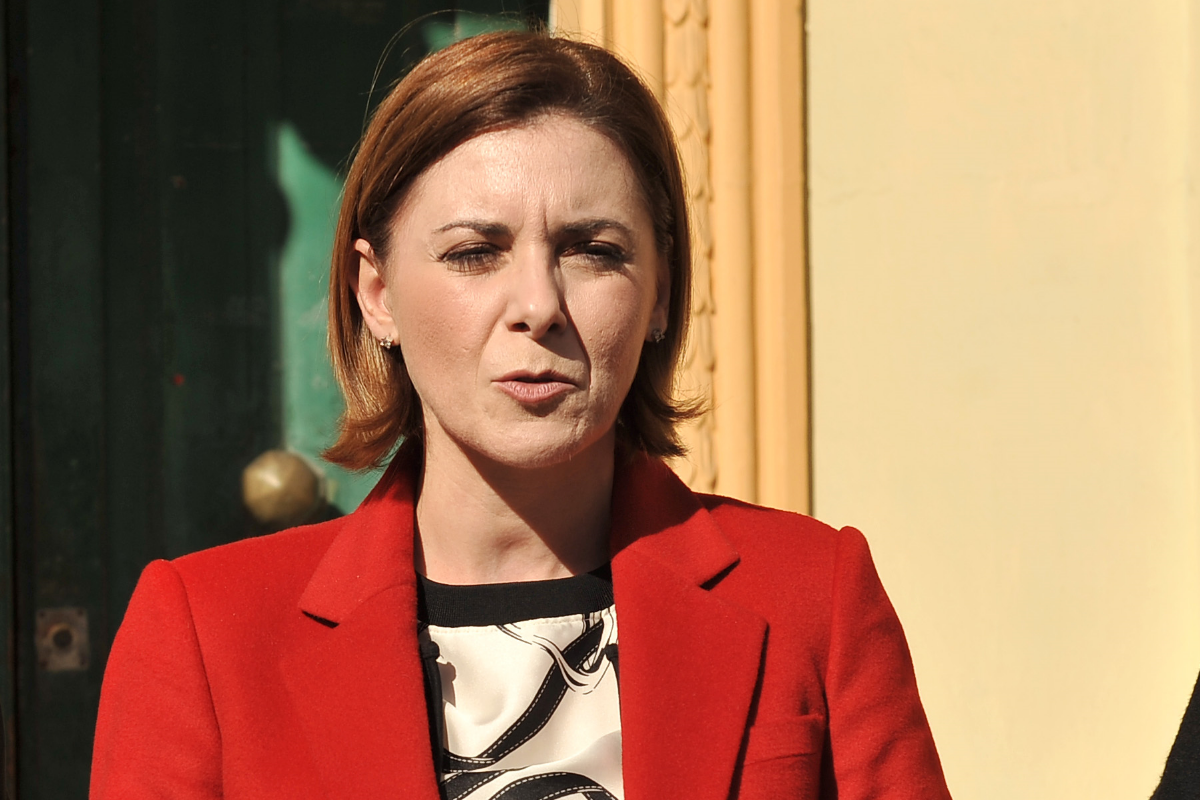 A lawyer by profession, Dr Caruana has formed part of parliament in every legislature since 2003. She was made Gozo Minister in 2017 and will continue in that role under Dr Abela. Between 2014 and 2017 she served as parliamentary secretary for active aging and disability. 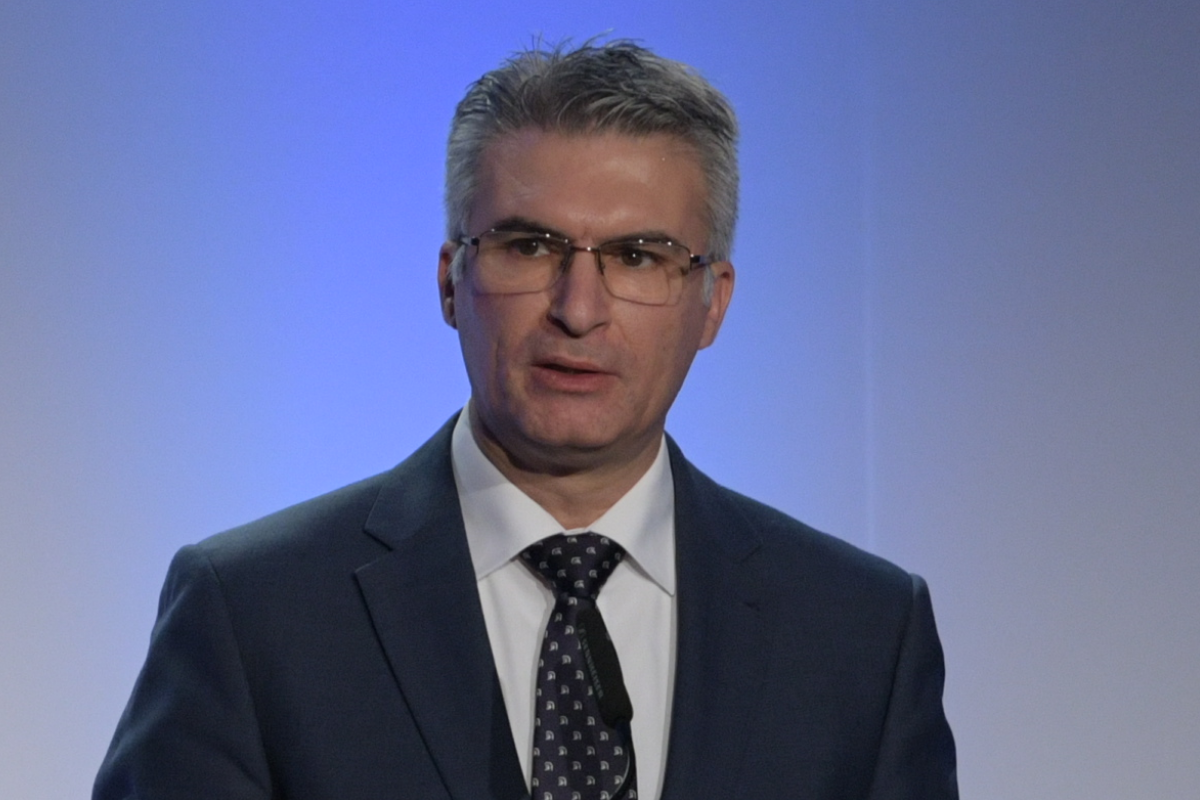 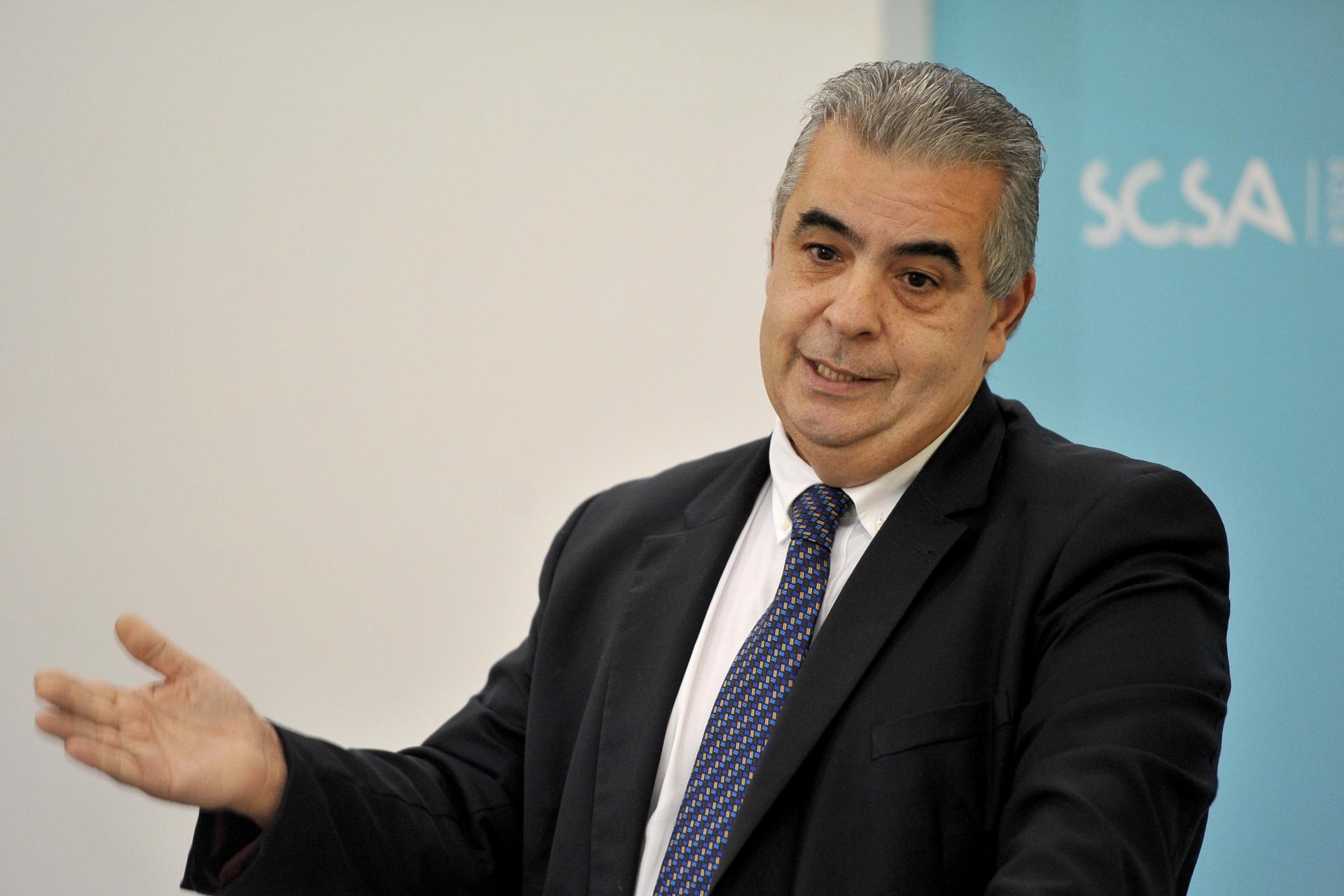 Michael Falzon will remain in the post he was appointed to in 2017.
He was first elected to parliament in 2008 but already had a long career in Labour politics before that, having served as the party’s election manager, international secretary and deputy leader for party affairs over the previous 15 years.  His first stint as a parliamentary secretary ended ignominiously in 2016, when he resigned over the Gaffarena scandal. In 2017 he was made a minister. 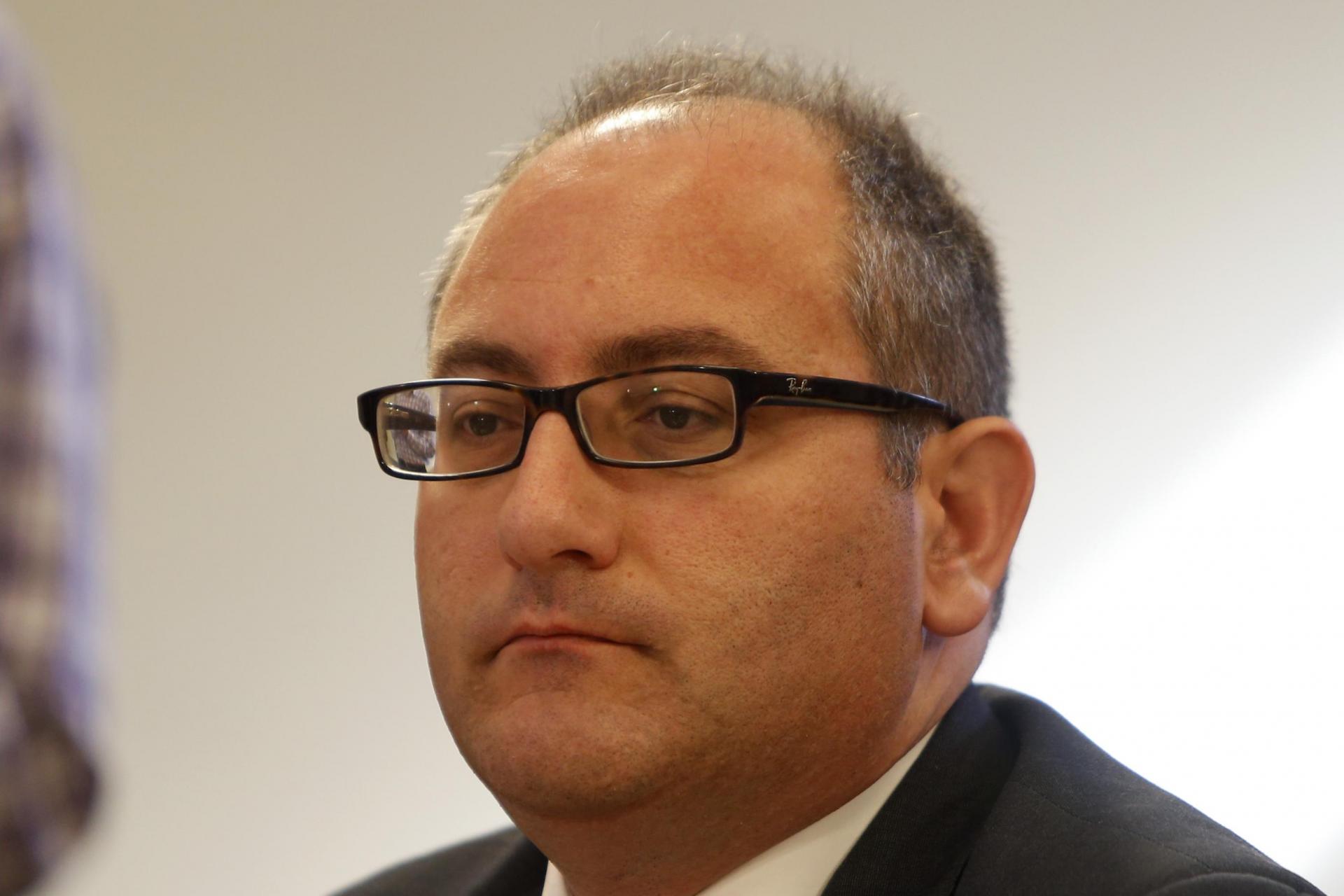 Roderick Galdes was first elected to parliament in 2004 after a long career as a Labour councillor and mayor of Qormi. In 2013 he was made a parliamentary secretary for agriculture, fisheries and animal rights. Following Labour’s reelection in 2017, his brief was changed to social accommodation. He has now been promoted to a minister, responsible for that same portfolio. 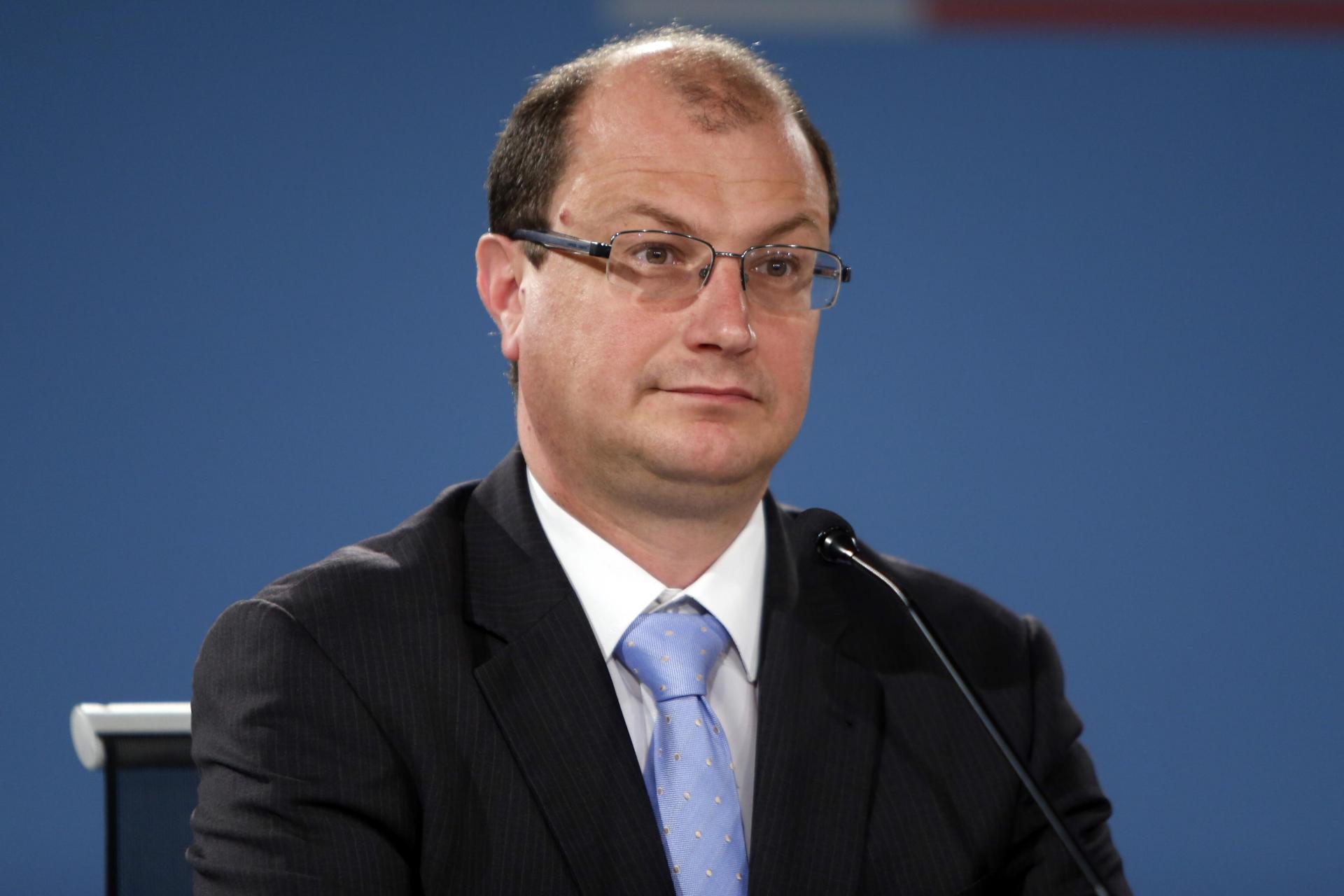 A lawyer by profession, the 46-year-old has served as former PL president and currently chairs the Grand Harbour Regeneration Corporation. He was first elected to parliament in 2017. 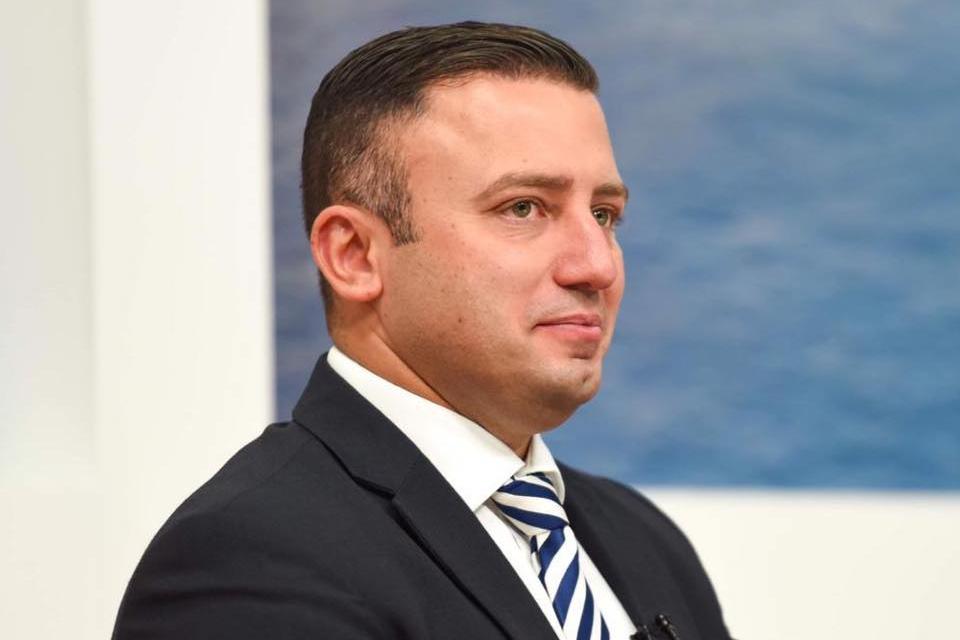 Mr Bartolo started off as a member of the Labour Youth Forum and went on to serve as a councillor, and eventually deputy mayor, of the Mellieħa Local Council. 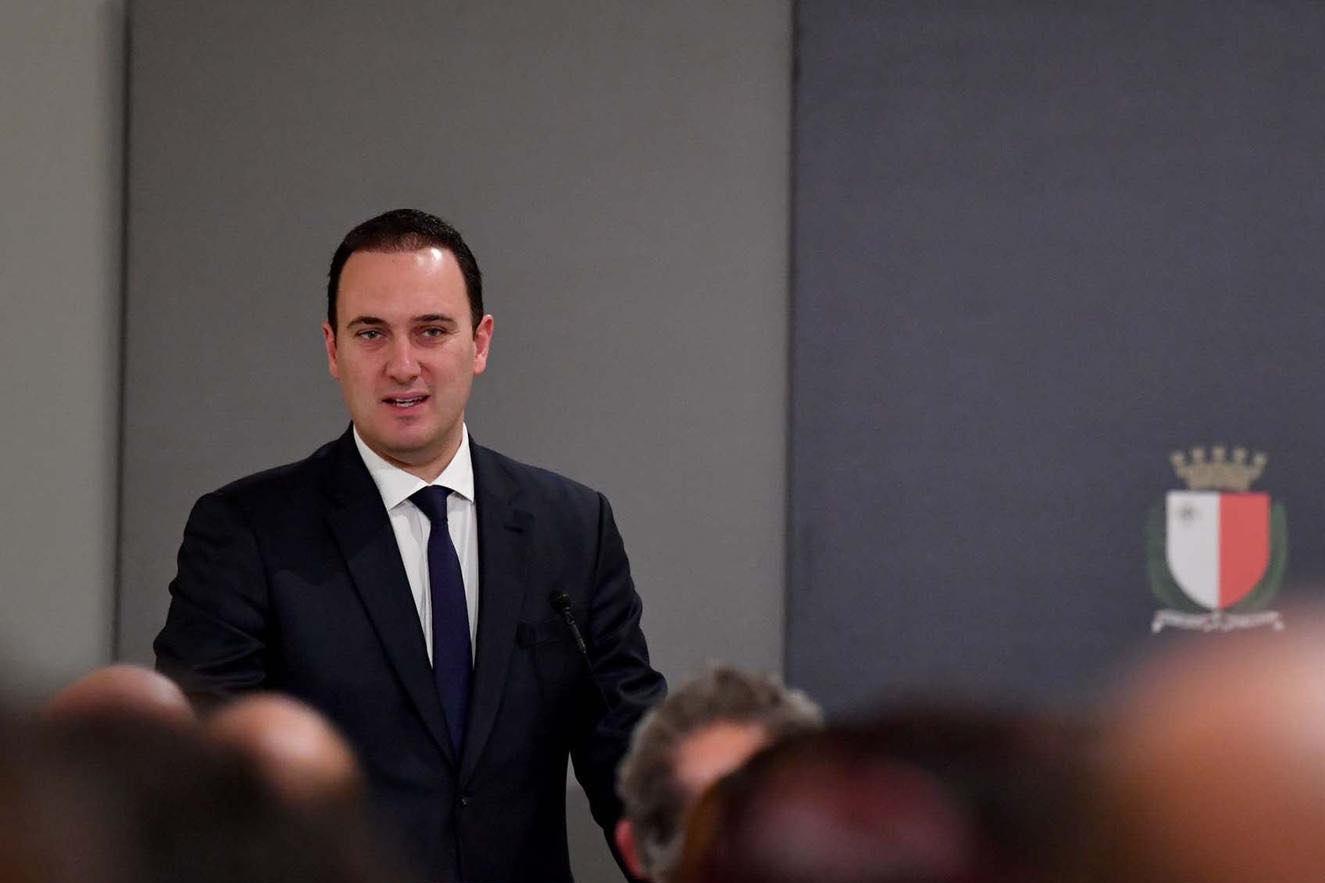 The former mayor of Msida took over Leo Brincat's seat in Parliament in 2016, through a casual election. A lawyer and Mount Carmel Hospital’s former CEO, he was entrusted with the parliamentary secretariat for sports when he was elected to parliament in 2017. 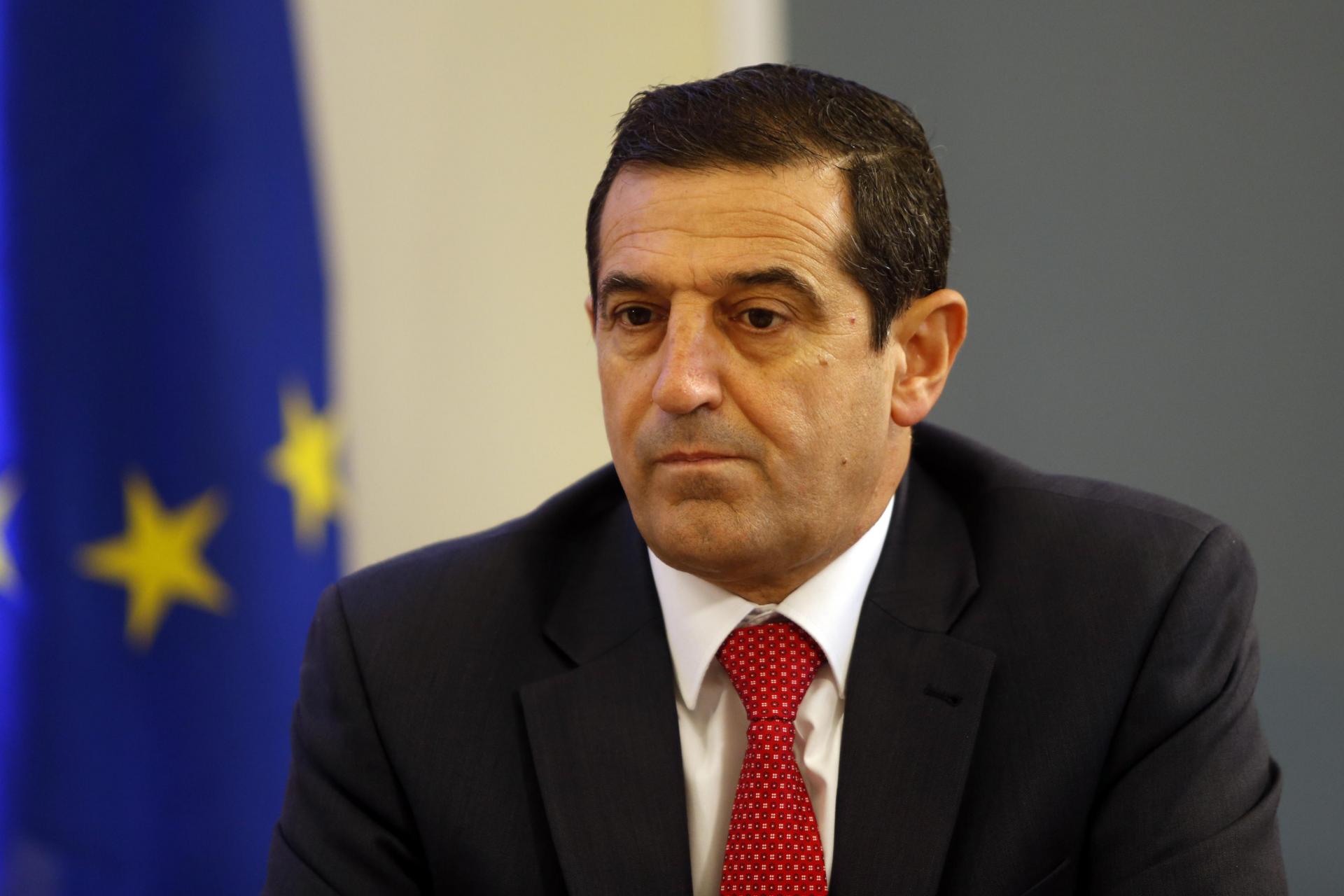 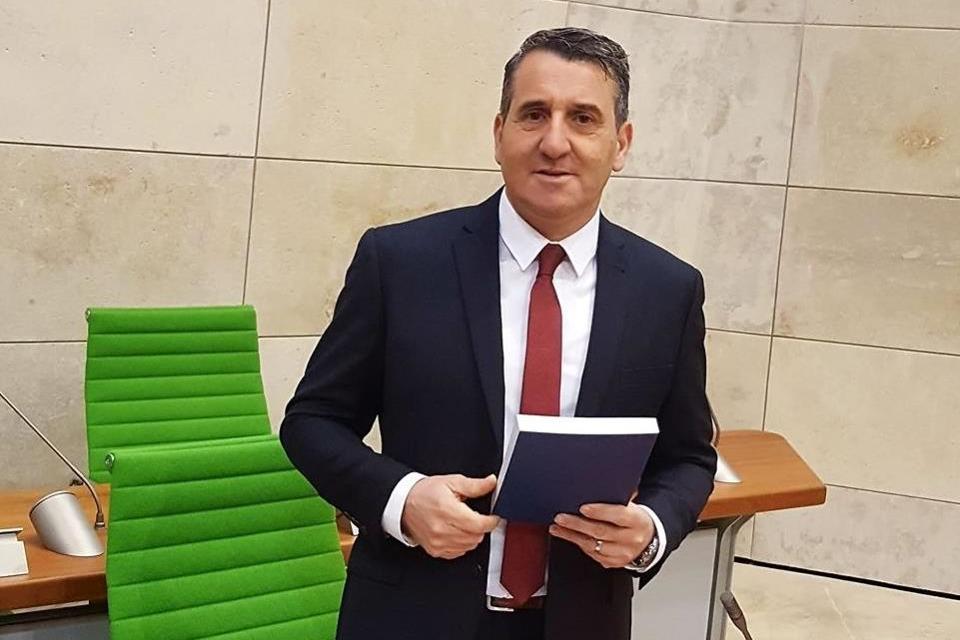 A former Paola mayor, Mr Parnis was appointed by Joseph Muscat to chair the Consultative Council for the South of Malta. As Parliamentary Secretary for Local Government and Communities, he launched the local government and enforcement reform. 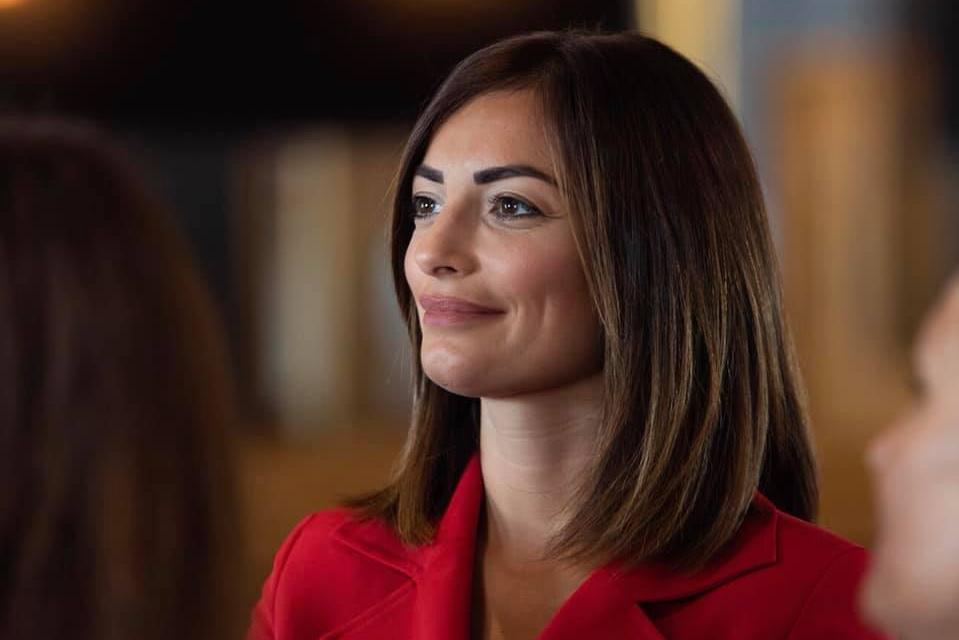 A former reporter with Labour media outlet One, Ms Cutajar was elected Qormi mayor in 2012, and an MP in 2017. She piloted the introduction of a law allowing cremation. 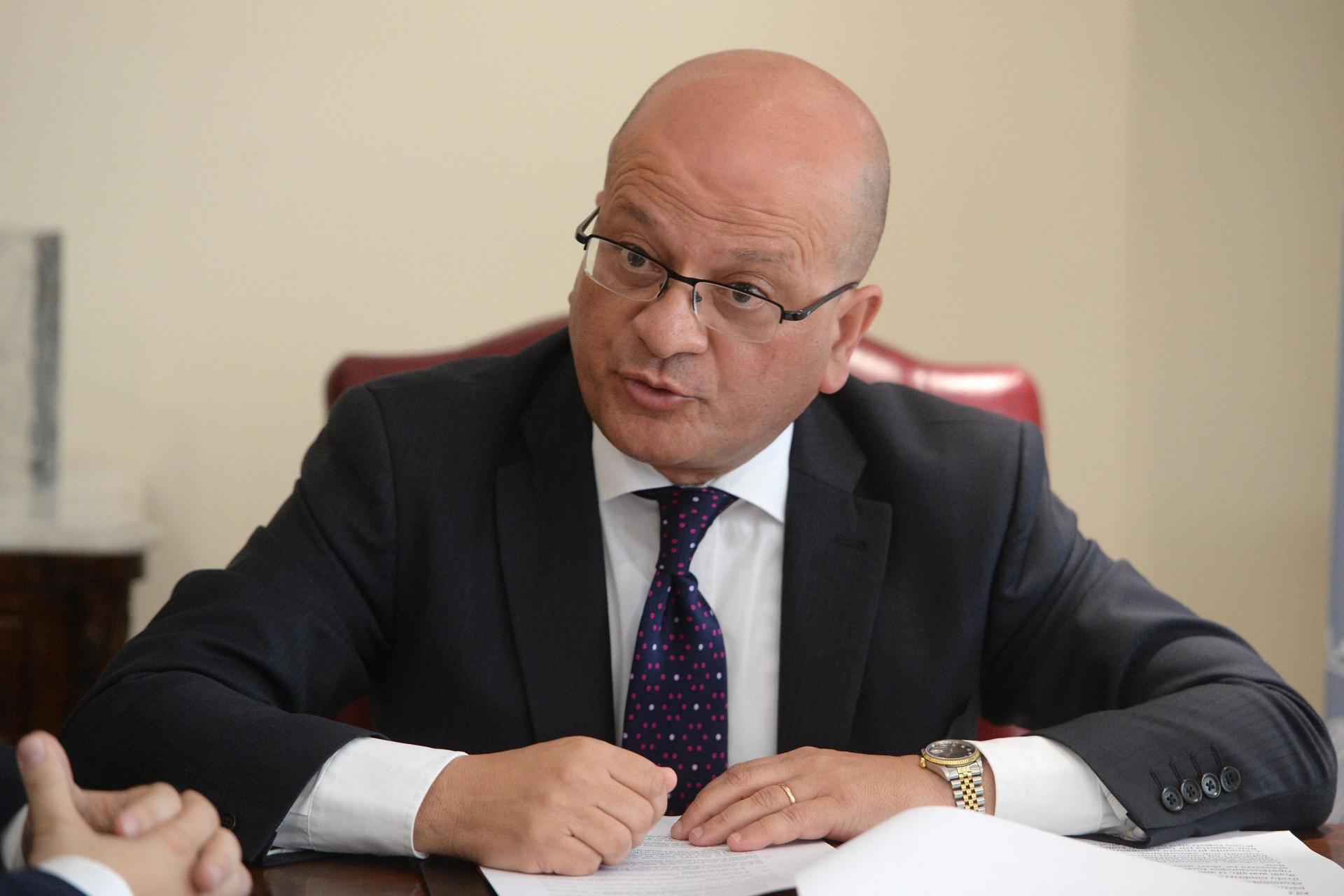 A medical doctor by profession, Mr Debattista was first elected to Parliament in 2013 from the first electoral district but was only entrusted with a Parliamentary Secretariat in 2017. At one point he was also chair of the Occupational Health and Safety Authority. 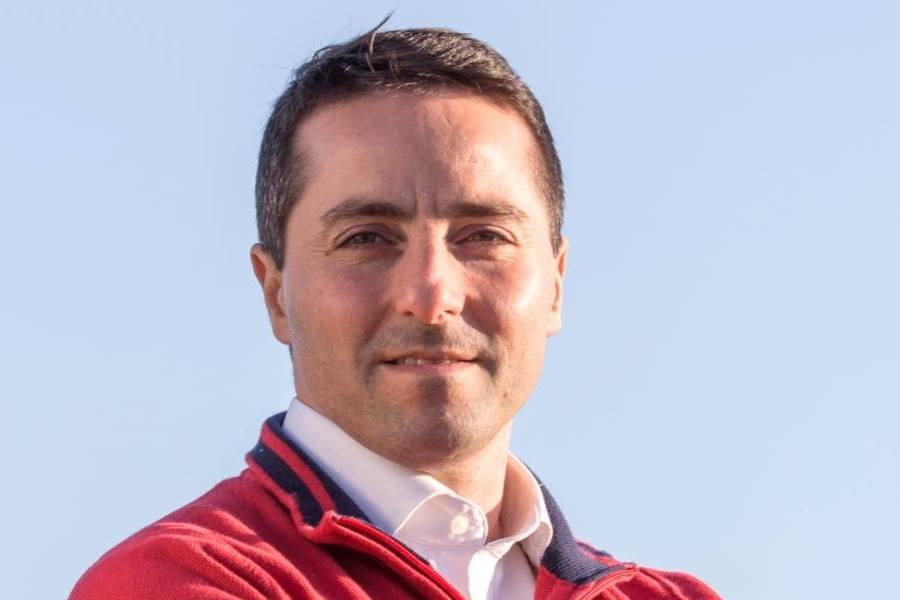 The former minority leader of the Mosta local council has always been keen on politics: aged 16 he joined Pulse and was elected as student representative on the Junior College board. Together with Aaron Farrugia he founded Fondazzjoni IDEAT. He was elected to parliament for the first time in 2017.