Iconic is a term thrown around liberally these days. However, for certain classic cars it’s a must. And though thousands of vehicles have hit our roads over the years, some have stood out more than others.

Here, we pick out some of the all-time iconic classic cars. 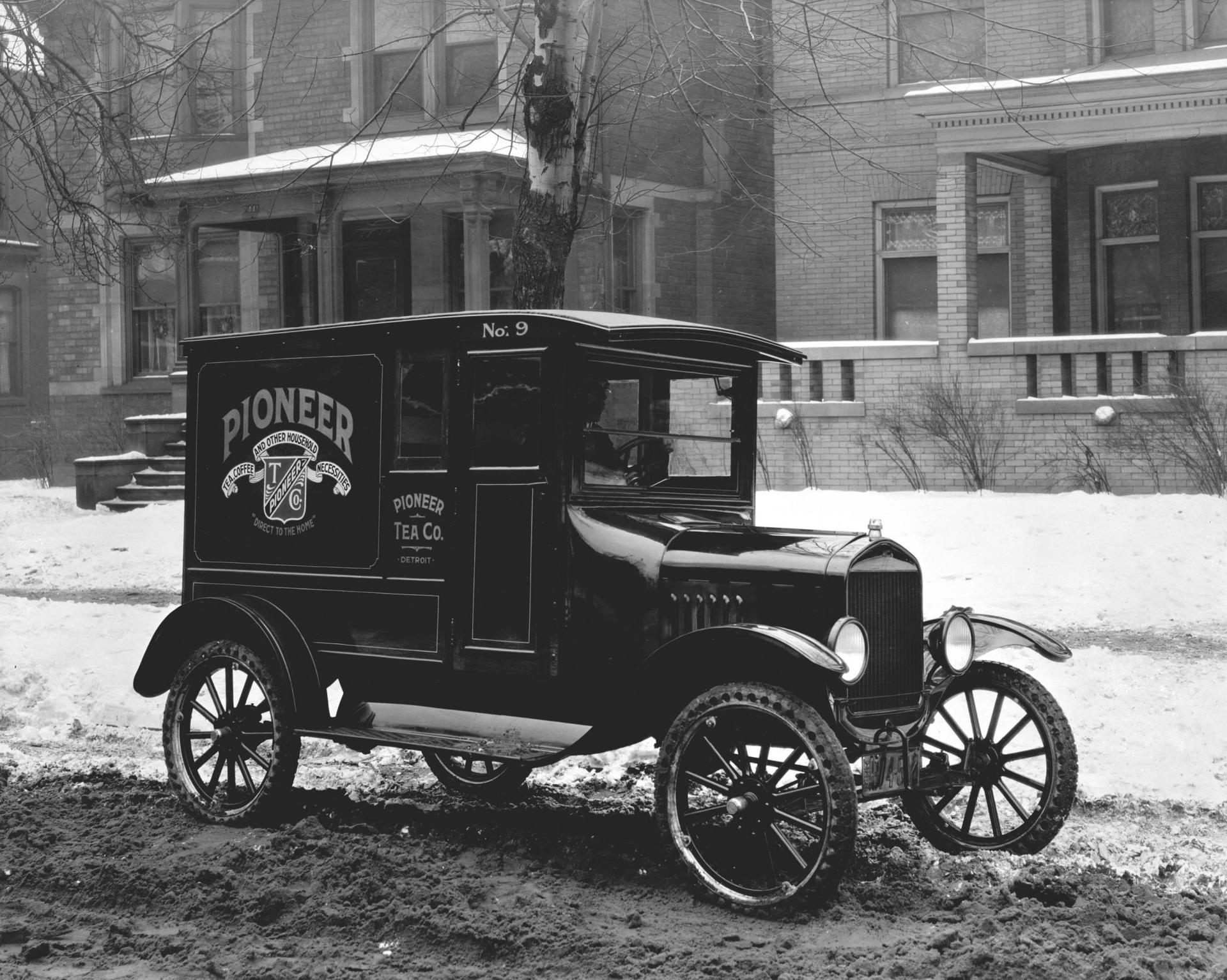 Any vehicle that helped to bring cars to the mass-market in the infancy of the automobile deserves to be an icon, and that’s very much the case with the Ford Model T.

It was the first car to be built on production lines (though without the robots we have today, of course) and also to be manufactured simultaneously around the world at a host of different production sites. It doesn’t attract the mad values of other classics, but it’s a worthy icon and a hugely influential car from the 20th century. 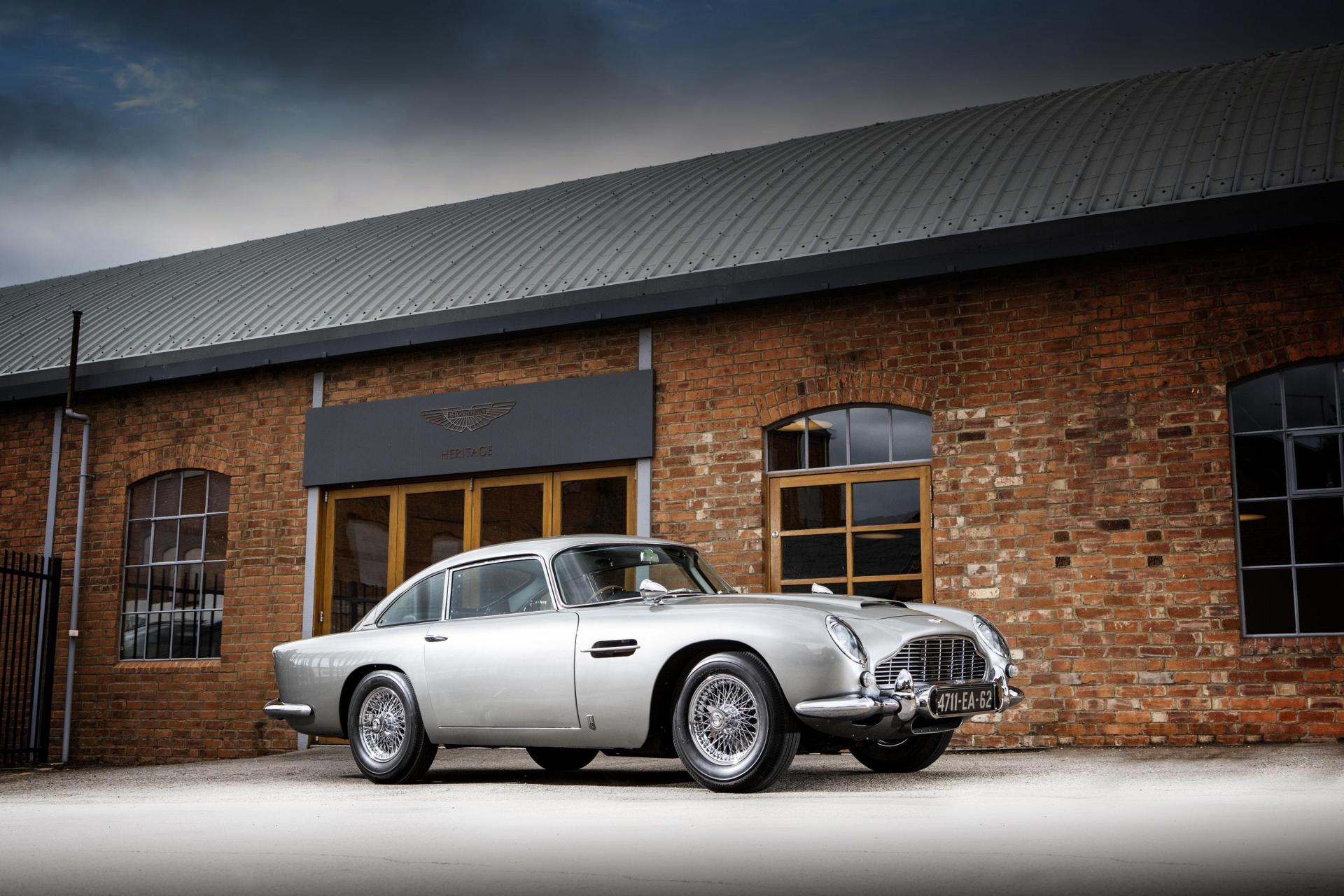 Best known for its appearances on the silver screen, the DB5 is a model that was famous from the start thanks to its starring role in James Bond’s Goldfinger in 1964 – just a year after the model was unveiled.

The 007 franchise has continued to roll out the DB5 in multiple Bond films – making it one of the most identifiable classics for both teens and pensioners, and everyone in-between. The best DB5s are now selling for more than £1,000,000, and while value isn’t always the sign of an icon, it’s a pretty good indicator. 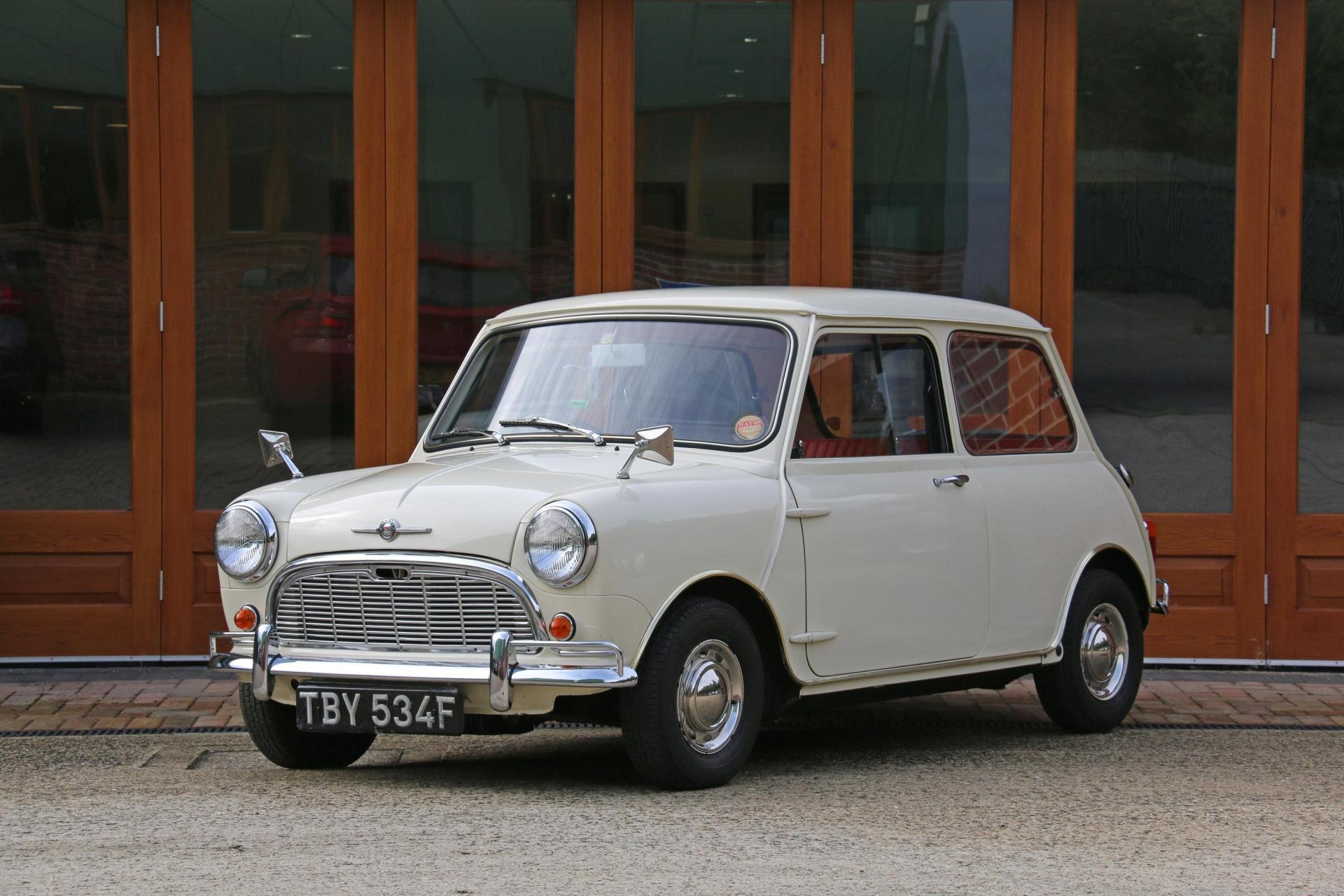 A car that just about everyone could identify – the original Mini is an icon not just for automotive, but also for fashion. While massive blingy SUVs might be the in-demand car today, for much of the Mini’s lifetime, it was easily one of the most appealing cars on sale – particularly in Cooper S form.

It was also made for an impressive 41 years, and not a huge amount really changed in that time. More than six million are thought to be built, and its appeal continues to shine through to the younger generation. That’s always the sign of an icon. 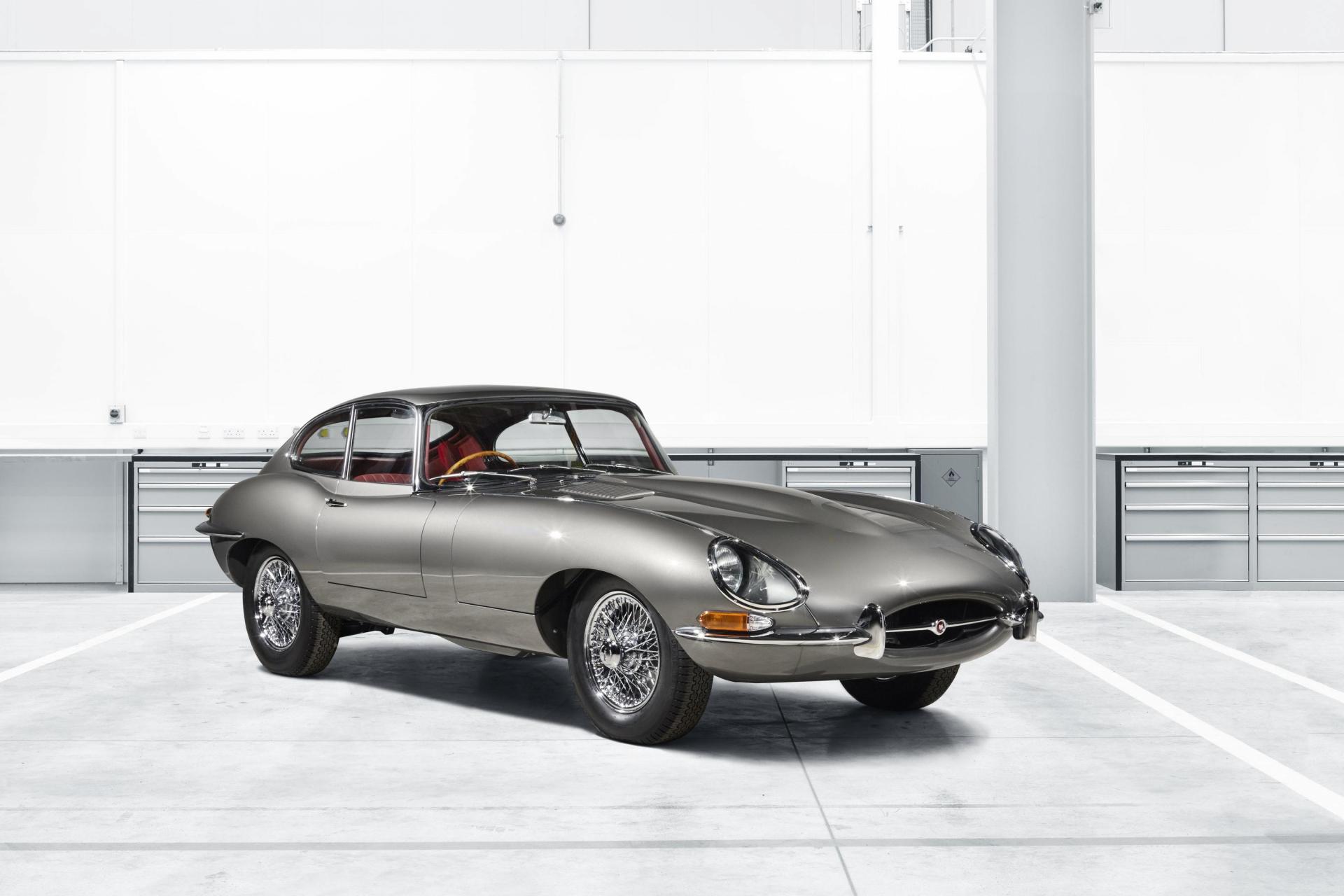 While not Jaguar’s most valuable model, it’s probably one of the best-known. You’ve more than likely heard this saying a million times, but when Enzo Ferrari declares it “the most beautiful car ever made,” you know it’s a pretty looking car.

It’s a model that feels as if it’s stood the test of time, and thanks to its high-performance, racing history and, again, those stunning looks, it’s an icon that is unlikely to see its status fade. 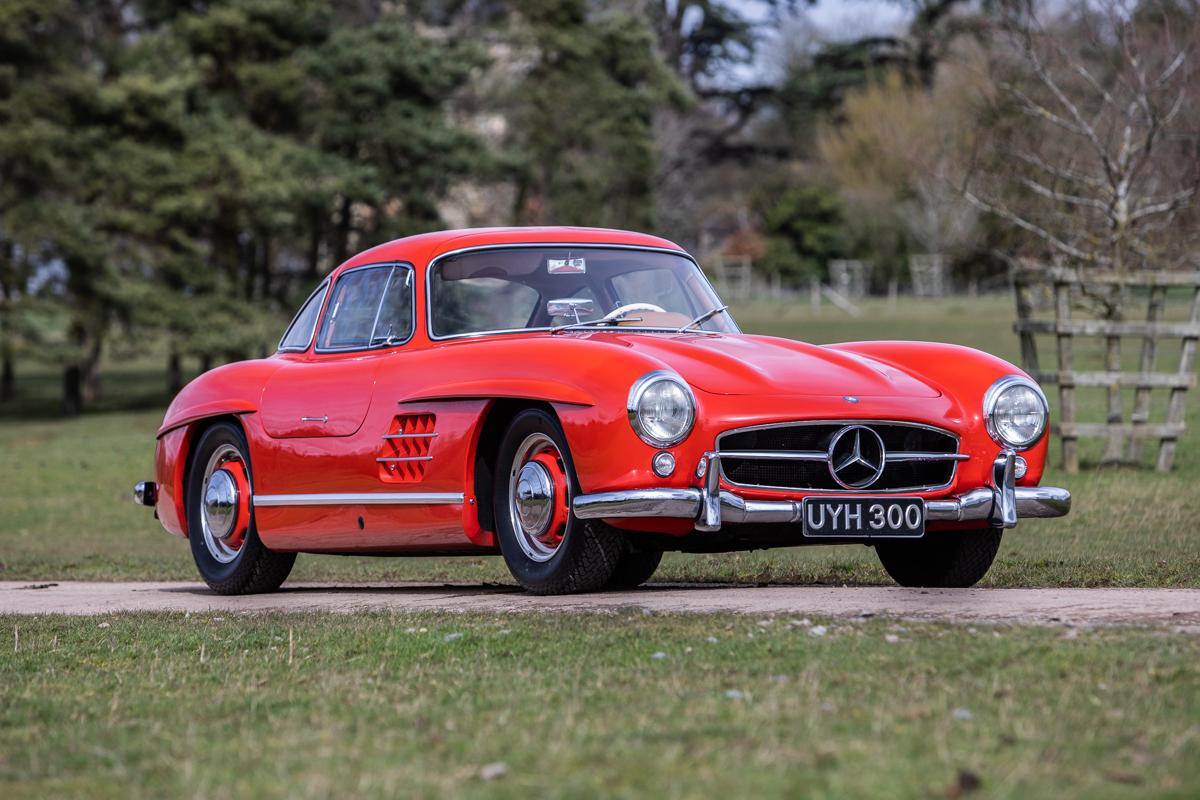 Undoubtedly one of the most famous cars to ever roll out of a Mercedes factory, the 300 SL is one of the coolest and best-looking vehicles ever made, and is most certainly an icon.

While both the Coupe and Roadster are sublime, it’s the Coupe that is the highlight – thanks to its superb ‘Gullwing’ doors – probably one of the most recognisable styling details ever to feature on a car. These doors were replicated on the 2010 Mercedes SL, which has only offered more favours to the original. 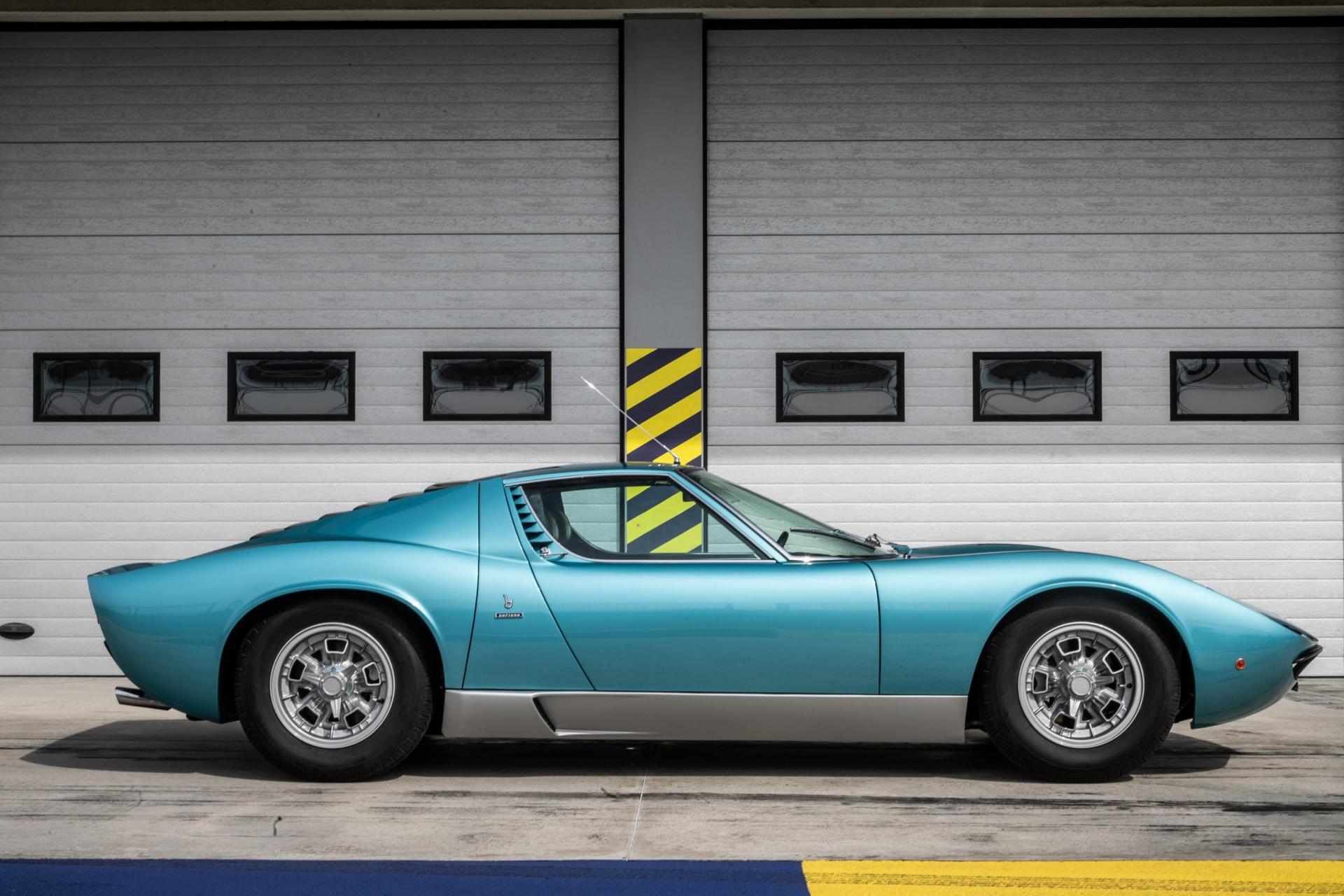 Today, Lamborghini might be best-known for its raging supercars with their brash colours, massive spoilers and general ‘show-off’ styling. However, back in the ‘60s the legendary Italian manufacturer was producing things that were a little more beautiful, and the Miura is a great showcase of this.

One of the first true ‘supercars’, it was also the fastest production car to date when it was unveiled – as it was able to hit 174mph maxed out, and go from 0-60mph in 6.5 seconds. Sure, hot hatches might be able to do that today, but in the ‘60s, performance like that was unheard of. As one of Lamborghini’s most famous models, it’s a complete icon. 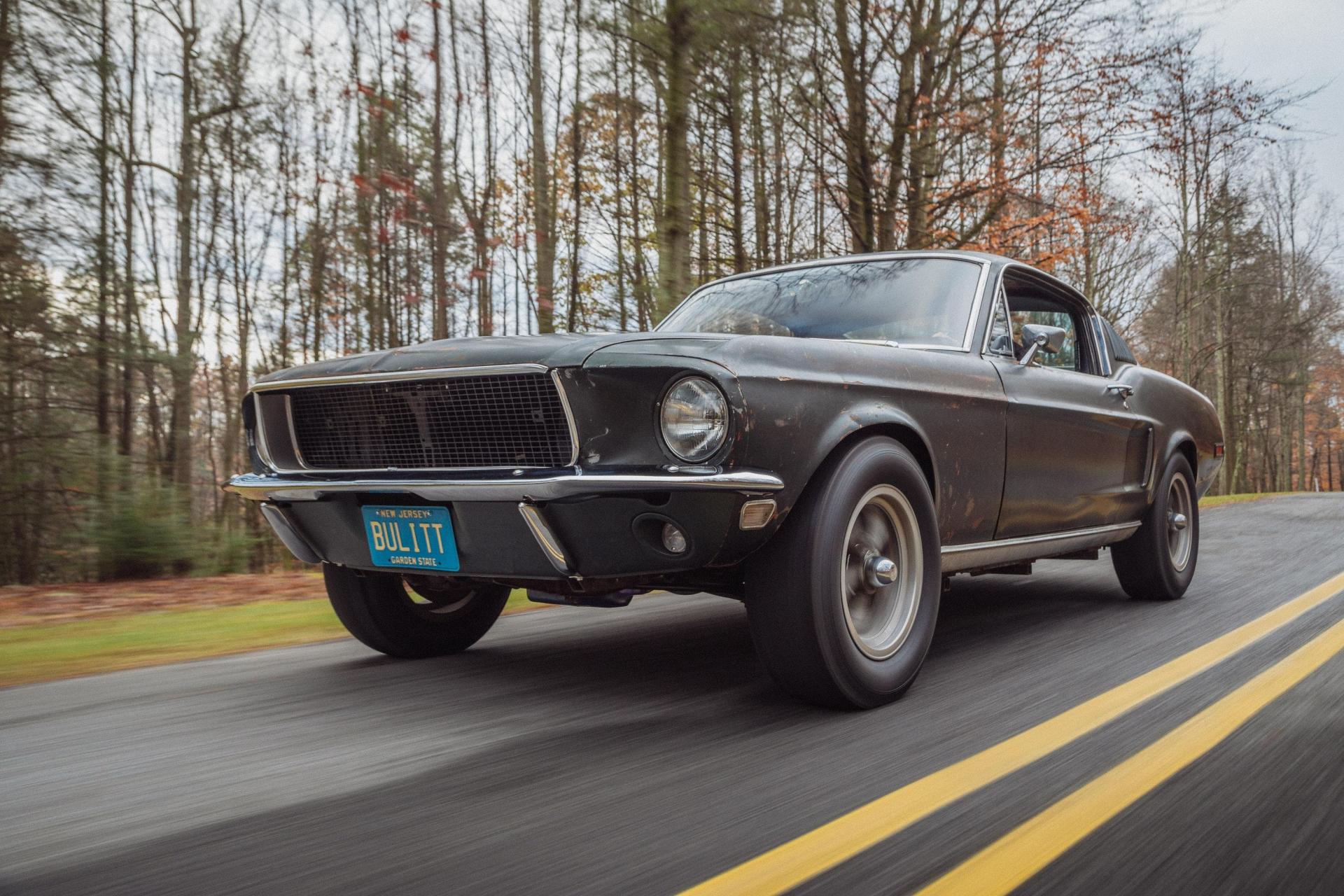 We could argue the days away over whether the Ford Mustang or Chevrolet Camaro is the more iconic American muscle car, but it’s the ‘Stang that’s been picked here.

It’s hard not to love its brutish charm, which continues on the model today thanks to the awesome 5.0-litre V8 version. Despite being in its sixth generation, this Blue Ovalled model only seems to get more appealing with age. The ‘Bullitt’ film heritage only continues to add to the appeal, and you can’t blame Ford for wanting to turn that appeal into sales with the new film-inspired special editions. 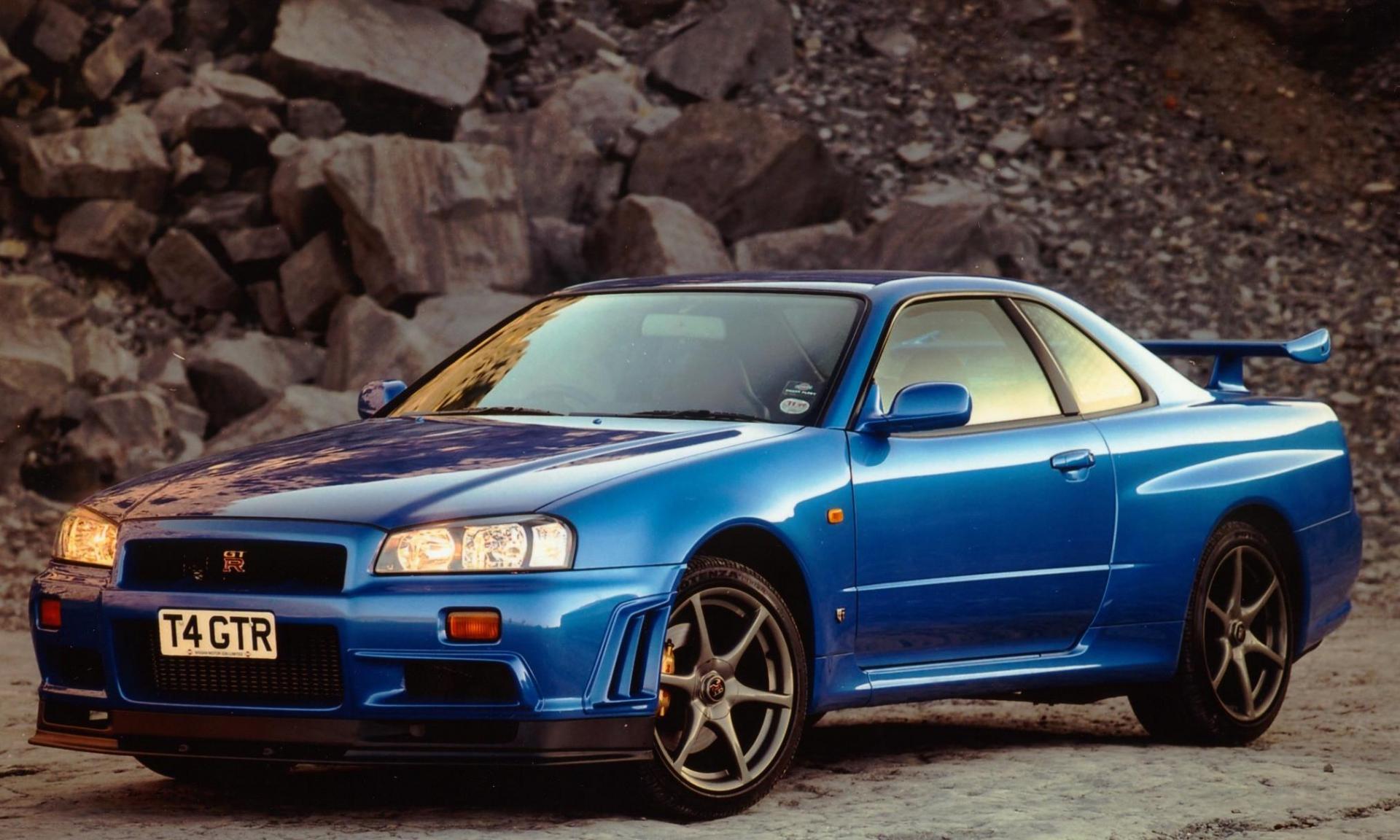 Some might argue that a 1999 model is a bit too new to include in a classic car guide, but the R34 Nissan Skyline GT-R is already warranting itself cult status.

Among the younger generation of car fans, it’s often films and gaming that gets people into motors, and that’s where the R34’s appeal comes in. Made famous by its appearances in the Fast and Furious blockbuster franchise and for starring in PlayStation games, the R34 is a model that has quickly become icon. As the last car to wear the ‘Skyline’ name, that only adds to the draw. 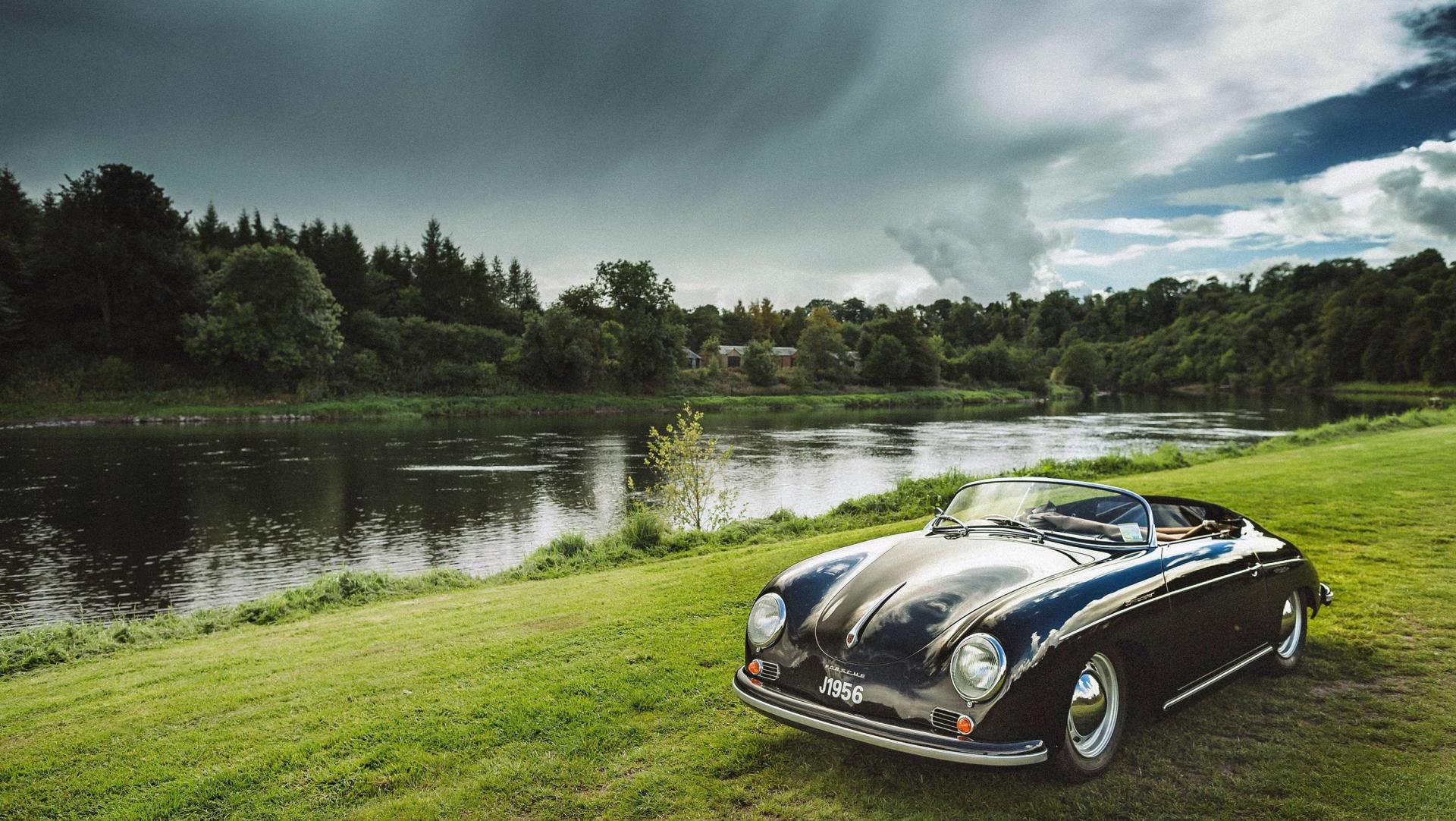 The legendary 911 might have been the obvious choice to include on this icons list, and it’s certainly deserving of that status, but I’ve the 911’s predecessor has been chosen here – the 356.

As Porsche’s first production car, the 356 will always be iconic for that reason, while it also set the scene nicely for when the 911 materialised. While actually based on the Volkswagen Beetle (owner Ferdinand Porsche also designed that car), that’s no reason to turn your nose up at this wonderful little sports car. Pictured is the most desirable of the lot – the truly stunning Speedster version. 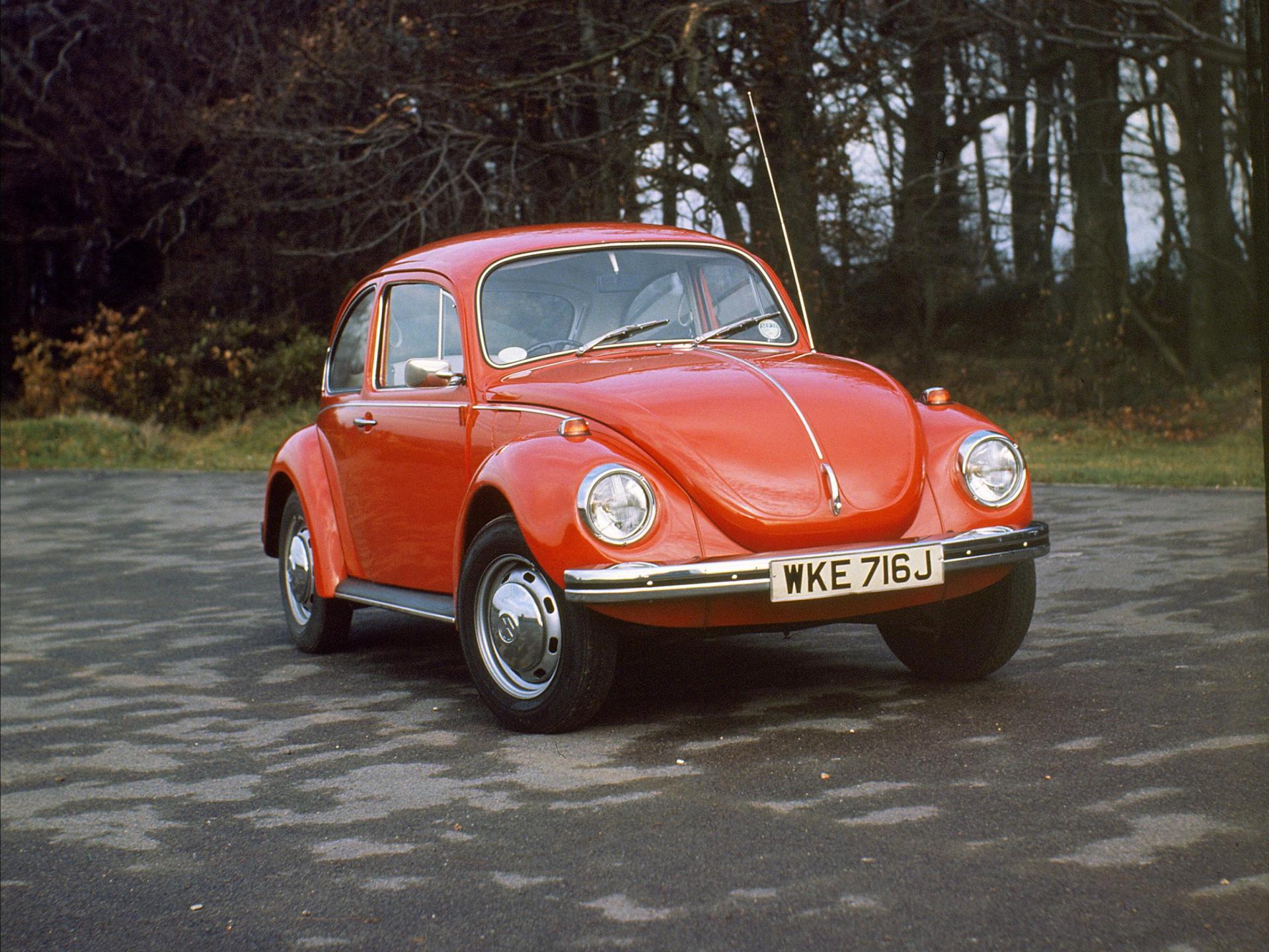 So, you’ve already heard that the Beetle shared plenty in common with the first Porsche, but that’s just one of the reasons why this VW is such an icon. While sadly designed under Nazi Germany stewardship as Adolf Hitler’s ‘People’s car’, the Beetle would go on to become one of Volkswagen’s most popular cars ever.

Affordable styling and desirability enabled more than 21m to be produced in the Beetle’s exceptionally long lifetime, as it really was a car of the people. Production continued from 1978 to 2003 in Mexico, too, even overlapping with production of the New Beetle for several years.