John Pulis and his siblings woke up last week to find parts of their fields swept of soil after refusing to give up their Żabbar arable land for roadworks without knowing how much they would be compensated for it.

Unbeknown to them, Infrastructure Malta had sent workers to clear some 100 square metres – the size of two small one-bedroom apartments – to widen Triq Bieb is-Sultan.

The rubble wall bordering the fields was destroyed, as were prickly pear trees laden with fruit and almond trees, while the soil removed from their fields had disappeared.

The Pulis family, who come from a long line of farmers, immediately contacted the Lands Authority and were told the value of the site was still being worked out.

Earlier this year, the authority had told Times of Malta it was “entitled to start expropriation procedures only in the case where the government entity involved, such as Infrastructure Malta, makes a formal request.

“The process is only formalised once the entity deposits a sum equivalent to the value of the property to be expropriated with the Lands Authority. This system ensures that the respective landowners are compensated in a fair and timely manner.”

While questions about the Żabbar field sent to the Lands Authority remained unanswered, IM admitted that the valuation process is ongoing.

The Żabbar case is not solitary.

Over the past months, owners of rural land who spoke to Times of Malta claimed that work on their land started before the expropriation process kicked off, while Moviment Graffitti activists are aware that some have waited for months – even years – to be compensated. Graffitti has, in the past, asked those in such situations to get in touch with the NGO.

Lawful land expropriation kicks off with a notice in The Malta Government Gazette after three architects value the land and the Lands Authority then decides on compensation.

But some government agencies, namely IM, try to circumvent this requirement by entering into an agreement with landowners, according to lawyer Claire Bonello.

In the Pulis’ case, the siblings had been called for a meeting with IM in February, as work started on a road linking the Bieb is-Sultan and Alessio Erardi streets, John Pulis told Times of Malta.

They were asked to agree to having their land expropriated. However, they were not told how much they would be compensated for the land. When asked for valuation of the land, IM told them “there will be compensation”.

Pulis had also asked for reassurance from the authorities, that a new rubble wall, delineating the new border, will be built before the work kicks off. 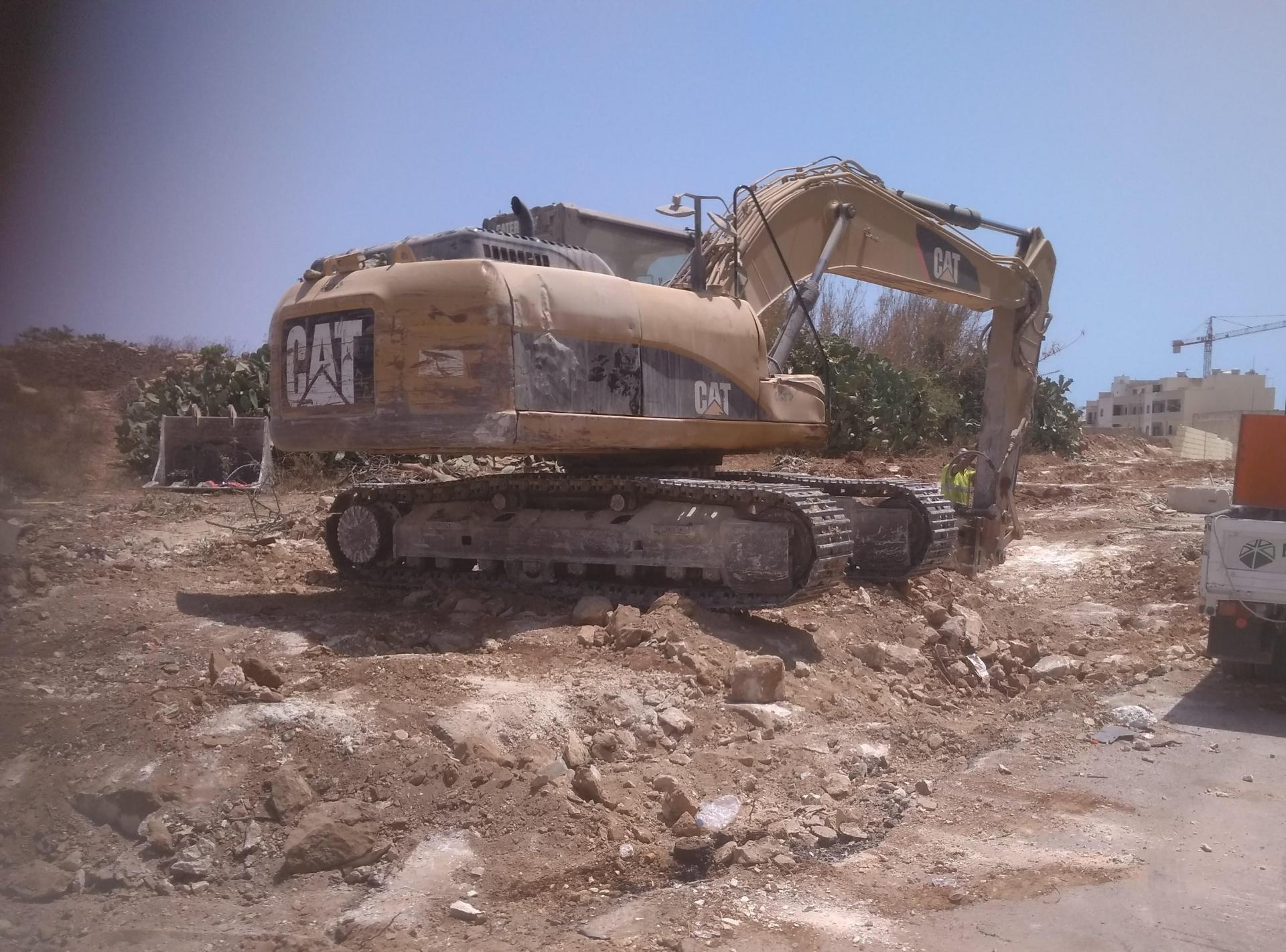 A photo Pulis took when he found workers digging up his land.

The lawyer believes IM trespassed and damaged private property and could even be found guilty of breaching human rights by depriving the Pulis family of their property without fair compensation.

“It would also appear that IM is exercising a pretended right – also known as the crime of ragion fattasi. The trespassing on private property without any legal title or permission is illegal, as is damage to property.”

The Pulis family was told that a notice about expropriation of their land had been published in the Government Gazette. However, neither the family, nor Times of Malta could trace the notice. Questions to the Lands Authority about its publication remained unanswered.

The Pulis have filed a police report, but the police are treating the case as a civil one.

IM: We do not need a permit

Infrastructure Malta said it did not need a planning permit and the land had been schemed for road construction for years.

Among others, IM was asked when it deposited the sum equivalent to the value of the property with lands, and to provide a copy of the permit.

A spokesperson said some of the streets that were being reconstructed, including Bieb is-Sultan and Alessio Erardi, have never been fully built to their schemed alignment, even if residents had been living in them for many years.

“As part of the reconstruction works, the agency is completing these streets in line with the Planning Authority’s schemed alignments for this area. This necessitates the take up of strips of land next to the existing streets, which had been earmarked for road construction for decades,” he said.

“As confirmed in an Environment and Planning Review Tribunal decision about a schemed road in another locality earlier this year, in line with applicable legislation, no planning permits are required for works in roads already schemed in the Local Plan,” he added. 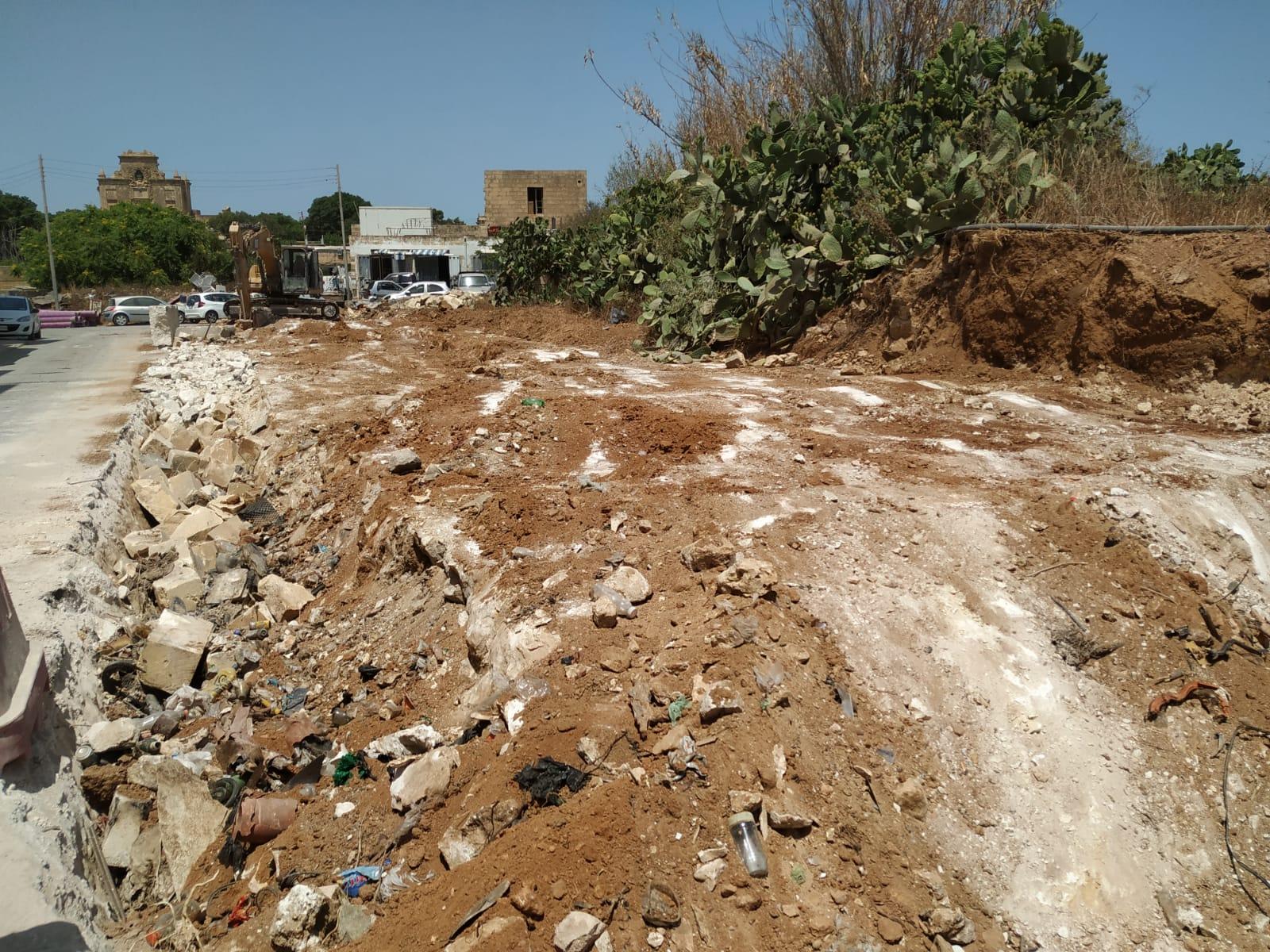 According to the spokesperson, IM started the road construction works in this parcel of land soon after the Lands Authority approved its acquisition and the agency contacted landowners to discuss the works.

“In the small parcel of land in question, the owners requested several services, including higher boundary rubble walls and new entrance ways for improved access to their lands. IM accepted these requests. It also agreed to use surplus soil excavated during these works to improve the terrain of owners’ lands.

“IM pays the Lands Authority for such expropriations as soon as it receives the same authority’s valuations, in line with applicable procedures. These valuations are conducted after the acquisition of land for public use is approved by the authority. In Bieb is-Sultan Street, the valuation process is still in progress.”