A brand-new uniform and lunch box are sitting alongside other school items in Heavenly’s room, but James and Patience can only hold their breath as to whether the school will accept their daughter.

James Edafe Agoda’s family is among a number who have been impacted by new rules at Identity Malta, preventing children from receiving Specific Residence Authority status through their fathers.

Since around November, the Jesuit Refugee Service has encountered several cases of families facing this problem and are worried “this is only the tip of the iceberg”.

The SRA status allows failed asylum seekers and holders of temporary humanitarian protection N (THPN) who have lived and worked in Malta for a number of years to get access to basic rights.

These include state healthcare, education and training as well as the right to travel.

For years, James and other fathers, who have had SRA, and before that THPN status, have been able to pass all the rights this status confers to their children without any problems, according to Aditus director Neil Falzon.

However, since November when James went to Identity Malta to renew his and his daughter’s identity document, he was told the rules had changed.

“I couldn’t believe it. They said they would renew my documents but not Heavenly’s even though she was born in Malta and I’m her father.”

He was told Heavenly could only get her identity documents through her mother now, but since her mother lost her job in the pandemic this wasn’t possible, he explained.

“I was really angry about this. I told them do you want to change her surname to her mother’s too since these rules make me have less rights as a parent?”

James left Nigeria due to ethnic conflict in his region and has lived in Malta since 2007.

A rejected asylum seeker, he was able to qualify for THPN and later SRA status due to his particular circumstances, but Heavenly’s mother, who came into Malta on a work permit as a care worker, was not eligible.

This is very serious. Documentation is key to everything

Heavenly is three in February and is meant to start kindergarten 1 that month, James explained.

The school requires her identity documents, and the one she is currently enrolled under has expired since they couldn’t renew it in November. 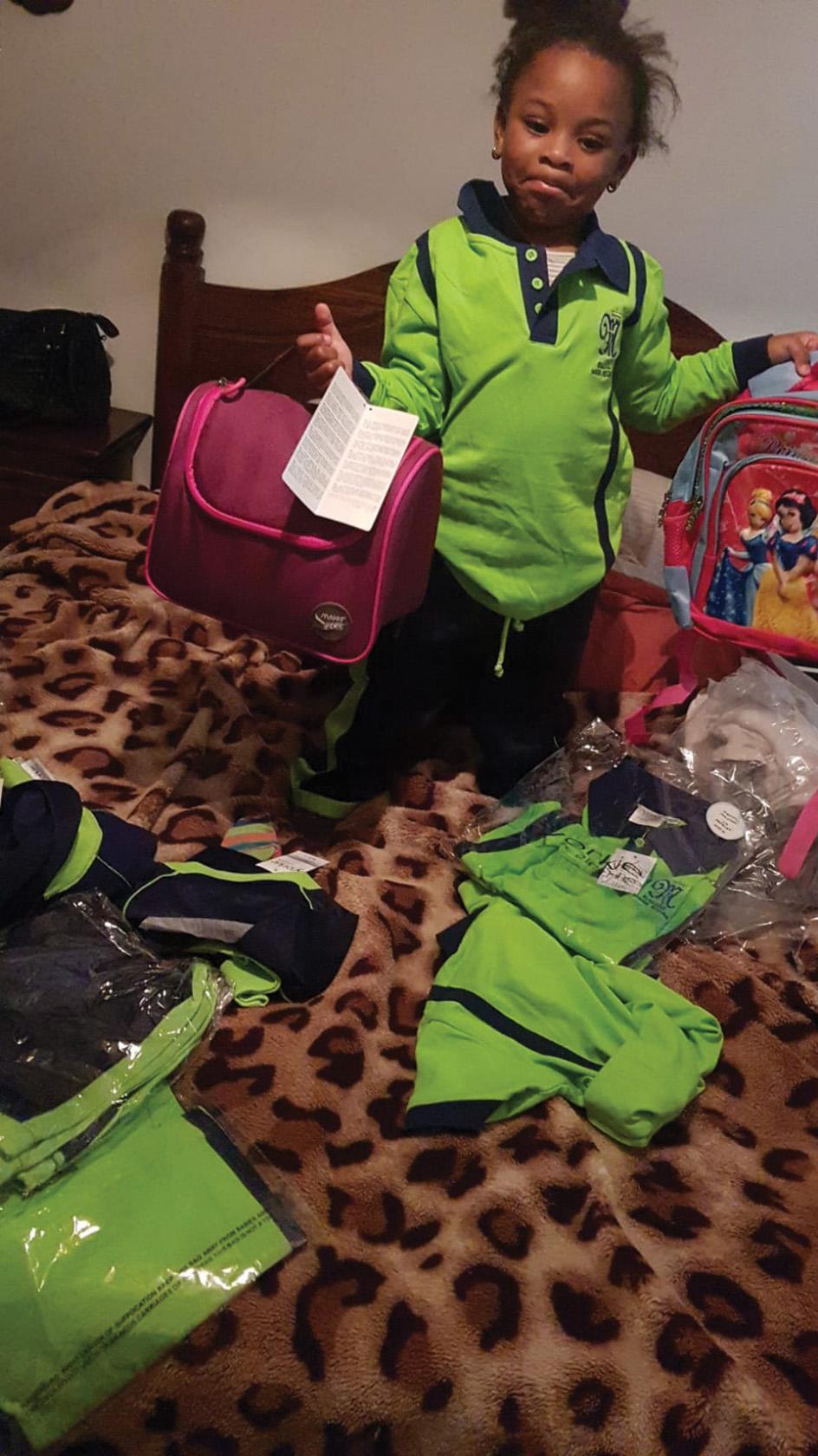 Heavenly Edafe Agoda with her new school uniform and other school items.

“We are really worried and are just hoping they will let her in,” he said.

Revisions to the SRA policy announced in November state that “children born in Malta to parents who are both beneficiaries of the SRA may also obtain this status.”

Instead, it focused on family unity and on treating the family from the perspective of the main applicant, he said.

“The best interests of the child principle, a legally-binding rule that ensures all decisions taken in respect of children are taken with their interests in mind, would seek to grant children the highest form of protection which in this case is SRA,” he pointed out.

There is absolutely no reason why children should be automatically attached to their mothers and not their fathers, in terms of status, he added.

“This is very serious. Documentation is the key to everything, especially when you are a foreigner in the country. Your rights tend to be determined by your legal status,” Falzon pointed out.

All government services, however basic, require identity documents, and this includes schools and healthcare, Falzon said.

Falzon highlighted that while rejected asylum seekers are entitled to health care, due to lack of a clear written policy, they have been increasingly denied this access recently.

“You can solve individual problems created by a policy by some kind of social or legal intervention or contacts in Malta. But if these problems are caused by a policy, shouldn’t we be dealing with it,” he asked.

The fact that the government has created a policy that is pushing people further on the margins, at a time when they are already struggling just doesn’t make any sense, he explained.

Another SRA holder, who wished not to be named, has also had problems renewing documentation for his four children due to Identity Malta’s change in policy.

He has since contacted a lawyer and gone to Identity Mata several times, most recently in December, to try resolve the issue.

“I can’t understand how as a father I cannot give this to my children. It makes me sad that my son who is at MCAST studying accounting may have problems because he doesn’t have any identity documents.”

Adding to the injustice of the situation, Falzon said that the parents of many of these children made certain decisions based on previous government policy, relinquishing stronger documents in other countries because they and their children were eligible for this status in Malta.

“The rug has really been pulled from under their feet so to speak. It’s very unfair to them and their children.”

A spokesperson for Identity Malta denied the conditions applicable to family members had changed since 2018.

“Updates to the policy introduced in 2020 did not change the eligibility requirements of the SRA, including the conditions applicable to family members,” he said.

The spokesperson also explained that children who do not qualify for the SRA are not undocumented, as they are issued with a document authorising them to reside in Malta by the immigration authorities, as provided for in Part C of Chapter 258 of the laws of Malta.

However, since this is a police document and is not attached to a status that confers rights, access to basic services can still be problematic, a spokesperson from JRS said.