A number of Nadur and Qala residents have been approached to pay hefty sums of money for their property, as a land-ownership dispute – unwittingly sparked more than 300 years ago – comes home to roost.

Paralegal Nadur resident Tony Cassar said Gozitan families are being approached and told they do not actually own their property, and that they should cough up an amount of money to redeem the ground rent, or else be taken to court.

“And some are paying up out of fear, even though they legally own their land,” said Cassar, whose family owns a property which forms part of vast stretches of lands caught up in the controversy.

The occupants of these properties claim they own the land, and some say they have notarial contracts to prove it. But last year, a foundation, which calls itself the Benefiċċju Lajkali ta’ Sant’ Antonio delli Navarra, claimed ownership of the land and registered it in its name, sparking outrage and despair among residents.

Cassar, who has been researching the issue extensively, calls it “an outright fraud”.

“I know families who have been approached and asked to pay €100,000, or even more than half a million for their property.

“That family paid the half a million even though they have rightful ownership of the property. This is a great injustice.”

The claim could not be independently verified though one source told Times of Malta around 60 families had been impacted.

But the legal counsel for the benefice foundation, lawyer Carmelo Galea, denies that the company behind the land registrations ever approached families and asked them for money.

“Carravan Company Limited is a private company which is not involved in the property forming the subject of your questions and has not in any way approached any individual asking for any payments in return for granting good legal title over the property. Nor has benefice made any such requests,” he said.

However, he said a number of bona fide individuals “acknowledged” their situation and approached the benefice seeking an amicable compromise.

“Following the payment of a token consideration, the benefice granted these individuals good legal title on the portions they were occupying.”

Galea insists the benefice has valid legal title to prove it owns the land.

“The benefice has provided the land registry with exhaustive documentary evidence to prove it has good legal title on the property at Ċens in-Nadur. This results clearly and unequivocally from various public deeds provided to the land registrar,” he argued.

“These documents have been examined by the land registrar and the attorney general who both concluded that the benefice’s title on the land was based on, and definitely resulted, from solid incontrovertible evidence.”

How did this happen?

A wealthy woman, Cosmana Cumbo Navarra, unknowingly sparked the issue 346 years ago. According to records, she owned large chunks of land in Gozo, and had no children.

With nobody to directly inherit her land, and possibly out of fear that the heirs in the family would grapple over her wealth, in 1675, a few years before she died, she set up a foundation called the Abbazia di San Antonio delli Navarra.

She left her land to the foundation and asked the Church to administer it.

Her heirs would still own all her wealth, but the foundation would be administered by a lay person or cleric that her heirs present and the bishop approves. 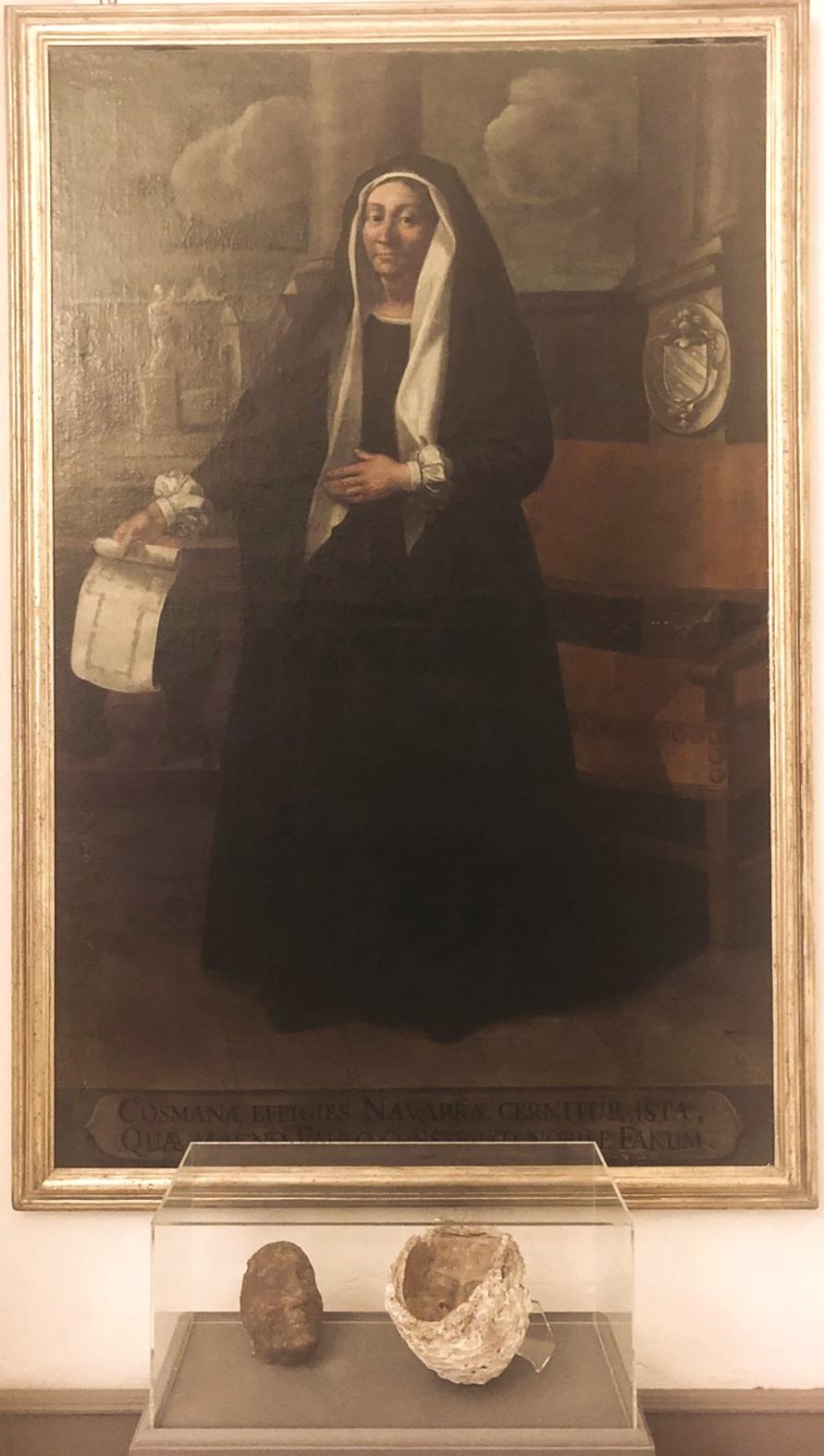 Meanwhile, farmers and commoners rented and worked the fields and lived on Navarra’s lands, so she wrote in her deed that the ground rent and agricultural leases would go to the Church, which would in turn use the funds to celebrate mass for the repose of her soul.

Huge chunks of the lands are in Nadur and in Qala, but back in 1675, the two villages did not exist. More importantly, there was no land registry, so tracking down who owned which property could be tough.

Today’s disputes partly stem from this reality, because Navarra’s description of the lands left families and the foundation arguing over the confines of her territory.

Still, for many years after Navarra’s death, everything seemed to be going according to plan. One generation after the other, heirs took patronage of the foundation, each time putting forward names for the role of administrator, pending the bishop’s approval. For many years, the administrators were clerics.

However, another problem was unfolding. Over generations, thousands of people owned, leased, inhabited, worked, inherited and administered these lands. Insufficient documentation of transactions and, possibly, human error consequently blurred the lines of who actually owned the lands.

Families that lived and worked on these properties naturally occupied them for generations. And with no land registry to ascertain ownership and with no sufficient documentation of their ancestors’ lease transactions, families who occupied the lands had no reason to believe the property may not have belonged to them.

Some families eventually drafted contracts with notaries, establishing ownership of the properties.

For generations, everyone was oblivious to the looming storm. Everything seemed to proceed smoothly, until in 1989, following the death of one of the administrators, Richard Stagno Navarra came forward, claiming to be the descendant of Cosmana Cumbo Navarra, and therefore the rightful heir who deserved to choose an administrator or to be appointed one himself.

Then archbishop Joseph Mercieca denied his request, arguing the administrator must be a cleric.

Unhappy with the archbishop’s refusal, Stagno Navarra opened a court case, asking to be recognised as the descendant and rightful heir to the foundation. His lawyer was Carmelo Galea.

Some residents are expressing indignation at the Church

Within a day, magistrate Carol Peralta proclaimed him the rightful heir and recognised him as new administrator.

The decision was controversial since the Church did not get to make its case in court, and critics were sceptical how accurately the magistrate could trace the man’s lineage back to 1675 in 24 hours.

Most importantly, the decision raised eyebrows since Stagno Navarra had already signed off a piece of land to companies owned by his lawyer and magistrate Dennis Montebello (now a retired judge).

The Church appealed the case, engaging in a 20-year legal battle to retain the right to appoint an administrator.

The case culminated in two rulings, one in 2010 and another in 2013. The courts confirmed the Church was in fact within its right to appoint an administrator, but did not question the legitimacy of Stagno Navarra as the rightful heir.

In 2017, the Church signed an agreement with the Stagno Navarra family.

Michael Pace Ross, the Curia’s administrative secretary, explained: “On legal advice, and following approval by the Diocesan Finance Committee, the archbishop deemed that ploughing on with the legal battle was costly and most likely futile, and in 2017 acceded to signing an agreement in which the Church formally acknowledged court decisions recognising the legitimate heirs.

“However, the archbishop could not nominate the foundation’s administrator – that was the prerogative of the heirs. The only right he retained was to approve the candidate they put forward.”

The heirs subsequently presented as administrator a layman, Patrick Valentino, alongside a cleric. Both were considered worthy, but the archbishop did not wish to have a cleric involved in the administration of property belonging to a lay organisation.

Pace Ross said that under this agreement, the Church received a capital sum (€200,000), interest from which would enable it to continue to honour the pious obligations, including the celebration of masses.

In February 2020, a Nadur resident coincidentally discovered that the Land Registration Agency had listed his property as belonging to the foundation, sending ripples across Nadur and Qala, with tens of families foraging through the land registry, only to find out their properties were also listed under the foundation’s name.

The Montebello family, the Stagno Navarra family and lawyer Carmelo Galea had set up a company called Carravan and following a legal notice allowing land registrations in those areas, the foundation registered large chunks of land in its name, according to the 1675 contract. The land registry confirmed ownership within days.

This discovery sparked outrage and conflict between the families occupying the land and the foundation owners.

Residents claim the foundation approached them, telling them they built properties on land which was not theirs, and asking them for hefty sums of money to redeem their land.

The benefice lawyer argues there is other documentation proving the land belongs to his clients.

“A number of these lands were granted by title of temporary emphyteusis, which, in terms of law, means that when the term of grant has expired, the land has to be returned to the grantor, in this case, the benefice, together with all the improvements and constructions built thereon,” Galea said.

“Documents in the possession of the benefice handed to it by the Curia confirm the payment of ground rent and rent on agricultural leases by the predecessors of the present occupiers relating to these particular parcels of land. These payments were executed in conformity with the deeds granting them a temporary title on the land they are now claiming as theirs.”

Some residents are expressing indignation at the Church, arguing that by relinquishing control of the foundation in 2017, it allowed business partners to ‘steal’ the land by registering it before everyone else.

The Church says this is “unfair and untrue” since it never owned the lands in the first place. 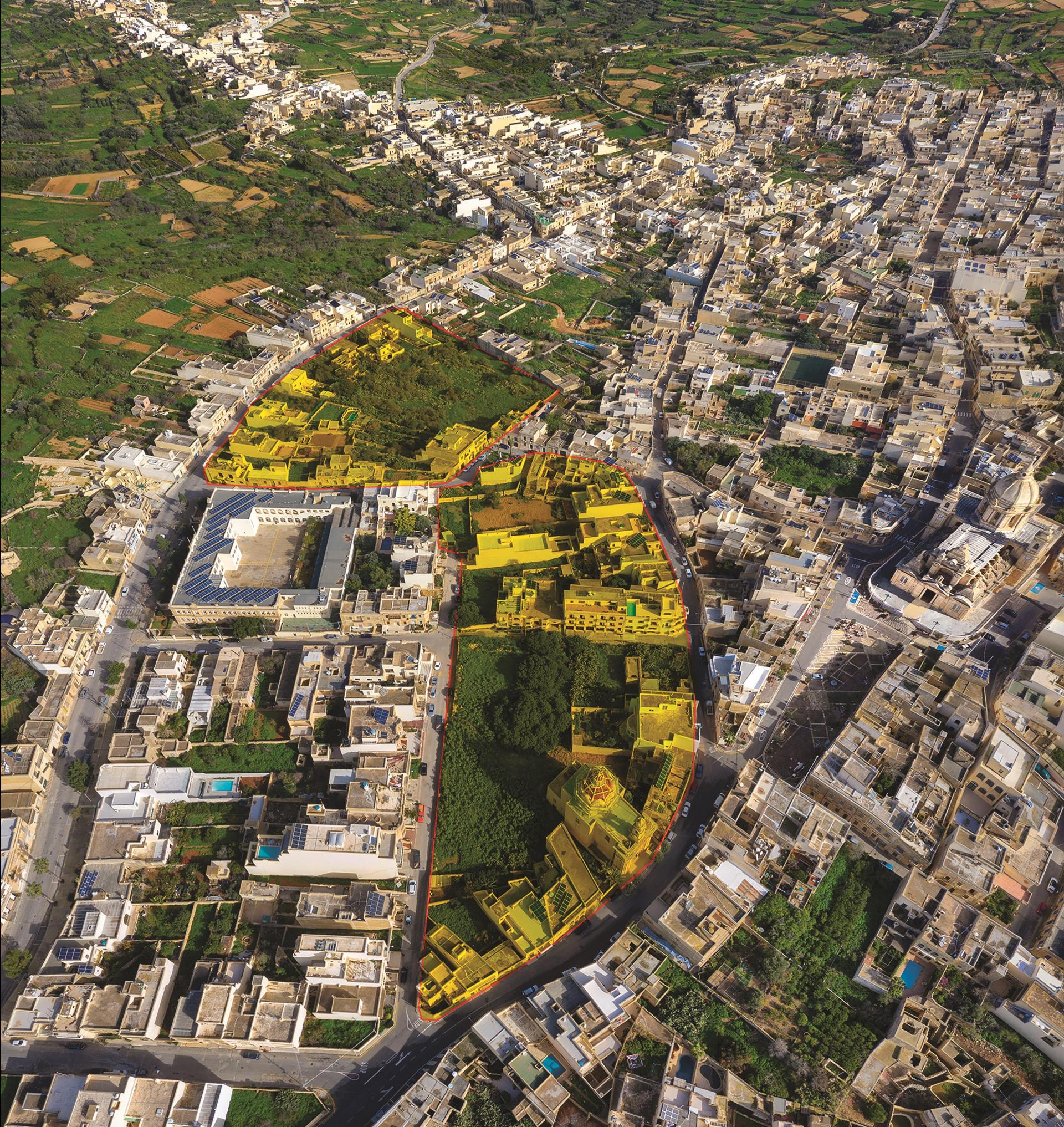 More tracts of land in Nadur under contention.

Muscat eventually pushed for a legal amendment, whereby the government is given the power to revoke or cancel dubious or incorrect certificates such as the one obtained by the foundation. The foundation says this is unconstitutional.

A number of residents are arguing that even if they have no contract, they still own the land, quoting prescription law.

“Prescription law grants rightful ownership of property to any person who has possessed a land for at least 30 years, given that during that period nobody else comes forward to claim ownership of it,” said Tony Cassar.

Huge disagreements remain. The foundation is arguing it has a valid legal title to the lands, because they were registered in its name through the 1675 contract, while most of the families who had drafted their own contracts also claim to have valid legal documents to prove they own the land.

Therefore, in some cases, there are two valid legal documents attributing the same land to two different sets of people.

Ironically, the fund created with the intention to take a wealthy woman to heaven ended up sending tens of families to hell and back centuries later.