A third of the self-employed in Malta in 2017 had leapt at the chance to go it alone, according to a comprehensive survey published on Monday by the National Statistics Office.

And they don’t seem to be regretting their decision: 90.4 per cent of them are quite happy with their status and have no intention of changing it.

The ability to forge their own destiny seemed to be a major consideration, with 85 per cent of them saying that they had influence over both the content of their daily tasks and the order in which they did them. 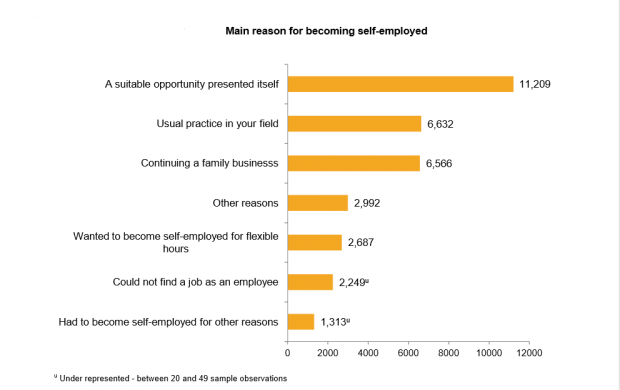 That does not mean, however, that they work any less than those who are employed: on average, full-time self-employed persons worked 46.4 hours per week while part-timers worked 24.4 hours per week. This does not seem to have been an important factor in the decision to go self-employed, however, with only 8 per cent saying that they were seeking more flexible work hours.

The perception of the self-employed person being a loner is also not necessarily correct. Almost 11,000 of them have employees, and nearly 23 per cent were considering hiring more workers on a permanent or temporary basis or making use of subcontractors. In many cases, however, there was not enough work to justify hiring employees (44.1 per cent). A further 40.6 per cent simply preferred to work on their own or did not want to expand their business.

In addition, the survey found that one in every four self-employed persons worked with a co-owner and/or in a network with other self-employed.

Working on your own is not without its problems, but while the main one is common across all businesses – delayed payments or non-payments by clients (16.4 per cent) – it is harder for the self-employed who fall ill and lose their income (11.9 per cent) and who go through periods of financial hardship (10.3 per cent). 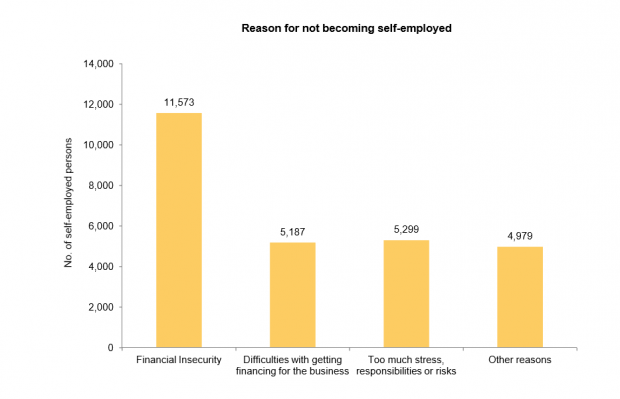 There is also a clear gender gap in this area, with only 8.6 per cent of the women in employment being self-employed, compared to 19.8 per cent for the men.