Crooks in Germany may be about to have a much harder time escaping the police, thanks to this one-off Audi RS4.

Modified by VW Group tuning experts ABT, this is the RS4-R — based on the RS4 estate but with performance cranked up to a whole new level. 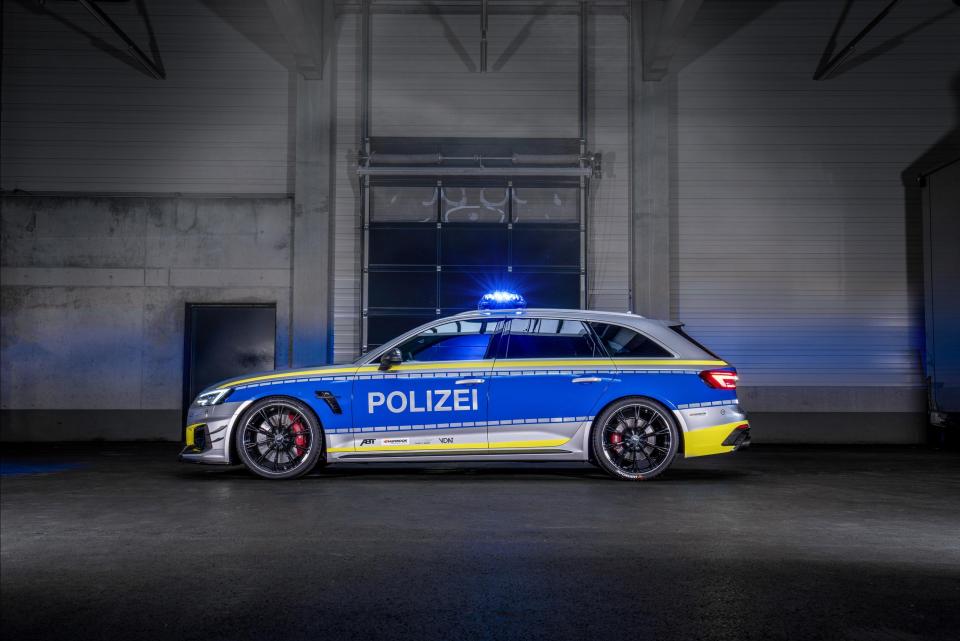 With an ABT Power S upgrade on-board, which includes an additional water cooler and a new air intake, the RS4-R sees power boosted up to 523bhp and 690Nm of torque. It’s also kitted out with an exhaust system with four carbon-fibre exits designed by the firm, to give it a more raucous engine note and aggressive looks.

To hint at its increased performance, aggressive styling tweaks have been made to the car’s bodywork along with the fitment of ABT alloy wheels. Completing the package is a silver, blue and neon yellow livery as typically used by the German police — or ‘Polizei’ — along with its blue sirens. 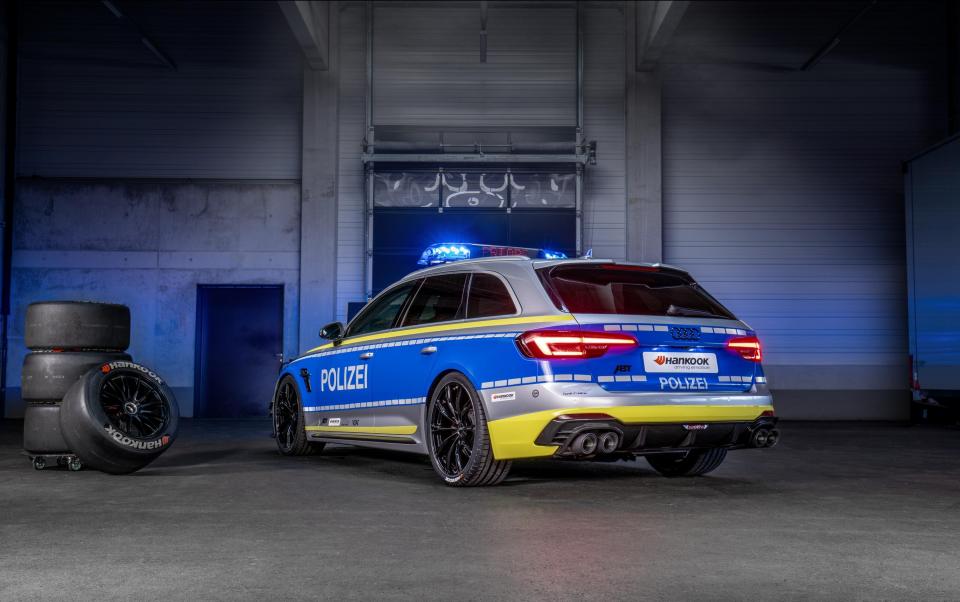 It’s been created to promote the ‘Tune it! Safe!’ campaign by German Federal Ministry of Transport and the German Association of Automobile Tuners. This campaign aims to show that aftermarket car modifying can be done ‘whilst maintaining traffic safety and regulatory compliance’.

The Polizei ABT RS4-R will be publicly showcased at the Essen Motor Show, running from today until December 8.