When Joseph Calleja contracted COVID-19 a few weeks ago, it attacked the very instrument that made him the internationally acclaimed opera singer that he is.“COVID literally went straight to my voice. It got to my pharynx and larynx and I completely lost my voice for four days. I couldn’t speak,” he says.

Despite recovering well, he still feels some minor symptoms have lingered. “You wouldn’t even know if you had them but since my voice is my instrument, I notice every little difference, and I can feel that it is still not one hundred per cent perfect.”

The tenor had to cancel some concerts, but other than that, he says he was not worried, even though the virus could have damaged his voice and threatened his career. “I took precautions, I didn’t go out, didn’t smoke or drink. It was useless worrying about something I didn’t bring upon myself. I only focused on how to get better as quickly as possible.”

Calleja, a frequent traveller, says Malta was one of the best countries to be in during the pandemic. The health ministry and the superintendence of public health did a terrific job, he says. But he remains convinced that the global reaction to the virus was exaggerated and has caused devastating social and economic impacts that only became staggeringly worse with the war in Ukraine.

“I never said the virus doesn’t exist and I’m also vaccinated. I even believe lockdowns were necessary at the beginning of the pandemic. But when the world realised that this was another virus that we had to live with, it made no sense to try and get the numbers to zero.

“Let me be clear. Every COVID death was and still is a tragedy. Every single one, and we must do all we can to avoid as many deaths as possible. But we must accept that this has become endemic and people will die; just like they die with cancer, the flu, obesity, and so many more diseases.”

Like everyone else, flight bans and travel restrictions grounded the 44-year-old tenor, who takes around 100 flights each year to sing in theatres all around the world. But when he took to the skies again, he had to contend with the fact that he has a fear of flying.

An incident that happened during a flight from Schiphol airport to Orlando in 2001, only six days before the September 11 terror attacks, is behind his nervousness. Calleja was on that plane, when in mid-flight, the pilot told passengers they were experiencing an engine failure, that the plane was at risk of blowing up, and that the crew was attempting to land the aircraft safely by gliding it to the nearest runway.

“The flight attendants were all men, and I remember at that moment they started crying. I felt huge pain in my lower back and all I could think of was how I was going to die at such a young age. I was around 23 then.”

Fortunately, the pilots managed to glide the plane to a safe landing and shortly afterwards he was on another plane. But the uneasiness of that moment accompanied him for many years during each take-off.

Aircraft accidents are very rare, but if you take as many flights as Calleja does, you are bound to find yourself in some uncomfortable situations. Another time, as he was landing in Beirut, the plane was struck by lightning. It happened very quickly and all he can remember is catching a glimpse of a huge flash outside the window and the other passengers screaming. “But hailstorms are the worst, because at those speeds, the ice pellets act like bullets against the plane,” he said.

Now safe on land in Malta and preparing for the July 26 concert, Calleja would like to someday perform in the site formerly occupied by the Royal Opera House, but not as it currently stands.

He remains convinced that Malta’s parliament, designed by renowned architect Renzo Piano, should never have been built at City Gate, and the Royal Opera House, now known as Pjazza Teatru Rjal, should have been rebuilt and transformed into a bigger, multi-purpose theatre that extended over to the site where parliament currently stands.

“Presently, the theatre looks like an upside-down canape with toothpicks sticking out of it. If anyone thinks that’s beautiful, I don’t know what’s ugly,” he says. “If architecturally possible, on the outside it should look like, or at least very similar to how it originally looked. Our theatre was designed by the same architect who designed the Covent Garden opera house in London. It’s a jewel.”

Presently, the theatre looks like an upside-down canape with toothpicks sticking out of it

Calleja insists it should be modern and multi-purpose on the inside, to serve not just opera, but a wider range of cultural events, such as musicals, concerts and dance spectacles.

‘Peeing in the bathtub’

As one of Malta’s most famous sons, Calleja also has strong views on its international reputation. And contrary to the views of many, he does not believe that Malta is more corrupt than any other country.

“Believe me, I’ve been to many countries, and let me tell you, we have nothing less than any of them. And I absolutely don’t see how we are more corrupt than any of them,” he says.

But because Malta is so small, mistakes have a greater impact on the whole nation, he argues. He cites construction as one example.

“We cannot afford many mistakes because we don’t have a lot of space. Here is a strange analogy but it explains what I’m trying to say very well: if you pee in the sea, nothing happens, really, because the sea is big. But if you pee in your bathtub, you contaminate all the water.

“Malta is a bathtub. It’s a beautiful bathtub, but a small one, and environmental mistakes, even the smaller ones, have a much greater impact on our island than in larger countries.”

The boring life of a star

Calleja loves opera and plans to continue to do it for as long as people want to listen to him, but he admits that his life is not as exciting as it might seem.

“It’s nice meeting Hollywood actors, the Queen and the Royal Family several times, or smoking a cigar with Snoop Dog at the White House,” he says, clarifying that he only smoked a cigar but would not vouch for what else the American rapper could have smoked. 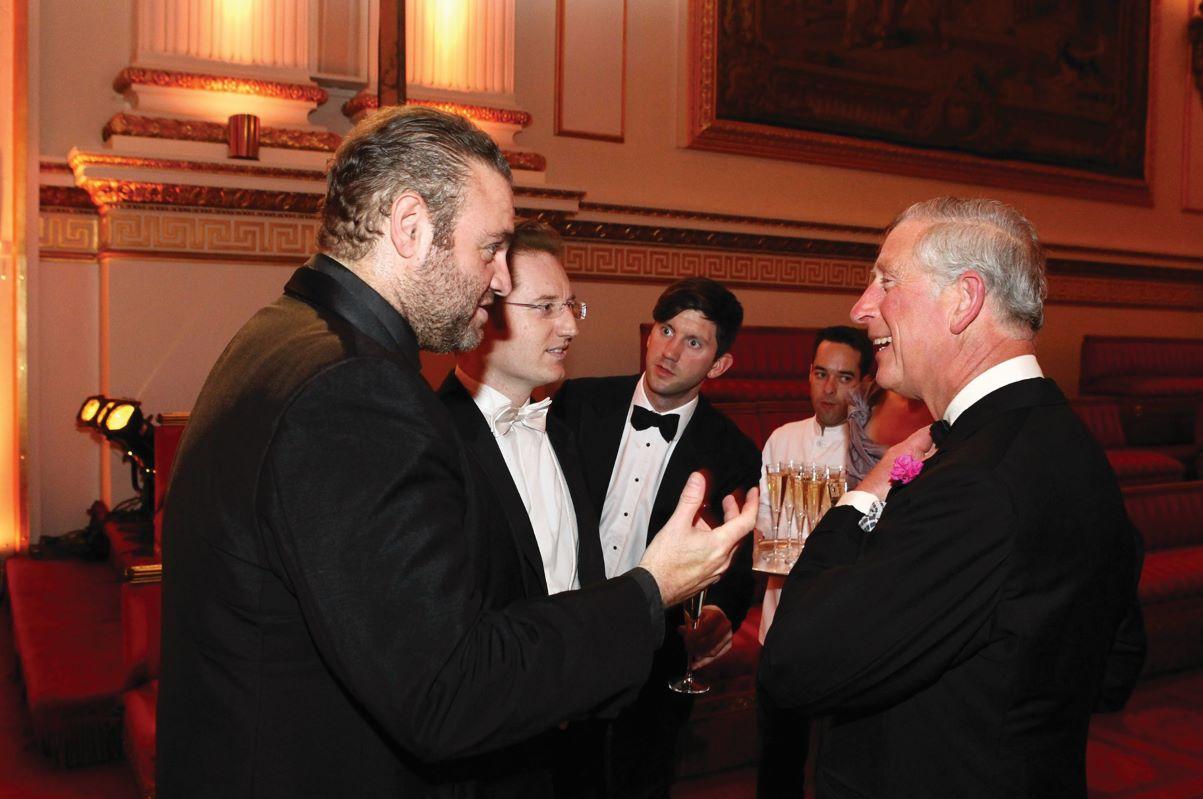 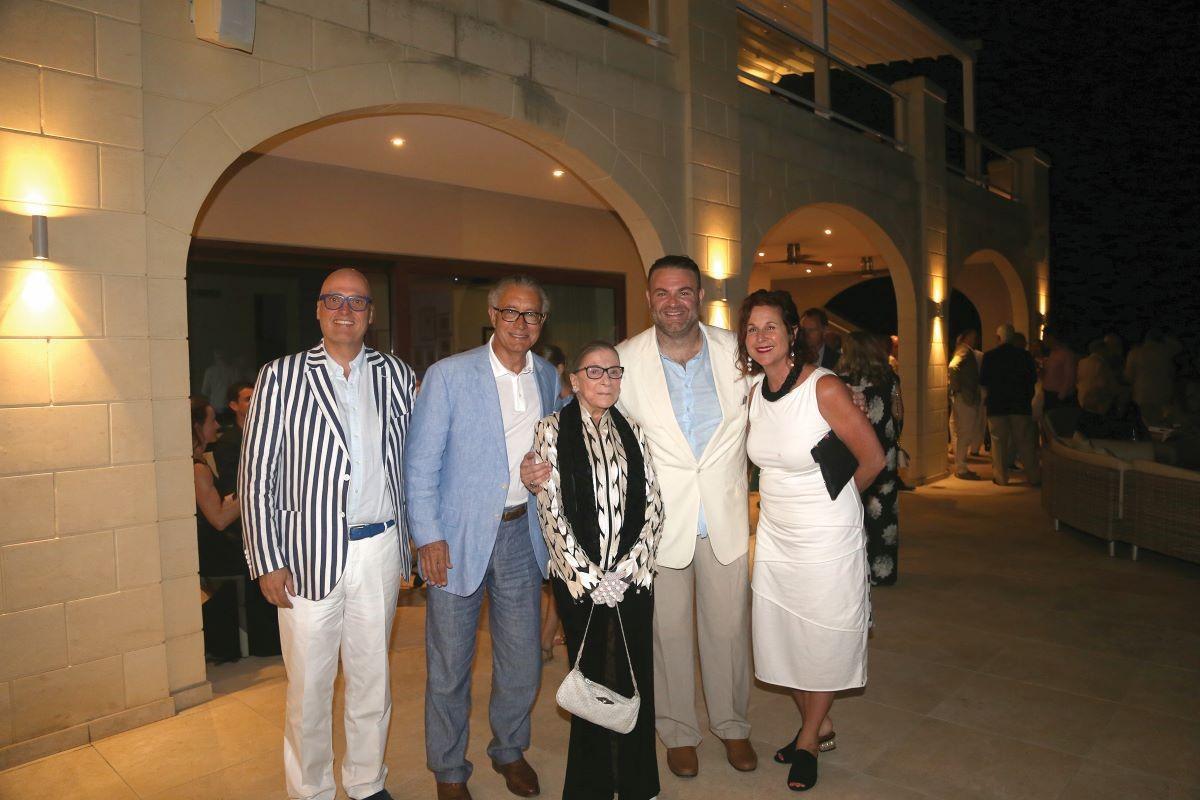 “But glamour is the exception. The rule is spending countless days locked inside hotel rooms, not being able to go out, drink or have fun. My only excursions are a short walk or a session at the gym, maybe. The rest of the time I need to rest my voice.

“Doing anything at world-class level requires a huge degree of discipline and it has a price. So far, my voice has remained intact and is still developing and getting better, but it has only served me this long because I was very disciplined.”

For this reason, he does not wish for his two children, now 18 and 16 years old, to follow in his footsteps.

“One opera singer in the family is crazy enough. Because this is madness, not life. So far, they haven’t shown interest in pursuing a professional classical singing career. I will support them if this is what will make them the happiest, but selfishly, I would not like them to have this life,” he confesses.

“I was fortunate enough to have been born with this talent and found [the late tenor] Paul Asciak to guide me through it. I only took care of my voice and improved it, but I did not do anything to get my voice. That was a gift. So, to be honest, you don’t choose this career. It chooses you.”

‘There is an opera for everyone’

The Maltese tenor is also noticing a decline in opera audiences all around the world, and believes lack of public interest in classical music boils down to people becoming increasingly reluctant to research and learn to appreciate art.

A study published last December by the Malta Arts Council revealed that few people in Malta are interested in attending or paying for arts and cultural events, with the pandemic exacerbating the disinterest.

As Maltese ambassador for culture, Calleja insists people need to give opera a chance. Like wine, it is best appreciated when it is researched and patiently learnt. “I’m absolutely convinced that there is an opera for everyone, and anyone who says they don’t like classical music simply hasn’t listened to enough of it to find their opera or the piece that they like,” he argues.

“We have become too consumed with social media’s instant gratification and we are losing the ability to stop and give arts enough time to blow us away with fascination. Social media is the dumbification of the human race.”

Calleja’s 25th anniversary concert, which is scheduled for Tuesday at Fort Manoel with special guest Placido Domingo and the Malta Philharmonic Orchestra, is fully booked.

“Placido Domingo was my role model as a teenager and I’m looking forward and feel very honoured to welcome him here for this concert,” he says.

“Concerts like this one have become quite rare all around the world. We’re lucky to have been able to sustain it and so far it has exceeded all our expectations.”

Calleja is also the founder of the BOV Joseph Calleja Foundation which has, since its inception eight years ago, raised almost €1.5 million to help 90 Maltese scholars with extraordinary artistic talents to get education and training in international schools.