Tax, like heart surgery, is undesirable, painful and a distraction from the pleasures of a carefree life but good. Tax is good.

Without challenging the acquired dogma that the government should have no role in economic activity that private investment can do better, the dry years of austerity, the ineffective response to climate change, the public resources that needed to be mobilised to manage a pandemic remind us that we need government too.

Economies large and small, sophisticated and lagging need renewed infrastructure to enable communication, transportation, distribution and energy. Governments need the financial resources to build ahead of the economy’s needs. The vision required must be of a grand scale. We can’t merely fix what’s broken. We need a new, sustainable and green economy that reverses climate degradation.

The US is pushing the world’s largest economies to agree on minimum rates of tax paid by businesses. It is doing that because it needs to raise corporate tax in the US from 21 per cent to 28 per cent. What would be the point of doing that if American businesses avoid paying taxes by slipping to some other country which levies lower corporate taxes?

Compare this with rules on labour standards. Imposing minimum working conditions for employees of businesses raises costs for those businesses. If employees need to be paid to do their work, labour will be more expensive than slavery. Why not, then, purchase products manufactured in countries where slavery is permitted?

Reaching international minimum standards on trade and forcing out the recalcitrant is a difficult process built on carrots and sticks wielded over time. But experience shows it is far from impossible.

International standards for labour conditions are just one example. Consider also minimum health standards for food and standards against pollution. Consider the global deal on tariffs and limitations on barriers to trade that force countries to renounce some of their sovereign flexibility in exchange for assurances of reciprocity.

We should rebuild our infrastructure for more ecologically sensitive times

Those changes impacted even little old Malta over time. We slipped down competitive indices for industries that used to be our bread and butter. We could not sustain textiles and low-yield manufacturing, or large-scale ship-repair activities as global realities changed around us.

For some time, we raised our fists angrily at the realities of the world. For decades, we blindly subsidised shipyards that had no hope of ever becoming viable economic activities. We played blame games as factories sowing denim or underwear and shoes of dubious quality shut down their doors.

When we focused on reinventing ourselves and reimagining ways of rebuilding our economies and when we caught up with what was happening in the world around us, we managed reasonably well.

The Americans are by no means alone at this ‘tax revolution’ rally. France, Germany, Italy and Scandinavian countries have campaigned for tax harmonisation within the EU for ages. They are high-tax countries that suffer considerable slippage to Ireland, Hungary, the Czech Republic and other countries which build their economic model around a low corporate tax model.

We know which side Malta is on.

I’m going to make a hazardous comparison here. The analogy only works so far. But consider the United States on the eve of its civil war. The southern states’ economies were built on agriculture and that needs labour bound to the fields. Slavery was a key component of the economic model of a huge stretch of the United States. The north needed labour that was free to move, that could be floated on the market and employed in economic activities that are less tied to the ground.

The economic fault line of our times is not burdened by the profound moral injustice of slavery and, hopefully, we can resolve the issues today without resorting to arms.

Yet, the fault line between high- and low-corporate tax economies is burdened with unfairness and short-sightedness. The low-tax model is the product of an antiquated overestimation of the investment needed in infrastructure, in economic reforms for the species to survive climate change, in social solidarity. It underestimates the role of government as a force for good.

We can raise our angry fists at these realities of the changing world and stubbornly cling to an economic model that, like slavery or textiles, is past its date, or we can get real, be part of the global deal for reform and find a new role for ourselves in the world.

This may sound like treasonous talk at a time when the resistance against the ‘tax revolution’ is mounting up.

This might help. Think back to 18th century Malta, governed as it then was by a religious sect whose income came from rents charged on properties given to it to finance the Crusades (that had been over for centuries) and a licence to rob ships and enslave their crews as long as they weren’t Christian. How was that going to outlive the Enlightenment, the French Revolution and Bonaparte?

In this revolution, once again, we are the ancien régime. Our old way of doing things is challenged by a wave of change. Raising our fists at that wave won’t help us. We should ride that wave and lead this revolution, build a new and sustainable green economy for ourselves and rebuild our infrastructure for more sustainable and ecologically sensitive times.

And we should accept once and for all that to do this we need to pay tax. 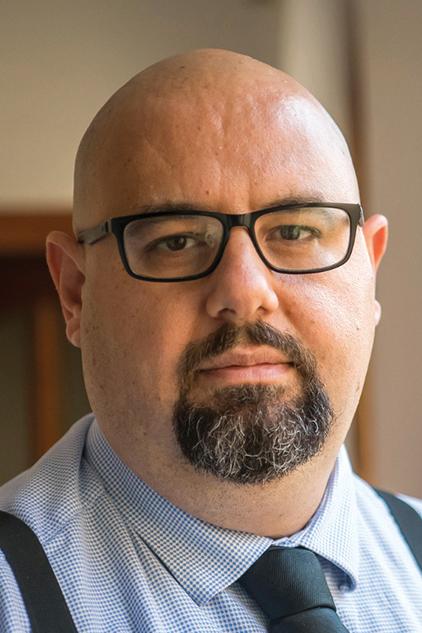