After moving to Paris with her husband, Sidonie-Gabrielle Colette agrees to ghostwrite a series of novels for her him.

The phenomenal success of the series of novels titled Claudine  makes Willy a well-known writer and he and his wife become contemporary celebrities. However, lack of recognition soon frustrates Colette and she plucks up the courage to fight for creative ownership and overcome the societal constraints of the early 20th century.

The film, which had its premiere at the Sundance Film Festival, was welcomed by most critics, with Knightley earning plaudits for her role. Peter Travers of Rolling Stone magazine commented: “This is the firebrand Colette that Knightley plays with every fibre of her being. She's something to see.”

Manohla Dargis of The New York Times called the film “an attractive biographical movie about the French writer, which takes a light, enjoyably fizzy approach in its subject”.

John Anderson of the Wall Street Journal described it as “a liberation story, one witty enough to be worthy of its subject”.

And the critics’ consensus on Rotten Tomatoes similary reads: “Formally familiar but a brilliant match for its lead, Colette is a thoroughly entertaining biopic and an overdue testament to Keira Knightley’s underrated gifts.” 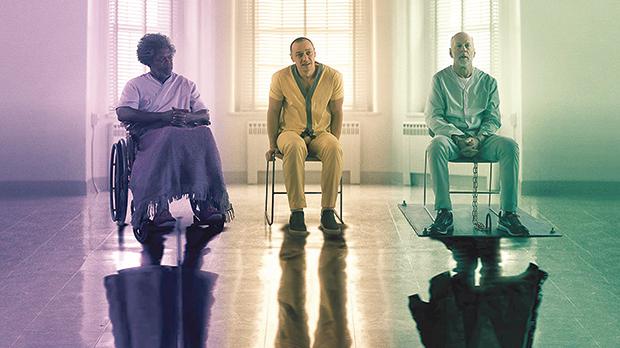 Bruce Willis and Samuel L. Jackson reprise their roles from the first film as David Dunn and Elija Price, known by his pseudonym Mr Glass, respectively; while James McAvoy and Anya Taylor-Joy return as their Split characters: Kevin Wendell Crumb and his multiple identities, and Casey Cooke, the only captive to survive an encounter with The Beast.

Glass now finds Dunn pursuing The Beast in a series of escalating encounters, while the shadowy presence of Price emerges as an orchestrator who holds secrets critical to both men.

The film received average reviews. Nick de Semlyen of Empire magazine wrote: “Essentially a Split sequel with an Unbreakable topping, this is weaker than either of those films but still has a decent amount of entertaining and creepy sequences, most of them due to McAvoy’s high-commitment performance.”

John DeFore of The Hollywood Reporter said: “As a trilogy closer, it’s a mixed bag, tying earlier narrative strands together pleasingly while working too hard (and failing) to convince viewers Shyamalan has something uniquely brainy to offer in the overpopulated arena of comics-inspired stories.”

Tim Robey of The Telegraph noted: “Intermittently entertaining but also a rum mix of goofy and pretentious, Glass sets far more problems than it successfully solves: tying various loose threads together, Shyamalan can’t restrain himself from adding more. The result’s a lumpy tangle, and the trilogy’s weakest instalment.”

The film opens in Malta on Friday. 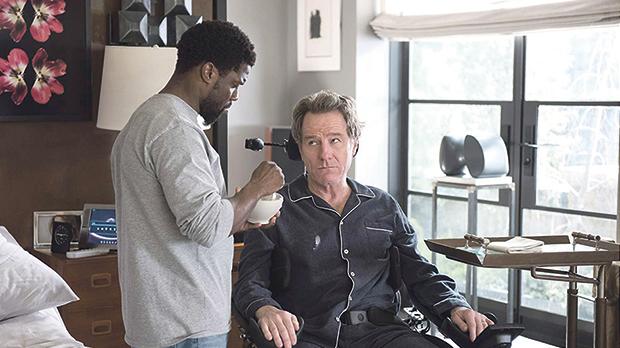 Bryan Cranston (right) finds an unlikely friend in Kevin Hart in The Upside.

This remake of the French film  The Intouchables, which was inspired by a true story, follows a wealthy quadriplegic named Phillip (Bryan Cranston) who needs a caretaker to help him with his day-to-day routine in his New York penthouse.

He decides to hire Dell (Kevin Hart), a struggling parolee who is trying to reconnect with his ex and young son.

Despite coming from two different worlds, an unlikely friendship starts to blossom as Dell and Phillip rediscover the joy of living life to the fullest.

Neil Burger’s film got mixed reviews. Scott Tobias of Variety wrote:  “Bryan Cranston and Kevin Hart have a relaxed comedic chemistry that may not validate the film’s sickly-sweet bromance, but does make it go down easy.”

While Jeannette Catsoulis of The New York Times commented: “This impolitic (some might say offensive) tale of a wealthy, white quadriplegic and the black parolee who restores his will to live is surprisingly winning.”