Tens of thousands of Britons took to the streets of Londontoday to cheer Olympic and Paralympic athletes, celebrating a summer of spectacular sport that surprised even the most optimistic by lifting the host nation's mood.

In scenes reminiscent of the Royal Jubilee and the 2011 wedding of Prince William and Kate Middleton, flag-waving fans crammed into the centre of the city to cheer the likes of Mo Farah, Jessica Ennis and David Weir. 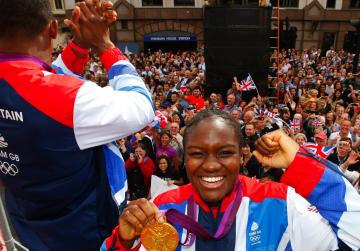 Some 800 athletes rode atop 21 floats past many of the landmarks that made up the backdrop to the London Games, a day after the Paralympic closing ceremony brought an end to the 45-day festival of sport.

"It's been fantastic," said 39-year-old Sophie Edwards, alongside her four-year-old daughter Hannah. "It's been very inspiring - such a good message for the younger generation."

The sense of national pride generated by the successful running of the world's biggest sporting event contrasts with the sense of foreboding that built up before the Games, with the media questioning whether a country still in recession should be paying $14 billion to host a sports event.

A last minute failure by a private company to provide enough security guards also raised fears about the Games taking place under a heavy military presence as organisers called up extra armed forces personnel to police the event.

Instead the Games were deemed to have given Britain a much-needed lift, although, with years of government austerity ahead, questions remain over how long the feelgood factor will last.

Some of the loudest cheers on Monday were for the thousands of unpaid volunteers who presented a welcoming face to visitors in a city not renown for its public displays of emotion.

"Sunday night marked the end of a season of wonder that seemed to surprise the hosts as much as the guests, a period where we looked in the mirror and were met by an unexpected reflection - one we rather liked," the Guardian newspaper said.

Prime Minister David Cameron, surrounded by volunteers on the doorstep to his Number 10 Downing Street residence, said the success of the athletes and the praise from visitors around the world had given the country a huge boost.

"It's brought the country together. I think 2012 will be like 1966 ... something that will continue to delight us long after this time has passed," he said, referring to England's sole victory at the soccer World Cup.

Britain also exceeded its ambitions in the performance of its athletes. The head of the International Paralympic Committee, Philip Craven, hailed the Games as the best Paralympics ever after it drew record crowds and millions watched on television. 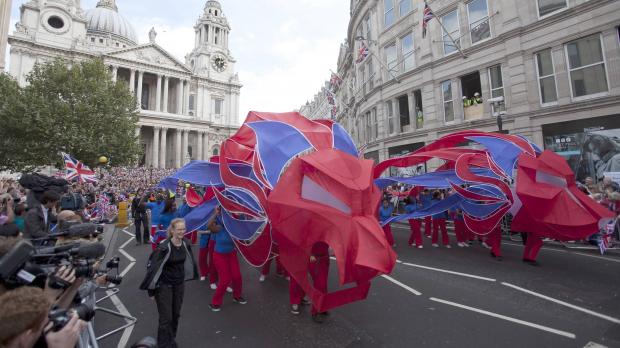