Three balconies came tumbling down on a quiet residential street in Marsascala on Friday night, damaging a parked car, but injuring nobody.

It appears that the third-floor balcony of a block of apartments on Triq Żonqor, Marsascala gave way and brought the next two balconies beneath it crashing down too.

A police spokesperson said the incident happened at around 9.45 pm.

The police had been informed that part of a residential building had collapsed in the vicinity of the Marsascala water polo pitch. 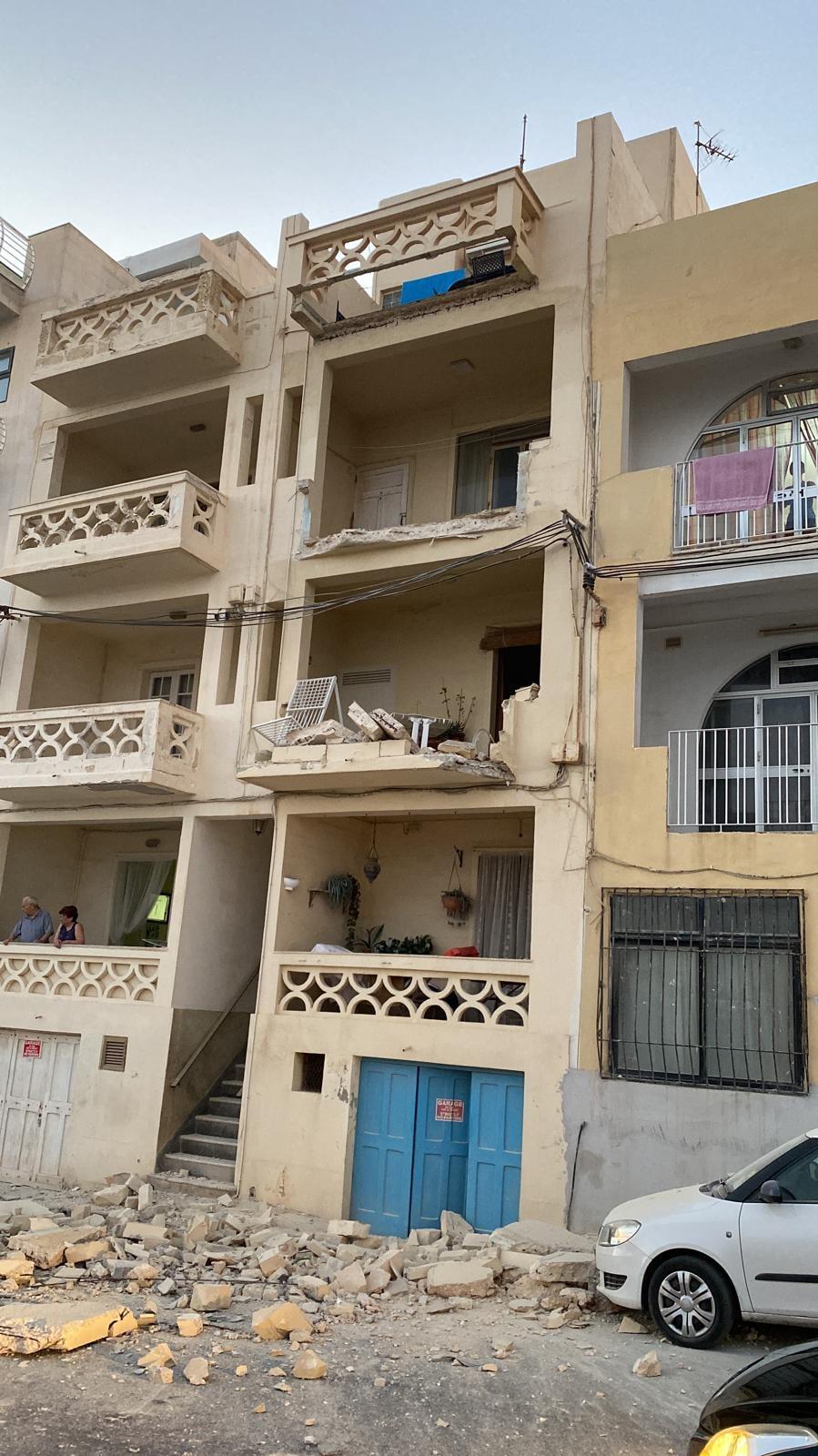 Police rushed to the scene, closing off the road to traffic. No one was injured, the spokesperson added.

A Skoda car parked just outside the building was damaged.

The Civil Protection Department assisted the police and state utility provider Enemalta made sure that none of the area’s electricity infrastructure was impacted.

A government architect is looking into the cause of the collapse.

Sharing images of the damage on social media, Marsascala mayor Mario Calleja said it was lucky that no one had been injured in the incident.