The Catholic Church yesterday celebrated Epiphany, also known as the feast of the Magi or Three Kings. 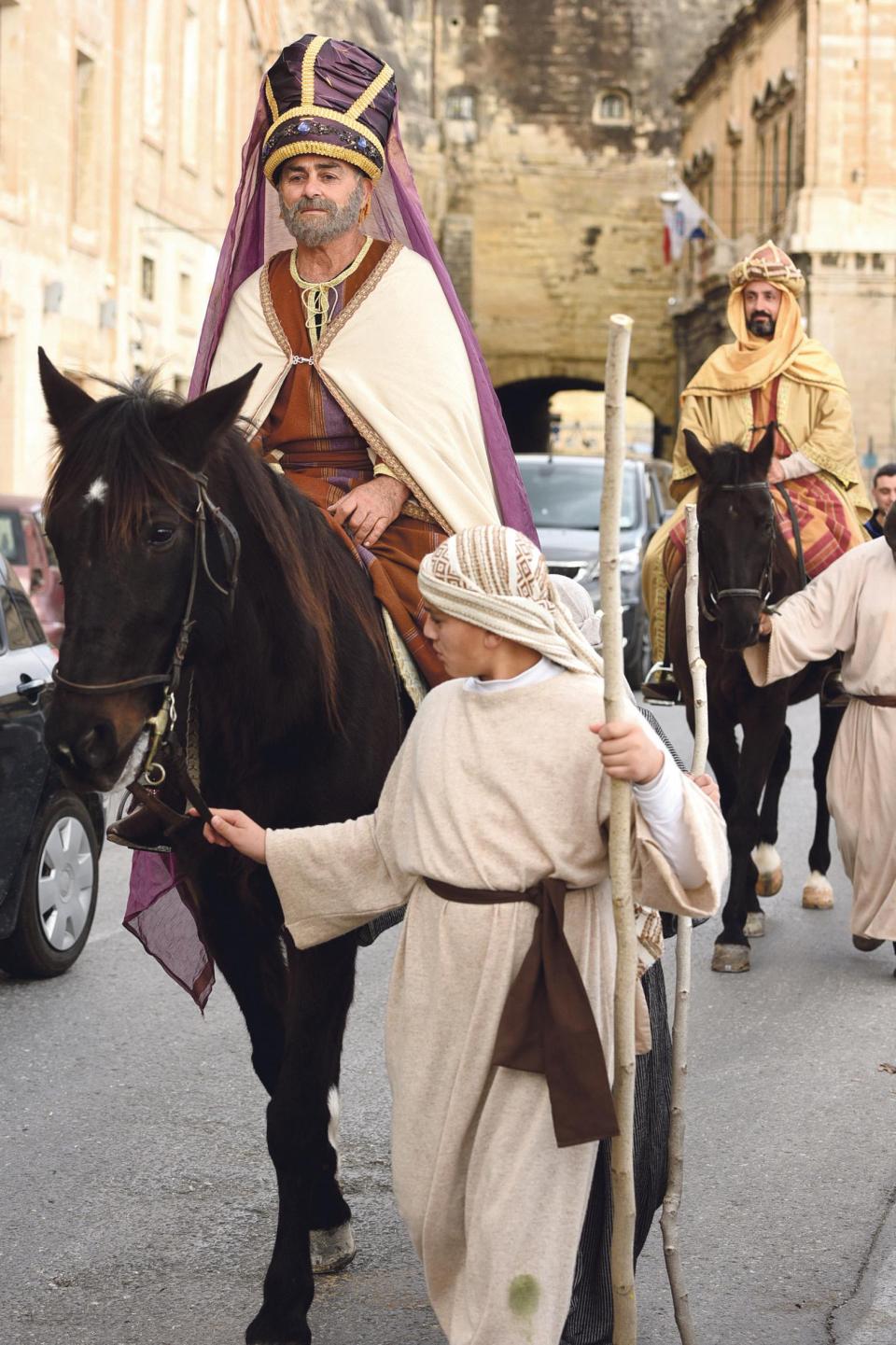 According to the bible, the Magi were distinguished foreigners who reached Baby Jesus in Bethlehem by following a star, bearing gifts of gold, frankincense and myrrh.

As has become a tradition over the past few years, re-enactors dressed up as the Three Kings yesterday arrived at the Nativity village of Bethlehem f’Għajnsielem, where they were warmly greeted by the crowd huddled to see their triumphal entrance on horseback. But before reaching their destination, the trio took part in various activities elsewhere.

In fact, their journey started on Saturday in Vittoriosa, where they boarded a traditional boat to cross Grand Harbour. They mounted their horses at Valletta Waterfront and trotted towards Ħamrun, where an activity was held in front of Our Lady of Antiochia (tas-Samra) church.

Later in the evening, the re-enactors took part in a similar activity in Paola. 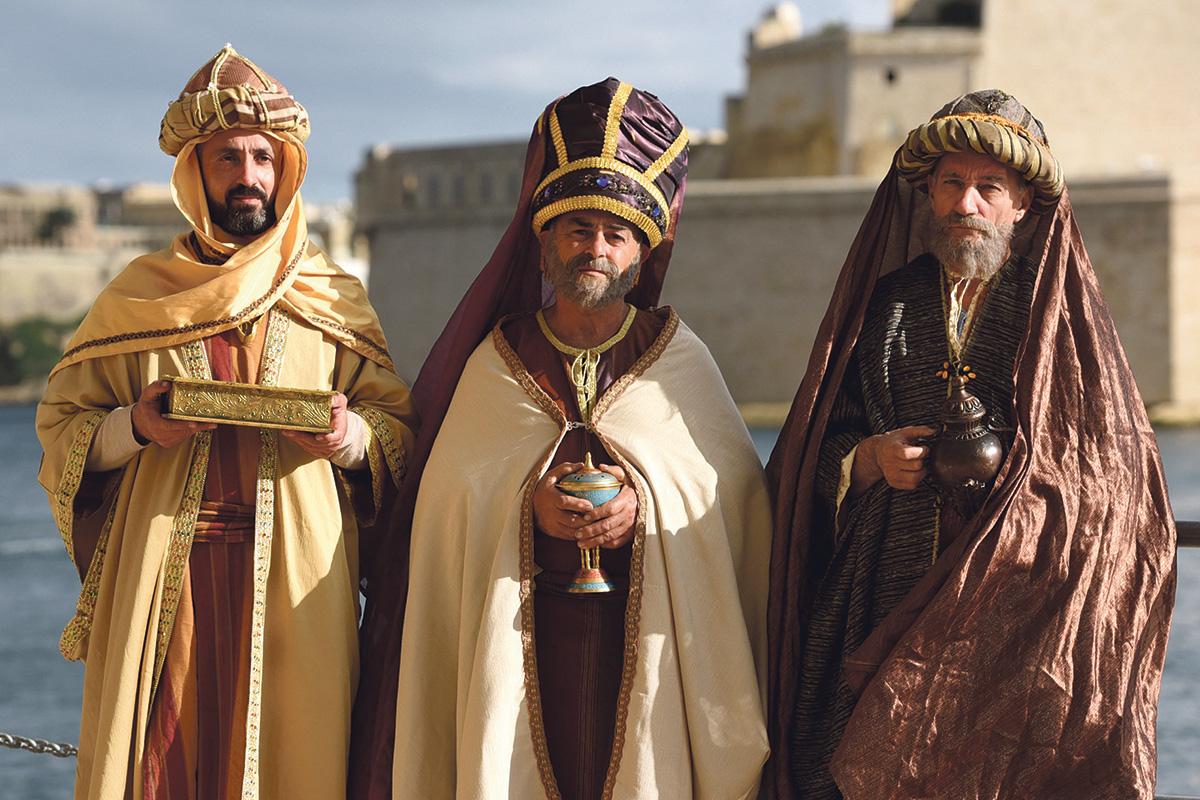 The Three Kings after crossing by ferry from Vittoriosa to Valletta at Grand Harbour. Photos: Chris Sant Fournier, Jonathan Borg

The group yesterday woke up early to visit Mdina and then departed towards Mellieħa where they visited a home for the elderly and met ‘King Herod’ in the main square. In the early afternoon, they left for Ċirkewwa on headed towards Gozo following a ferry trip.

Their arrival in Għajnsielem brought the 11th edition of its popular Nativity village to a close.

Meanwhile, two other localities in Gozo held their own Adoration of the Magi events in the morning: Qala, which saw re-enactors dressed as the Three Kings making their grand entry into the village square, and Xagħra, which hosted La Cavalcata dei Re Magi. This included a mini-procession that converged in the main square to pay homage to Baby Jesus. 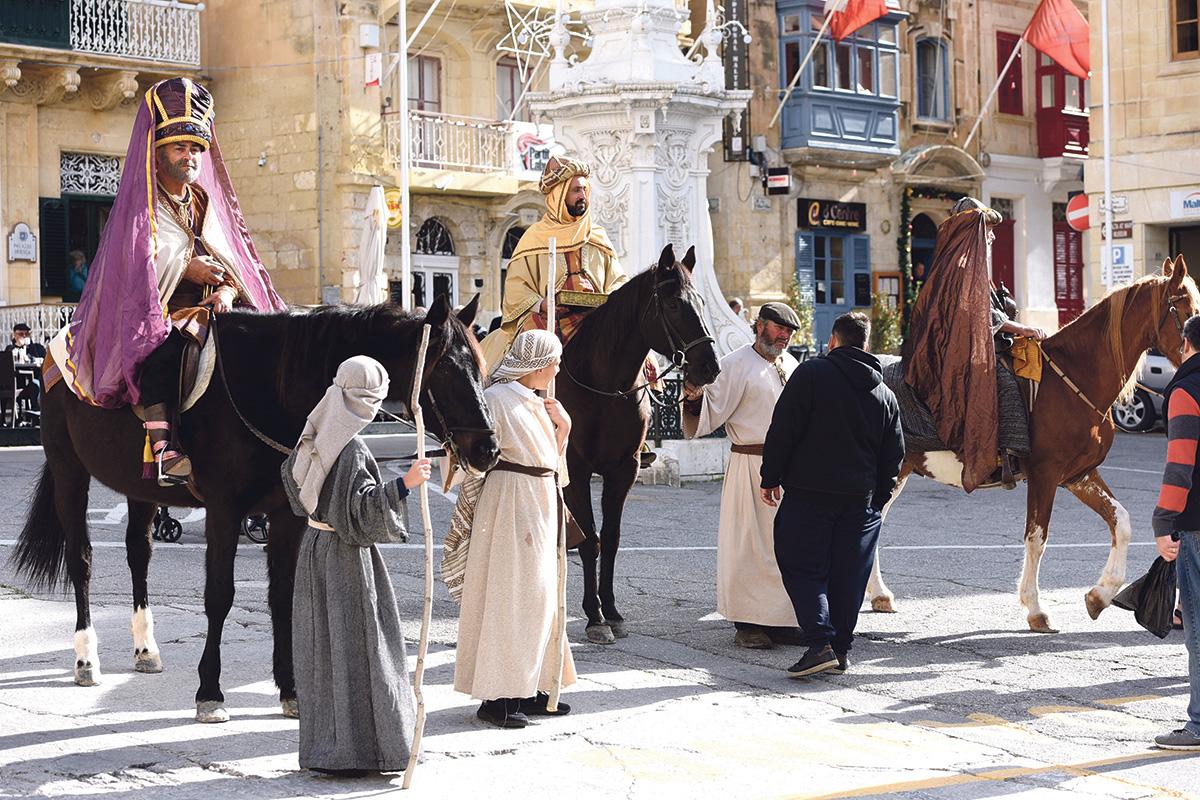 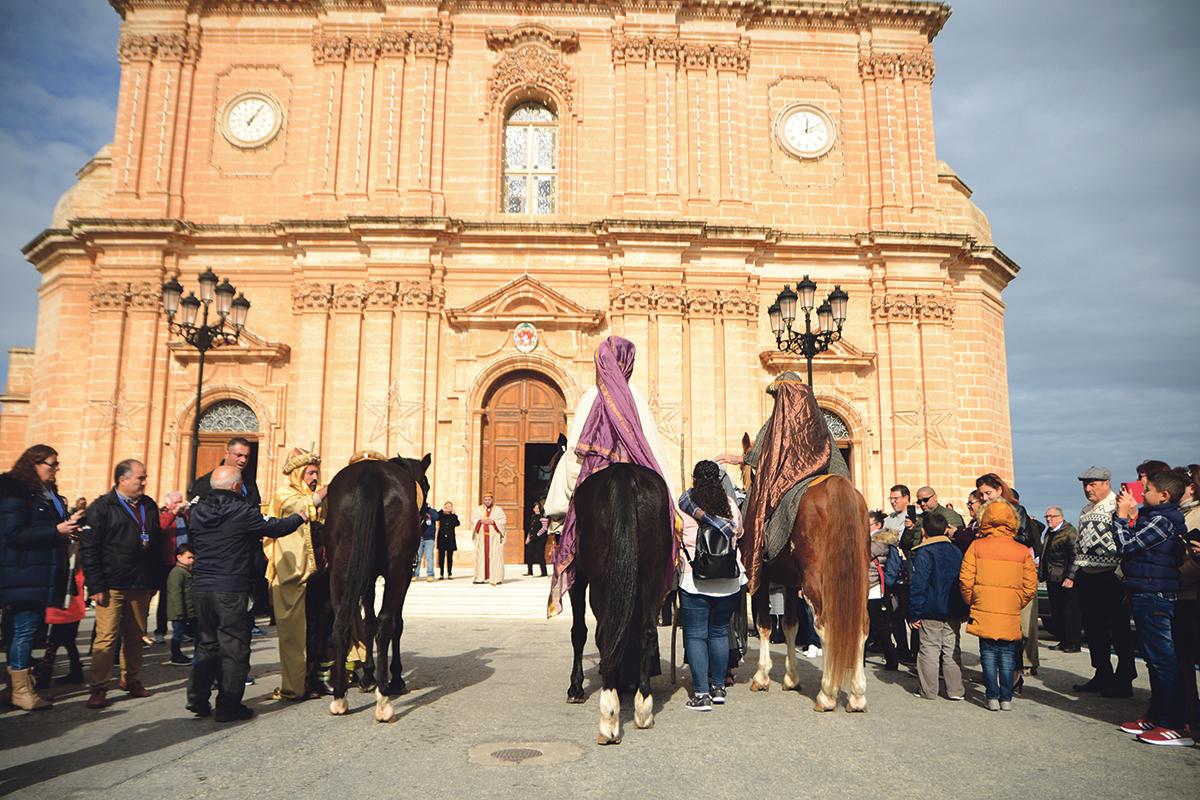