Three people have been charged with terrorist activity after taking over a commercial vessel earlier this week, in a case which made headlines across the world.

The accused, teenagers aged 15, 16 and 19, appeared in court on Saturday morning to face charges connected to the seizure of the El Hiblu 1.

All were accused of having seized control of the ship through the use or threat of force and intimidation. They pleaded not guilty to the charge and requested bail.

Under Malta's criminal code, unlawfully seizing control of ship is considered a "terrorist activity." If found guilty, they face between seven and 30 years behind bars.

Magistrate Donatella Frendo Dimech denied the bail request, noting that civilian witnesses had yet to testify and that the accused had no ties or means of paying a bail bond.

She ordered that the two minor suspects be entrusted to state care and everything done to ensure their safety and well-being. The court ordered a publication ban on the names of the minors who stand accused of the crime.

The 15- and 19-year-old suspects are from Guinea, with the 16-year-old a national of Ivory Coast.

During the hearing, Dr Falzon protested that the minors he was defending had been brought to court through the building's main entrance - in full view of the public - and not from its rear entrance as was customary for minor suspects.

Following a heated discussion, police officers uncuffed the accused before escorting them out of the rear of the law court building.

A saga at sea

Five people had been handcuffed and arrested on Wednesday morning within minutes of the El Hiblu 1 docking in Marsa.

The captain and crew of the El Hiblu 1 had rescued migrants stranded at sea and was taking them back to Tripoli when it suddenly veered north, towards Malta. 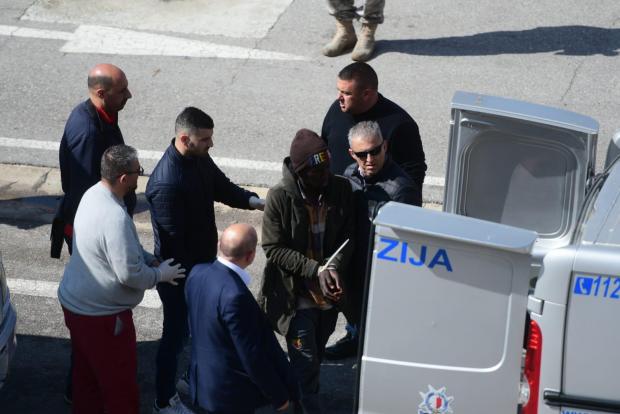 One of the five being escorted away by police after the ship docked in Malta. Photo: Jonathan Borg

Malta’s Armed Forces had said they were keeping tabs on the “pirated ship” and subsequently stormed the El Hiblu 1 when it was close to Maltese waters, after they made contact with the ship’s captain and were told that he was not in control of the ship.

Police sources had subsequently expressed doubts about the captain’s version of events, saying they could not rule out that the captain had claimed he was not in control of the vessel so as to be granted permission to enter Malta.

Times of Malta reported on Friday that a group of the migrants threatened to jump overboard if they were taken back to Libya. 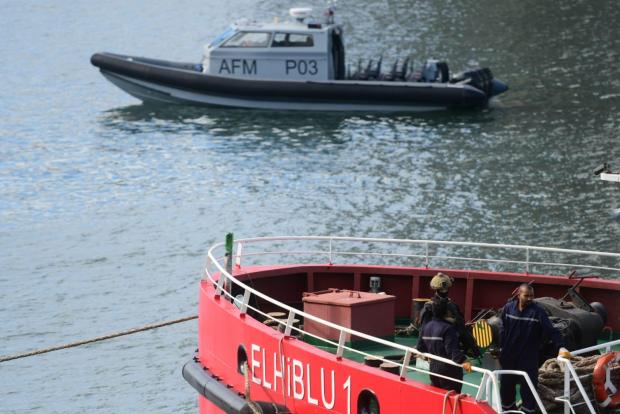 The El Hiblu 1 was brought to port on Wednesday. Photo: Jonathan Borg