Three loggerhead turtles found tangled up in nets or with plastic in their stomachs were released into the Mediterranean sea at Ġnejna Bay on Tuesday afternoon.

Gabriel, Victoria and Stef were released after being taken care of by volunteers of the Nature Trust Wildlife Rescue section at San Lucjan Centre.

All three had suffered due to plastic pollution, with Stef in particular needing surgery after being found entangled in a net, which she had also partly ingested.

The turtles' release is part of a campaign run by Nature Trust – FEE Malta to raise awareness on the problems of plastics in our seas and oceans.

A total of 12 schools are taking part in the Young Reporters for the Environment programme under the Litter Less Campaign, and on Tuesday over 130 students took part in a clean-up activity jointly organised by Nature Trust and the HSBC Malta Foundation.

Students were taught about marine litter and then investigated waste hidden in the sand using strainers.

The NGO hopes to raise awareness on the harm done by plastics in the marine environment, especially since such debris is also affecting human health.

Nature Trust FEE Malta will be carrying on with this campaign throughout 2019. It will also be coordinating with other Blue Flag operators around the Mediterranean and the Black Sea during July 2019 for a regional clean- up campaign. 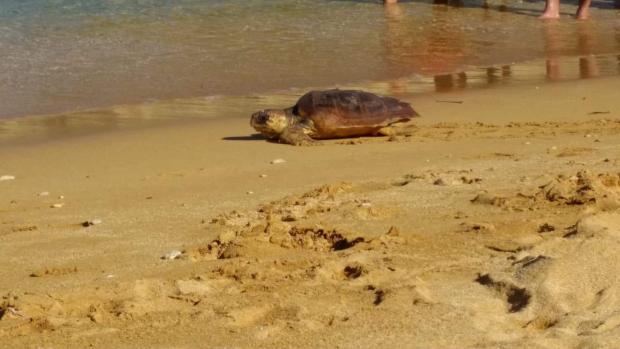