Time has run out for Prego, the iconic Valletta café where time seemed to stand still, with its dark interior tucked away in South Street.

A slice of authentic Malta, dating back to 1946 and practically sticking there, the café’s closure was announced by Facebook page Social Channel, drawing nostalgic comments and expressions of sadness on social media, with patrons already missing their legendary egg mayo sandwiches and describing it as a “big loss for Valletta coffee time”.

Originally opened by Salvatore Bezzina and run by his sons and relatives, that menu – or the waiters - had not changed much over the decades. But the bog-standard ham and cheese toast and the typical pies always did the trick and were a perfect pick-me-up to stave off pre-lunch hunger pangs during a quick-fix escape from the office.

Prego felt like something out of the 1970s, with a refurbishment dating back to 1965, complete with red Rexine chairs, display cabinets filled with bottles and wooden panelling, lending it that unique retro feel.

Generations of families have stepped into Prego, which now joins the recently shut down Kingsway Store toy shop in the annals of history and memory, hammering another nail into the coffin of “real, old-school Malta”.

The building that houses Prego has been returned to its original owners, according to Nicholas Borg Bonaci, who works across the road and set up the Social Channel group on Facebook.

One of the two Bezzina brothers who ran the café was in tears about this, he said. They expressed the hope that whoever would be taking over the café would cherish it as their family had done, following such a long journey.

Many things have come and gone over the past 25 years that Robin Parnis England, a regular, has been working in South Street. But one constant was Prego.

“It was with a heavy heart that I heard the news this morning that it will be closing its doors for good. Walking into Prego was like taking a journey back in time. Nothing had really changed... From the post-war décor to the sought-after egg sandwich, it was always a welcome haven from the bustling South Street,” Parnis England told Times of Malta. 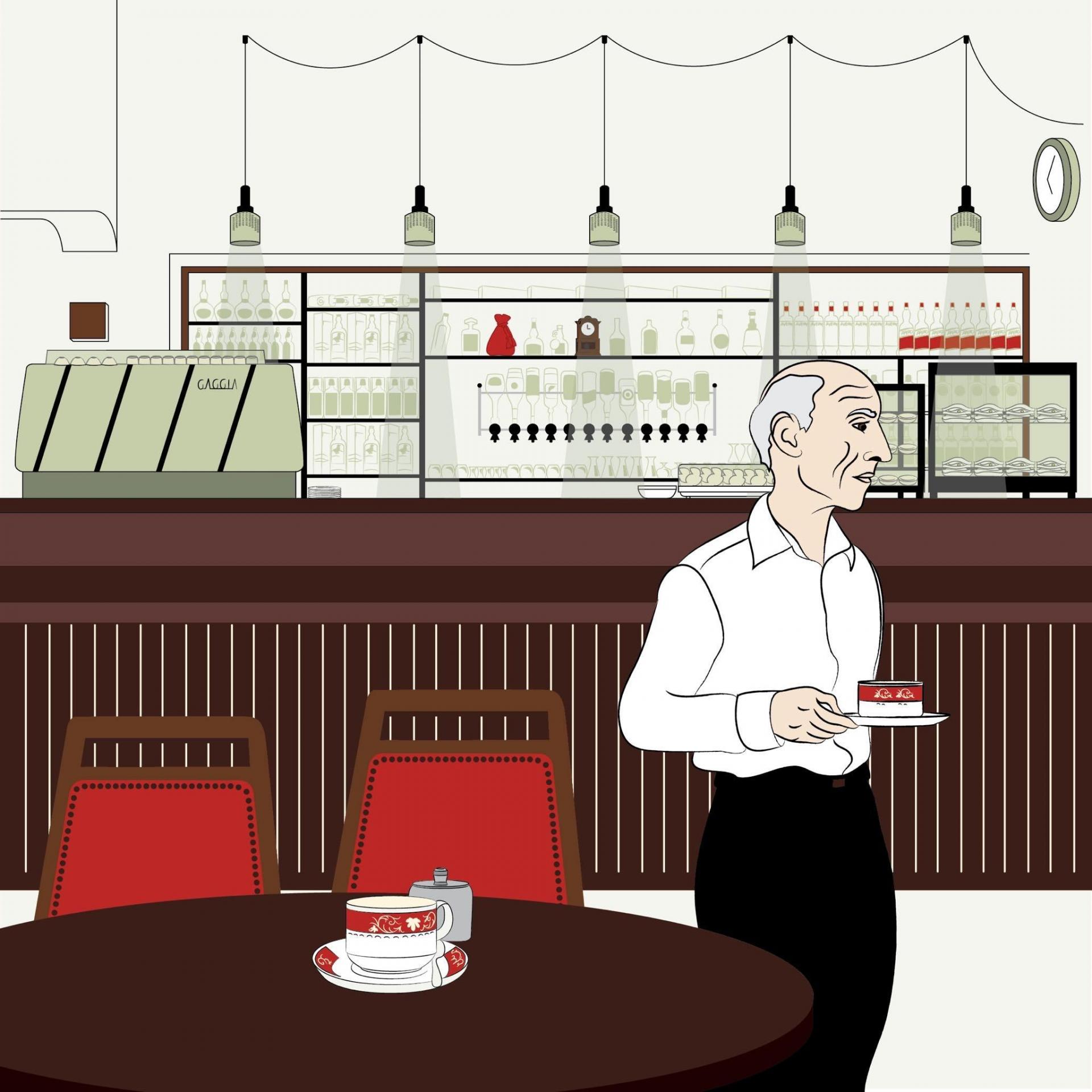 An illustration by Nadine Noko of her favourite Valletta hangout, Prego, capturing the good memories for the artist and designer.

“My first memories there were with my late father. His order never changed – tea and pastizzi at 11am every day, without fail! It was a custom our family carried on till March this year, and anyone who knew us knew where to find us in that half hour.

“Whenever my children visited me in the office, it was a prerequisite that we would go for our mid-morning coffee and snack,” Parnis England recalled.

“We were always welcomed by Sonny, George, Joey and Karm, and it will be sorely missed. When the world seemed to be losing its head with the COVID-19 pandemic in early March, it never occurred to me that I had had my last coffee at Prego.”

Prego was an established end-of-day pitstop – almost a ritual – for many Maltese on a visit to the capital, but the café was not only on the locals’ agenda. It had made a name for itself beyond Malta’s shores and Tripadvisor is awash with comments that describe it as “the true local experience” and a “step back in time”.

The old-style café has been referred to as a “national treasure”. The place deserved to be a museum, said one visitor, but Prego may have other plans in store. He, and others, had prophetically urged others to savour it before it became a memory.

“I used to visit Prego in the 1960s with my dad,” said one tourist. On his return last year, little had changed, but a lot may have if he goes back to the “friendly oasis of calm”, where a Hopleaf and sandwich were “great value”.

Now that the time capsule has burst, what does the future hold? Hopefully a new
life that preserves the charm and character of Prego and of the capital city, ti prego [please].