The northern harbour area is the most expensive area to rent a two-bedroom dwelling, while localities in the south east of Malta and Gozo are the cheapest, a study by the housing authority has found.

Sliema and Vittoriosa are the most expensive on average for a three-bedroomed dwelling. 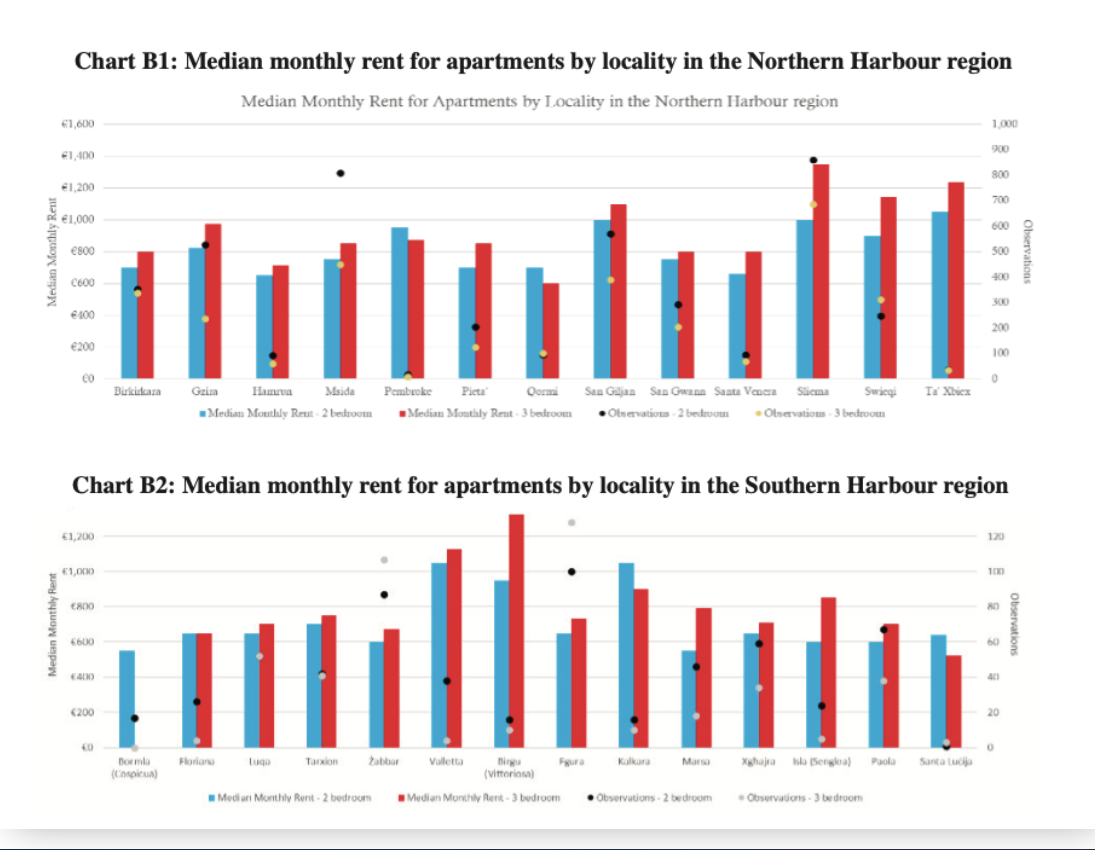 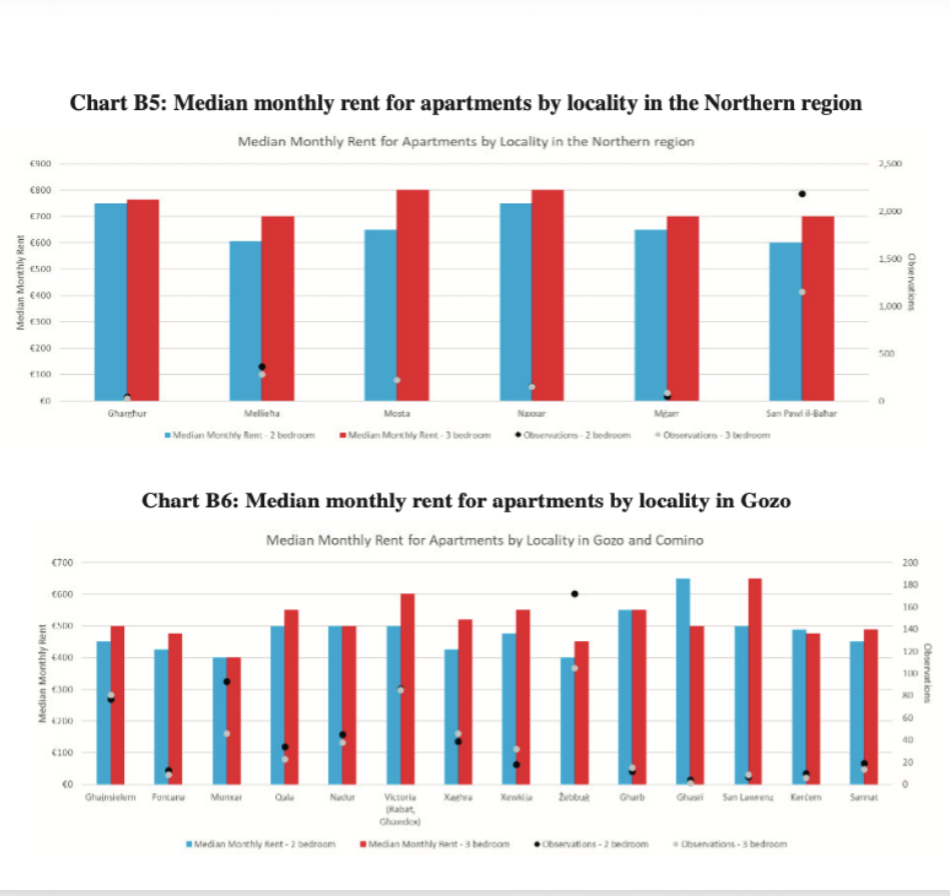 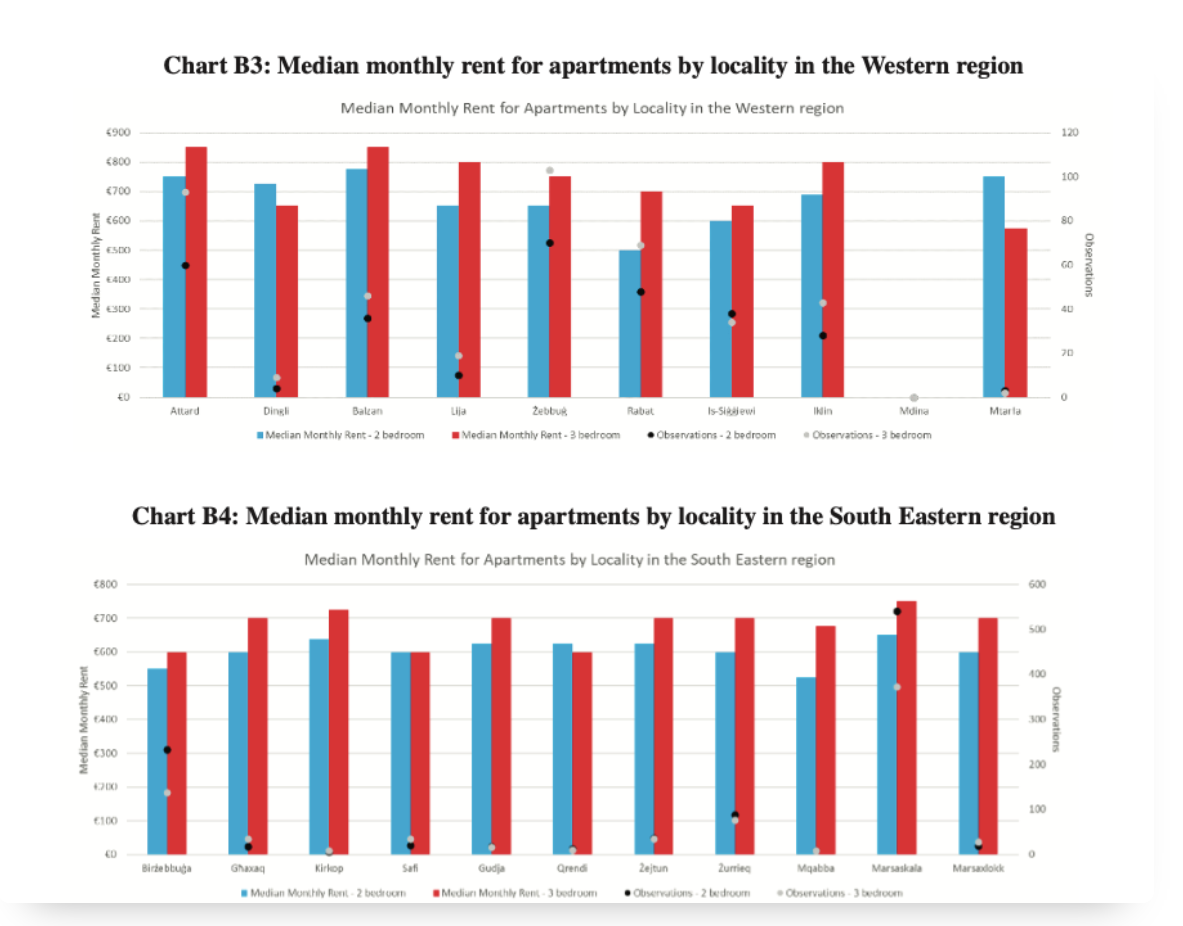 In the first report of its kind, the Annual Malta Residential Rental Study looked at data collected since the new rental laws were passed last year, to give a comprehensive picture of the rental market for the first time.

The Private Residential Leases Act which came into force in January 2020  introduced a number of measures to oversee rental contracts, in an effort to manage an unregulated sector.

The Northern Harbour Area, emerged as the most costly and popular zone, where out of the 12,437 short-term and long-term contracts registered, the average rental price for a two-bedroom apartment was €800, and a one bedroom around €630.

The least popular locality for rentals was the Western part of Malta with 1,334 lease contracts recorded.

A total of 30,483 residential rental contracts were registered with the authority since the Private Residential Leases Act was passed, according to the study.

Significantly, out of the 30,483 residential rental contracts registered throughout both islands, 14% (4,138) were terminated prematurely.

A total of 92% of the total number of recorded rentals were long leases, with the most common duration of the lease (79%) being one year, and the most common type of accommodation being an apartment.

Looking at 2021, 96% of the previous year’s leases were renewed while 87% of the renewed contracts had unchanged rents.

A whopping 83% of the tenants in these leases were foreign, 14% were Maltese, while 3% of leases were taken up by a mixture of Maltese and foreign tenants.

Impact of pandemic on rentals

The period during which Malta entered partial lockdown saw a dip in the number of registered rentals.