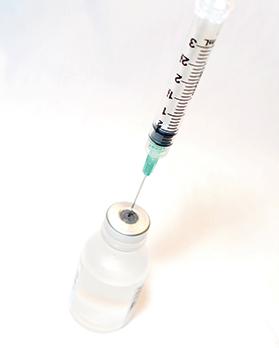 Of 53 European countries, Malta was one of only 13 which did not report any cases of measles in 2017. This is staggering considering that the infection is preventable.

Measles is a highly contagious infection that causes flu-like symptoms and a rash but can have serious complications, even death. Globally it is still a leading cause of death in children, especially if malnourished.

Despite this danger, it can be vaccinated against with a success rate of almost 100 per cent. The measles, mumps and rubella (MMR) vaccine works by introducing a weakened version of the virus into your body. It is too weak to cause the infection but enough to teach your body to recognise the virus and protect yourself. This means that your body already knows how to fight off the virus which prevents you from getting sick when the real virus attacks.

Before the introduction of a vaccination in 1963, measles caused an estimated 2.6 million deaths per year. By 2006 this figure dropped to 90,000 as immunisations became widespread.

Some children, however, cannot be vaccinated – this is where ‘herd immunity’ becomes important. If most of the population are immune the spread of the virus is prevented, providing a degree of protection for those who cannot be immunised. It is estimated that if more than 95 per cent of the population is vaccinated the infection will be eliminated.

But vaccines cause autism, right? Wrong. In 1998, it was reported that the MMR vaccine caused autism and bowel disease. However, this was proven to be false. In fact, one of the doctors had been paid by lawyers in a legal battle with a vaccine-producing company – a massive conflict of interest. Numerous studies have since shown that there is no link between the vaccine and autism.

The study still had an effect though, with the so-called ‘anti-vax’ movement taking a stand against vaccinations. This is worrying since a study in the US calculated that even a small drop in vaccination rates can cause a significant increase in infection rates, with implications on both public health and the economy.

The year 2017 saw rates of measles throughout Europe quadruple, from approximately 5,000 to 22,000, with Italy seeing one of the highest rises. Malta, however, is showing the rest of Europe how its done. The vaccination programme in Malta is strong and as a result there have been no reported cases of measles since 2015 – let’s hope it stays that way.

• An Asian common toad that was found in Madagascar in 2014 has toxic slime that could kill almost anything on the island that tries to eat it. The toad was found in the country’s largest seaport by conservation biologists. Although some animals in other parts of the world have evolved to be able to eat the toads, researchers have found that animals in Madagascar haven’t since the island has been isolated for about 80 million years. This could have a dramatic effect on Madagascar’s biodiversity.

• A major goal of dementia research is to reverse memory impairment. Researchers at Temple University School of Medicine, Philadelphia, have managed to do just that in mice. The team found a specific group of molecules – leukotrienes – which run amok in those with Alzheimer’s disease. By administering a drug which blocks these molecules the damage was reversed. What’s more, the drug they used is already approved for the treatment of asthma, meaning that the research could soon be translated into human clinical trials.

For more science news, listen to Radio Mocha on Radju Malta every Saturday at 11.05am.

• The Maltese cross was embraced by the island’s inhabitants after the Order of Saint John was forcibly replaced.

• The word virus comes from the Latin word, which means ‘slimy liquid or poison’.

• Viruses can enter our body through our nose, mouth or breaks in our skin.

• The dinosaurs Stegosaurus and T. Rex never lived together.

• Immunisation against bacterial infections helps prevent antibiotic resistance – you don’t need antibiotics if you don’t catch the infection in the first place.