Tom Cruise received an honorary Palme d’Or and gushed about his passion for cinema as he made his first visit in 30 years to the Cannes Film Festival on Wednesday for the launch of Top Gun: Maverick.

The French Air Force display team streaked across the sky over the red carpet as the stars headed into the screening for the long-awaited sequel to Cruise’s superstar-making 1986 blockbuster.

The movie was supposed to premiere at the French Riviera film fest back in 2020 before it was cancelled by the COVID pandemic and the film’s release was delayed multiple times. 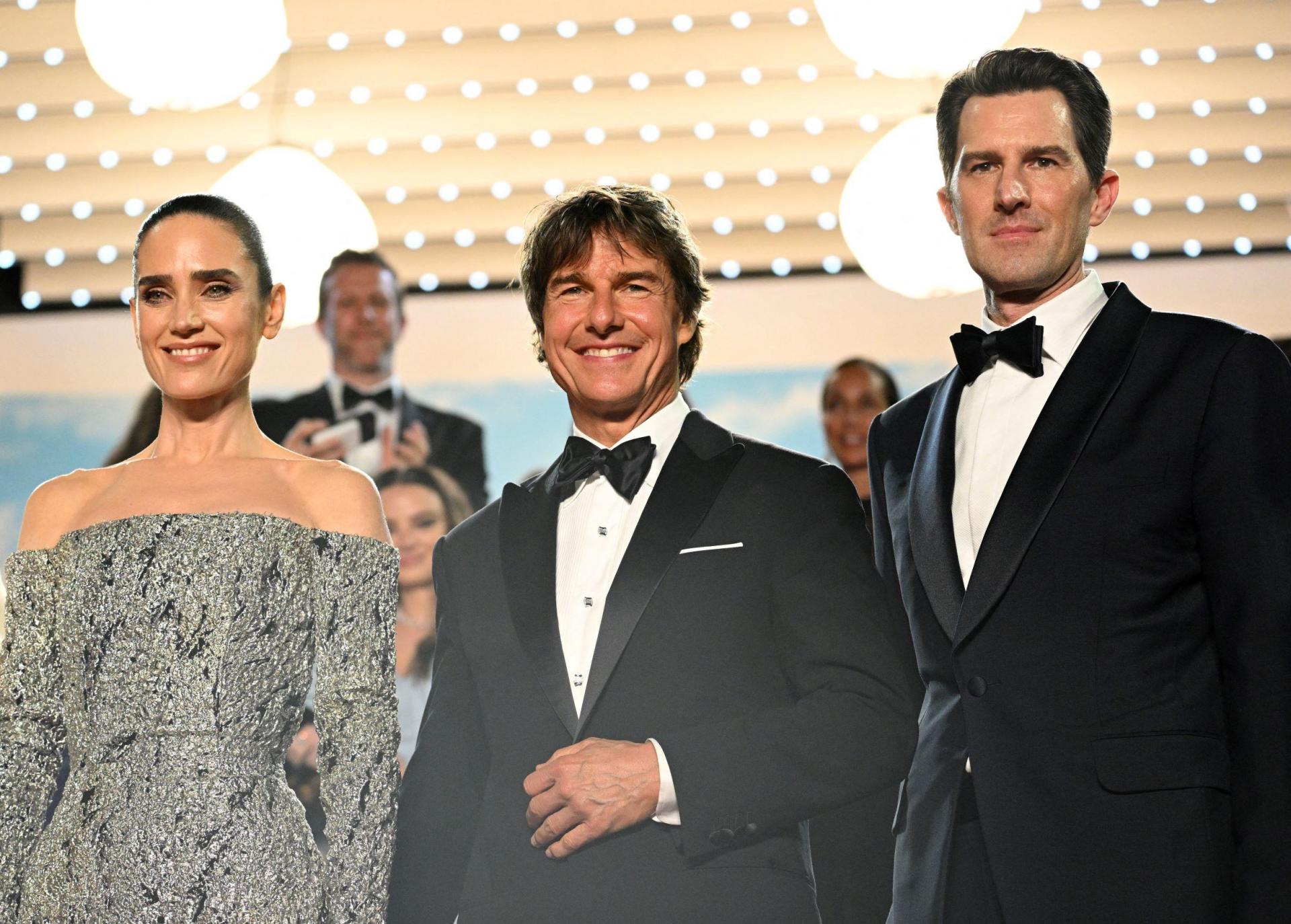 (From left) US actress Jennifer Connelly, US actor Tom Cruise and US director Joseph Kosinski pose as they leave after the screening of the film ‘Top Gun: Maverick’. Photo: Christophe Simon/AFP

Cruise was adamant it was worth waiting for cinemas to be back in full swing, and said he never considered releasing Top Gun: Maverick via a streaming platform.

“That was not going to happen, ever,” he told a Cannes audience in a talk ahead of the premiere.

“I make movies for the big screen. Cinema is my love, my passion. I always go to movies when they come out. I’ll put my cap on and sit in the audience with everyone.”

Fans lined balconies and stood on roofs along the Cannes seafront to catch a glimpse of the stars, while others held up signs begging for a last-minute ticket to the screening.

Earlier, the festival’s main competition got going with a movie from Russian dissident Kirill Serebrennikov, who has been forced into exile since the invasion of Ukraine.

His entry in the race for the Palme d’Or, Tchaikovsky’s Wife, is unlikely to improve his standing with the Kremlin given that it shines a light on the legendary composer’s homosexuality – a story that remains taboo for Russian conservatives.

“No to war,” he said after the premiere. 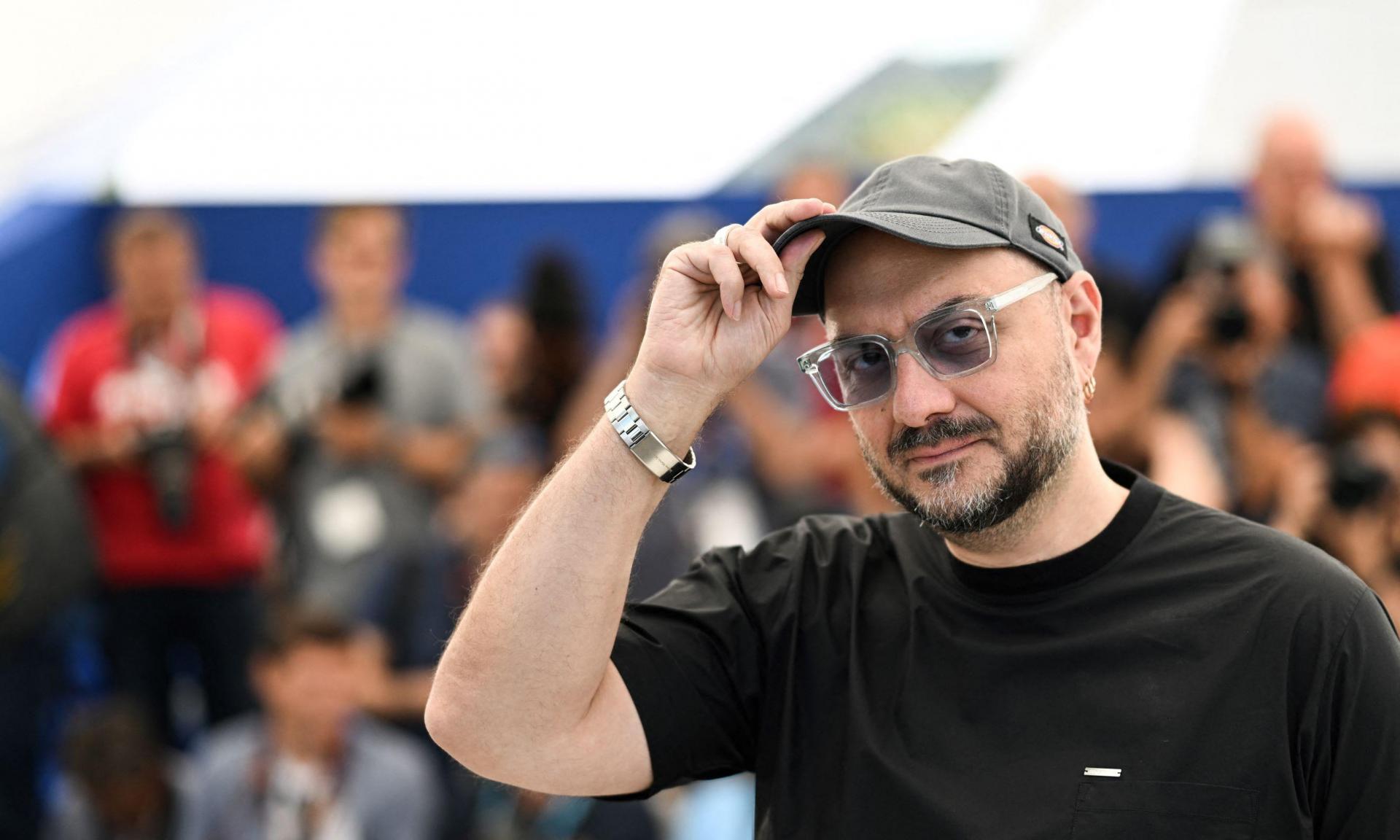 “I am totally convinced that culture and people of culture can help ensure that this war ends,” added the director, who was unable to attend the festival for two previous nominations due to a controversial court case that barred him from leaving Russia.

The war has already been a major theme at the festival, with Ukrainian President Volodymyr Zelensky making a surprise video appearance at the opening ceremony on Tuesday.

There will be a special screening on Thursday of Mariupolis 2, a documentary about the conflict by Lithuanian director Mantas Kvedaravicius, who was killed in Ukraine last month –  by Russian forces.

Ukraine’s beleaguered film-makers will get a special day at the festival and one of its most promising directors, Sergei Loznitsa, will show The Natural History of Destruction, about the bombing of German cities in World War II.

Meanwhile, Cruise’s fight is to boost cinemas as they struggle to emerge from the pandemic.

His 39 films as a lead actor have pulled in just shy of $8.5 billion (8 billion euros) worldwide, and Box Office Pro estimates Top Gun: Maverick could add as much as $390 million in the United States alone.

Critics have been mostly giddy in their reviews, with Empire magazine praising its “slick visuals, crew camaraderie, thrilling aerial action, a surprising emotional wallop and, in Tom Cruise, a magnetic movie-star performance as comforting as an old leather jacket”.

The Cannes Film Festival continues to be a popular launchpad for big-budget spectacles, with industry insiders noting that its new sponsor TikTok has added another level of social media buzz this year.

Cruise received his surprise honorary Palme as he entered the theatre for Wednesday’s screening.

He was last in Cannes in 1992 for the premiere of Far and Away with his then-wife Nicole Kidman, and is the only Hollywood megastar of that era to have maintained his box office power, even as he prepares to turn 60 this year.

“In the history of cinema... he has one of the highest success rates,” festival director Thierry Fremaux said.

“This is someone that we haven’t seen on streaming platforms, TV series, or doing adverts.... He is someone who is devoted to cinema.”