Pro football in the United States has come far, but more needs to be done at the youth level to develop a "culture" that brings the sport on a par with Europe, said Andrea Pirlo, the former standout Italy midfielder. 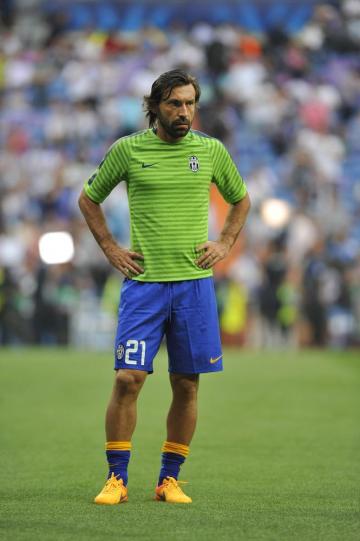 Andrea Pirlo is unlikely to get a call up to the Euro 2016 finals. Photo: Shutterstock

Much of that has to do with how young players start out and are brought up through the ranks professionally when compared to Europe, according to Pirlo, who is in his second season with New York City FC of Major League Soccer (MLS).

"What I'm talking about is actually a system or culture. I don't mean that the level of technical skills are low. I just mean there is a cultural void that needs to be filled," Pirlo told Reuters at an MLS promotional event in Manhattan.

The Italian, who turned 37 on Thursday, said Americans who play football at college are already behind in terms of their development when compared with European peers.

A large part of this has to do with how soccer is sponsored in Europe by professional clubs at an early age, said Pirlo, noting that in the US sports such as basketball and baseball compete with football for the attention of younger players.

As an example of the gap between Europe and US in early development, Barcelona FC has a youth program where children are already identified at the age of five and given training by the club's coaches, said Pirlo.

"So when a young man becomes a professional in the United States he still has some gaps that need to be filled when playing on the field."

As far as his personal US experience, Pirlo said he has adjusted to the new environment and found the level of play quite physical, which he attributed to how players evolve in the US system.

"It's a very hard league to play in. It's very physical, there's a lot of running. So there is a lot of physical work and to me, in my mind, too little play," said Pirlo.

Regarding the fledging NYCFC, which entered the MLS last year, Pirlo was pleased with the progress by the club, which currently stands on top of the Eastern Conference.

Pirlo said Vieira has made a significant difference to the team's performance this season.

"We are very happy with what he is doing. We are working hard every day, and he is bringing in new things that we are learning," said Pirlo.

"There is a lot of hard work, both tactically and technically, as well as things that haven't been done before. The team is really improving and seeing excellent results," he added.