It has been 36 years since Tom Cruise donned his aviators, jumped into a fighter jet and ascended Hollywood’s A-list with Top Gun – and, finally, a sequel is about to land.

“I was a little slow – sometimes I’m a little slow,” Cruise joked to AFP at the world premiere of Top Gun: Maverick, held aboard a retired US aircraft carrier in San Diego on Wednesday.

Slow is not usually a word associated with Cruise, arguably the world’s biggest movie star, who landed via helicopter onto a red carpet that was rolled across the USS Midway’s sprawling top deck for the occasion. 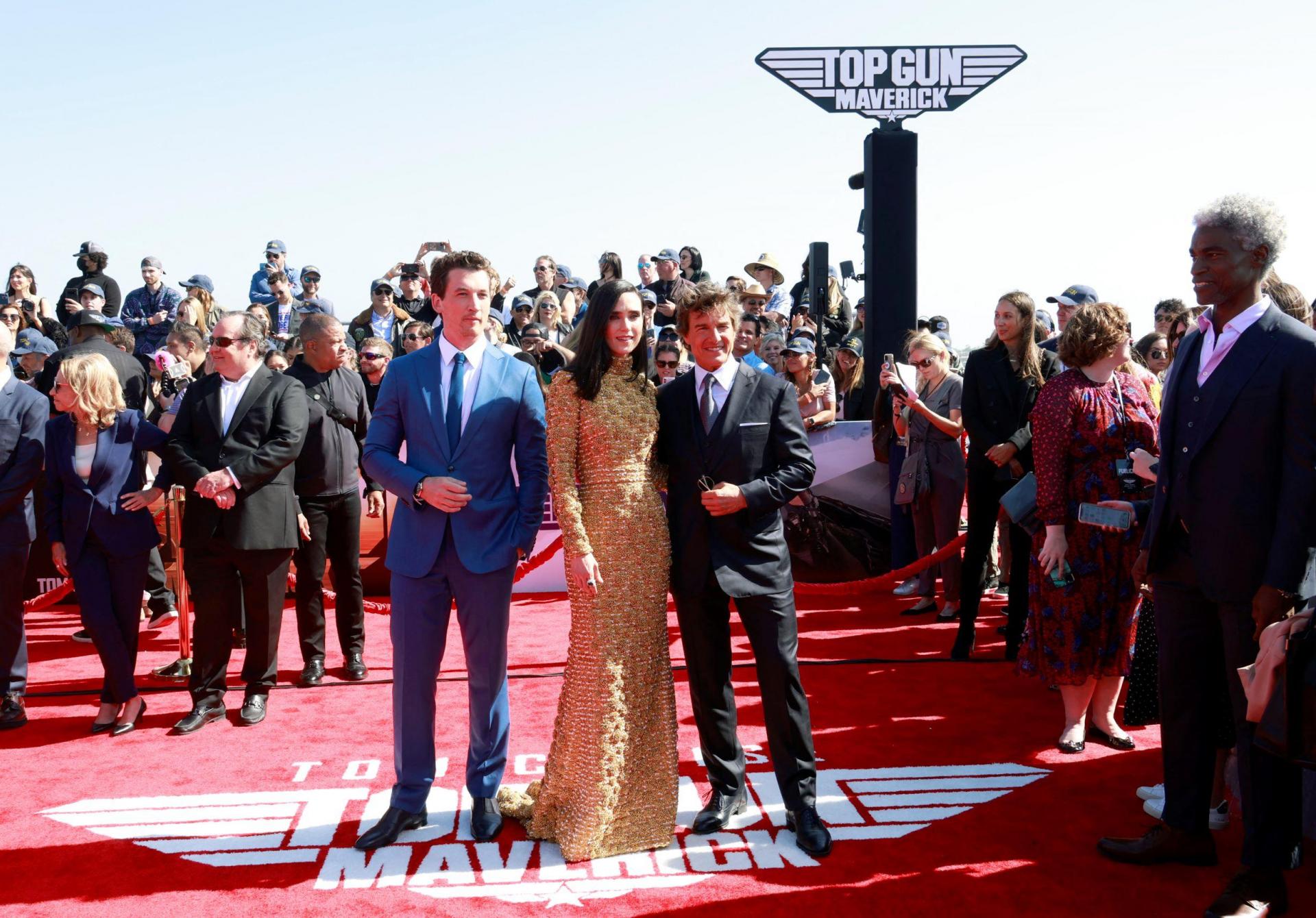 In his new film, out in US theatres May 27, Cruise’s hotshot pilot Maverick returns to the Navy’s elite TOPGUN fighter weapons school where he earned his wings to train the latest batch of cocky young aviators.

Among them is Rooster, son of Goose, who was killed in the 1986 original in a moment that still haunts Maverick, even as he must prepare his charges for a deadly mission.

“The sense of romance, the sense of adventure – there’s a world that you want to be in,” said Cruise, on returning to Top Gun at the age of 59.

“And obviously, there’s always something about aviation.”

Cruise’s original film popularised the concept of the “wingman”, and he said viewers particularly connected with the closeness of relationships in the world of aviation.

“The culture in this world is very unique... and it’s really interesting that people can just connect with the friendships,” he said.

While the movie opens with a nostalgic throwback sequence set on an aircraft carrier, and features a brief return for Val Kilmer alongside Cruise, it otherwise rests on a group of relatively unknown young actors.

“I always knew that’s how I wanted to open the movie, right from the beginning, just to allow the audience to go ‘you’re gonna get what you (want), trust me’,” said Cruise.

Thirty-six years after the original, Tom Cruise unveils on Wednesday the much-expected ‘Top Gun’ sequel on an aircraft carrier in San Diego, ahead of its premiere at the Cannes Film Festival, later this month. Video: Romain Raynaldy/AFPTV/AFP

It also incorporates technological advances such as fighter drones, which Cruise – who has long held a pilot license in real life –  said he spent decades looking at and evaluating.

“It has to be an evolution,” he said.

“I got to learn from some incredible female aviators,” said Barbaro, who along with her male and female co-stars underwent training from US Navy pilots.

“They’re smart, they’re intelligent, they don’t have to prove themselves in any aggressive way. They just are incredible.”

According to director Joseph Kosinski, the Navy had been “wary” when the original was shot but was fully supportive and helpful for the sequel.

“The first Top Gun’was a reason a lot of these guys signed up for the Navy,” said Kosinski.

“The decision-makers in the Navy today are guys who signed up in the ‘80s because of Top Gun.” 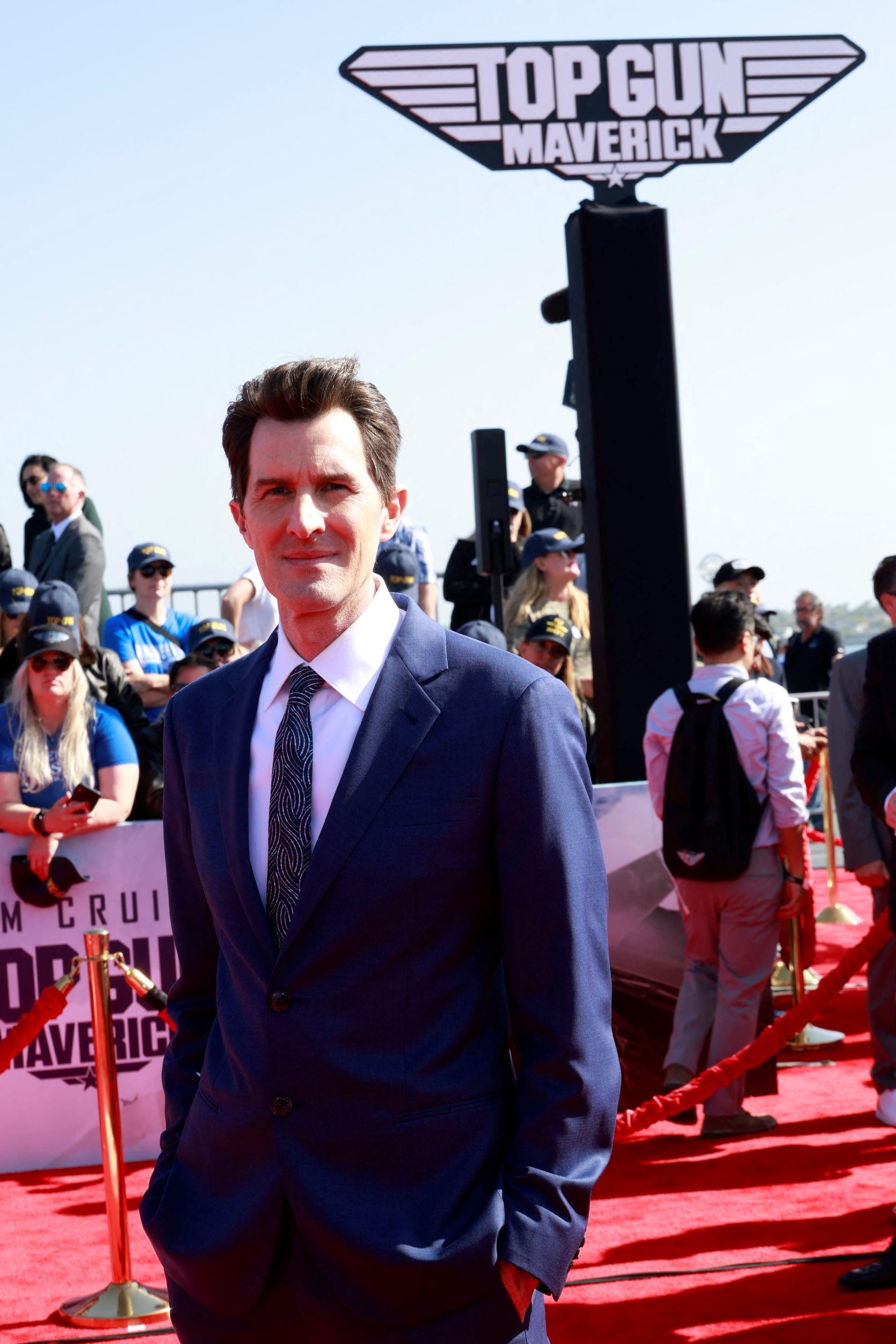 The movie largely shuns computer-generated effects and the actors were filmed inside fighter jet cockpits, enduring intense G-forces as the planes swooped dangerously low above the Earth’s surface.

Still, according to Kosinski, Cruise “always wanted to go lower”.

“There’s a sequence in this film where we went so low, I guarantee you’ll never see anything quite like it ever again.

“He was always pushing... but I think he was happy with where we ended up.”