The Malta Tourism Authority planned to relocate its head office from Valletta to Birkirkara but it was told it should move to Smart City instead, the Times of Malta is informed.

After a request for proposals was issued, the MTA’s chief executive officer, Paul Bugeja, recommended the offices should move to new premises in Birkirkara, deeming it to be the most suitable option, sources close to the hospitality industry said. 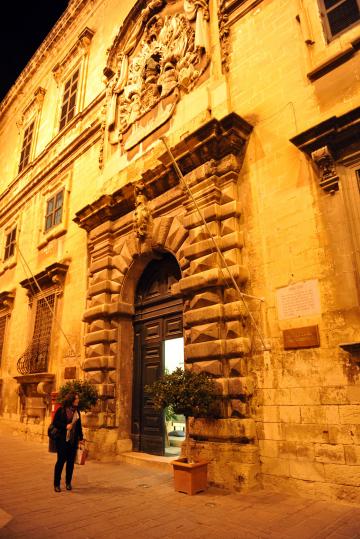 The MTA is being moved from its Auberge D'Italie home. Photo: Chris Sant Fournier

However, they added, the Office of the Prime Minister insisted that the MTA should be transferred to Smart City.

The decision irked many employees, who also complained to their trade union. The union even called a meeting for employees but the decision to move to Smart City remained unchanged, the sources said.

Sources close to the MTA insisted the decision was wrong both strategically and financially. “It doesn’t make any sense that such an important authority, which should be in the heart of the tourism industry, will be moving to a place that is completely dead – at least in a tourism sense,” a senior MTA official, who insisted on anonymity, said.

“However, it seems the government is only interested in populating Smart City with State entities,” another official said.

We thought this was a joke, that someone unrelated should announce on TV that our offices would be moved to Kalkara

The Prime Minister’s chief of staff, Keith Schembri, represents the government on the board of directors of the Dubai-based investors that own Smart City.

Various MTA officials said they only found out about the move to Smart City during a television interview in which V18 chairman Jason Micallef said the tourism authority would be relocating to Smart City so Auberge d’Italie, where it was now housed, would become the Fine Arts Museum.

“At first, we thought this was a joke, that someone unrelated to the MTA should announce on TV that our offices would be moved to Kalkara. However, when we asked the CEO, he told us it was indeed the case and that the decision was not his,” one of the officials said.

Asked to state how many offers were received by the MTA for the lease of office space and who made the lowest offer, the Malta Tourism Authority did not reply. It did say, however, that it would be relocating to Smart City.

“The government is implementing a decision taken by the previous administration to relocate the MTA premises out of the Auberge d’Italie to a different location,” an MTA spokesman said.

“This was an executive decision taken by the MTA management that followed a process of evaluation of the rental property market as well as relevant proposals received, where it was decided that, in the best and long-term interest of the authority and its staff, this was the best way forward.”

Restoration works to turn the prestigious edifice housing the MTA into a museum are in full swing, though the employees are still there.

“The dust and inconveniences we are being made to face every day are unbelievable, and it seems there are no health and safety laws for us,” an employee said.

“There were instances where some employees had to go home sick and, in one case, a staff member had to be taken to hospital suffering an asthma attack.

“The unions have been told to intervene, but it seems that we are not important enough,” another employee complained.

The MTA is expected to officially move out of Valletta in November.