Malta lost out on €251 million in tourism revenue in July because of the coronavirus pandemic, official figures show.

Spending by visitors from overseas dropped by 88.1 per cent, the equivalent of €8 million a day, from the same month last year.

Tourists were allowed to return to Malta on a staggered basis from July 1, after the airport reopened to commercial flights.

But the figures showed that people continued to stay away from the island amid the global pandemic.

July arrivals were estimated at 48,743, which is an 84 per cent year-on-year drop. Of those 44,557 tourist trips were undertaken for holiday purposes, and 2,965 were for business.

Just over a quarter of tourists were from Italy, traditionally Malta's second largest tourism market.

And, as predicted by Malta International Airport CEO, many were young sunseekers. Most arrivals were aged between 25 and 44 years (41.9%), followed by those within the 0-24 age bracket (30.8%).

The wider picture from 2020 shows the economic damage inflicted by the collapse in visitor numbers.

Between January to July, total tourism expenditure reached almost €258.4 million, which is 77.9% less than that recorded during the same period in 2019.

Flights reopened to a list of 'safe-corridor' countries, including Italy, on July 1 and then reopened fully on July 15, when most other restrictions were also removed.

In early July, Malta had the lowest number of active coronavirus cases per 100,000 people in the EU but the figures show most tourists continued to stay away.

Total nights spent went down by 75.3% when compared to July 2019, amounting to 596,139 nights. The largest share of guest nights (47.3%) was spent in non-rented accommodation establishments.

When compared to July 2019, the average length of stay increased by 4.3 nights to stand at 12.2 nights. Part of this increase is attributable to visitors who had to lengthen their stay due to COVID-19 restrictions. 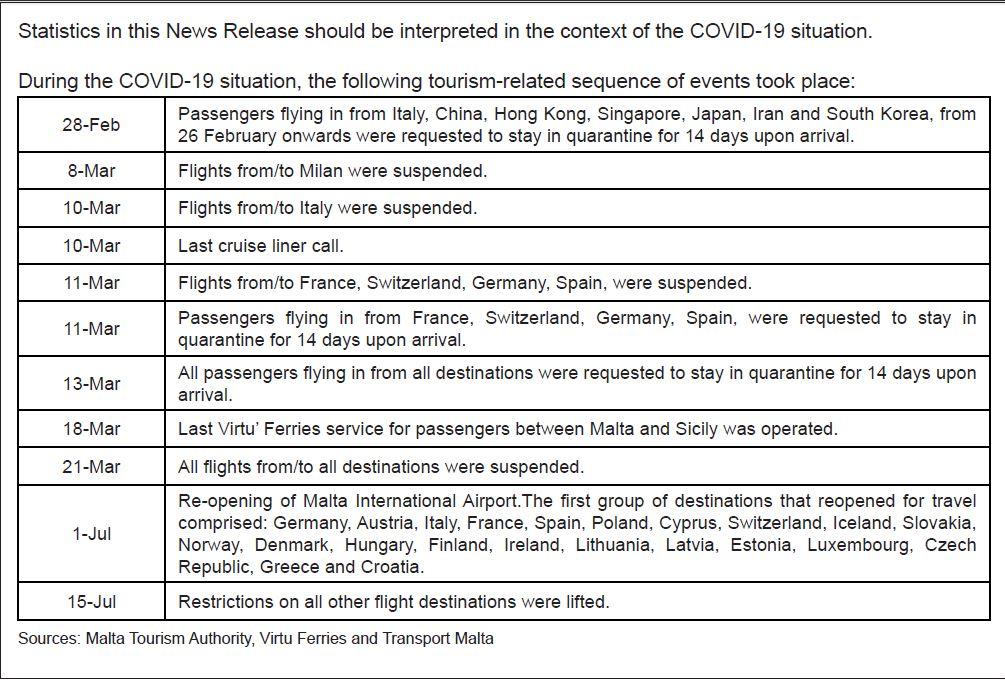