A horse drawing a karozzin collapsed and died in Floriana on Wednesday afternoon, horrifying tourists and prompting the parliamentary secretary for animal rights to call for laws to be revised.

The incident happened at about 1pm at St Francis Street near Boffa hospital as the horse climbed the hill from the cruise ship terminal.

The cause is unknown.

Police and animal welfare officers were called to the scene and the animal's carcass was taken away.

In a Facebook post, parliamentary secretary Clint Camilleri, whose portfolio includes animal rights, acknowledged that laws for horse-drawn carriages needed to be revised.

"I will be following this case closely to ensure that this sort of incident is reduced to the bare minimum," he wrote. "We need to revise laws governing the operation of karozzini."

It was the second horse to collapse within the space of a week. In another incident four days ago, a horse collapsed near Portes des Bombes. It went on to recover.

Owners of that horse said it had slipped on diesel. Animal Welfare officials said they found no evidence of animal cruelty.

A protest to ban horse carriages is being organised in Valletta on Saturday, August 11 at 12.30pm. 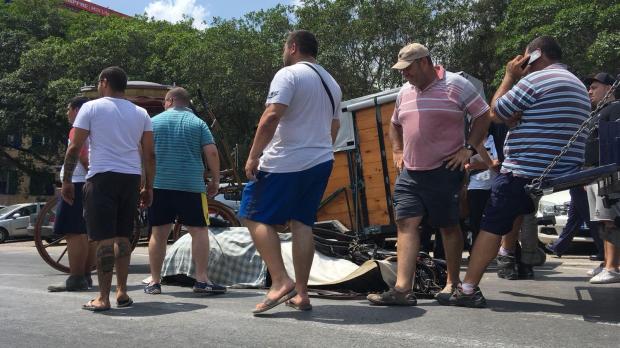