Mists hung low over Machu Picchu, adding an eerie, otherworldly atmosphere as delighted tourists entered the iconic Inca citadel for the first time after eight months of lockdown due to the coronavirus.

Two couples from France and Chile were the lucky first visitors on Monday to the UNESCO World Heritage site. They were brought to the ruins by bus from the tiny Machu Picchu Pueblo village at the foot of the 2,400-metre mountain atop which the ruins sit.

“We're really happy to be here today,” Frenchwoman Veronique, who declined to give her surname, told AFP.

She was left stranded in Peru with her husband and two children by the pandemic.

Peru ordered a total lockdown and closed its borders in March. It has since become one of the worst-affected countries in Latin America, with the highest mortality rate in the world, after the tiny republic of San Marino.

While the confinement was hard on the couple, it was like a “holiday” for her children, said Veronique, whose family plans to return to France next year.

“We may continue our travels in Central America,” added her husband Arnaud. 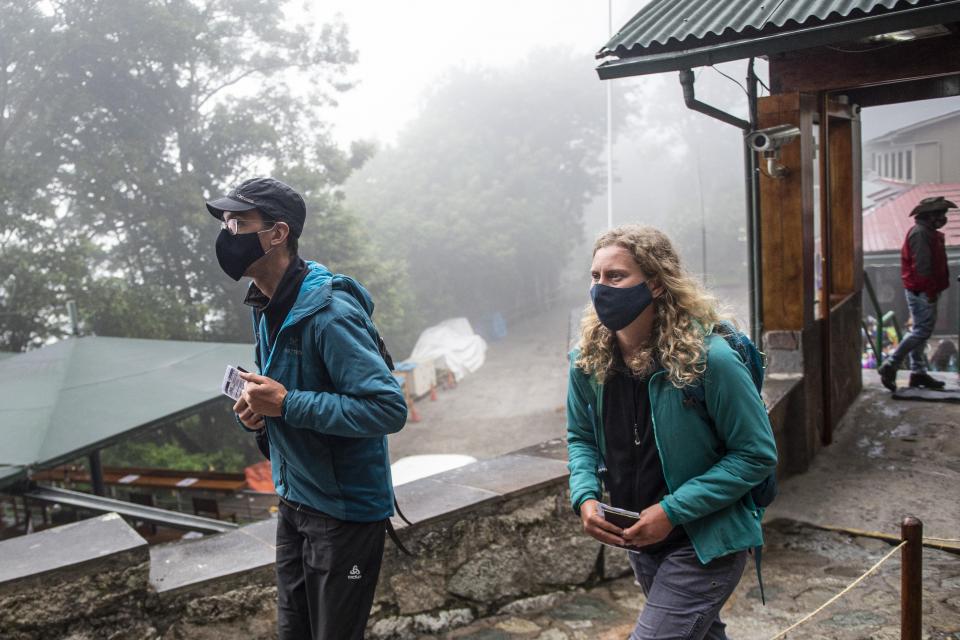 The gates reopened the morning after a ceremonial Inca ritual was performed at the former religious site.

“It was a surprise to see that effectively we were the first international tourists to enter this complex,” Chilean Juan Jose Garcia, 34, told AFP.

“I feel lucky to be able to visit here without people,” added his wife Victoria Moran.

The citadel's eight-month isolation was nothing compared to the four centuries it lay covered by dense vegetation before being rediscovered by American explorer Hiram Bingham in 1911.

Before the pandemic, around 3,000 people a day would visit Machu Picchu, which means “Old Mountain” in the Quechua language that predominated in the Inca empire.

Now, visitors and staff must pass through a temperature control before entering the site.

On Monday, the first visitors – mostly Peruvians – were met by low-lying clouds as they followed paths around the citadel built in the 15th century by the Inca emperor Pachacutec.

It was a ceremonial centre, but there were also areas dedicated to agriculture and living quarters.

It took a couple of hours for the low-lying clouds to lift and reveal the famous Huayna Picchu peak that provides the backdrop to the typical postcard picture of the site.

Those low-lying clouds, as well as the dense mountainside vegetation, ensured that the citadel and its treasures – such as the Temple of the Sun or Intihuatana stone – remained hidden for four centuries until they were rediscovered by Bingham on July 24, 1911.

Having spoken to locals, the Yale University professor became convinced there were treasures to be discovered in the area, although he never imagined what he would find.

He organised an expedition up the mountain led by a child guide.

“We were confronted with an unexpected sight, a great flight of beautifully constructed stone terraces, perhaps a hundred of them, each hundreds of feet long and 10 feet high,” Bingham wrote in his book Lost City of the Incas.

As he continued, he came across a cave “as fine as the finest stonework in the world.”

'Rise up to be born with me'

While Bingham (1875-1956) rediscovered the archeological ruins, historians say it was Chilean Pablo Neruda (1904-1973) who “discovered” its poetry.

The site's reopening coincides with the 75th anniversary of Neruda's poem The Heights of Machu Picchu, which helped give the citadel global exposure at a time when neither television, internet nor social media existed. 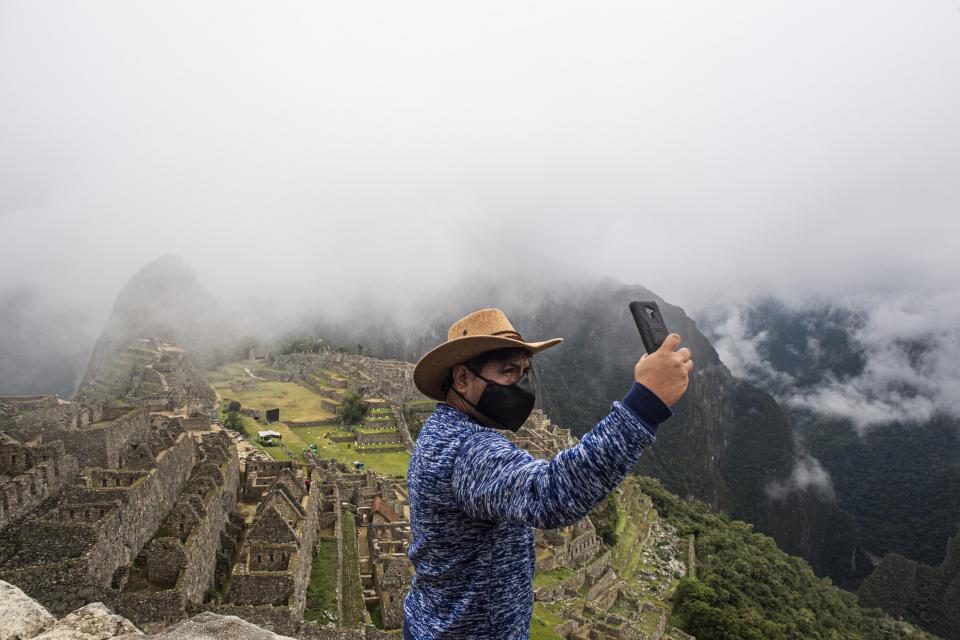 A tourist takes a selfie at the archaeological site in Peru.

Neruda rode a mule up to the citadel in 1943, three years after it opened to tourism. Two years later, he wrote his famous poem in which he tells the indigenous builders of the citadel to “rise up to be born with me, my brother.”

“Cling to my body like magnets. Hasten to my veins and to my mouth. Speak through my words and my blood,” he tells them.