This is the new, fourth-generation Toyota Yaris. It’s a car which bears a nameplate that has come to represent value-for-money, no-frills motoring for many years now. This latest version aims to do the same, but with the added bonus of more interior technology and a great emphasis on efficiency too. 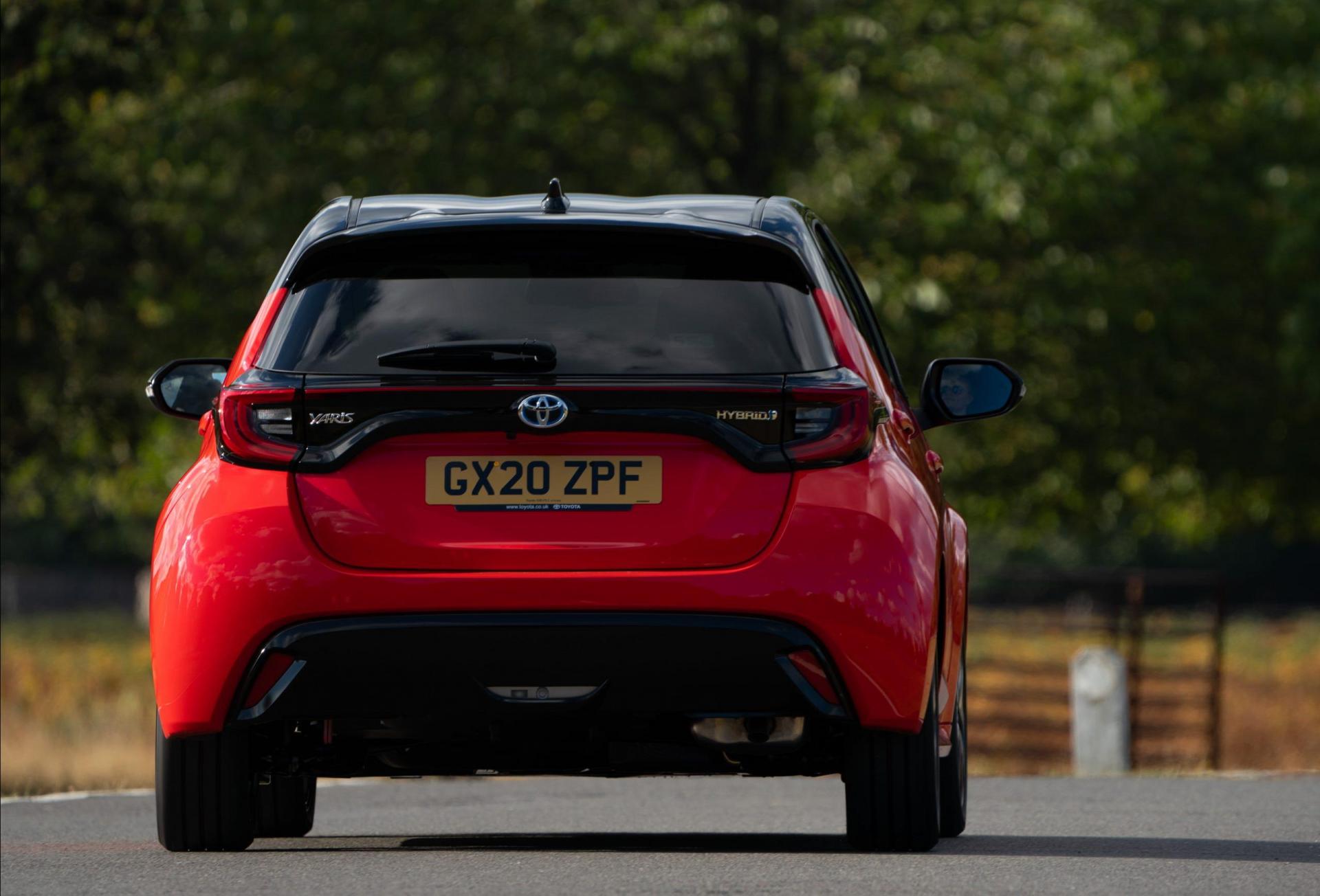 The rear of the car features contrast black sections.

It’s why a hybrid powertrain remains, but this Yaris sits on a new platform that promises more space and practicality than the previous model. We’ve been behind the wheel to see if the change has been a fruitful one.

As we’ve already mentioned, this latest Yaris sits on a new platform – called GA-B. It’s key to the Yaris now, as it means that it should be able to bring more spaciousness while also helping to keep the car’s centre of gravity lower and improving its cornering ability. Elsewhere, there’s been a big push on safety with a wide-sweeping set of assistance systems incorporated into the Yaris’ set-up in order to keep it as safe as possible. 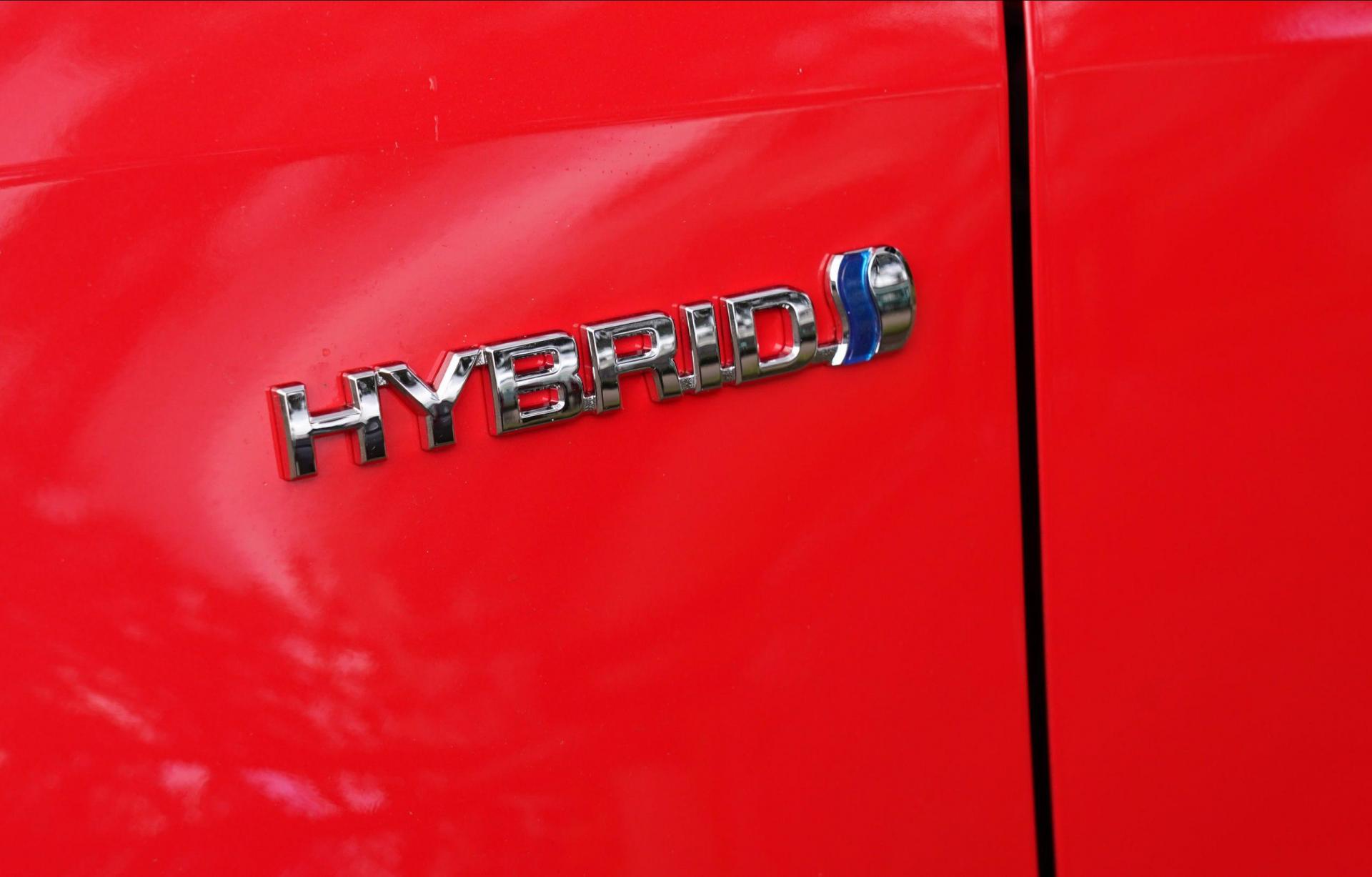 The hybrid engine in the Yaris is efficient and low on emissions.

The exterior of the car also benefits from some cutting-edge styling which has helped to turn the Yaris into a genuinely exciting car to see on the road.

The Yaris uses a mild-hybrid setup which combines a 1.5-litre petrol engine with an electric motor. It’s not a plug-in hybrid, so generates charge through regenerative braking. However, Toyota claims excellent efficiency figures with up to 68.9mpg and CO2 emissions of between 92 and 98g/km ensuring that the Yaris remains a very cheap car to run. 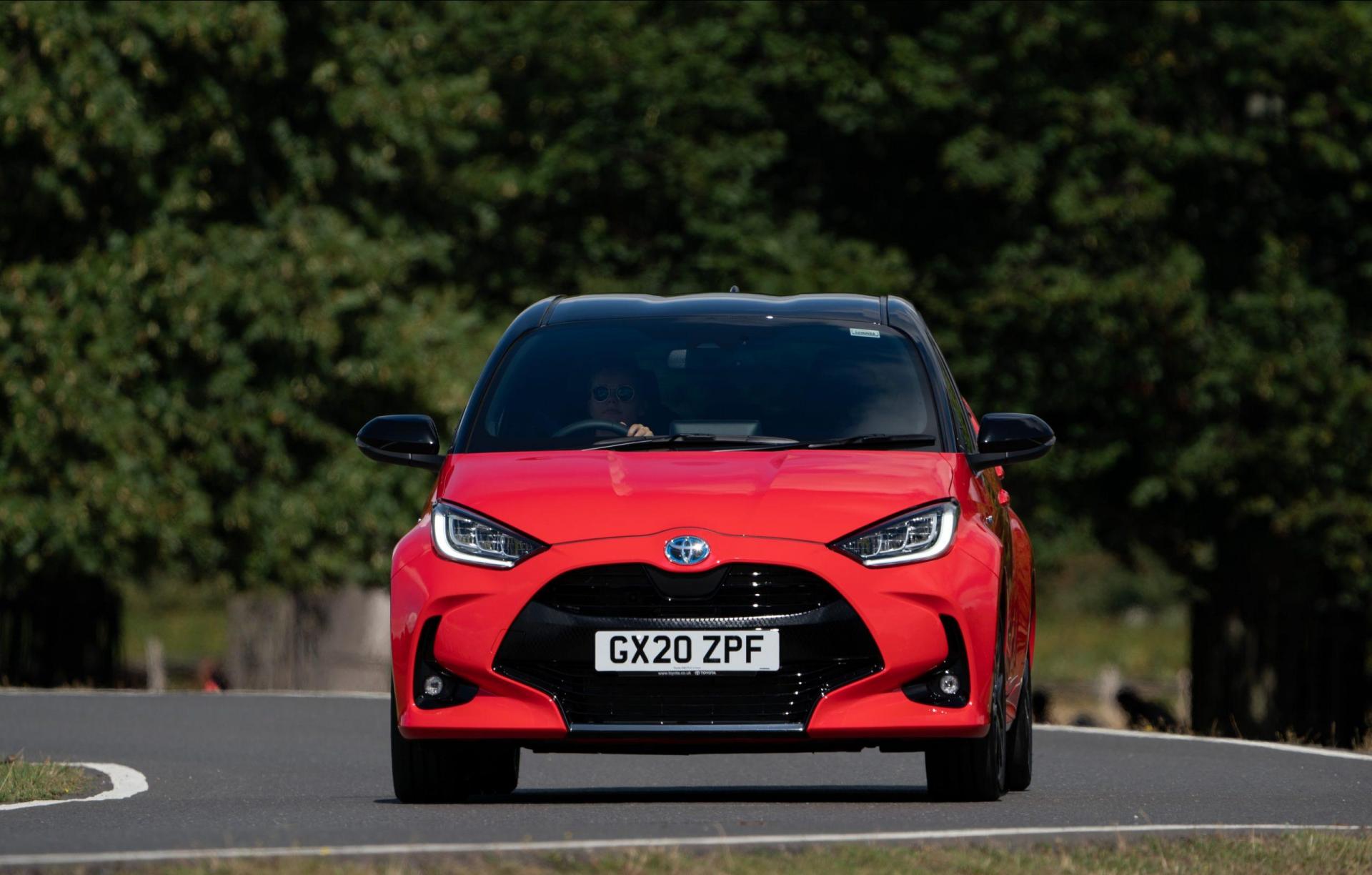 A large, open grille gives the Yaris a head-turning look.

Its performance figures aren’t too bad, either. While 0-60mph (0-97km/h) in 9.5 seconds might not sound the quickest, it’s more than quick enough for all situations while the added zip that the electric assistance gives means that the Yaris feels a fair degree quicker than its numbers might suggest. It’ll also top out at 109mph (175km/h) if you have the space – and are legally allowed – to do so.

Setting off in the Yaris, things are typically hybrid-y. It’s quiet, and runs on EV power alone for far longer than you might expect from a conventional hybrid. Gain a little speed and the engine chimes in with little fuss – it’s hard to notice it waking up, in fact – while there’s little wind noise to interrupt an otherwise quiet and serene cabin experience. 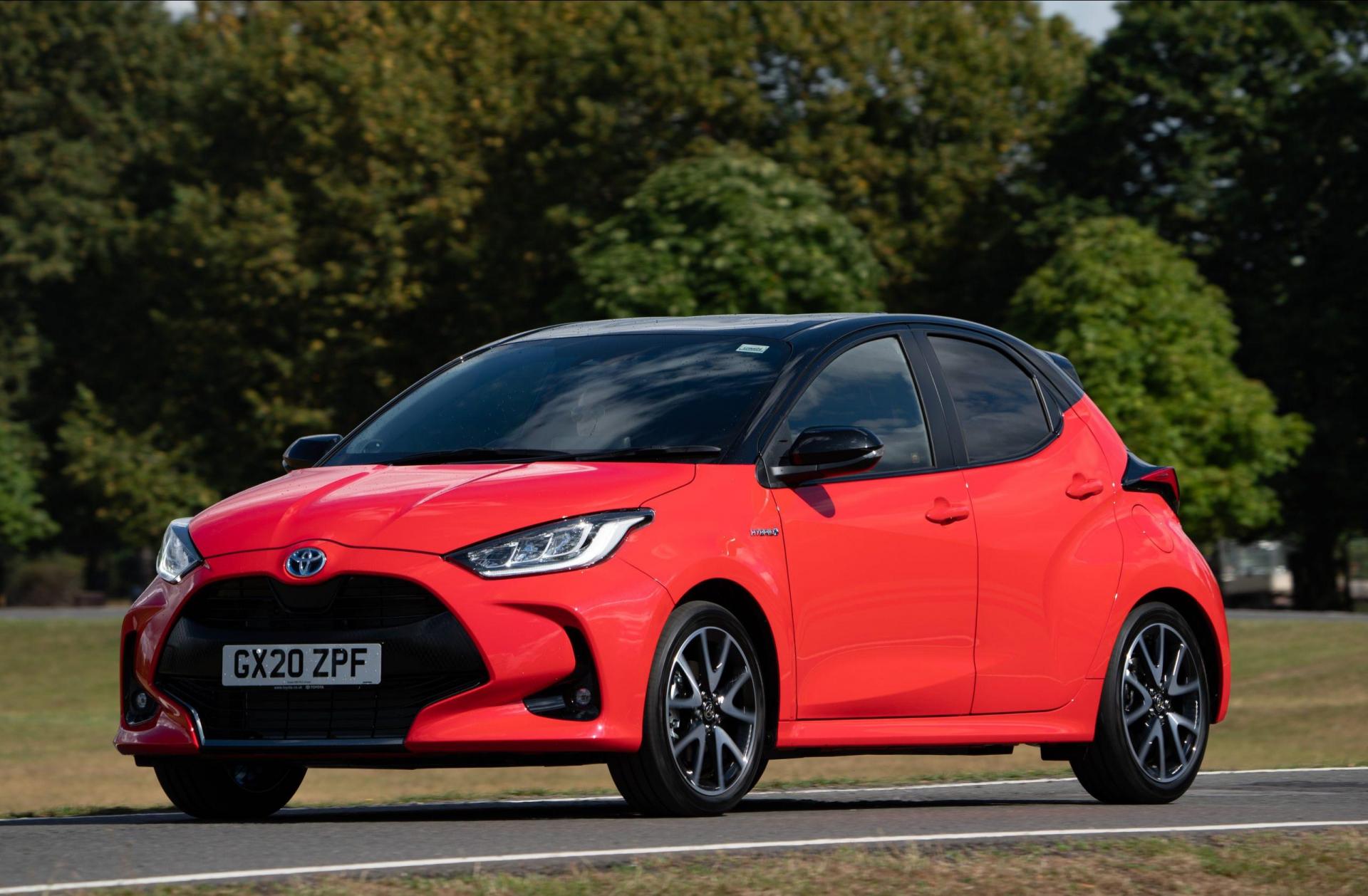 The Yaris is one of Toyota’s most popular cars.

The steering is a triumph; well-weighted and accurate, it manages to make the Yaris feel genuinely nimble at slower speeds yet stable and composed at higher ones. The suspension certainly fits on the firm side of things and though it does mean that the ride can feel unsettled over broken surfaces, it does give the Yaris a healthy dose of confidence-inspiring body control through the bends.

Toyota has done a fine job of making the Yaris look genuinely striking without resulting in a car which looks far too over the top. It’s a great looking car in the metal, in fact, with a lot of exciting angles and design touches helping to keep each part of the vehicle looking exciting. That said, it’s not so overstyled that it’ll put off those who prefer a car that looks a little more under the radar. 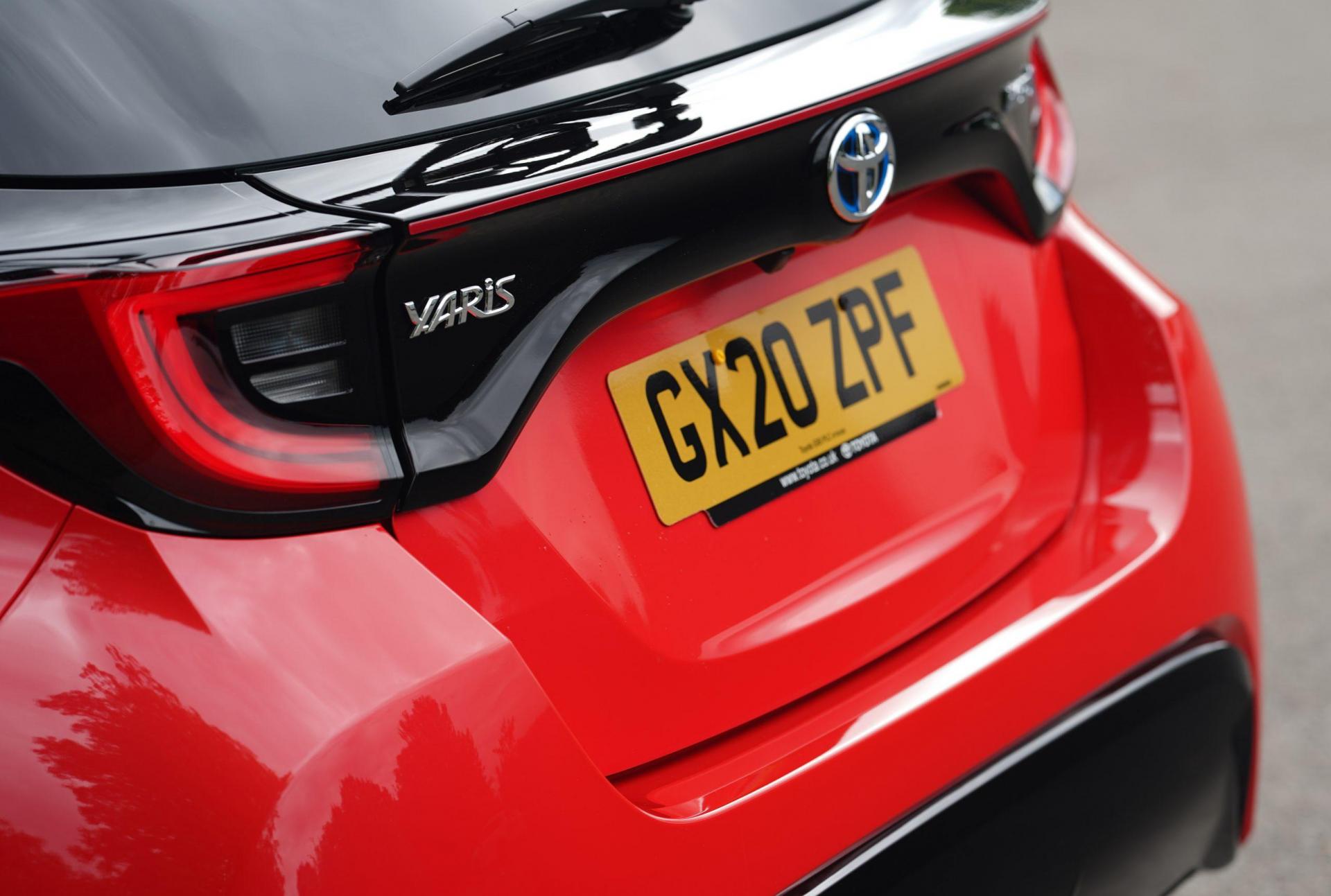 Contrast black sections help break up the look of the Yaris.

The cabin of the Yaris represents a great example of how to make a well-built and well-finished interior without going too overboard. The materials are of a good quality – with some harsher plastics used in places – but the general fit and finish is excellent with no squeaks or rattles to be found. The seating position is good too, with plenty of adjustability ensuring that you can find the ‘right’ spot easily. 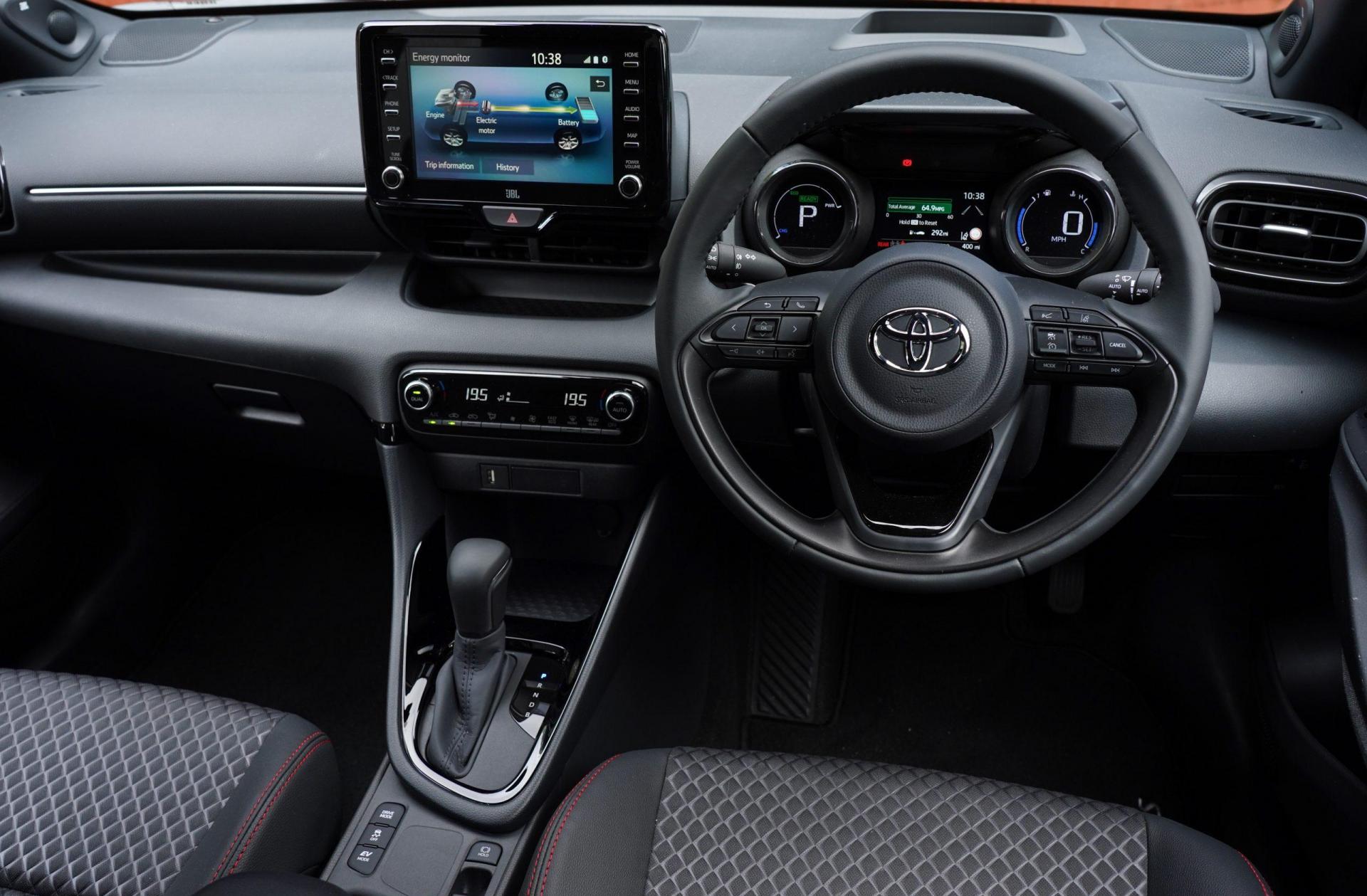 The interior of the Yaris is solidly made.

It’s compact in the back – but remember, this isn’t a large car – while the boot space is adequate despite not offering quite as much as the previous-generation Yaris. There’s still 286 litres to play with – which you can extend by folding down the rear seats – but this falls some way under the amount of luggage room offered by rivals such as the Volkswagen Polo and Ford Fiesta.

There’s a wealth of standard equipment available with the Yaris, with entry-level cars, gaining features such as 16-inch alloy wheels and automatic air conditioning, though our Dynamic specification gained many additional touches. 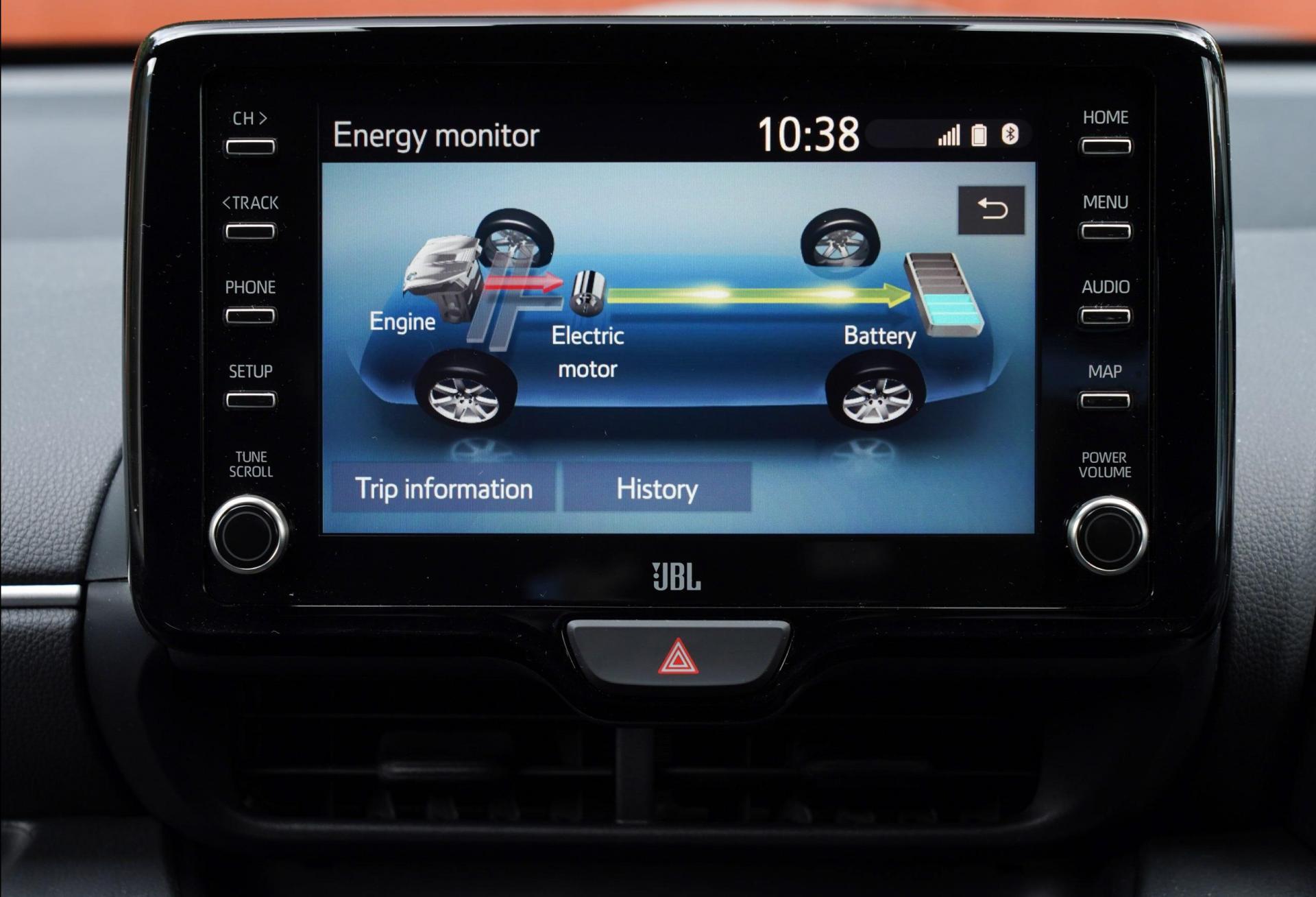 The screen can be used to display key efficiency readouts.

The wheels are upgraded to 17-inch versions and you get a premium audio system too. The seven-inch infotainment screen which comes as standard is bumped up to eight inches too and though it’s not the most attractive of systems, it’s simple and easy to operate. 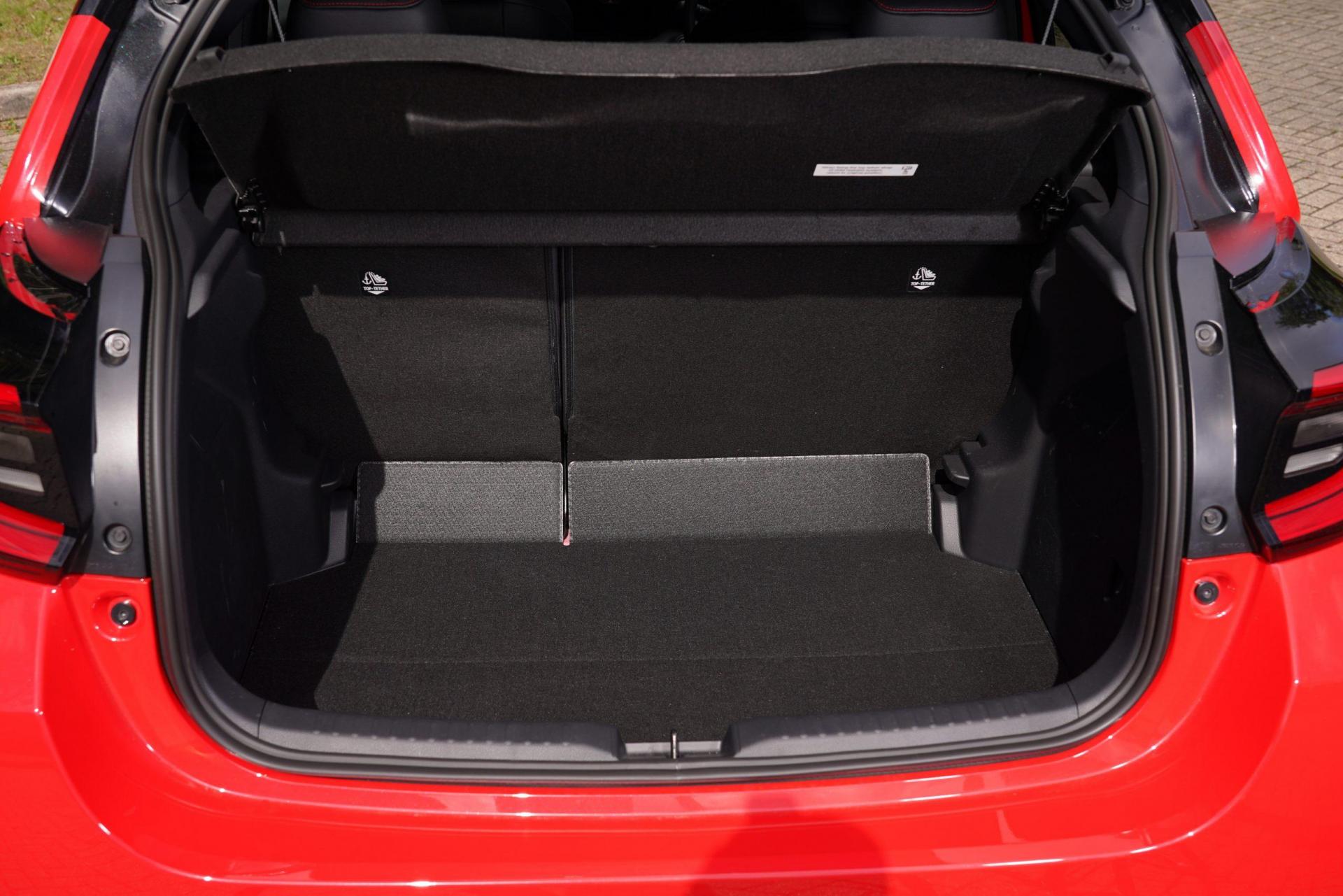 The Yaris’ boot isn’t the largest in the class.

When it comes to the exterior, Dynamic cars also benefit from attractive LED running lights as well as full LED headlights and indicators.

As we’ve mentioned earlier, the Yaris is a car that is well-known for its ability to offer low-cost motoring for those who don’t want to break the bank to get around. It’s good news, therefore, that this latest car can deliver the same positives. However, this package is only bettered further thanks to an involving driving experience and head-turning styling which will appeal to most.

Though practicality levels may be down ever so slightly, the Yaris remains a truly attractive proposition in the small car segment.