The number of traffic accidents has increased by almost a fifth from last year, according to national statistics.

A third of the incidents happened in the densely populated Northern Harbour region, with Birkirkara the worst area for traffic crashes in the country.

Some 455 people were injured in the incidents, with 98 grievously injured, including 67 drivers, 13 passengers and 18 pedestrians and cyclists.

Most of these victims were men (71 percent) and the six people to have died were also all male - three pedestrians and three drivers, the figures show. 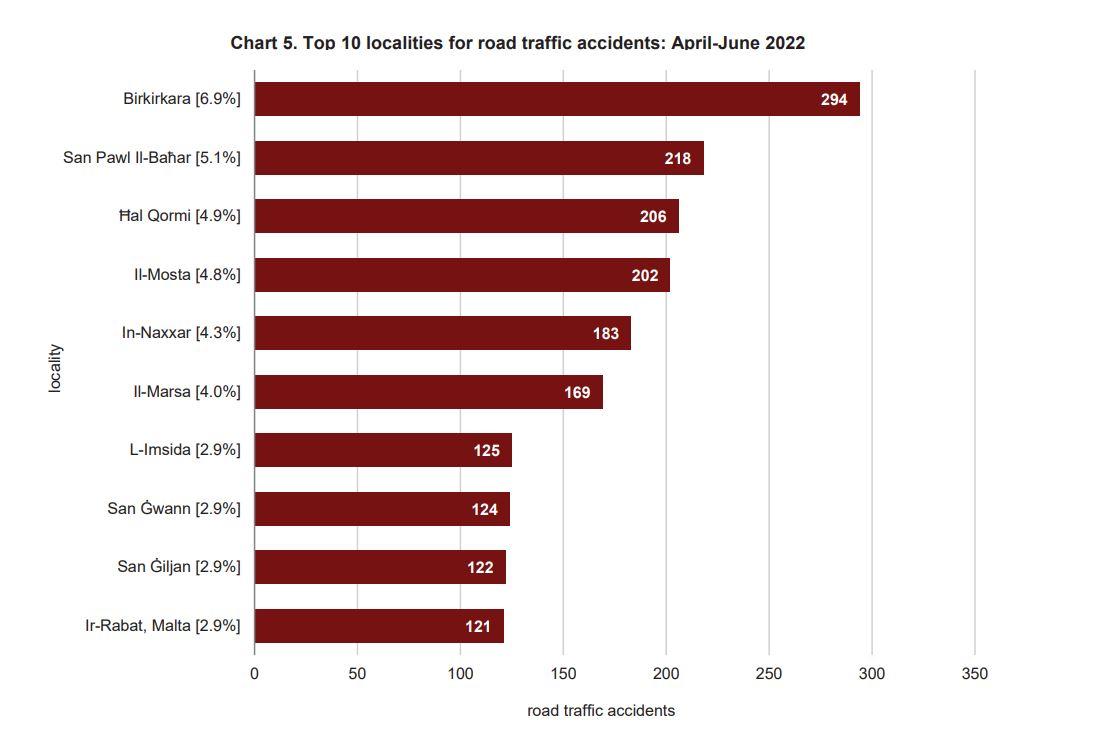 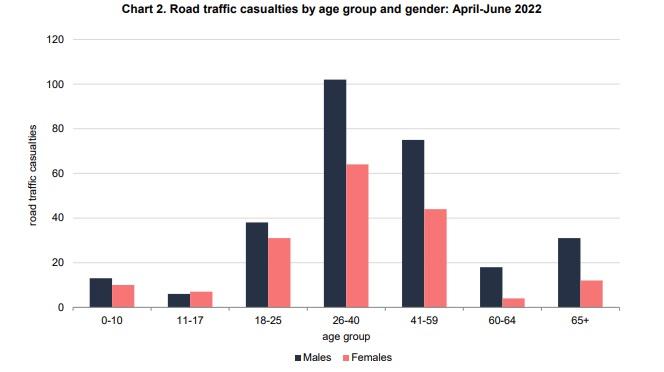 Men are far more likely to be injured in a traffic accident. Source: NSO

However, road safety experts point out that average travel distances in Malta are lower when compared to larger countries, which could skew the data and make Malta's roads appear safer.

Commenting on the latest statistics, director at the Institute for Climate Change and Sustainable Development Maria Attard called for more information on the causes of accidents.

She said that some general changes can be made to make roads safer.

These include building safer infrastructure that limits speed and protects pedestrians and more road safety education.