Traffic accidents increased by 26 per cent in the third quarter of the year, compared with the same period last year, national statistics show.

The figures include two fatalities - a driver who crashed into another vehicle and a pedestrian, the NSO said.

Birkirkara remains the worst place for accidents, accounting for 253, followed by Qormi and St Paul's Bay, with 208 and 204 cases respectively. 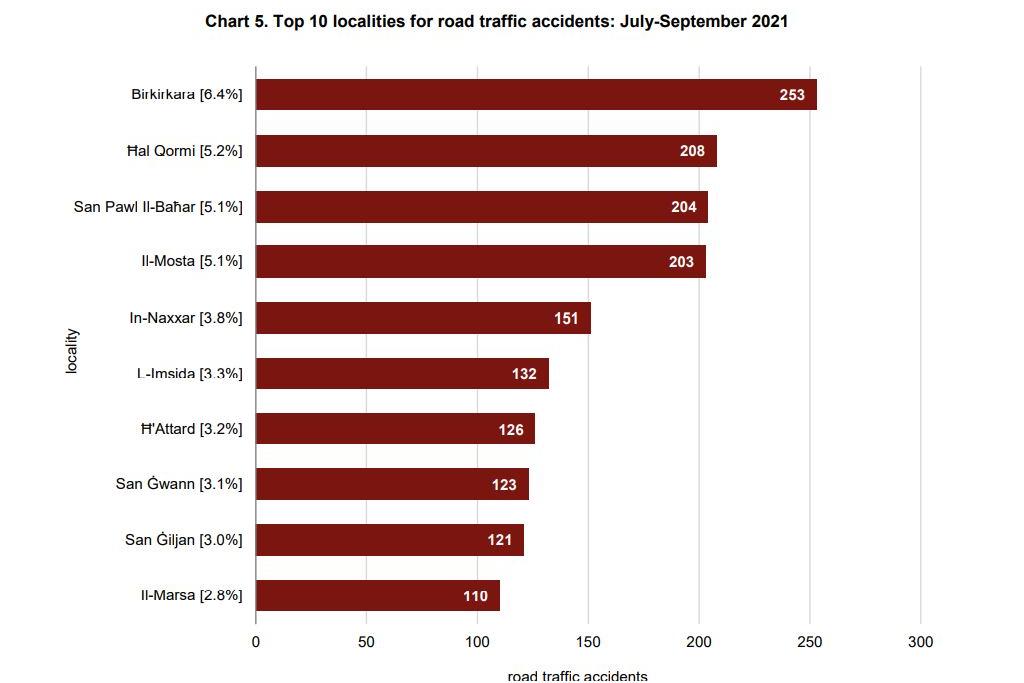 Car drivers accounted for the most casualties (135) followed by motorcycle riders (123), car passengers (60) and pedestrians (52).

There were 11 cyclists who were involved in traffic accidents, three of whom suffered grievous injuries. 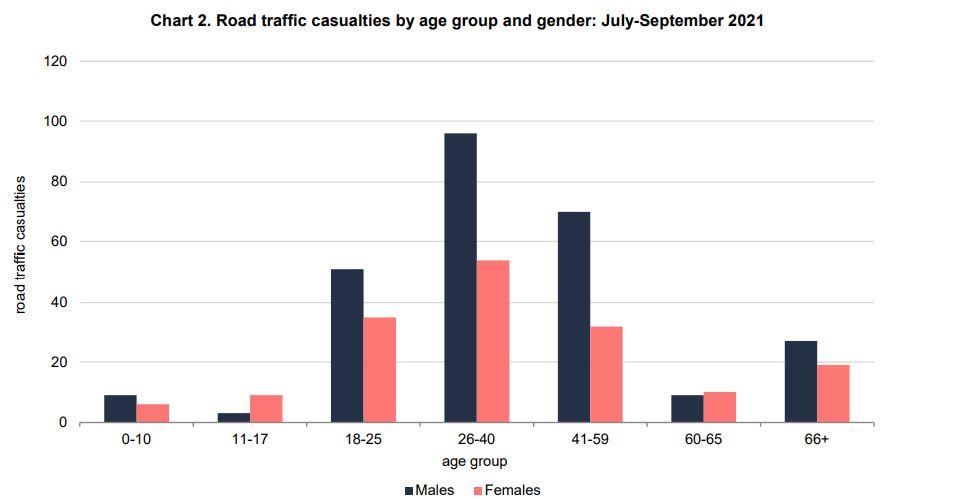 Men aged between 26 and 40 were most likely to be involved in a car accident. Source: NSO

Most accidents were collisions between two vehicles, amounting to 67.4 per cent of all casualties.

As in previous periods, the number of accidents are higher on Thursday than any other day while men aged between 26-40 are the most likely to be involved in an accident.

The time bracket during which most road traffic accidents occurred was between 12pm and 3pm with 897 cases or 23 per cent of the total, followed by the 9am-12pm with 874 cases.