UPDATED 6pm: Traffic mayhem around Valletta is expected next week as multiple roads are closed off as Malta hosts the Valletta Summit on Migration.

Sources involved in the traffic management of the high profile event said that a number of arterial routes between the airport, Valletta and St Julian’s would also be off limits during unspecified periods next Tuesday and Wednesday as prime ministers and presidents are being driven to the venues.

This will happen again on Friday morning as European and African leaders attending the meeting leave the island. Some 43 heads of government, including the leaders of 26 EU member states, have confirmed their attendance at the summit, to be held on November 11 and 12.

The police this evening said a further traffic update will be given on Tuesday.

The capital will be the worst hit. Most of Valletta will be closed to traffic during the summit.

Roads in the Attard-Balzan area that surrounds San Anton Palace as well, and the Pembroke-St Julian’s area will also be closed off to vehicles at specific times, the police clarified this evening.

The road closures had been uploaded on to the government’s road closure portal on Friday. The notice gives a list of those roads that will be completely off limits from midnight on Monday to 11am on Friday and several points in between. The police this evening clarified that Valletta will be mainly hit.

“The transit and stopping of vehicles in the roads mentioned is prohibited,” the notice reads, adding that the roads would all be considered tow zones and parking in the area would be illegal.

The highest number of closures is scheduled for Valletta, with some 30 roads, corners, squares and alleys made off limits at various times next week.

The sources said not all the closures were directly related to the summit and the worst affected areas would be those in the vicinity of Castille Square, the Valletta ring road and the area around the Mediterranean Conference Centre. The police notice says that all entrances and exits to the airport and access roads will also be off limits.

This evening, the Commissioner of Police said that the following roads in Valletta and Floriana will face closures as follows:

In Valletta and Floriana, from Wednesday between 2pm and 10pm:

Il-Barrakka ta’ Fuq will be closed to the public all day.

The following roads will be closed between Wednesday 2pm and Thursday until the end of the conference:

Other roads that are expected to be temporarily closed during the Valletta Summit on Migration: 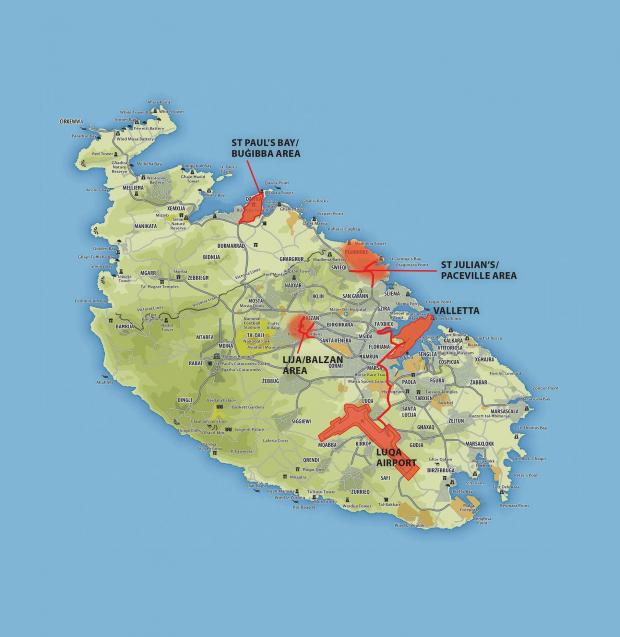