A general election is imminent. Labour has launched an English language news portal and dishing out direct orders like there’s no tomorrow.

The electorate faces one critical question: can Labour be trusted with a third term?

Third terms spell disaster for the political party, subsequently condemned to years in the wilderness. But it is the country and its citizens who bear the deep-creased scars of third terms.

Labour lost the popular vote but retained its majority in parliament through gerrymandering and, as a result, retained power, defying the people’s will.

Rather than being humbled into compromise, Labour embarked on futile epic battles that brought the country to its knees and to violent divisiveness.

In 1983, Mifsud Bonnici became education minister and deputy prime minister. Wasting no time, he picked a fight with the Church on its schools. The battlecry “Jew b’xejn jew xejn” (Either free or not at all) was as ominous as the fight would be ruinous.

As The New York Times pointed out on October 15, 1984, Labour’s intention was not abolishing school fees but “control of education”. Mintoff had already kicked the Blue Sisters out, closed Church-supported hospitals, limited construction of Church buildings and passed a law to confiscate Church property.

Now Labour turned on Church schools, responsible for educating a third of school children. In the spring of 1984, Mifsud Bonnici wrote to the Vatican: “The government of Malta will under no circumstances allow the Church to exploit its schools for political purposes.”

Labour made good on its threats. It halted state grants to Church schools. It issued a legal notice freezing all school fees and making all donations part of those fees. It introduced the notorious 20-point system, rendering it impossible for students from Church sixth forms to enter university. 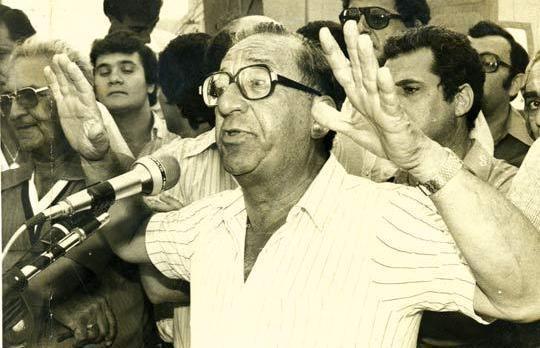 Dom Mintoff's victory in 1981 proved to be a costly one.

In April 1984, a legal notice obliged Church schools to adhere to strict government regulation or be taken over by the government. In September, Labour locked out teachers who refused to sign a declaration stating that they would defy union directives.

Faced with threats of physical violence and intimidation by dockyard workers, the archbishop ordered Church schools to remain closed. The country was in chaos.

Mifsud Bonnici’s response was to lead dockyard workers on trucks laden with stones, metal pipes and other weapons on a frenzy of destruction. They ransacked the Curia and the law courts.

Mifsud Bonnici expressed pride and gratitude to the mob: “You did more than was expected of you, you are the aristocracy of the workers.”

When the teachers’ union headquarters were attacked after Mifsud Bonnici’s incitement against the union, a national strike was called. One quarter of the workforce observed it and paid bitterly, sustaining violent assault, vindictive transfers and humiliation.

The situation deteriorated rapidly. A collapsing infrastructure led to regular water and power cuts throughout the country. When a march was organised demanding a reliable water supply, protesters were viciously attacked by Labour thugs.

A PN party club was attacked, with 17 PN supporters caught inside. When they tried to defend themselves from the mob, the state police joined the attackers and used firearms and teargas.

Some climbed onto the Żebbuġ church belfry to gain a vantage position to attack the PN supporters who were arrested, some beaten up, tortured and imprisoned.

At the end of a long legal process, the court declared the 17 innocent on January 18, 1990. The court also declared that “Labour supporters did not enter the PN club to have a drink”, as they had claimed.

As the 1987 election approached, the country was a tinderbox. A permit for a PN meeting in Żejtun was withdrawn by the police. The court ruled that the PN had every right to hold the meeting.

But the night before the meeting, Labour thugs demolished walls and used car wrecks to erect barricades to stop PN supporters reaching Żejtun.

On the day, at tal-Barrani, PN supporters and their leaders were attacked with stones, rubber bullets and tear gas by the North Korean-trained police branch, the SMU, and by Labour Party thugs.

Mounted police were present, ready to charge. Several people were injured, two had their nose bitten off.

Only days later, Raymond Caruana was assassinated with a spray of machine gun fire while he was inside the PN club in Gudja. Just one week later, the murder weapon was planted by the state police inside Pietru Pawl Busuttil’s farm and the innocent man was charged with the murder.

Labour went on to lose narrowly at the polls in 1987, despite the high unemployment, crumbling infrastructure, trampling of human rights, violent intimidation and abysmal abuse of power.

Eddie Fenech Adami took office only because of a last-minute compromise with Mintoff on constitutional changes that ensured that the party winning a majority would govern.

Malta escaped by the skin of its teeth. Labour unravelled and was left in disarray – a spent force. But Mifsud Bonnici clung on.

Apart from Alfred Sant’s brief premiership, Labour would remain in opposition until 2013. It took Labour 25 years to become electable.

The lasting devastation of the ghastly and violent period that Labour oversaw cannot be erased from the memories of those who lived through it.

The penalty Labour paid was roundly deserved. But it left a broken country,  with no water, no electricity, no jobs, no economy, no freedom.

The deepest bitterness and anguish were borne by the parents and family of the innocent man gunned down in Gudja. And by the innocent man framed and falsely accused of his murder. And by an innocent nation left reeling in disbelief at how the party it had rejected in 1981 engineered such a traumatic third term.

Another third term for Labour now will seal a similar fate for the party and our country. Those who cannot remember the past are condemned to repeat it.