The family and friends of a healthy 20-year-old law student, who died suddenly in her sleep last week, have spoken of their loss and disbelief.

Erika Cassar was found dead in bed by her parents after they noticed a light was still on in her room early on the morning of January 10.

Doctors told the family that the medical reason for her sudden death was cardiorespiratory failure, but the cause remains unknown.

Her boyfriend, Daniel Debono, 20, says: “She was 100 per cent healthy and fit. She was very careful about what she ate. That was the biggest shock. We didn’t expect it. On Thursday we were studying till 1am. By 5.30am she was not with us. She just didn’t wake up.”

Her sister said the third-year law student believed passionately in standing up for the truth and never going to bed angry.

“Whenever I was in a bad mood or we had an argument, I remember her coming to say ‘good night’. Then I’d hear her tell our mother she will always come say goodnight – ‘because what if something happened?’,” says her sister Sarah Davina Cassar, 25.

Daniel Debono adds: “We always said ‘good night’ and ‘good morning’ for the three years we were together. I’d set my alarm clock for 4.45am to call her before her 5.30am shift, then go back to sleep even though I knew I’d see her later that morning at university.”

He describes her as “careful and cautious” and dismissed rumours that Erika drank energy drinks to cope with exam stress. “She only drank water and tea – she was against soft drinks and energy drinks.”

Daniel and Sarah explain that Erika battled anxiety, but it was under control. There was absolutely nothing wrong with her: no medical history, and her stress levels about upcoming exams were nothing unusual, says Daniel, who was also her study companion.

The last night together

The couple met at junior college and started law together – always studying alongside each other.

“She encouraged me to study. We were opposites. She was the academic one and I was the street-wise and practical person,” he says.

On the last night together he had gone to her house in the afternoon to start revising for an upcoming law exam – which they had been studying for since October.

We didn’t expect it. On Thursday we were studying till 1am. By 5.30am she was not with us. She just didn’t wake up

While he was there, they had dinner with her family, and then continued working in Erika’s room.

Later that evening, Sarah and her son joined them and they set up a Netflix account.

Eventually, at around 1am, they went to bed. Daniel bade Erika goodnight and went to sleep in her nephew’s room.

Then, at around 5am, Erika’s mother woke up to go to the bathroom and saw that Erika’s night lamp was on. She thought she must be studying and did not want to disturb her, Sarah recounts.

Some minutes later, their father – who normally wakes up at 5am – went into the room.

“She was asleep in her bed, covered with the blanket. The night lamp was on. My father went in to switch off the light. My mother followed him. When they saw her colour… my father realised ‒ he’s been a nurse for over 30 years,” Sarah says.

Her mother woke Daniel up in a panic. Meanwhile, Sarah, who was asleep, heard the commotion and ran to Erika’s room and started administering CPR together with her father while Daniel called an ambulance.

Erika was rushed to hospital where soon after she was certified dead. 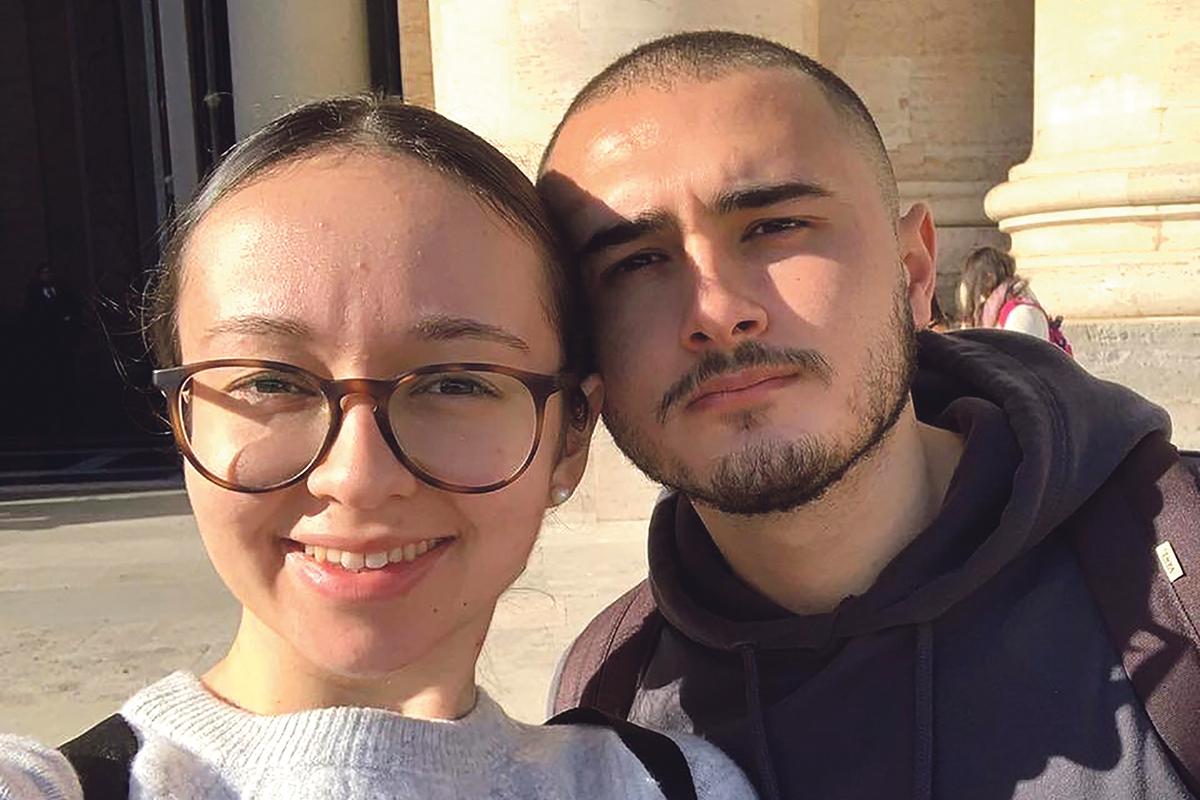 Erika died with no regrets

Sarah and Daniel say they have been given lots of support from family and friends, including the Dean of the Faculty of Law, Ivan Mifsud.

Ahead of the funeral tomorrow, law students collected money to donate to the Puttinu Cares Foundation and the ALS Foundation, which Erika supported.

“We’re still processing what happened,” Sarah says, adding that they now had to face the tough road ahead of getting used to life without Erika in it.

“When I used to go to her house she’d jump around and hug me. These are the little things I will always remember,” Daniel says.

Sarah adds: “She was sweet. She was my little sister but there were times when she was very mature. We were always together.

“When I found out I was pregnant, it was a difficult week for me. She was only 12 but she stayed next to me. We watched movies together for a week. She worried about me as much as my mother did,” she says.

Sarah adds that Erika was very proud of her when she decided to start studying again and graduated as a nurse. Erika loved studying and learning and was always the one who won the prizes at school. She had an interest in politics and had an opinion about everything.

Their friend, Neil Vassallo, adds: “When Erika believed something was not right, she always spoke out even if she knew people wouldn’t like it – because she believed good would come out of the truth. She was clean and pure.”

Daniel nods: “I used to tell her she’s too good. She was pure. She lived what she believed in, even if she suffered as a result of speaking the truth.

“She didn’t keep anything bottled up and believed in not being ashamed to cry or say anything. This is why I’m convinced that, if she felt any pain before she died, she would have spoken up. What’s sure is that she had no regrets and died with a clean conscience. She still thinks she’s asleep – and that’s the kind of peaceful death someone like her deserves.”

Finally, he says: “What I can tell you is how important it is to appreciate the people around us and have a clear conscience. If you have five minutes – instead of spending them on social media – spend time with someone and ask them how they are.”