Opposition leader Bernard Grech has led tributes to the death in India of COVID-19 patient Ivan Barbara, describing his former colleague as a man with "a heart of gold".

The 47-year-old from Tarxien was due to arrive in Malta on Friday evening but instead he died just moments before the air ambulance flying him back to the island from Dehli took off.

He and his wife, Rosanne, travelled to India in March to adopt a baby girl and contracted the virus while there. 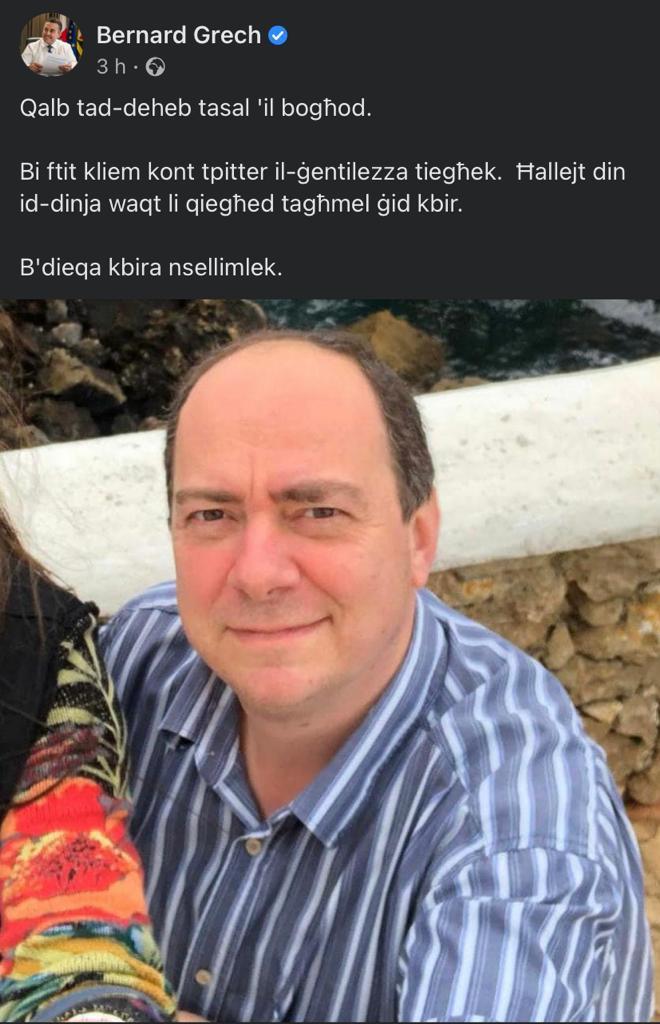 "You died while you were doing a lot of good," Grech wrote.

The opposition leader, who is a family lawyer and the victim, a notary, were once colleagues.

Tarxien mayor Joseph Abela Galea said he has lost a "great friend" who was quiet and always ready to help others.

"Today, Tarxien lost one of its sons, a gentleman who was loved by all," Abela Galea said.

Meanwhile, NGO Fondazzjoni Familji fil-Bżonn also paid tribute to Barbara, who had served as its notary.

"We will never forget all your useful work and your loyal respect. On behalf of the volunteers and benefactors, we would like to offer our condolences to the family," the NGO said.

Times of Malta is informed the man's wife and their newly-adopted daughter are being assisted by the diplomatic corps.

It is not yet known when they will be able to return to Malta.