Triumph has showcased its upcoming Trident in a series of up-close new images.

The Trident, which is set to hit UK dealerships in the spring, is the British bike manufacturer’s latest brand-new motorcycle and is now undergoing final testing at the firm’s Hinckley headquarters ahead of its full reveal in the coming weeks. 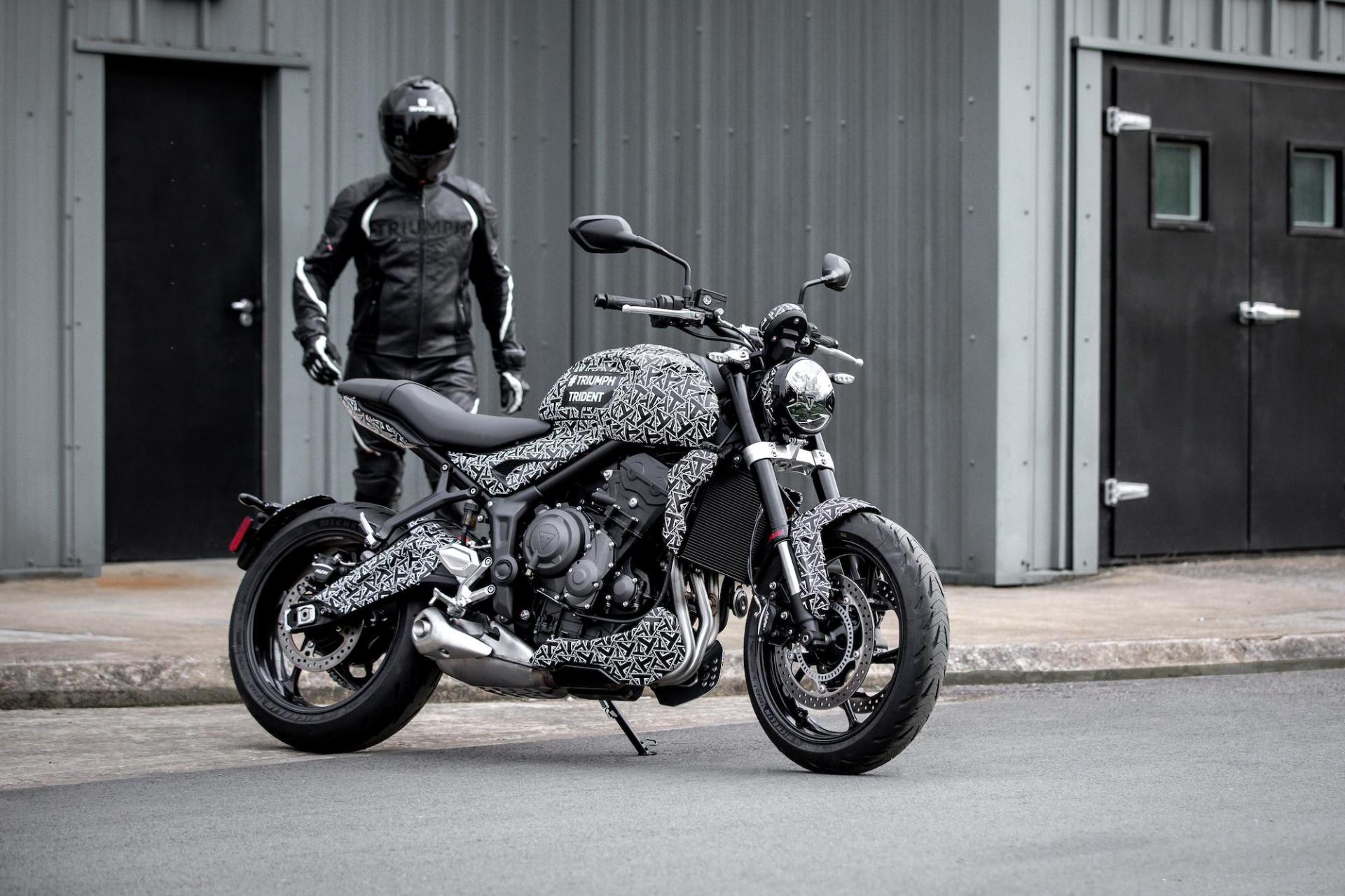 The Trident is set to become the new entry point to the Triumph range.

These new images show high-end Showa suspension and Nissin brakes, as well as Michelin Road 5 tyres. Though no details have been released about the Trident’s engine, Triumph has said that it will be A2 compliant which means it’ll produce a maximum of 94bhp.

The photos also showcase the Trident’s LED lighting as well as the bike’s combination of retro-inspired and ultra-modern design features. The rear end of the motorcycle has the look of a classic racer, while the cut out tank is a nod to more classic bikes.

It’s set to become the new entry point to the Triumph range of motorcycles, sitting under the Street Twin and Street Triple S.

The Trident was first showcased last month as a full concept, though due to the bike’s entirely white paint scheme, it was difficult to make out the finer details of the motorcycle’s design. These photographs signal the end of a four-year programme of development, too.

During final testing, engineers will fine-tune the Trident’s characteristics. Triumph is pitching the bike as incorporating a ‘rider friendly chassis’, making the Trident into ‘the first choice for a new generation of Triumph riders’.