The Malta-Gozo tunnel will allow the government to introduce free buses linking the sister isle to the airport, Mater Dei Hospital and other strategic locations across the mainland, Prime Minister Joseph Muscat said on Sunday.

“We were going to announce this in a few days but we can announce it here this morning – imagine getting on a bus here in Rabat (Victoria) and having one direct link to key locations in Malta… and we are saying this is going to be free for the public,” he said. 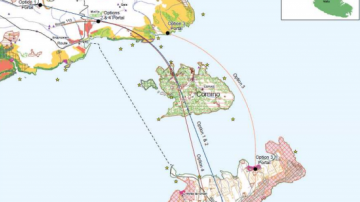 Dr Muscat was addressing a political gathering at the Labour Party club in Victoria, Gozo, and said the permanent link would be a game changer for Gozitans.

He also said it was “no secret” that the government was looking at the possibility of introducing a metro system for the entire archipelago.

The government however could not expect the public to tolerate the poor quality road infrastructure for years to come while the lengthy studies on such an underground system were conducted.

Read:Immersed Gozo tunnel ‘would cater for a monorail’

“Imagine, we have been working on studies related to the permanent link to Gozo for five years. A metro system would take a quarter century and we cannot drag our feet on upgrading the country’s infrastructure till then,” he said.

Times of Malta this month published a proposal for a metro system put forward by London-based engineer Konrad Xuereb. The system would cover the entire island and extend to Gozo.

Dr Muscat said that for such a metro system to be viable in Gozo, the island’s population would have to grow significantly.

Seven bids for experts to help in Gozo tunnel preparations

“So we need to ask ourselves – Do we want more building on Gozo to facilitate this population growth?” Dr Muscat said, adding that studies on the Malta-Gozo vehicular traffic link on the other hand, had shown this was economically viable.

Dr Muscat was quick to shoot down criticism that the Malta-Gozo link would spoil the sister island’s unique charm.

“There are those who come to enjoy Gozo for two weeks in the year, but we want to breathe new life into Gozo, to revitalise it. We want it to remain an environmental oasis and a cultural gem, but we want it to take a leap forward,” he said. 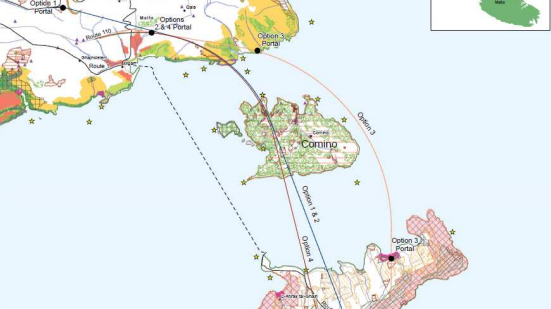 A large part of Dr Muscat’s speech focused on him insisting the government had Gozo in the forefront of its plans.

Gozo would, for instance, be the island’s next European Capital of Culture bid.
Previous Nationalist administrations had given Gozo its own ministry, and promoted Gozo through a number of projects, however, there was always a mentality that Malta had to be treated with certain priority over Gozo, he said.

The government was pushing investment towards Gozo and would soon be investing a further €10 million to attract businesses to Xewkija.

This year, there had been an increase of 3,300 new jobs in Gozo, the bulk of which had come through the private sector.

And for the first time ever, economic growth in Gozo was stronger than that in Malta.