Turkey on Thursday entered a new era of tight social media restrictions which threaten to erase the local presence of Facebook and Twitter should they fail to take down contentious posts.

The legislation was rammed through parliament by President Recep Tayyip Erdogan’s ruling AKP party and follows the government’s crackdown on opposition newspapers and television channels.

But while fearful, free speech advocates are not certain whether Erdogan’s government will be able to implement the law’s most punitive measures – or if social media companies will ever fully comply.

“We believe that these days it’s really impossible in a country like Turkey to suppress social media – it is so much a part of people’s lives,” said Emma Sinclair-Webb, the Turkey director of Human Rights Watch.

Under the new rules, platforms with more than one million daily users must open offices in Turkey that can deal with local court decisions to remove offending content within a day.

If not, they face advertising bans, multimillion-dollar fines and – crucially – bandwidth reductions of up to 90 per cent, making the platforms effectively unusable.

They also require social media companies to “take necessary measures” to store user data locally, although binding legislation to that effect was taken out of the final version of the law passed in July.

Erdogan has made no secret of his disdain for social media, although his @RTErdogan Twitter account has 16.7 million followers.

“Twitter schmitter!” he declared in 2014, vowing to “wipe all of these” platforms out.

He followed through on his threat later that year by briefly unplugging Twitter and YouTube ahead of local elections, which came in the heat of a corruption scandal linked to online audio tapes.

“The objective of the law is to threaten social media companies with a comply-or-die message,” Sinclair-Webb told AFP.

“When this is already the case, imagine what it will be like after October 1,” Uyanik told AFP.

Digital rights expert Yaman Akdeniz said platforms have until the end of the day Thursday to open Turkish offices or start facing penalties and fines.

Akdeniz said bandwidth throttling would begin in April and reach 90 per cent by May of next year if the social media companies still fail to comply. 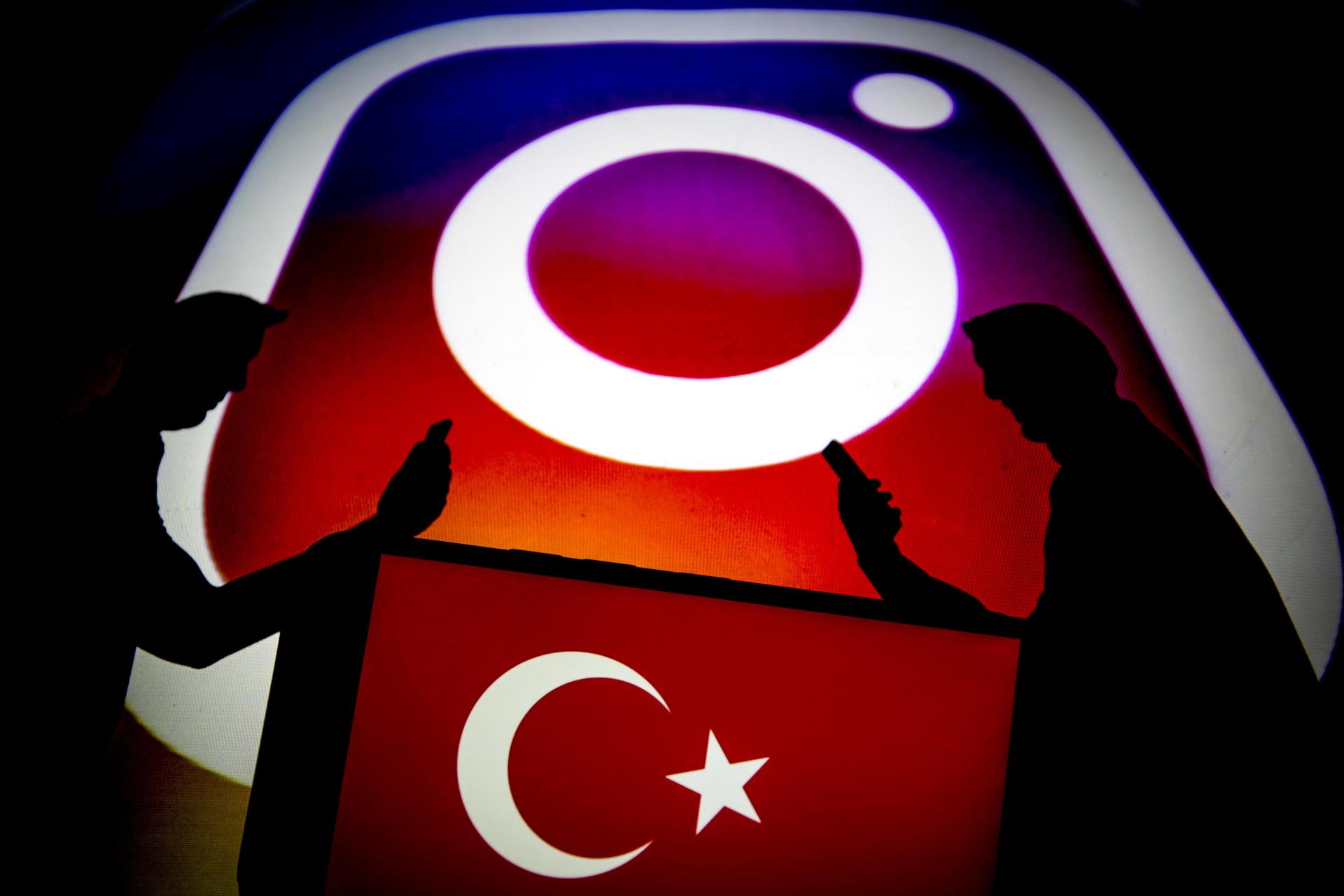 Under the new rules, platforms with more than one million daily users must open offices in Turkey that can deal with local court decisions to remove offending content within a day. Photo: AFP

Many Turks, especially the young, turn to social media for news updates since most of the traditional media are owned or controlled by pro-government firms.

“There are a lot of cases of domestic violence against women and murders that we don’t see on TV,” Ayse Nur Akyuz, a model and self-described “influencer” with 47,000 Instagram followers, told AFP.

“News about them spreads on social media in five minutes.”

Everyone from high school students, cartoonists and reporters to a former Miss Turkey model have landed in court for tweets and other social media posts deemed offensive to the president.

The new legislation gained momentum after Erdogan became enraged by online insults of Finance Minister Berat Albayrak and his wife Esra, the president’s daughter, following the birth of their fourth child.

Yet Sinclair-Webb noted that government supporters have also grown to depend on social media – especially in the era of coronavirus restrictions and public gathering bans.

“Closing it down will not be a popular move,” said Sinclair-Webb. “If it attempts to implement this new law, the government would also shoot itself in the foot.”