Turkey announced Sunday it had carried out air strikes against outlawed Kurdish militant bases across northern Syria and Iraq which it said were being used to launch "terrorist" attacks on its soil.

"We are starting Operation Claw-Sword from now on," Defence Minister Hulusi Akar said at the air force operations centre before the planes left their bases to hit the targets in northern Iraq and Syria.

Akar was also seen in a video image briefing President Recep Tayyip Erdogan who gave the order for the latest operation, which the Syrian defence ministry said killed a number of its soldiers.

The raids targeted bases of the outlawed Kurdistan Workers' Party (PKK) and the Kurdish People's Protection Units (YPG), which Ankara considers an extension of the PKK, the defence ministry said.

"In line with our self-defence rights arising from Article 51 of the United Nations Charter, air operation Claw-Sword was carried out in the regions in the north of Iraq and Syria which are used as bases for attacks on our country by terrorists," it added.

Turkey blamed the PKK for the Istanbul bombing, the deadliest in five years and which evoked bitter memories of a wave of nationwide attacks from 2015 to 2017 that were attributed mostly to Kurdish militants and Islamic State group jihadists.

The PKK, which has waged a bloody insurgency in Turkey for decades and is designated as a terror group by Turkey and its Western allies, and the YPG have both denied any involvement in the attack.

No individual or group has claimed responsibility.

Turkish authorities arrested more than a dozen people including the chief suspect Alham Albashir -- a Syrian woman who is said to have been working for Kurdish militants.

Bulgaria has also detained five people accused of having helped one of the suspects.

"The hour of reckoning has come," the Turkish defence ministry tweeted, along with a photo of a plane taking off for a night operation. 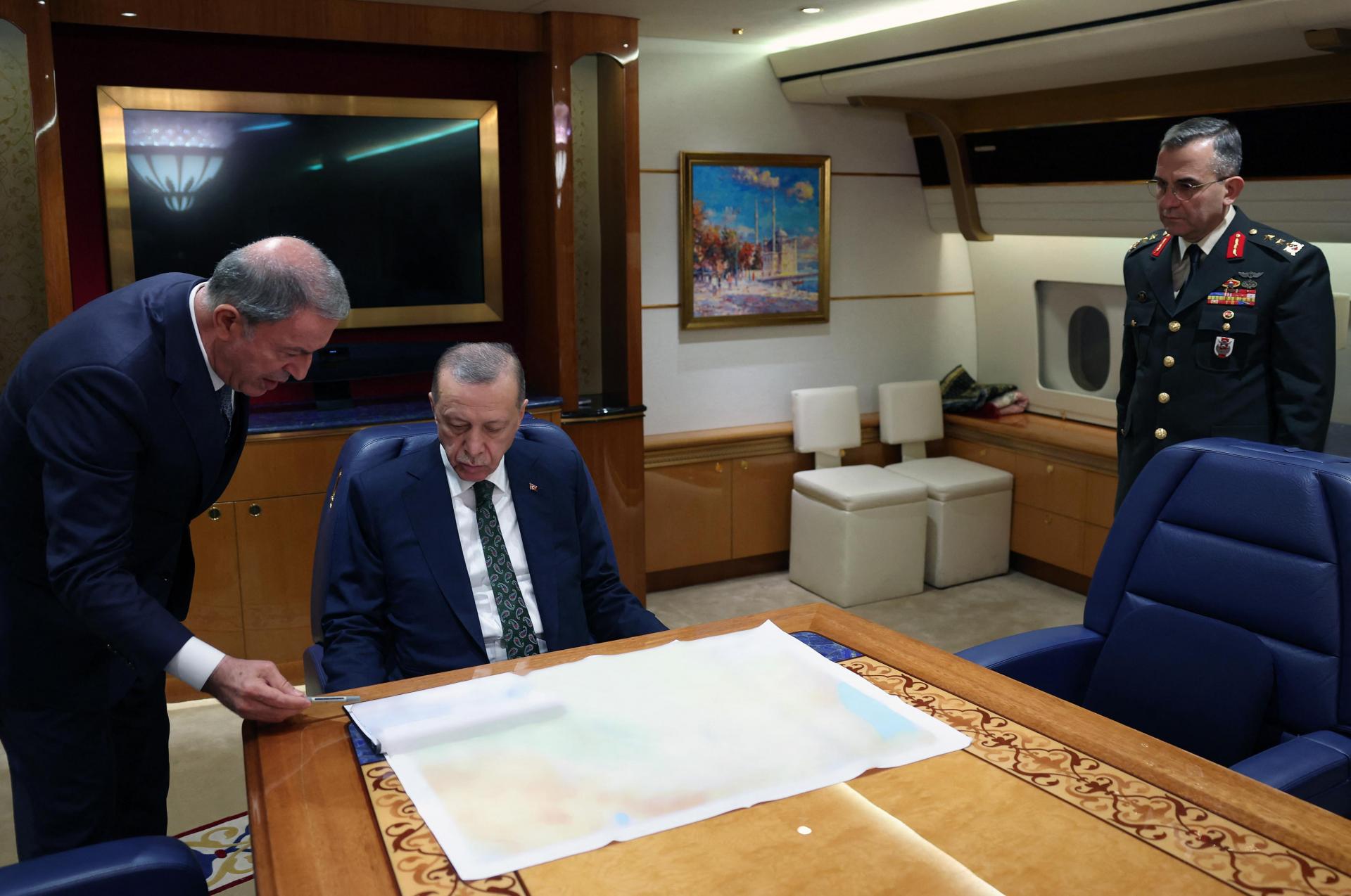 "Terrorist hotbeds razed by precision strikes," the ministry said in another post, which was accompanied by a video showing a target being selected from the air followed by an explosion.

In an initial comment on the Turkish strikes, the Syrian defence ministry said "a number of soldiers" were killed due to "Turkish aggressions in northern Aleppo and Hassakeh province at dawn".

The raids killed at least 11 members of the Kurdish-led Syrian Democratic Forces (SDF) and 10 Syrian regime forces, said the Syrian Observatory for Human Rights, a Britain-based monitoring group that has an extensive network of contacts across the country.

It insisted that the strikes killed only fighters while the SDF claimed that 11 civilians died.

Turkey's military has not reported any casualties and in the past denied the claims that its strikes target civilians.

While Ankara did not give details of the operation, the US-backed SDF also said the city of Kobane in northeast Syria was among the targets hit by Turkish raids.

Kobane, a Kurdish-majority town near the Turkish border, was captured by the Islamic State (IS) group in late 2014 before Syrian Kurdish forces drove them out early the following year.

The United States has relied mostly on the SDF in its fight against IS jihadists.

But Turkey considers the YPG as a terror group linked to the PKK and has often accused Washington of supplying arms to the Kurdish militias in Syria.

Turkish Interior Minister Suleyman Soylu has said Ankara believes the order for the Istanbul attack was given from Kobane, controlled by Syrian Kurdish militia forces.

"Turkish bombing of our safe areas threatens the whole region," Mazloum Abdi, the chief commander of the US-allied SDF, tweeted.

"This bombing is not in favour of any party. We are making every effort to avoid a major catastrophe. If war erupts, all will be affected."

Turkey has launched waves of attacks on Syria since 2016 targeting Kurdish militias as well as IS jihadists, and Ankara and forces backed by it have seized territory along the Syrian border.

Since May, Erdogan has threatened to launch a new operation in northern Syria.