If you're planning a holiday to Turkmenistan, be sure your rental car isn't black.

Gurbanguly Berdimukhamedow, the dictator of the oppressive central Asian nation, has decided to ban black cars from the capital city Ashgabat. 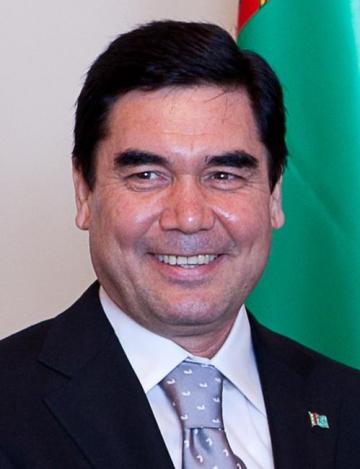 Berdimuhamedow is a big believer in white. Photo: Wikipedia

Owners of black cars said their cars were impounded as of January 1, with authorities telling them they can have them back if they promise to respray them white or silver.

With GDP per capita only slightly higher than USD$6,000, for many affected Turkmens scraping the money together for a paint job is easier said than done.

Berdimukhamedow is a big believer in the lucky powers of the colour white. He lives in a white palace, is driven around in white limousines and reportedly has plans to coat all major state buildings in white marble.

The screw had been turning on black car owners for a while: Berdimukhamedow banned the importation of black, red and dark blue cars in January 2015. He has now decided to outlaw black cars entirely in the capital.

Berdimukhamedow has been president of Turkmenistan since February 2007, having taken over after the death of the country's first ruler, the similarly oppressive Saparmurat "Turkmenbashi" Niyazov. Berdimukhamedow previously served as Niyazov's personal dentist.