A loggerhead turtle laid eggs on Ramla Bay in Gozo on Friday night, in what was the first recorded and confirmed nest in Gozo in 70 years.

The female turtle was seen emerging from the sea at around 10pm and left around 90 minutes later, at 11.30pm.

Her eggs are expected to hatch between the middle and end of July. Eggs will be counted once hatching occurs.

People who spotted the turtle laying eggs informed Nature Trust, which dispatched volunteers to the site within minutes.

The nesting area was cordoned off on Saturday morning.

As happened during previous hatchings in Malta, Nature Trust will be roping in volunteers to keep guard of the hatching site and protect eggs from people and predators such as the ghost crab.

The Environment and Resources Authority will be issuing an emergency conservation order to directly protect the nesting area.

Vibrations, loud noise and waterlogged sands all pose a threat to turtle eggs. Newly-hatched turtles can also be disoriented by artificial lights, being drawn to them in the belief that they are walking towards the horizon.

In a statement, ERA urged the public to help protect the turtles and urged people to report any illegalities or turtle activity to it on 9921 0404 or ced.nature@era.org.mt.

Loggerhead turtles are considered to be globally endangered by the World Conservation Area and capturing, killing, taking or trading them, as well as disturbing their eggs is a crime. 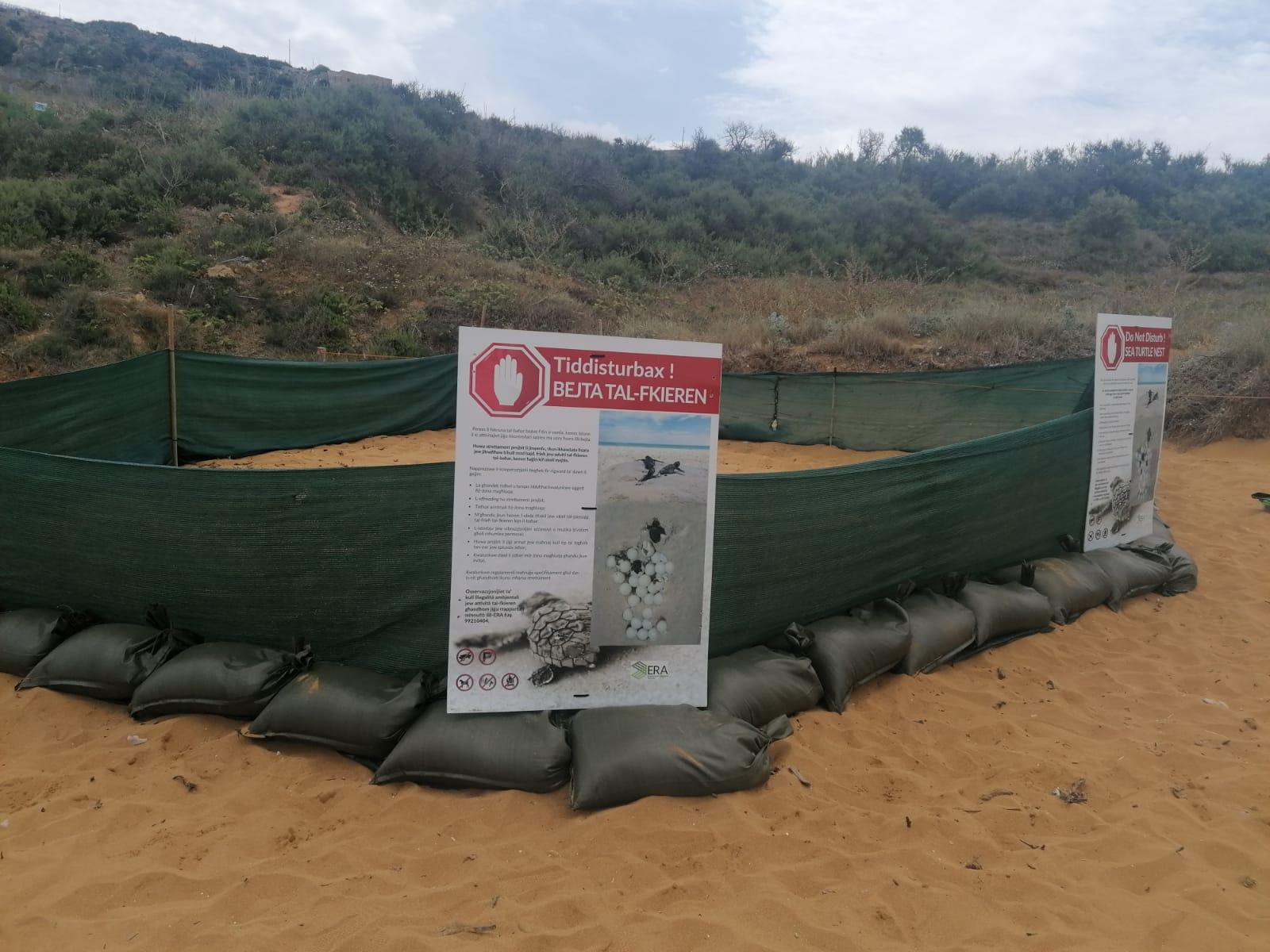 Anyone caught trying to steal or disturb the eggs will be fined a minimum of nearly €500 going up to €2,400 for each egg destroyed, ERA said.

The NGO urged the public to keep a distance from the nest and to observe directives issued by ERA.