Malta’s national broadcaster came in for a tongue lashing in parliament on Wednesday, with Equality Minister Helena Dalli saying TVM had “lacked ethics” when it allowed a controversial interview to appear in an X Factor Malta episode last Sunday. 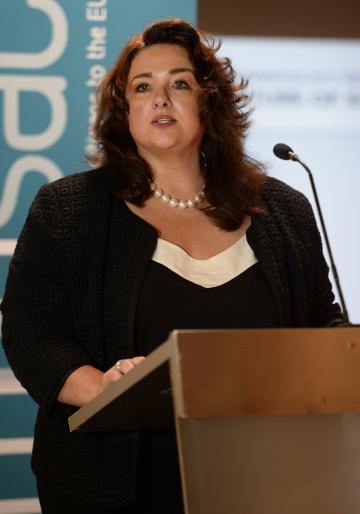 “That interview should never have been aired in the first place,” Dr Dalli told parliament. “It did untold damage to our efforts to change social attitudes towards minorities, including LGBTIQ youths”.

X Factor Malta was forced to dissociate itself from statements made by a contestant during an episode aired on Sunday and which caused uproar on social media.

During the episode, a contestant who is part of a fringe Christian group associated with gay conversion therapy described homosexuality as a sin and said he “used to lead a homosexual lifestyle until I found God”.

Gay conversion therapy – a pseudoscientific procedure dismissed by medical and scientific organisations across the world – was declared illegal in Malta in 2016.

Dr Dalli, whose ministry had already issued a statement condemning the comments last Monday, had little time for those who argued that the comments constituted free speech.

“Free speech comes with responsibilities,” she said. “The national broadcaster has a duty to ensure that its programmes do not harm any sector of society”.

“Statistics show that the highest suicide rate among youths is among LGBTIQ youths with families reluctant to understand them,” the minister said.

“Now youths who are struggling to come out might face pressure from their parents who tell them ‘you see, you can change. This has done untold damage,” she scolded.