Two migrants who survived the tragedy off Lampedusa in October and later escaped from Malta and made it to Sweden have been returned to Malta and were taken to court this morning. 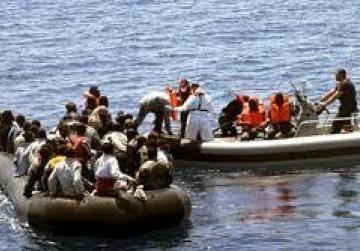 Yahia Sharif, a 28-year-old computer technician from Syria was initially held at Hal Far but was released by the government on compassionate grounds.

He pleaded guilty to having unlawfully left Malta.

Police Inspector Edel Mary Camilleri said that he managed to make it to Sweden before being returned to Malta.

Defence counsel Cedric Mifsud said that his client had cooperated fully with the police and admitted he had committed a mistake. He suggested a conditional discharge.

Inspector Camilleri said she was worried about how he has already managed to leave the island illegally, taking advantage of an immediate release from detention.

In a second arraignment, Youssef Batal, 18, also from Syria, was jailed for a month after the court heard that he had already been conditionally discharged for another attempt to leave Malta illegally.

In handing judgment today, the magistrate took into consideration that Mr Batal was a minor at the time of the crime.