On June 3, 2004, Marie Diane Mulè Stagno’s mother – 60-year-old Maria Dolores Zarb – was giving a Maltese language lesson to Russian girl Nadya Vavilova, 24, in her apartment in St Paul’s Bay. The block, adjacent to a construction site, collapsed when a worker cut through the bearing concrete surface of the building, killing them both. The recent building collapses have rekindled painful memories for Diane. This is her account:

“Hearing about the recent buildings collapsing caused a lot of inner turmoil. It’s taken me back to what happened to my mother. Amongst the feelings that reemerged there’s anger: my mother is dead. No one can bring her back. Expecting that is unrealistic. But two people died and I had been hoping things would change.

These years have been difficult for us on so many levels. I think about that day every single day. The fact that my mother could not see my daughter, her only grandchild, grow up – that’s very difficult. The fact that I can’t call my mother when I need advice.

People say time heals – it makes you stronger but also more sensitive. Sometimes I think: What if? What if she remained alive? What if this never happened? Why did it happen?

My daughter Miriana was two and a half at the time. That morning she was at my mother’s house. I picked her up at 1.30pm after work. A couple of hours later, the building gave way.

Miriana is now 17. Losing her nanna was very difficult. Unfortunately, she grew up around talk about accidents, precautions and court proceedings. So I think she grew up being very cautious. 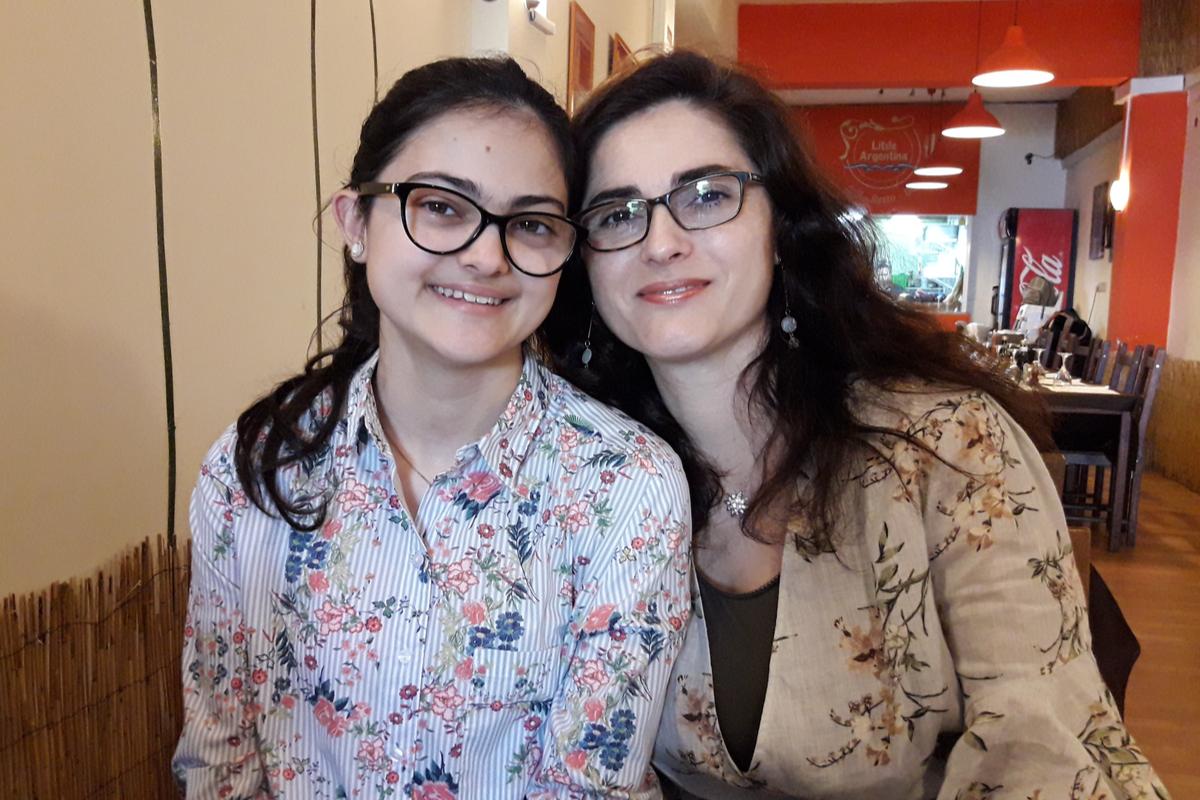 Diane (right) with her 17-year-old daughter Miriana, who was a toddler when her grandmother was killed

Nothing much has changed

“So yes, these situations bring up all types of emotions. In the beginning, just after my mother’s accident, and after the court decision, there was more awareness and people were being more careful. In 2009 the owner of the plot was convicted for three years and a construction worker sentenced to 18 months for the involuntary homicide of the two women. The case was appealed.

But things then started going back to how they were. These last few months, things just got worse. This is what I had been afraid of. Over the last few years every time I’ve walked past a construction site I’ve felt the need to stop and look. Unfortunately, it became part of me. It’s a need I feel – to see if things have become any safer. The court had made several recommendations. They should have been implemented and enforced immediately after my mother’s judgment for everyone’s safety. What made me angry is that nothing much happened. 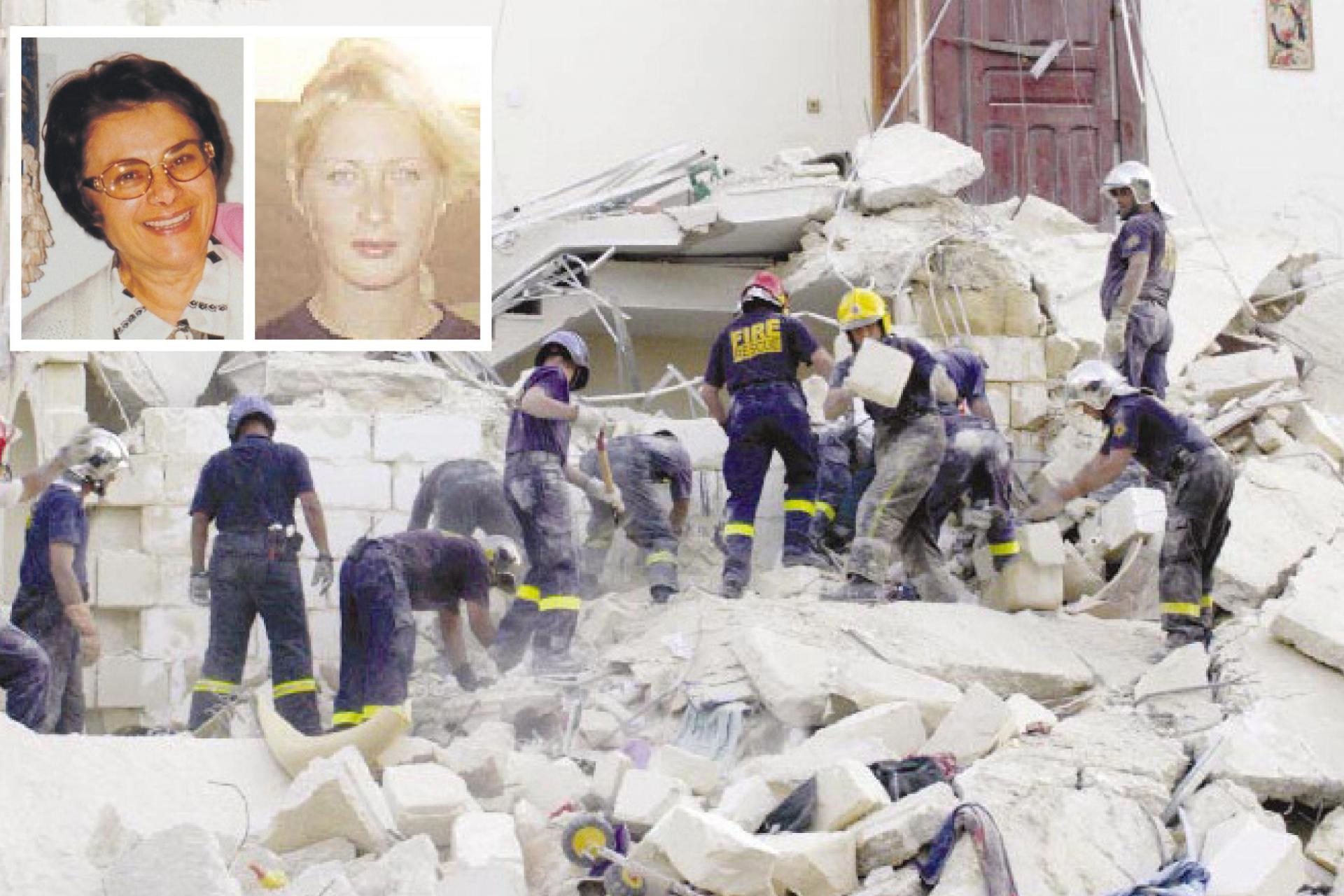 Maria Dolores Zarb (left, inset) was giving a Maltese language lesson to Nadya Vavilova (right, inset) in her apartment when the building collapsed, killing them both.

Hopefully, with the new regulations, there will be change. But it’s useless having things on paper – laws and regulations not being adhered to. We need enforcement. I can’t have peace of mind knowing that laws are being ignored.

I believe that it’s not just the architect who should be responsible. It’s the owner, the site manager, the builder, contractor and sub-contractor. Each and every role I mentioned must be clear and they should all be trained professionals in their own way. And by professionals I mean they have to be ethical and have a sense of moral values.

“The anger I have is because we are putting morality aside. I do understand that these are business people and they want to profit. But this should not come at the expense of protecting others – lives, property and possessions alike. Before these accidents there are sometimes warning signs that the residents would have flagged up. Let’s listen to one another, especially in these circumstances. My heart goes out to the victims of the recent collapses. Thankfully, no one died but they suffered great losses. They lost their homes and their memories. Like us they were living a normal life then everything changed.

When these things happen the government should immediately provide psychological support to all involved. Because it is very, very, very tough. Who knows how much these people have sacrificed to own a property – then suddenly you don’t have anything. They don’t know what’s going to happen, where they’ll live. They can’t access their own belongings.

The government should also provide support for people to get back their possessions – not allow them to get buried under rubble or stolen. Even if they can retrieve a single photo or token – it would mean the world to them. 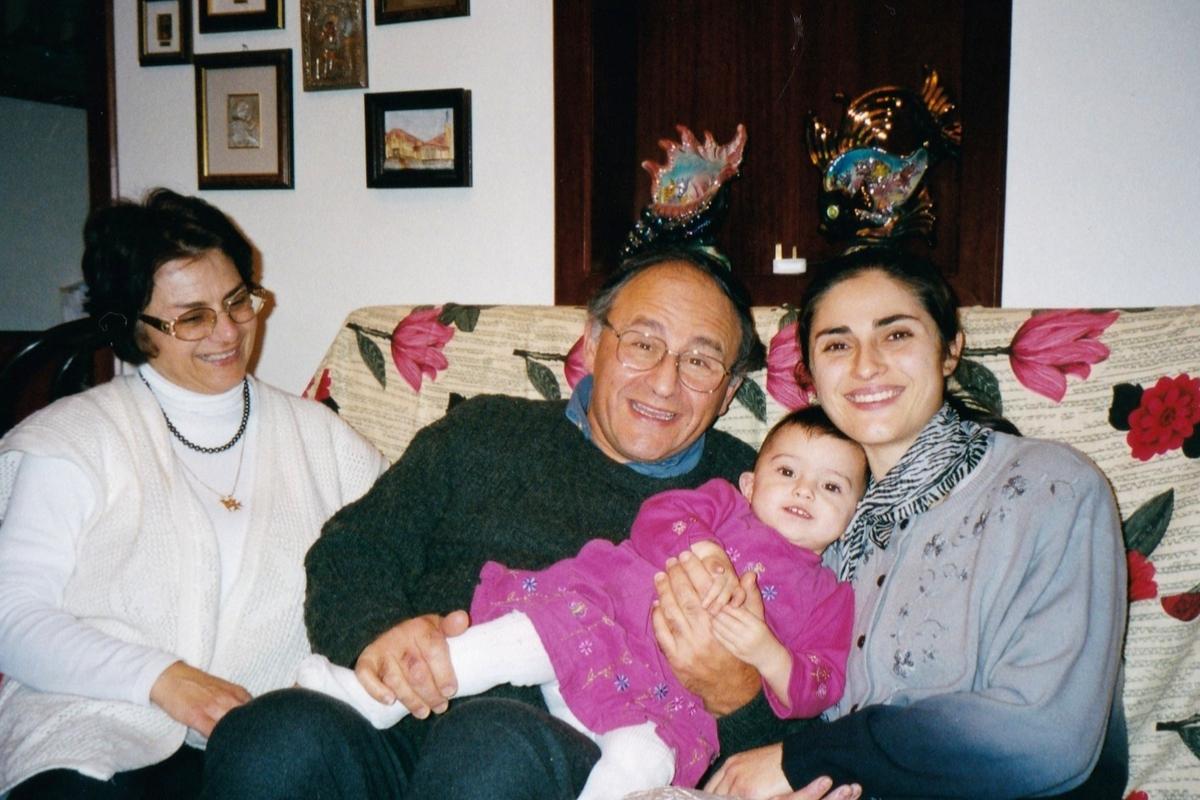 Victims should be given a point of contact to access during nearby construction and afterwards in case of such tragedies. They need to know their rights, where to seek professional help – whether it’s legal or architectural. I think we’re lacking over there.

We’re still waiting for the appeal to be decided. But the outcome of the appeal is not really relevant for me. What I always wanted is that whoever was involved becomes more responsible. And peace of mind. I would not want anyone to have to go through this. It’s something which marks you for life.

Over the last few years every time I’ve walked past a construction site I’ve felt the need to stop and look. Unfortunately, it became part of me. It’s a need I feel – to see if things have become any safer.- Marie Diane Mule Stagno

I want to make people understand that being responsible is of the utmost importance. Residents need to be responsible by avoiding a laissez-faire attitude and seeking guidance and support. The relevant authorities need to take these matters seriously without fear or favour.

Those in the industry need to be responsible for other people’s lives. Yes, business is important. But not to the detriment of others. I can’t accept that.”

Victims of construction-related accidents have been calling for more support when such tragedies occur. Some people who lost their homes during the three recent incidents even suggested having a point of contact to guide them on the way forward and inform them about their rights.

They spoke about the need for psychological support and for a system in place to safeguard their belongings from being buried or stolen from the rubble.

Times of Malta asked the Infrastructure Ministry if there were plans to introduce any such measures. A spokesperson for the ministry said: “Please note that the new legislation is related to building and construction only.”