Updated at 5.35pm with President's statement

Two soldiers are believed to be behind the drive-by murder of a migrant in a shooting which left two other men injured in Ħal-Far last month.

One of the men was detained on Friday and the other was arrested on Saturday and is being interrogated, sources said on Saturday.

The killing is believed to be the first racially-motivated murder in Malta, with sources close to the investigation saying that one of the accused had admitted to targeting the migrants “just because they were black".

Times of Malta is not publishing the names or photos of the two young suspects, as they have yet to be charged with a crime in court.

Ivorian national Lassana Cisse was killed on April 6 in the drive-by shooting in Triq il-Ġebel in an incident that sparked shock among the migrant community.

Read: Scene of migrant murder is hotspot for racial attacks

In a statement on Saturday afternoon, the police confirmed that two Maltese suspects were in custody. The vehicle used in the crime as well as the weapon used in the shooting have also been confiscated, the police said. The police said a magisterial inquiry was under way but would not divulge further information for the time being.

Sources said the two suspects behind the attack had also been linked to a hit-and-run incident along the same road a few months ago that had left a teenaged migrant with heavy scarring. 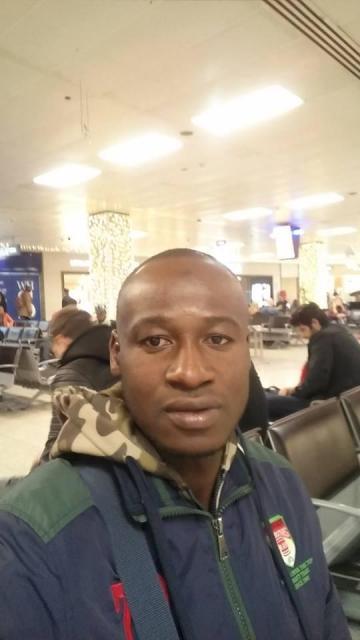 Times of Malta had first reported on the hit-and-run after members of the migrant community said they were feeling unsafe.

Read: A hit-and-run went unnoticed until a murder on the same road

The victim of last month’s shooting, who used to work in a factory near Ħal Far, did not have a troublesome background. He was known for often checking in on his fellow countrymen at the open centre after work, trying to ensure they were doing well in a new country.

Sources said that police had tracked down the two parties by identifying the white hatchback car used through CCTV.

“Investigations have been going on from day one and the police have been working hard to get to the bottom of this,” a source said.

Police arrested one of the two soldiers on Friday and after a few hours of interrogation he had admitted to being in the car at the time but not to firing the shots.

It is still unclear what rank the two Armed Forces of Malta soldiers held and where they have been stationed.

AFM holding its own investigation

In a series of tweets, Prime Minister Joseph Muscat said an ongoing internal investigation along with other security services was ongoing to determine whether these are isolated, rogue individuals, or part of something wider.

"The conclusion of this investigation shows that Malta is a safe place for everyone, and it should remain so."

BLOG: This is what happens when.... - Herman Grech

He said words of hatred and division have no place in our society.

"It is a strong signal to all those who spread hate speech.There are consequences to spreading such ill placed sentiments. We remain steadfast in our call for unity among the Maltese and all those who live in Malta."

2/3 There is an ongoing internal investigation along with other security services, to determine whether these are isolated, rogue individuals, or part of something wider. The conclusion of this investigation shows that Malta is a safe place for everyone, and it should remain so.

President George Vella expressed sadness at the news and urged people not to rush to judgement or to use the news to tar all of Malta's disciplined forces with the same brush.

He offered Malta's migrant community his condolences, saying "this act does in no way reflect the sentiments of the Maltese and Gozitan people," and warned against hateful, xenophobic rhetoric.

Read: How politicians, activists and citizens reacted to the news

"An incident like this should make us reflect deeply and at length, and should steer us to hold a sincere dialogue on the future of the country as a multi-ethnic, multi-cultural, and tolerant society," he said.

'We are relieved and angered' - NGOs

In a statement, three NGOs commended the work carried out by the police force in bringing to justice those responsible for this crime.

"We are both relieved and angered to receive news of the arrest of a suspect for the murder and attack... and trust that the second will be captured as soon as possible," said a statement by Aditus, the Jesuit Refugee Service and Integra Foundation.

"Lassana was specifically targeted and murdered in cold blood because of his colour. This was a racially motivated hate crime, an act of violence that must send a shudder through the body of every one of us. We hope that this arrest will bring some peace of mind to the family of Lassana, and also to Mohamed and Ibrahim, the two survivors who are still coming to terms with what happened to them, and who may never recover from this vicious attack."

They said hate festers and betrays us all, including the perpetrators of this despicable and senseless act of violence.

"We urge the authorities, and everyone, to do everything they can to prevent hate crime now and in the future."

'This is not the Malta we want' - Delia

"PN fully condemns hate crime, racially motivated violence and racial discrimination in all its forms," he wrote on Twitter.

2/2 This is not the Malta we want. Much work is to be done to make Malta a truly safe place. Well done to the @MaltaPolice force for their sterling work.

"This is not the Malta we want," he added in a second tweet, in which he thanked police for their work.

"Much work is to be done to make Malta a truly safe place".