Two luxury hotels, one of which housed in a tower, upmarket residences and boutique retail areas are among the Corinthia Group's plans for St George's Bay.

International Hotel Investments plc today presented shareholders, at the company’s annual general meeting, with further details of its plans to develop an upscale mixed-use resort on its 77,000 square metre site.

The proposals remain subject to zoning, planning and land use considerations under discussion with the relevant authorities.

The project includes the sites in St George’s Bay currently occupied by the Corinthia St George’s Bay Hotel, the Marina Hotel and the Radisson Blu Resort. These properties are already owned by IHI. 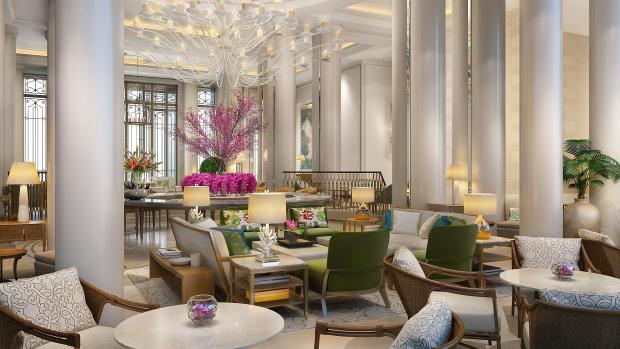 The existing Corinthia Hotel will be redeveloped into a six-star beach resort, and another luxury hotel will be built specifically catering for business visitors. The project features two towers, therefore "preserving valuable land space", according to a Corinthia statement.

"Only 27 per cent of the site's footprint will be occupied by the luxury development, while the remainder will be a combination of lush gardens, open spaces and water features.  The major objective of the project is to set new standards in architectural design, internal and external finishes, landscaping and, above all, to be supported by the level of service for which Corinthia is internationally renowned."

IHI chairman Alfred Pisani said: “Our objective is to bring back all the overseas experience we have gained in other countries to ensure our St George’s Bay project matches the standards achieved at our award-winning developments at the Corinthia Hotel in London and elsewhere. Our total focus is on quality, quality and quality.”

Since land in our country is limited, this strategy necessitates the construction of high-rise buildings- Alfred Pisani

The development has been supported by top international architects and designers who are taking into account proportion, symmetry, balance and scale.

Furthermore, the company has involved interior designers and landscape architects of international repute, that will make this project unique in Malta – while it will compete with the very best in the Mediterranean.

Mr Pisani said: “If the island is to truly achieve its objective to become a high-end destination and flourishing financial centre, it must provide the kind of top quality accommodation and facilities available in countries like Singapore and Dubai, while at the same time delivering an end product that reflects Maltese characteristics. 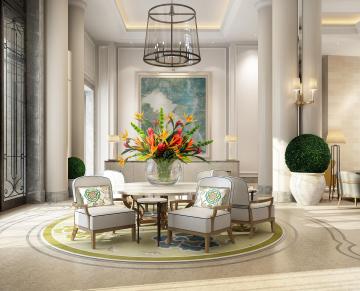 “Since land in our country is limited, this strategy necessitates the construction of high-rise buildings. This is the only way to satisfy expected demand. There is no other option if we are genuine about wanting to preserve precious land."

He said Corinthia is also supportive of the need for development to take place within the context of a masterplan for the entire area.

During a press conference last year, the Corinthia Group had said the “sprawling” development would not include tower blocks. 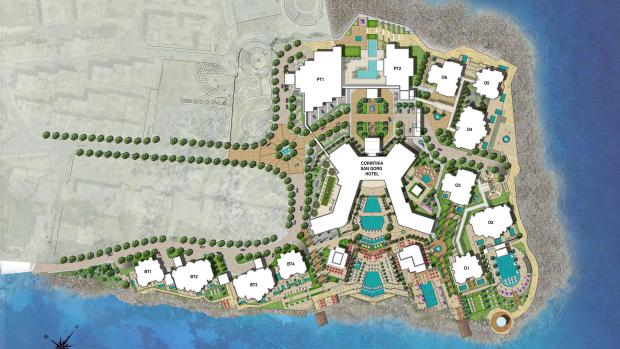 The Corinthia portfolio features the flagship hotel in London, as well as award-winning Corinthia Hotels in Budapest, Malta, St Petersburg, Prague, Lisbon, Khartoum and Tripoli. Corinthia recently also announced the acquisition and redevelopment of the landmark Grand Hotel Astoria in Brussels, to be relaunched as a Corinthia Hotel, as well a new luxury beach resort under construction by the Meydan Group in Dubai.

Another three towers are planned by the Seabank Group and Villa Rosa at St George's Bay.