Just days before the last general election a party candidate shared her frustration with me following a home visit.

"So I visited this home and the father said he and his entire family wouldn't vote for our party unless we cancel his unpaid traffic infringements fines - all €1,000 of them! He was even arrogant in his demands," the candidate recounted with a tone of frustration. 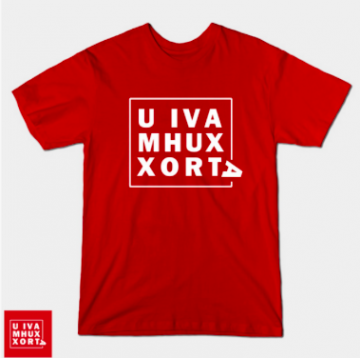 Times of Malta cartoonist Steve Bonello has even turned the saying into merchandise.

It's an old story which has lingered on since the Lorry Sant days. But now comes the worrying bit.

When I told the candidate that I hope she sent the crook flying and instructed him to take lessons in discipline, she replied: "No, I told him I will see what I can do to help. Of course I can't do anything to strike off his fines but I know this is what the other candidates are telling him.

For me the story is symptomatic of the State-sanctioned indiscipline which often renders our country into a banana republic.

It symbolises a nation which is prepared to go the extra mile to cut corners and break the rules knowing you can get away with it. Because the law-breakers know that most authorities are willing to turn a blind eye, that they don't want to upset the apple cart, and the law-abiding citizens are almost resigned to accept what the Italians call "fatalismo meridionale".

I'm very conscious of the north/south divide. We can never aspire to have the same discipline of the Scandinavians because we are somewhat programmed differently.

What upsets me and many others is the "u iva mhux xorta" attitude". It reflects the willingness to cut corners at the expense of breaking the law. We don't want to do things in the right way if it's going to cost time or money. Ultimately, it stems from the fact we have no respect for each other.

The tiger incident at the Montekristo zoo last weekend symbolises all of the above. The operators were allowed to run the zoo for years knowing it was illegal. Successive governments have turned a blind eye because they did not want to upset the operator or the hundreds of parents who see nothing wrong with the fact that such exotic animals should not be housed in an illegal structure.

What is especially worrying is that I sense an increasing number of people who are becoming passive passengers on board the "anything goes" train, provided it doesn't directly impact them. After all, they know the government is hardly leading by example. On the contrary there is a growing perception that you will somewhat get away with it - if you try. If not, you might be granted an inquiry which will simply wipe the issue under the carpet.

Laws, regulations, even the basics of respect cannot and should not be negotiated, irrespective of any pre-electoral deals which are not made in my name.