Life is fine every time, say the English reggae and pop band UB40 in their greatest hit Red Red Wine.

And they will be singing that song and more live on July 25 in Malta when they will take centre stage at this year’s edition of the Għaxaq Music Festival. 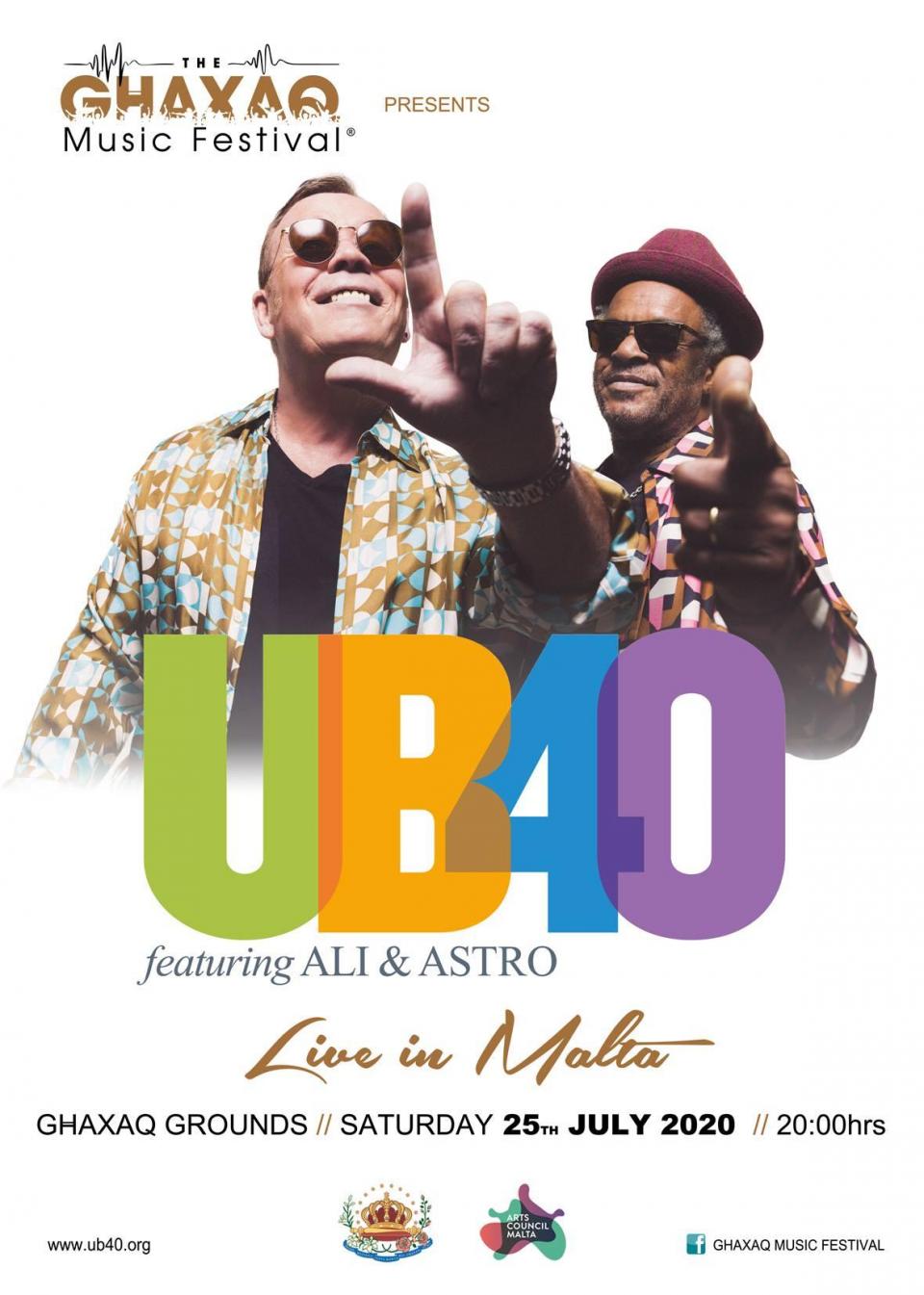 Ali Campbell and Astro, both founding members of the original UB40, will be joined by their eight-piece raggae band.

UB40’s roots dug deep into the reggae and rock steady rhythms of yesteryear and ended up producing three "Labour of Love" albums.

Besides the chart-topper on both sides of the Atlantic Red Red Wine, other UB40 classics include Kingston Town, Can’t help falling in Love and Cherry Oh Baby.

The Għaxaq Music Festival enjoys the patronage of the Arts Council Malta.