Air Malta confirmed on Wednesday that it had denied boarding to 75 Malta-bound passengers at Heathrow Airport after a last-minute decision not to accept digital UK vaccine passes.

According to passengers on board the plane the people were turned away as they tried to use an NHS app showing they were fully vaccinated.

One frustrated person, who spoke to Times of Malta after arriving at Malta  Airport on Wednesday afternoon said simply: "Don't bother flying".

UK travellers planning trips to Malta have been plunged into confusion by conflicting information about whether or not their digital vaccine passports will be accepted as valid for entry.

On Thursday evening, the day before UK tourists could travel quarantine-free to Malta, it emerged the Maltese authorities will restrict entry to travellers with NHS COVID-19 vaccine certificates that were received by post.

'It's so unfair - shame on you Malta'

But a large group of passengers who were about to board a plane to Malta on Wednesday afternoon were turned away after they showed up with the app instead of the printed certificate.

One Facebook user said her parents had been eager to travel to Malta but were left disappointed and unable to fly because of the certificate issue. 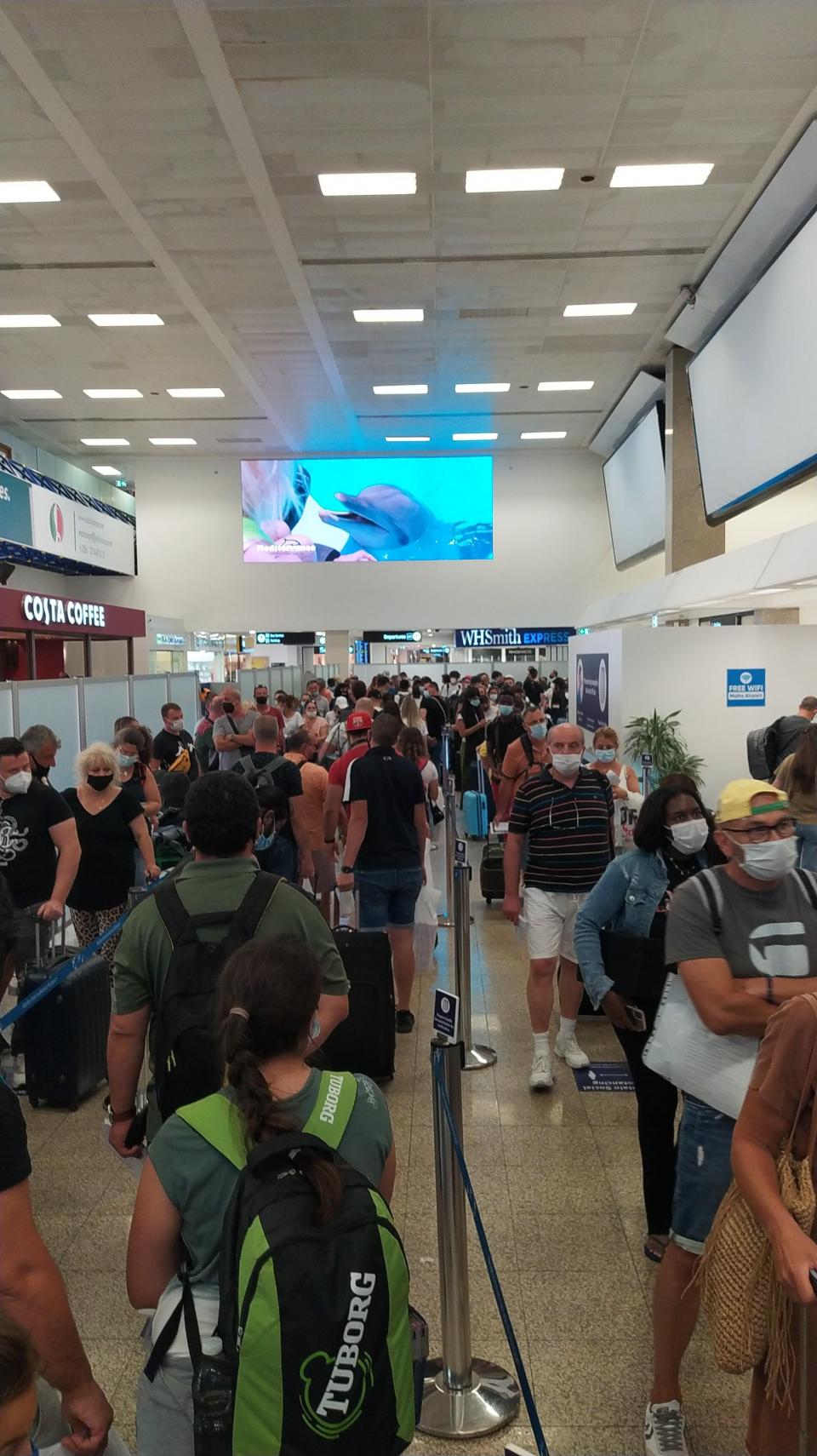 Queues of travellers waiting to have their COVID documentation checked at MIA on Wednesday.

"It's so unfair to change the rules 12 hours before scheduled flights without a contingency plan for those who already have flights booked - shame on you Malta!!" she wrote.

To add to the confusion, Health Minister Chris Fearne initially said that the change to only accept physical letters was a temporary one and that digital versions of the UK COVID pass would be accepted by Thursday.

"Once we join the EU [COVID pass] system, we will be able to read the [UK] digital certificate," Fearne said.

But the minister appeared to have misspoken: in a statement sent out later on Wednesday, the health ministry said that it would take an undisclosed number of days to fix technical problems and start accepting digital passes.

Until that happened, only posted NHS letters would be accepted as valid proof of vaccination for travellers entering Malta from the UK, they said.

Health authorities blamed the problem on the UK, saying the country had not provided a "verifier app" to allow local border control authorities to verify the passes.

"Authorities are working to develop this verifier app specifically for the UK certificate," the statement said. "This will work in the same way as that developed for the European app."

In a statement, Air Malta said that it received the notification of the changed entry requirements into Malta from the UK late Tuesday afternoon.

"Unfortunately, today, in line with the said new rules, Air Malta denied boarding to 75 customers at London Heathrow airport who were scheduled to fly to Malta on KM101. These customers did not have the original printed paper certificate as required in the latest regulations. There were also a small number of families who were denied boarding because the current scenario does not facilitate acceptance of those aged 12-17 to travel into Malta. There were a further 28 passengers on this flight who did not show up to travel this morning.

"We understand that the authorities are doing their utmost in order to hasten the availability of the verifier app meanwhile until that is available Air Malta can only accept the paper-based certificates," the airline said.

Travellers in UK airports were not the only ones disappointed by their Malta experience on Wednesday: passengers who made it to Malta International Airport from overseas flights reported significant delays in making it out of the airport.

One traveller who lives in Malta told Times of Malta that it took him around 90 minutes to get through the paperwork queue.

"I spent two hours on the flight and almost the same time in line. Why don't they have a dedicated line for Maltese and residents?" he asked.

Malta is expected to connect to an EU-wide COVID pass verification system on Thursday, although Health Minister Chris Fearne has said "technical problems may occur in the first days" of the system.