Civil society group Repubblika said reports that Ukrainians have been told to stay away from the NGO's protests against Russia "sadden [the group] but does not surprise" it.

Administrators of one of the groups for Ukrainians in Malta recently posted a warning to members telling them that "whoever promises you at the rallies [sic] only the current government of the Republic of Malta and officials can actually provide [them] with administrative assistance".

The issue was first raised on Friday morning by blogger and journalist Manuel Delia. 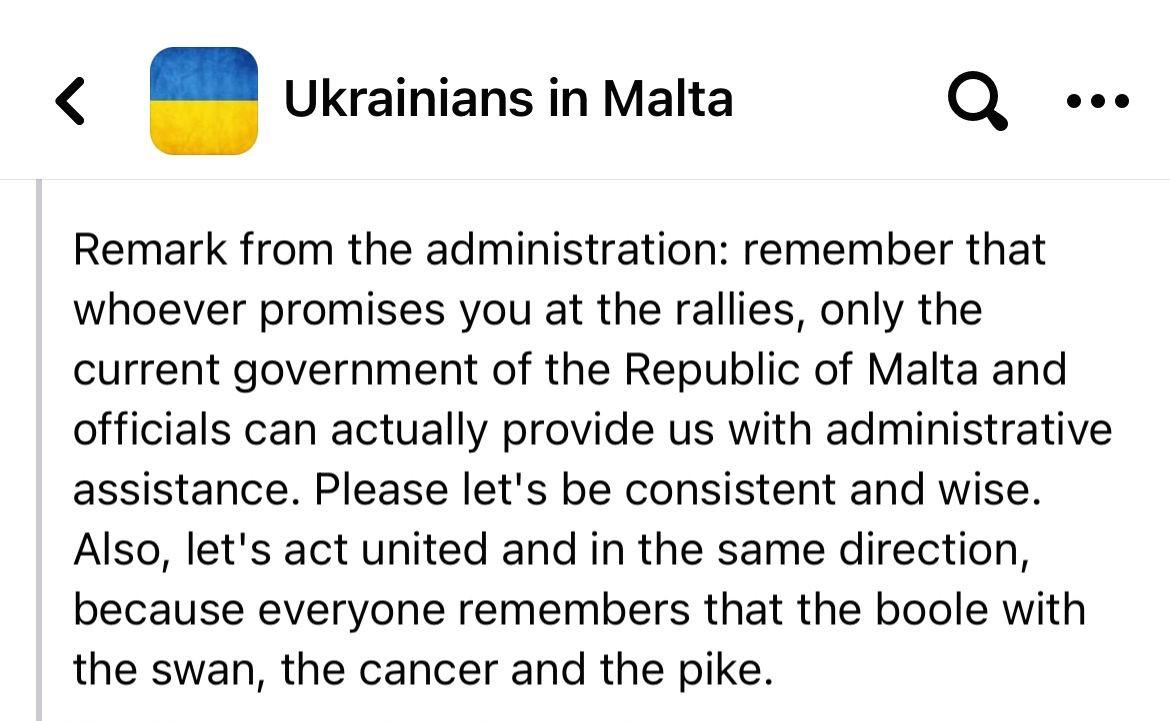 When contacted, Repubblika president Robert Aquilina told Times of Malta the NGO was also aware that Ukrainians were warned to stay away from protests.

"We confirm we have come across this feedback. If Ukrainians in Malta have been told to stay away from Repubblika, they will not be the first to be warned to stay away from our events or risk facing retribution. This saddens us, but does not surprise us.

"Our Ukrainian friends are undergoing a terrible trauma because of what is happening in their country and we sincerely hope that everyone in Malta, from the government down, is doing their utmost to help Ukrainians in need," Aquilina said.

The NGO president said the NGO will continue to stand by the Ukrainian people and "no semi-official bullying" will stop it from calling for the war to stop and for the rights of all people to be respected, by [Russian President] Vladimir Putin and by tyrants everywhere".

Activists from Repubblika have held a number of protests outside the Russian Embassy since the invasion of Ukraine started.

In the latest one on Tuesday, a life-size cut-out of Putin fashioned as Adolf Hitler was placed outside the embassy.

A number of Ukrainians attended that protest and carried flags of the war-torn country and carried placards reading 'Russia say no to Putin', and 'We stand with Ukraine'.