Ukrainians who fled their country in recent weeks and others who have lived in Malta for a few years on Sunday held a small but poignant protest in front of the Russian Embassy in Malta to mark what is being called Russian Shame Day.

The Ukrainian World Congress called on Ukrainians all over the world to hold similar events as Russians prepare to hold their annual  May 9 celebrations of the Soviet Union's victory over Nazi Germany in the second world war. 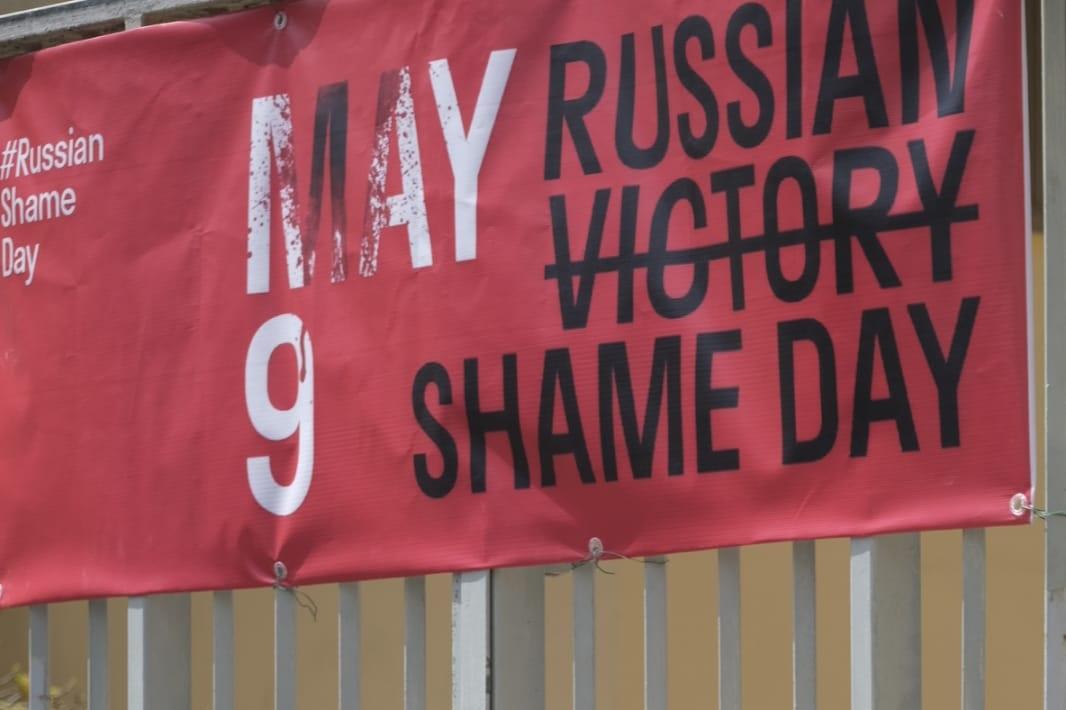 Standing in front of the embassy in Kappara, many clad in their country’s blue and yellow flag, the Ukrainians again called on world leaders to help stop the invasion that has devastated their country and taken away the lives of many of their relatives and friends.

Hanging on the embassy gate was a banner with the words 'May 9 Russian Shame Day,' the word Shame replacing Victory.

Laid out on the street in front of the compound were photos of 21 Ukrainians, victims of Putin’s invasion, hanging on small wooden crosses. In front of each one was a red candle. The youngest victim was three months old. 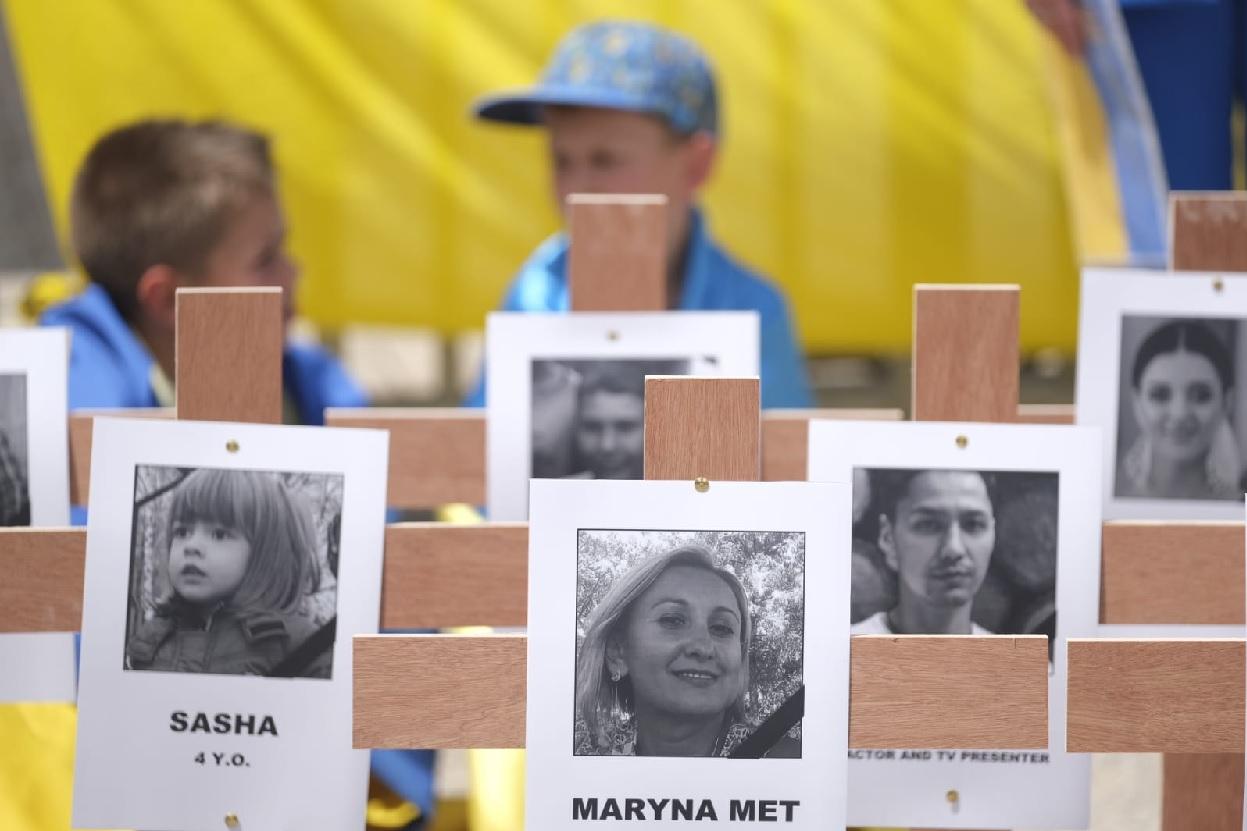 Photos of some of the victims of the war in Ukraine were laid in front of the Russian Embassy during the protest. Photo: Jonathan Borg

The protest started with those present singing the Ukrainian National Anthem, followed by a minute of silence.

Among the speakers at the event were Rita, a young woman who fled Ukraine, as well as her mother, who both read out their emotional messages in Ukrainian.

Sergey, who left Ukraine a few years ago, said the Russian invasion started back in 2014, when Russian forces occupied the Crimean peninsula, and started what he described as the “genocide of Ukrainians”.

“That is when our country fell in decay, chaos and anarchy”, said Sergey. 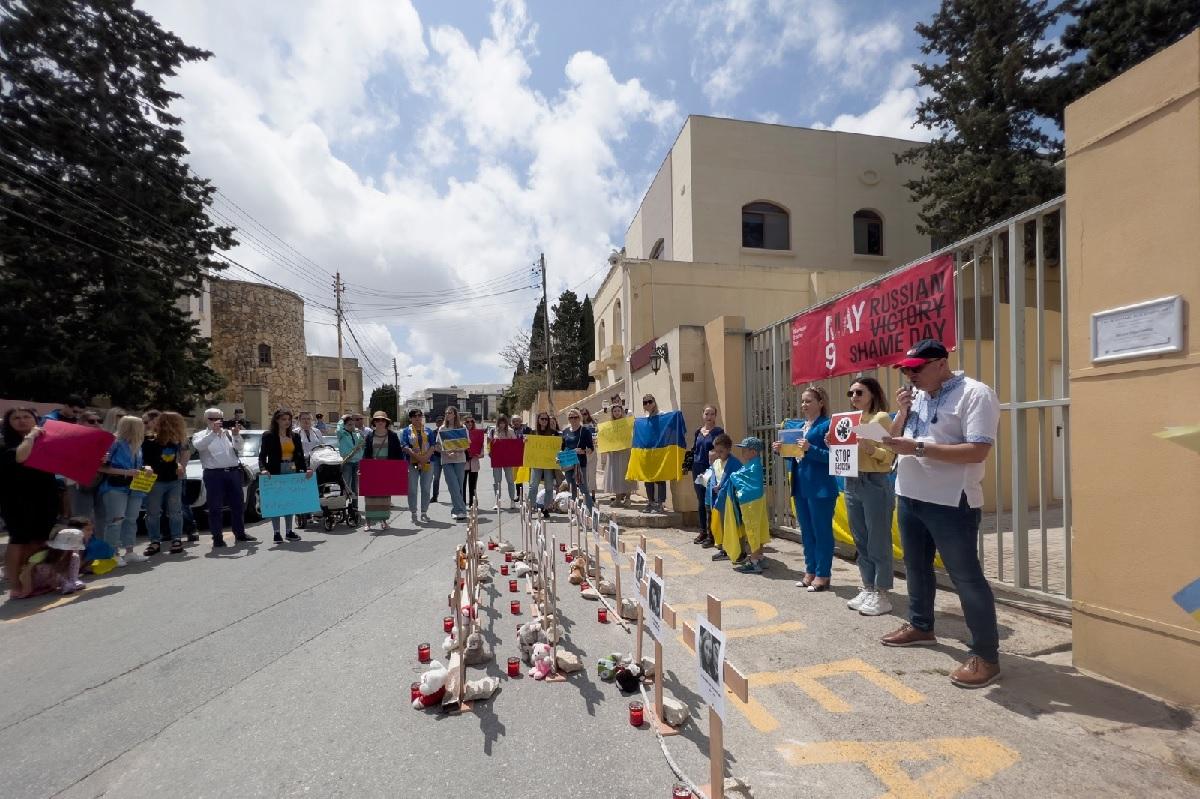 Ukrainians clad in their national flag protest in front of the Russian Embassy in Kappara. Photo: Jonathan Borg

The Ukrainian community thanked the Maltese people for their generosity with them, and for welcoming them so warmly into the country, and expressed their hope that the war in their country would soon come to an end, and together with it, an end to the misery and suffering of the Ukrainian people.